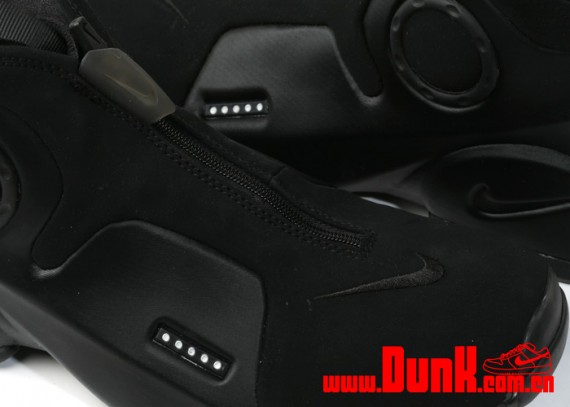 The Nike Air Flightposite II LE has been a highly anticipated release for 2010. Originally worn by Kevin Garnett during the 2000 season before his move to adidas, 10 years later we get a pretty solid retro with few changes from the original silhouette. The only visual differences seem to be the lack of any KG references on the shoe. If you have been waiting to grab a pair of the Nike Air Flightposite II LE, they are already starting to show up at select Nike retailers. If you’re still on the fence with these, you can check out a bunch more pics after the jump to help you make up your mind. Via Dunk.