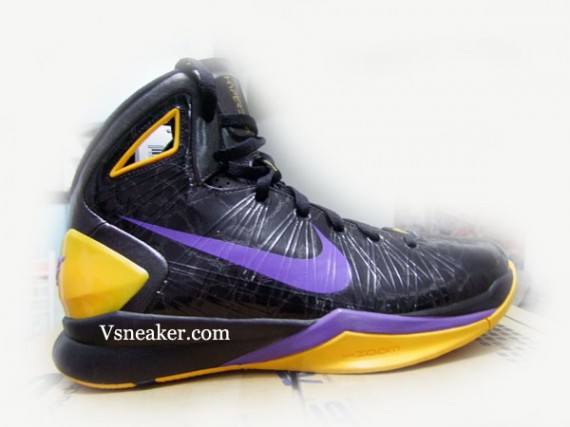 Another day, another pair of Lakers-looking kicks.  Actually, it’s more like three today, but we won’t complain about one of the hottest Nike Hyperdunk 2010s to be spotted on film.  Had his signature series not risen like the phoenix that is Kobe Bryant’s post-Eagle career, these would have been a perfect road look to compliment the Lake Show unis.  As it stands, we’ll probably see guys like Shannon Brown and Lamar Odom in them at some point.  With this year’s Hyperize, it’ll probably be next season before these show up on NBA courts, but who knows; you should stick with Sneaker News for updates.  via Vsneaker