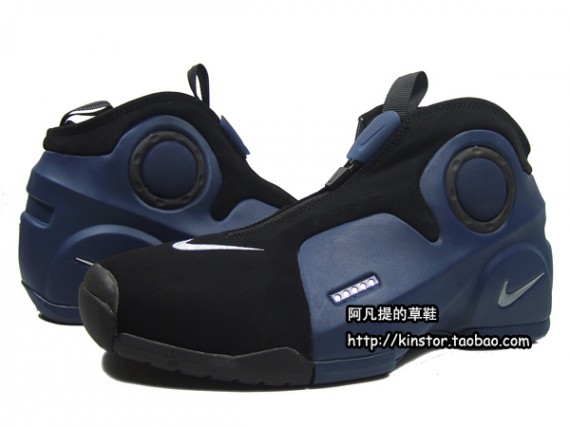 Nike Alpha Project footwear and gear first hit store shelves back in 1998, with the then-new premium tier designated by a new 5-dot insignia.  A dozen years later, Nike Alpha is little more than a historical footnote, but the sense of unlimited possibility echoed in that same time by the dot-com bubble, that feeling is perfectly encapsulated in this shoe.  The Nike Flightposite II LE is still ahead of its time in some ways, offering a sleek look into the future of footwear.  This new retro release of a former Kevin Garnett signature appears with a nice mix of black on the textile sections plus a navy blue Foamposite hindfoot.  Check out more images after the jump and stick with Sneaker News for updates.  via Kinstor