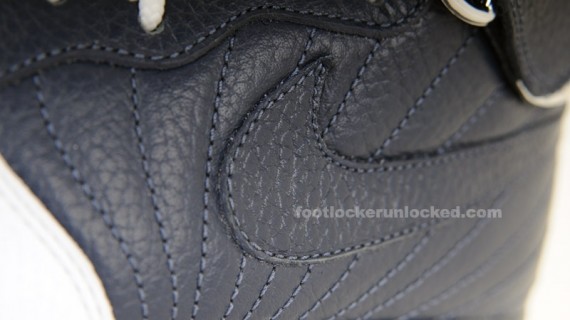 Among the more interesting looks from yesterday’s Jordan Brand Fall 2010 collection preview is the new Air Jordan Force XII (AJF 12) pictured above.  These hearken back to the 1997 NBA All Star Game where MJ was named one of the 50 greatest players in NBA history and recorded the only All Star Game triple-double ever.  In the thirteen years since then, we’ve seen these retroed once, but it was as a lowtop version in 2004 which almost doesn’t qualify because the Air Jordan XII Low didn’t release in 1996-97 alongside the OG XIIs and didn’t show up until ’04.  Maybe that’s why this shoe looks so great, but it’s also entirely possible that this is the best AJF design yet.  They’ll hit Jordan Brand retailers like Foot Locker on August 28th so check out more images after the jump and stick with Sneaker News for updates.