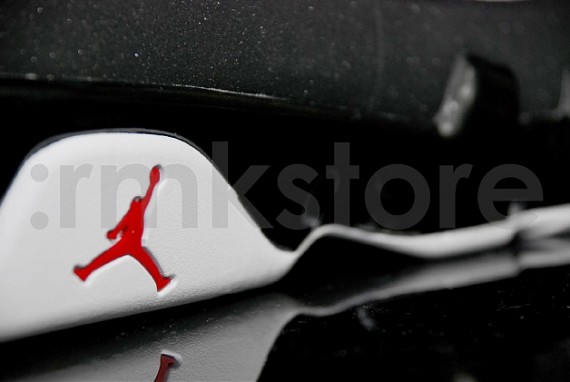 This is a big year for the Jordan IX.  The installment for the Jordan Silver Anniversary dropped back in March, while the highly anticipated Powder University Blues just hit stores this past Memorial Weekend.  Also to come in the future are the Bin 23’s, Black/Citrus, and also the Charcoals later in the year.  In the midst of all these releases, JB will also be retroing the White/Black-Varsity Red; a big surprise as it was just seen as part of the Collezione 14/9 during the Countdown Packs in 2008.  Nonetheless, its a classic that we’re sure quite a number of fans didn’t buy during the CDP’s because of distaste for having to buy the XIV with it.  On the other hand, it’s also very likely of the number of readers that are upset to find out about this release because they did in fact buy the CDP just to obtain the White/Black/Red 9’s.  As we look forward to see how well it will do for its scheduled August release, you can cop yours early thanks to RMKstore on eBay.