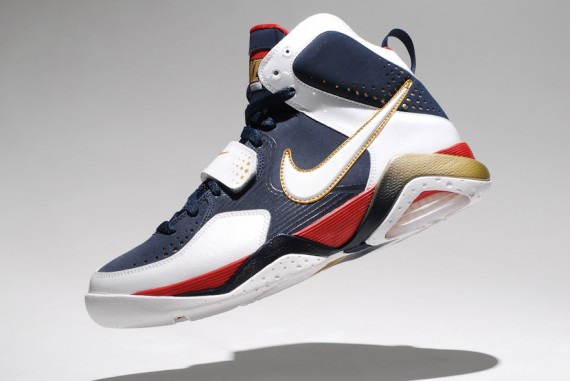 With the USAB/Olympic colorway more popular than ever on a range of sneakers, the Nike Air Zoom Barcelona serves as the ultimate pastiche from the team that made this red/white/navy/gold combo famous.  The Zoom Barcelona, is, of course, named after the city where a who’s who of NBA talent stormed the ‘amateur’ basketball scene and dominated each and every opponent.  It’s made of designs elements you can see clearly in the Air Jordan VII, Air Force 180 and Air Ballistic Force, yet the slight modernization of the lines and Zoom Air cushioning allow for a nice mix of golden era and today.  Take a look at a bunch of detailed images after the jump and stick with Sneaker News for updates on the Air Zoom Barcelona release date.  via Kenlu 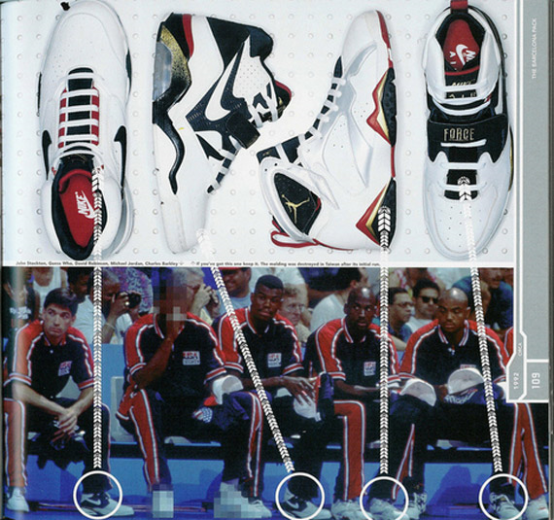