Not long ago, Sneaker News provided you information regarding a possible retro of the Air Jordan XIII in the Black/Altitude Green colorway, and in late September, Sneaker News confirmed a release for December 2010. Earlier today we learned of a possible Retro of the Black/Varsity Red colorway as well, giving a grand total of five original colorways in a span of five months. The Playoff XIII is set for a Spring 2011 release, which could shorten that five-month span into a mere three-month period. Flints, White/Red, Playoffs, Breds, and Altitudes – that’s quite a starting five. At $160 pair, it will certainly be tough to get a hold of all five pairs, but if you already have your eyes set on the Altitudes from early on, VMVinc has a pre-order available, with a projected ship-date of October 30th. 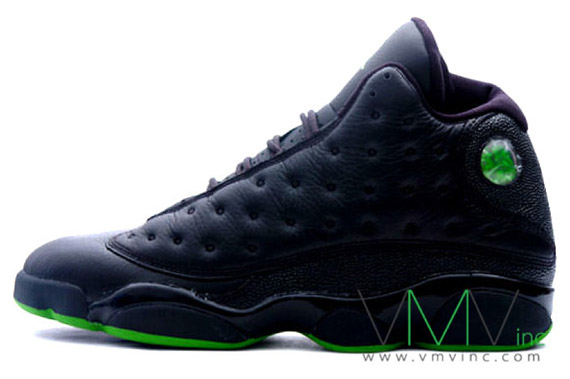