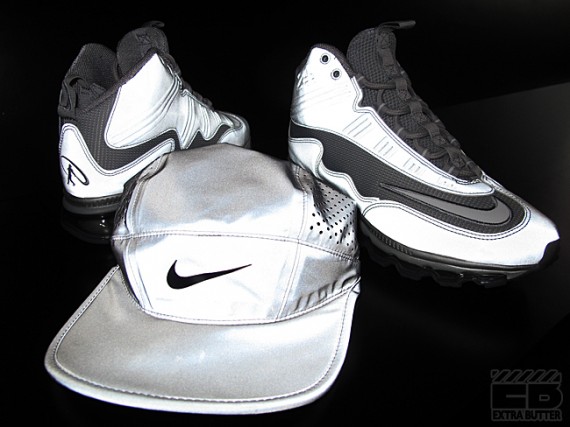 While the NBA players and owners continue to wage a cold war, the hot stove is keeping baseball warm in the press with word that a new collective bargaining agreement will radically realign the leagues and divisions, resulting in year-round interleague play. But even if some of baseball’s traditions change to accommodate the evolving economics of big time pro sports, you can bet the game’s best will begin their offseason preparations in earnest soon after the conclusion of the season. And just a couple of weeks after the World Series wrapped up, it’s just that time, and what better way to reflect the evolution of the game than a hybrid based on a beloved classic trainer like the Nike Air Max JR? This insane new 3M edition is a suitable compliment to the Vapor Flash Jacket we just showed you or any of the Swoosh’s other reflective fare, and you’ll find them right now at select Nike Sportswear retailers like Extra Butter or on eBay.