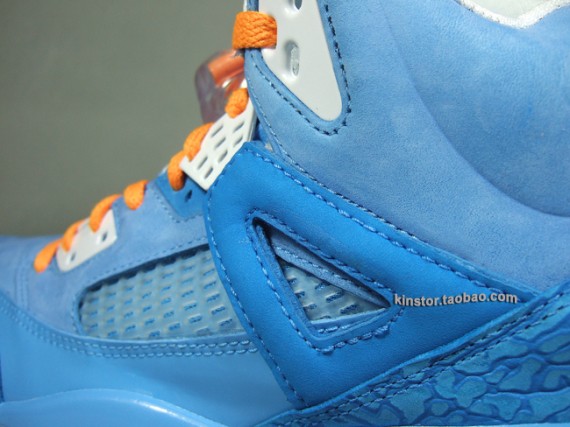 The Jordan Spiz’ike is a sneaker that’s always an eyeful, thanks to its multitude of design elements borrowed from the Jordan legacy series. Add some eye-popping colors to that and you’ve got a sneaker that’s really hard to look away from, as on the ‘University Blue’ colorway shown here. The namesake blue is a good look, but what really stands out is translucent outsole which is dipped in vivid orange. The go to color for the icy soles has increasingly been a blue tint, but this new Spiz’ike throws convention out the window with a look that would have Kel Mitchell foaming at the mouth (look that one up). Follow us after the jump for detailed images and be on the lookout for a release date for this Jordan Spiz’ike.