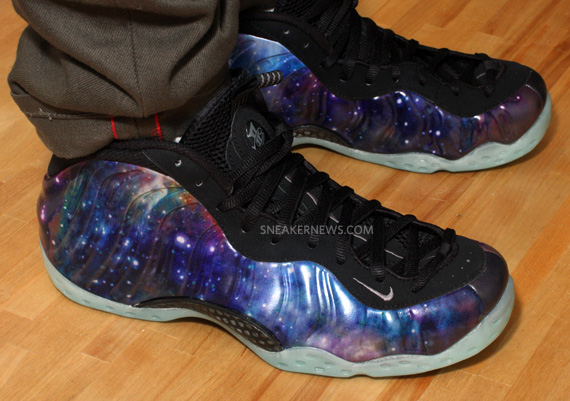 With the upcoming release of the Nike Air Foamposite One ‘Galaxy’ stirring up a level of hysteria not experienced in quite a while, many sneakerheads have embarked on a week-long camping trip in front of House of Hoops locations nationwide. 21 Mercer, which is confirmed for a release this Friday, avoided the release night eve fiasco by handing out wristbands on Monday, attracting a mass crowd within minutes of publicizing the info on Twitter. Many sneakerheads, however, could not bear the campouts or crowds and relied on luck when the Galaxy was to hit Nikestore, but here’s the bad news; Nikestore has confirmed via Twitter that they will not release the Air Foamposite One ‘Galaxy’ online. Are they making this an in-store release, allotting stock to other locations, or trying to avoid another episode of midnight-release madness (see: Air Jordan IV ‘White/Cement’)? With Nikestore out of the running (House of Hoops locations and other select Nike Sportswear accounts will receive them), it’s time for y’all to start preparing soon, because this just might be the most chaotic release of the year. 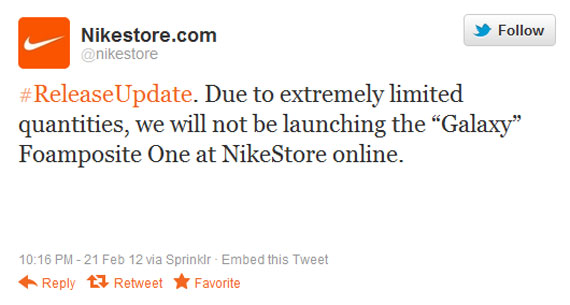