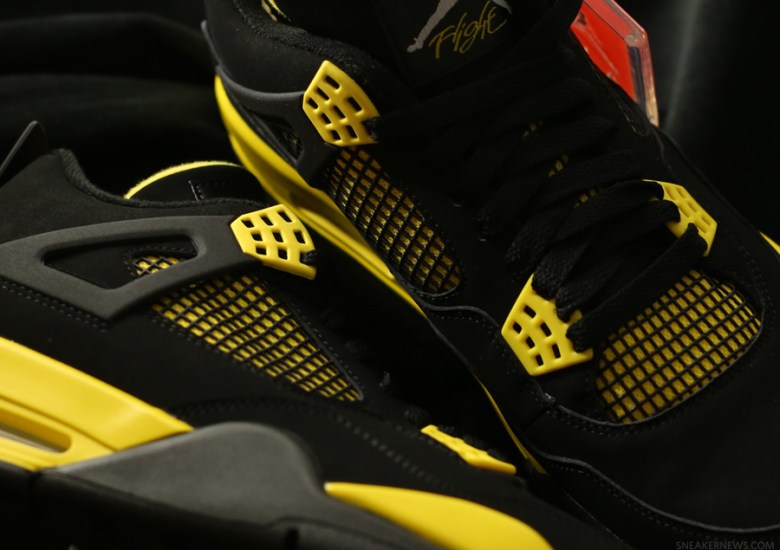 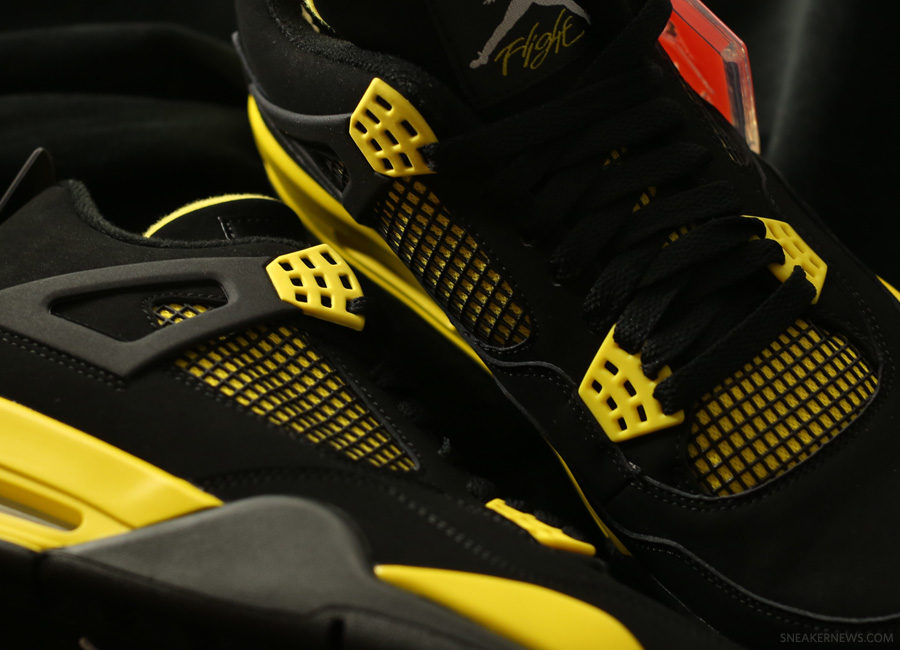 A Retro release of a ‘Retro’ colorway isn’t new to the Jordan Brand catalog. The Air Jordan XI ‘Cool Grey’ is the perfect example of how a non-Original colorway can hold the clout as an Original does, but the Air Jordan IV ‘Thunder’ of 2006 is a different story. These limited-edition AJ4s were released as a part of the Thunder/Lightning Pack – a duet of IVs released exclusively online and accompanied by apparel. The Black/Tour Yellow version was dubbed the ‘Thunder’, came packaged with a varsity jacket, and was priced at a steep $500 – the most expensive Air Jordan IV to become publicly available. Quickly enough, the Thunder 4 became a hot collectors item and skyrocketed in resale value to the point where these rare Jordans became close to an unattainable item.

Earlier this year, it was confirmed that the Thunder IV would release in 2012, effectively accomplishing two things: ensuring that these highly coveted Jays would be on many more feet, and bringing down the ‘value’ of these high-priced kicks. Arriving at select Jordan Brand retailers just one day after the monumental Air Jordan XI ‘Bred’, the Thunder IV is clearly one of the best releases of the year and perhaps a key indicator of what may be in store for future Retros. Enjoy the beauty shots of the Air Jordan IV ‘Thunder’ below and let us know where these rank on your list of best kicks of 2012. 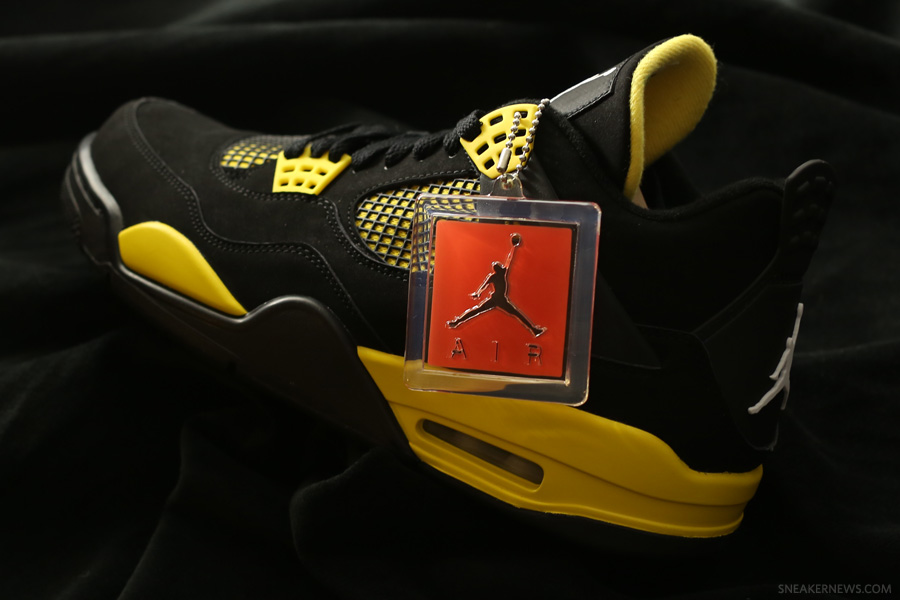 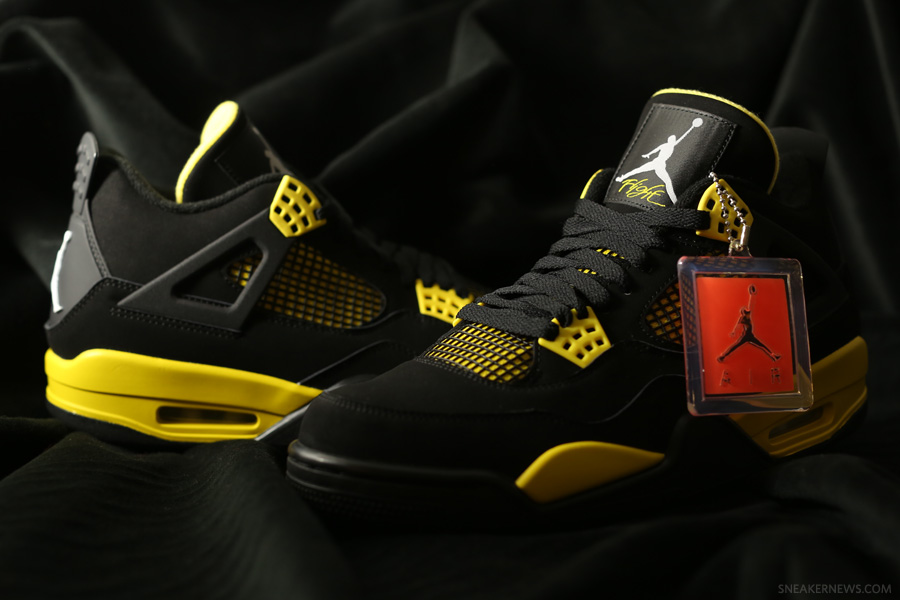 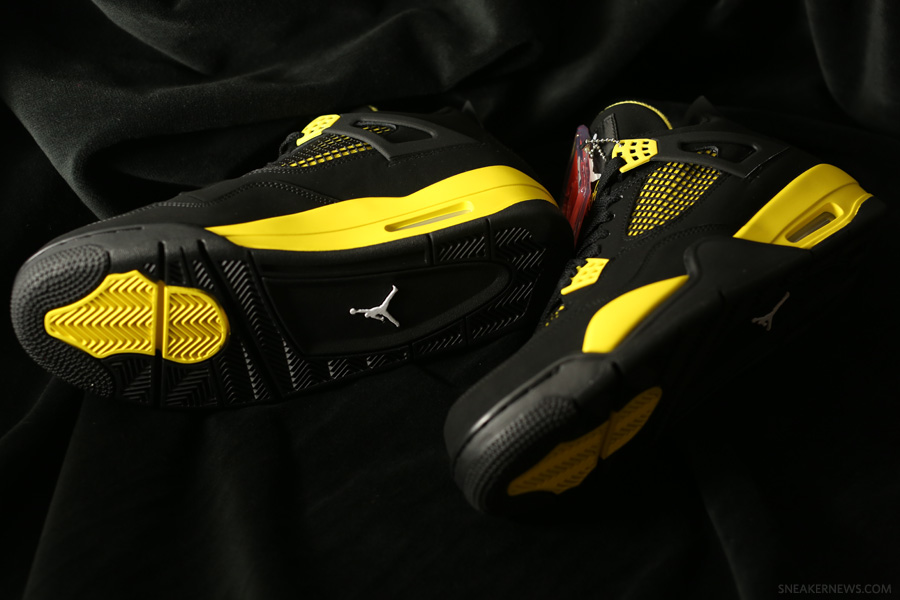 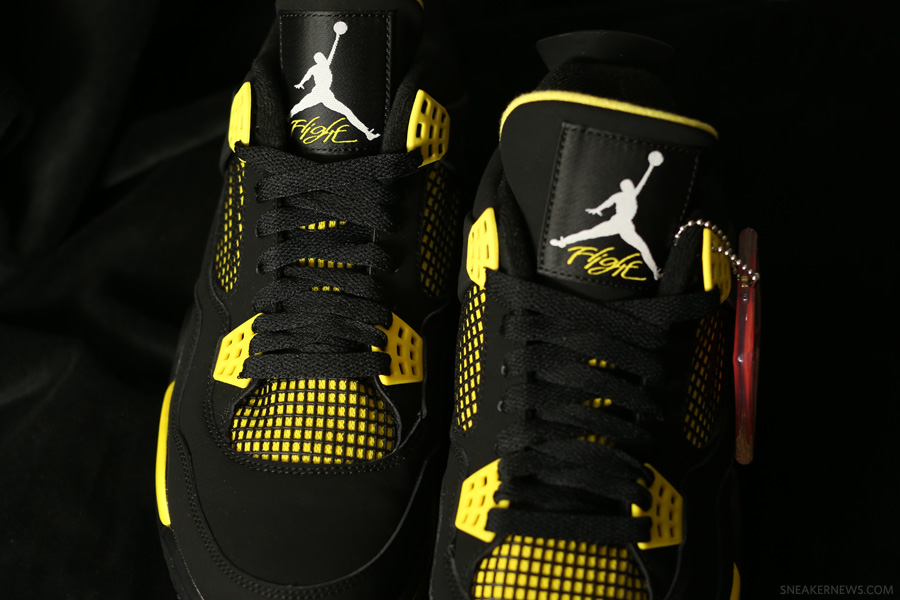 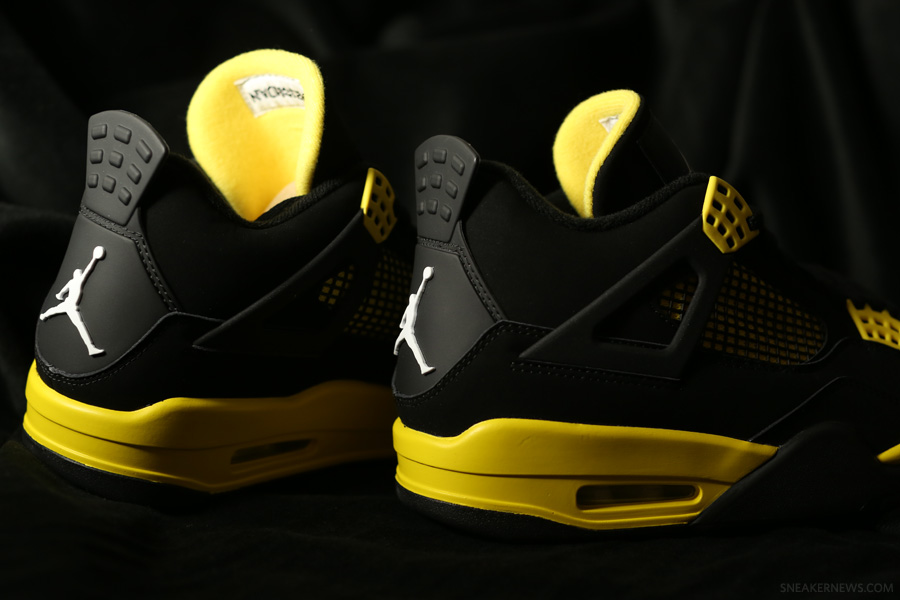 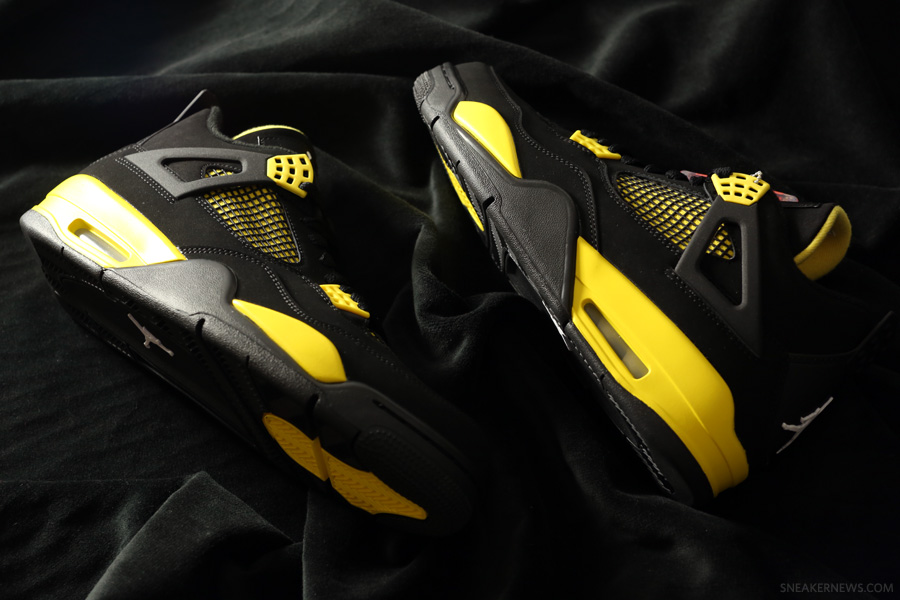 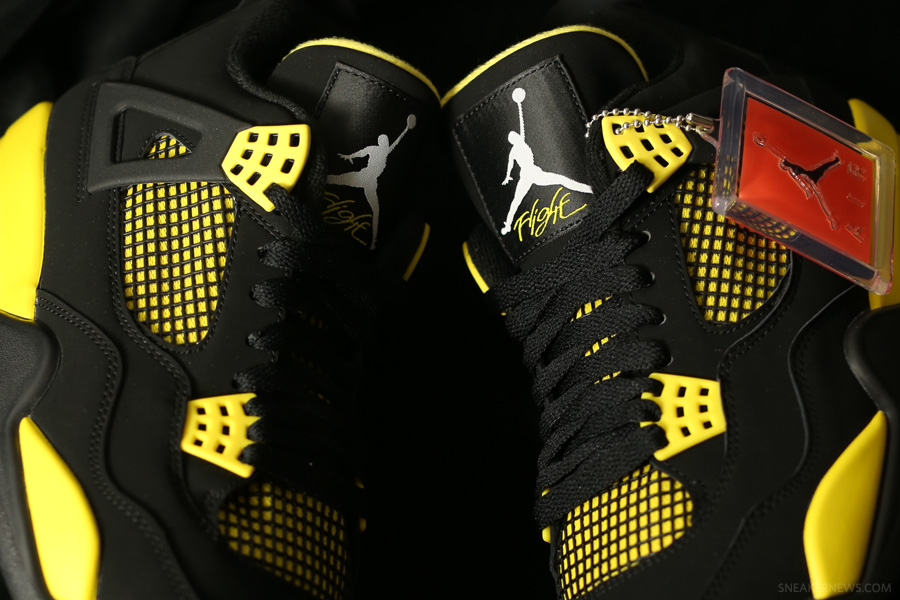 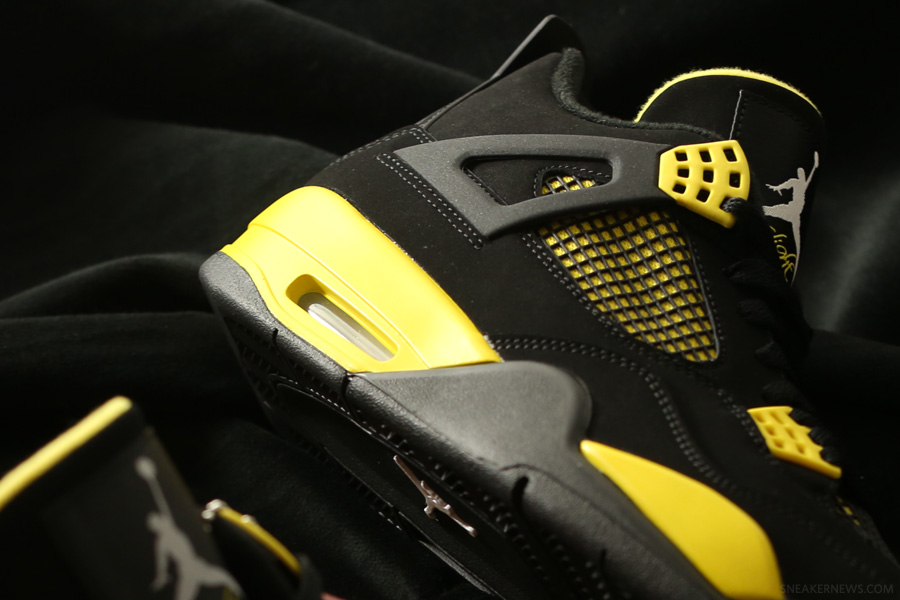 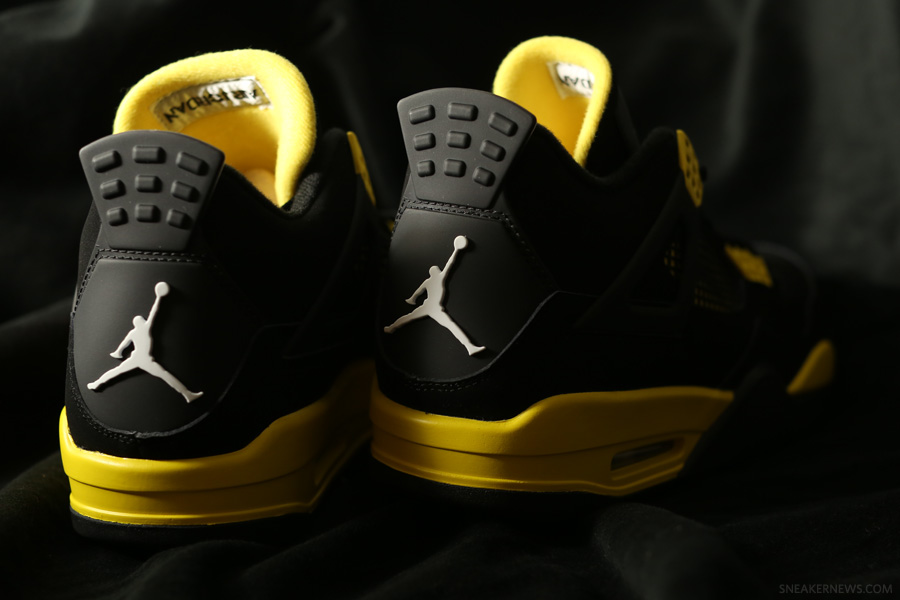 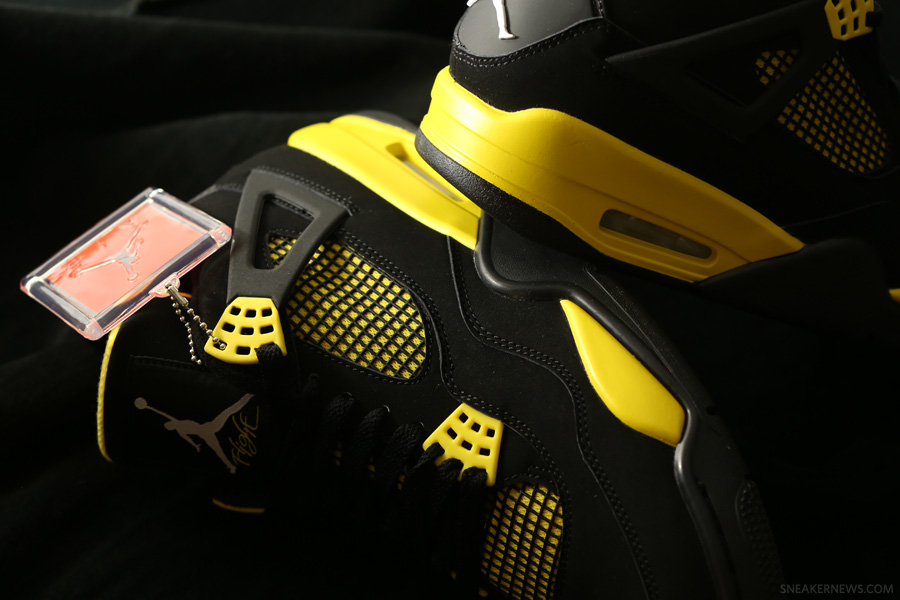