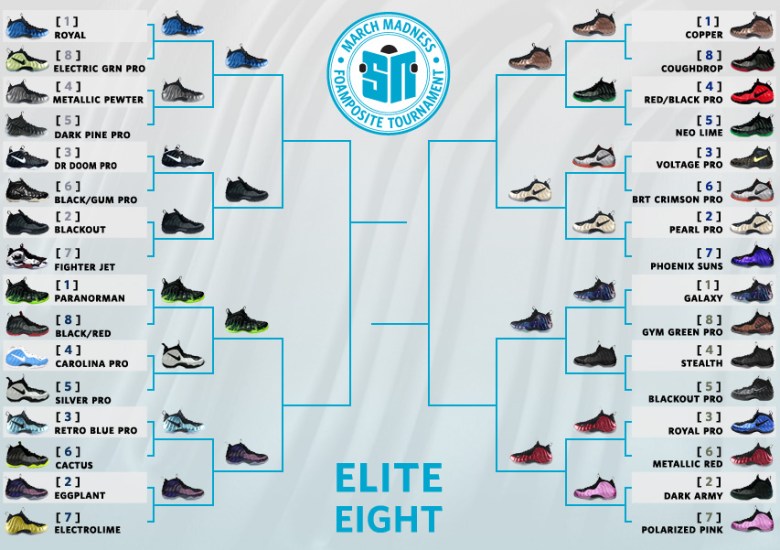 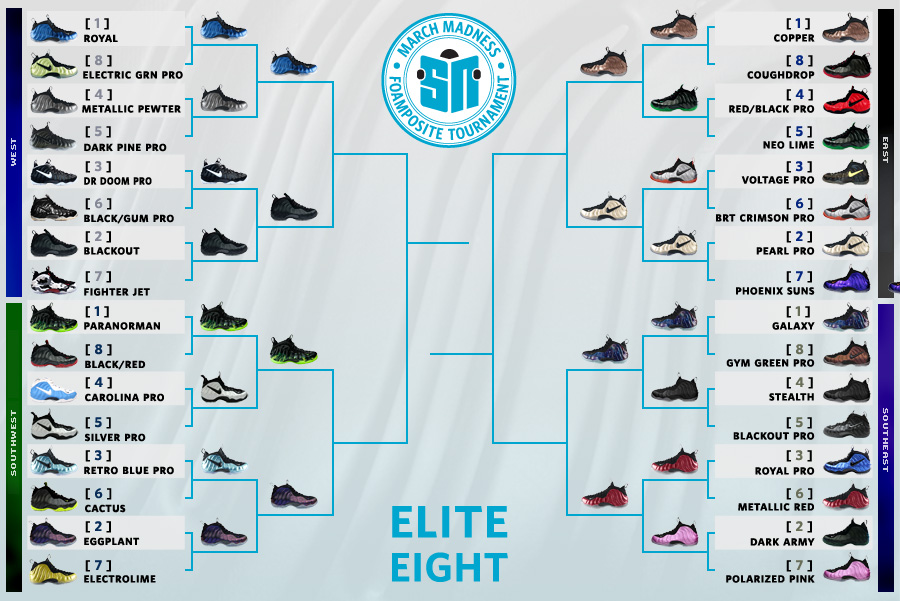 With the field of 8 set in the Sneaker News March Madness Foamposite Tournament, it’s time to get the votes in and move this thing forward! Four number 1 seeds, three number 2 seeds, and one lucky number 6 seed make up this crop, but “upsets” are still likely to happen – but only if you vote! All four regions in the Elite 8 is up for voting right now so click through below.

The original colorway that started it all faces off against a tough opponent in the “Blackout”. Which will prevail and move on?

The Coppers and Pearls could’ve gone 1a and 1b in terms of seeding, so it truly is a toss-up as to which of the two will advance to the Final Four.

The ParaNormans are the favorite, but don’t sleep on the Eggplants.

Does the Cinderella story stop here, or will the Metallic Red pull of an incredible upset against the Galaxy?