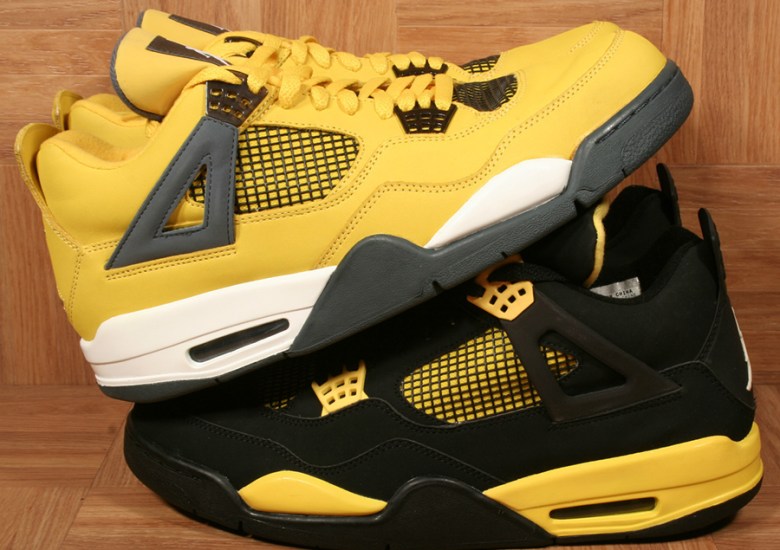 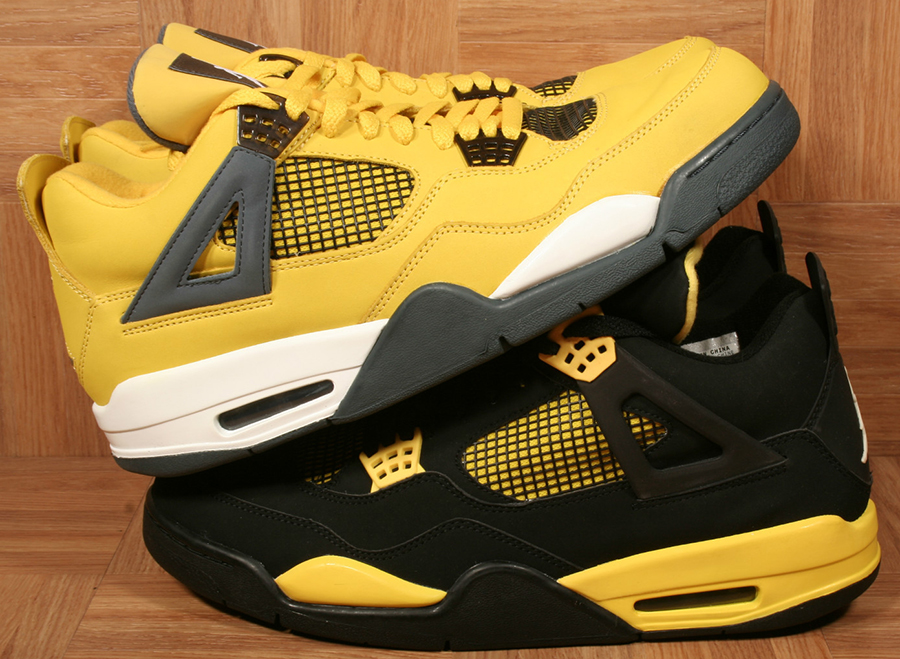 The Air Jordan IV “Thunder” and Air Jordan IV “Lightning” pairs were a truly unique set of releases from back in August of 2006. The two shoes were up for grabs exclusively at Jumpman23.com, the official Jordan Brand website that’s now home to official images and updates on Jordan product rather than being any sort of digital storefront. Both came with a pretty sizable price tag thanks to some accompanying apparel, marking them among the highest-priced Air Jordan Retro releases ever.

The Air Jordan IV “Lightning” was packaged with an Air Jordan “Flight” style shirt, which sent the retail price up the $250. The Air Jordan IV “Thunder” managed to top even that high point thanks to the varsity jacket included, weighing in at a total of $500. The already chunky box price on the duo helped drive up the secondary market value, a value obviously also helped out by the fairly small production runs (The “Thunder” for example was just 1 of 500). The aforementioned “Thunder” has since gotten a bit easier to track down thanks to the 2012 retro, but the “Lightning” remains a pretty rare find, although rumors of a Retro release continue to tickle us to this day. For the younger hobbyists who are unaware of the story behind the “Thunder and Lightning” Pack, feast your eyes on an incredibly rare set of both pairs from shoezeum on eBay. 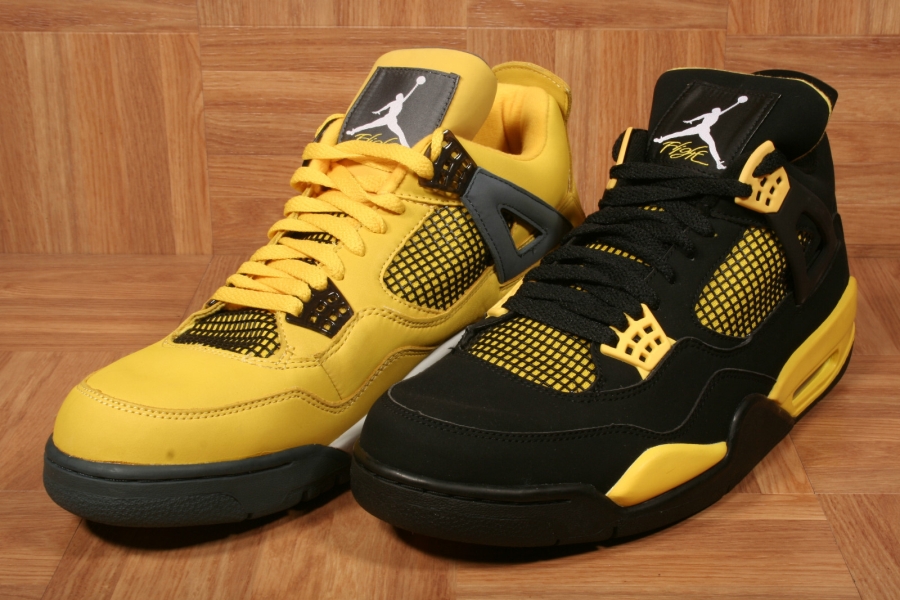 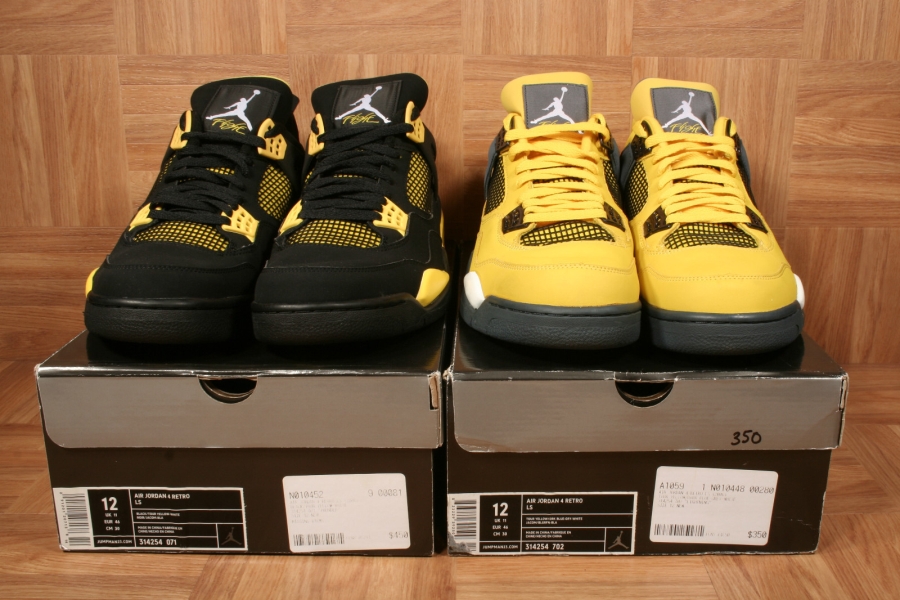 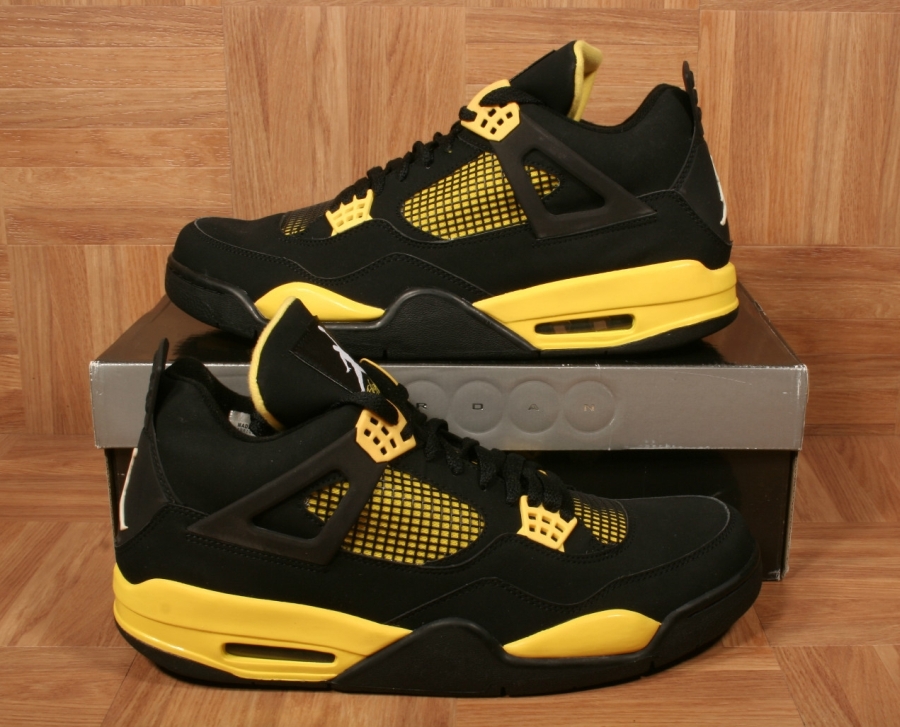 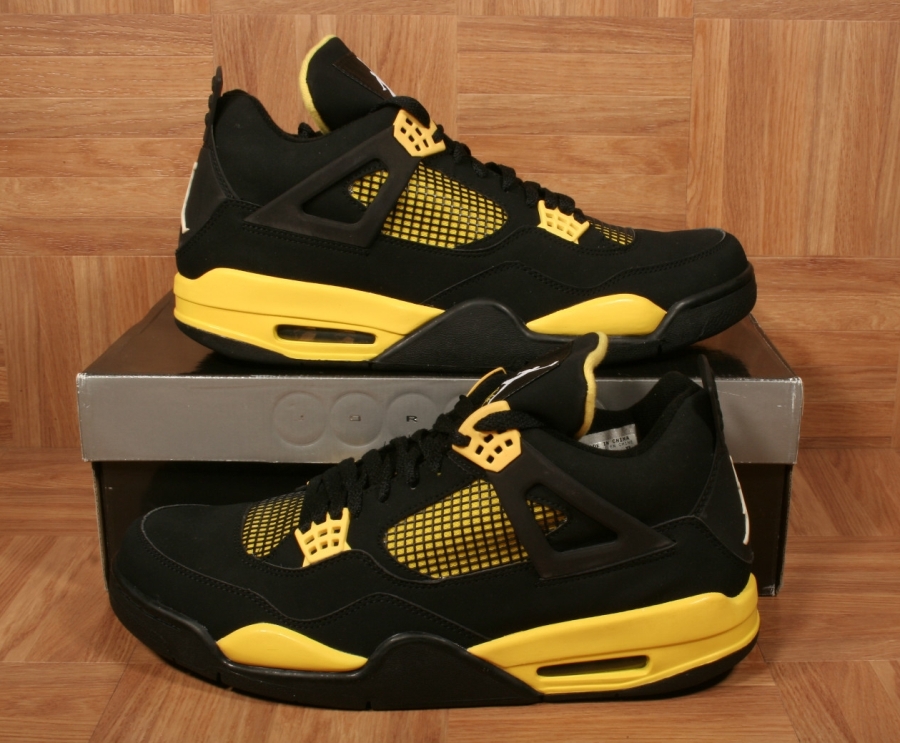 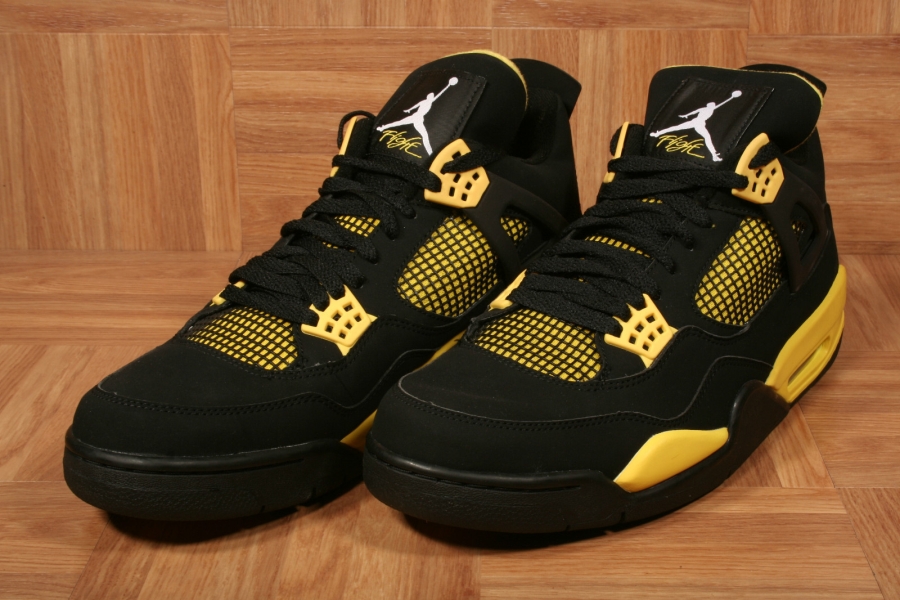 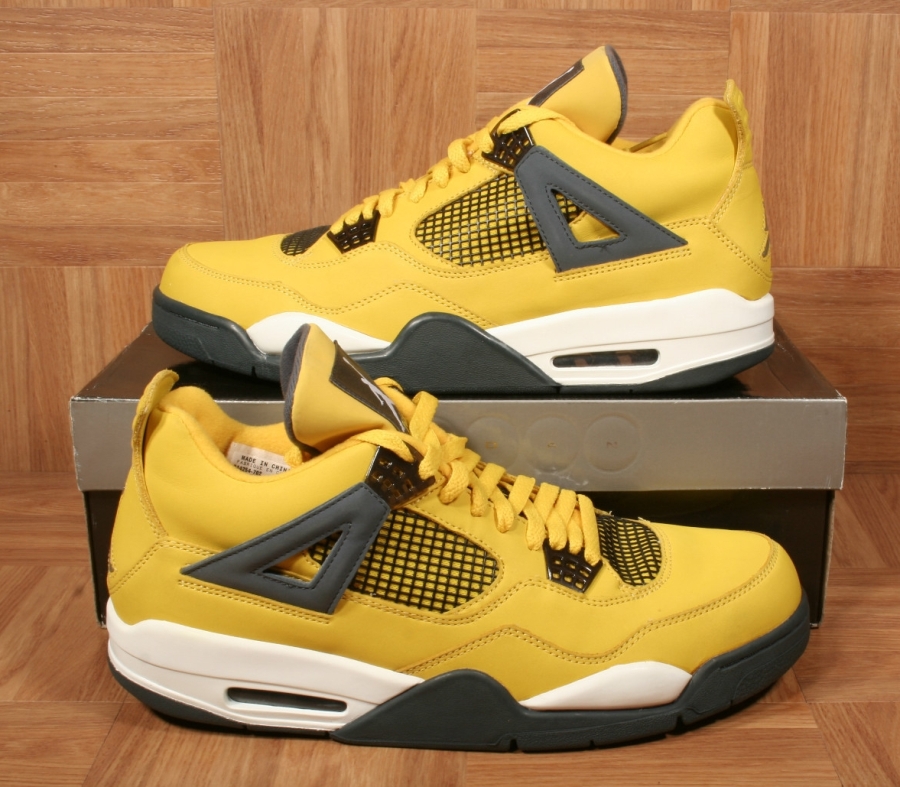 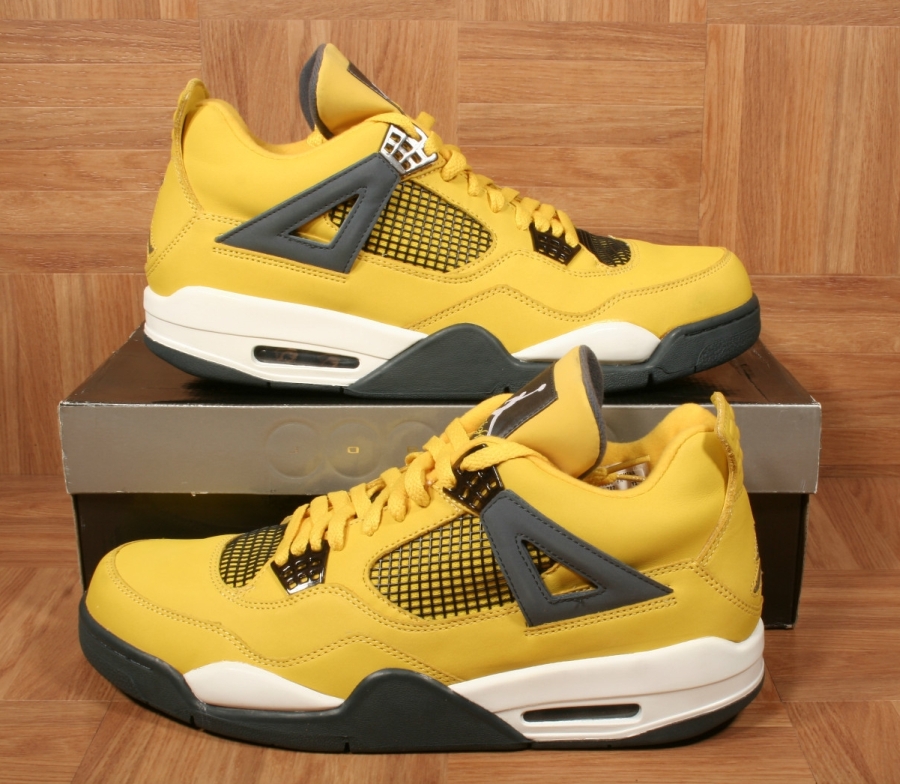 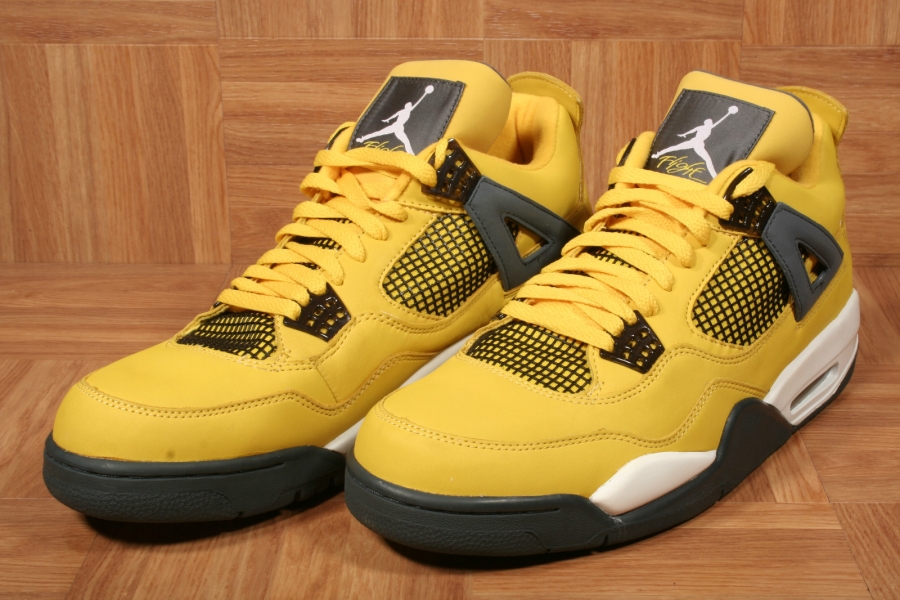