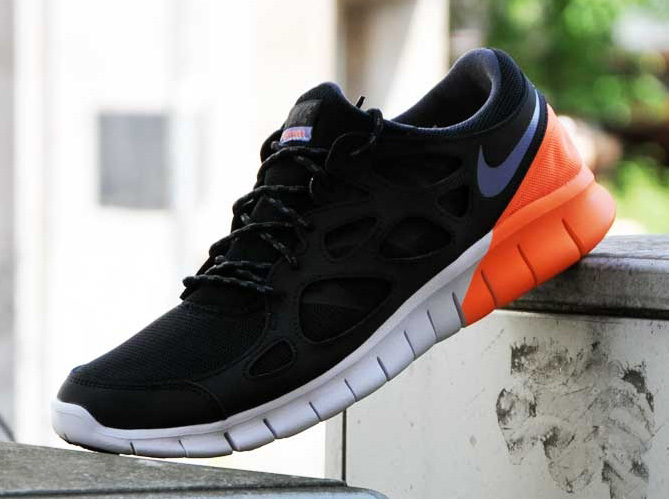 Is the Nike Free Run+ 2 the greatest running shoe of all time? Before we start an uprising, let’s just examine the evidence: during an era when product cycles typically last one year maximum, the Free Run 2 has been among the most popular choices from the Nike Running catalog for each of the three years that preceded this freshly started fourth. In other words, the people have expressed their undying devotion for the FR2 with their wallets, and this new style with the two-tone midsole that has been applied to two other all-timers in Air Maxes 1 and 90 is sure to satisfy. This colorway whose timing feels like an Orange Bowl coronation for the Clemson Tigers is depicted further after the jump, and available now at stores like Afew.