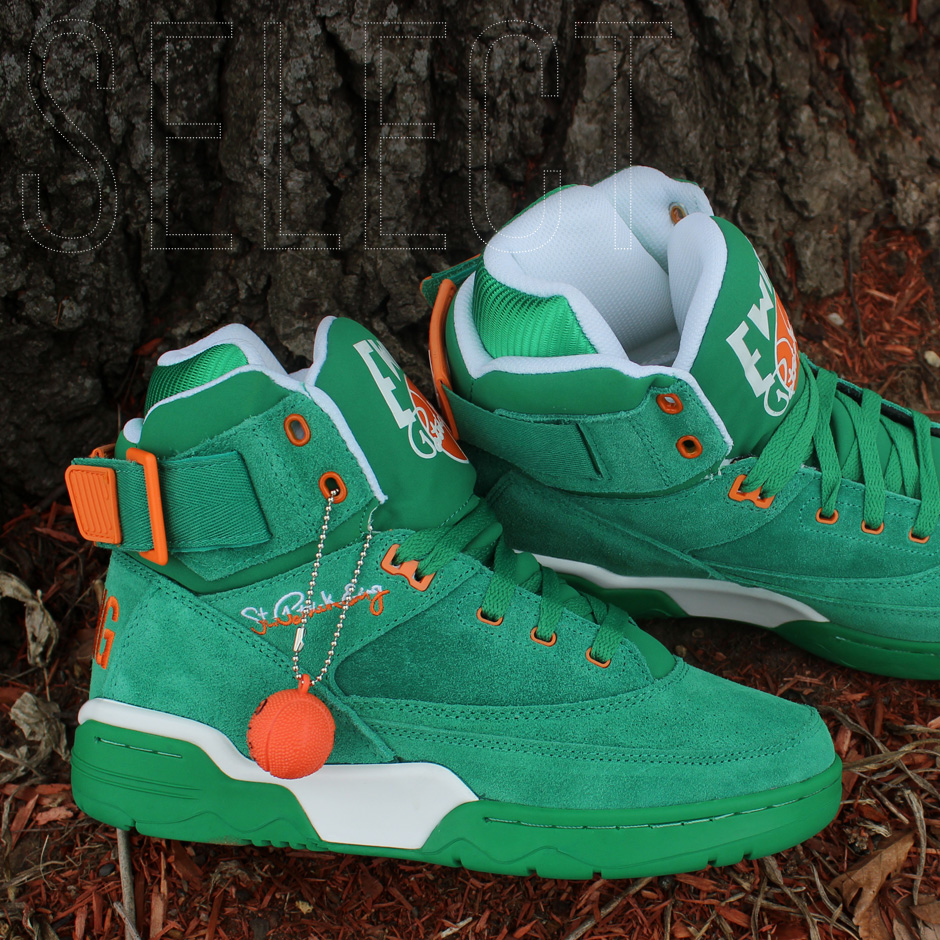 The New York Knicks have had their fair share of stars and beloved hometown favorites through the years with names like Willis Reed, Walt Frazier, and Earl Monroe still as revered as ever in the Big Apple, but if you had to choose one player to anoint as the saint of NYC basketball, it’s hard to make a case against Patrick Ewing. In addition to being the all-time franchise leader in almost every statistical category you can think of, Patrick also led the Knicks to 13 consecutive postseason appearances, and although his tenure in the middle of the Madison Square Garden paint never yielded an NBA championship for the city, his hard work and determination carved a legacy that will never be forgotten.

Another New York City institution, the St. Patrick’s Day parade may not refer to Mr. Ewing, but the annual celebration of Irish heritage and culture has some ties of its own to Knicks basketball. Starting in the 2006-07 season, the team has worn special green uniforms for home games on or around St. Patty’s Day, and it’s now become a warmly embraced yearly tradition with fans and a well-established staple of Knicks culture.

Recognizing the opportunity to tie all these elements together in one clever package, Ewing Athletics has whipped up a special St. Patrick’s Day edition of the iconic 33 Hi, complete with a full green suede upper complemented by white and orange accents. A rare deviation from the original colorway blueprints, Ewing Athletics gives their cornerstone silhouette a fresh twist thanks to the new color palette and the added bonus of a tweaked mid-panel signature that reads “St. Patrick Ewing” in split white/orange embroidery.

As you might imagine, the “St. Patrick” 33 Hi will be arriving just in time for this year’s holiday festivities, releasing in-store in very limited quantities at select Ewing retailers on Wednesday, March 12th. The brand has hinted that there may be some more special surprises still coming to coincide with the launch, so stay tuned to Ewing Athletics channels for further release info, and in the meantime, you can continue on for an exclusive preview gallery in the pages ahead. 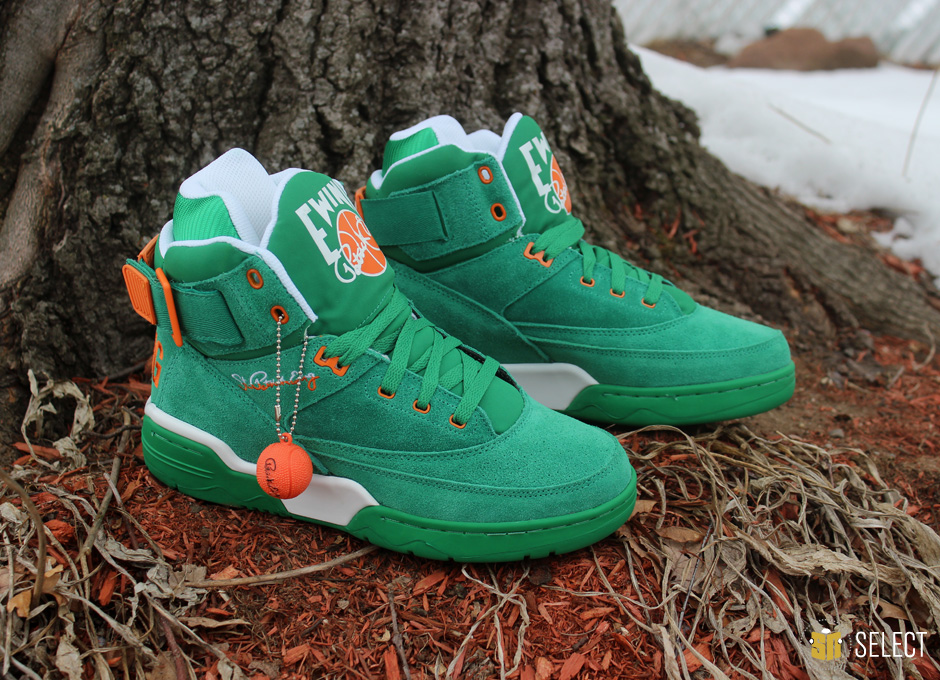 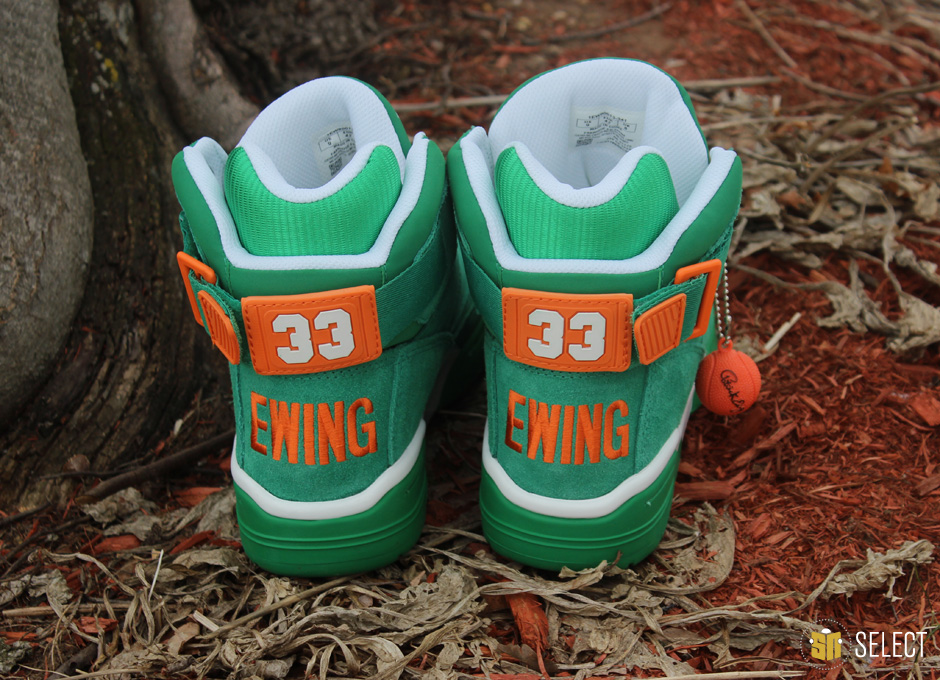 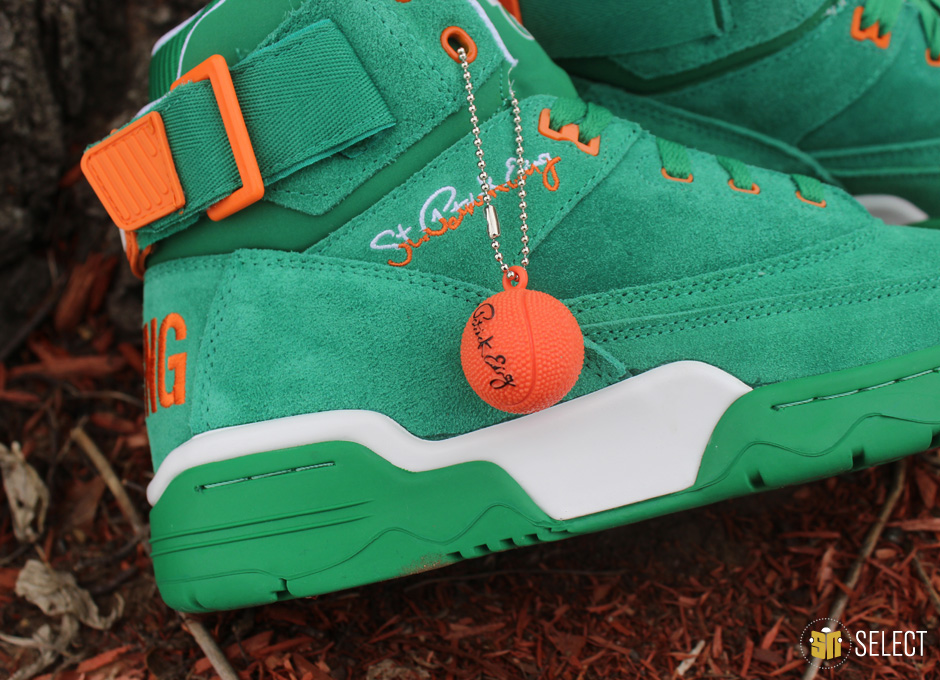 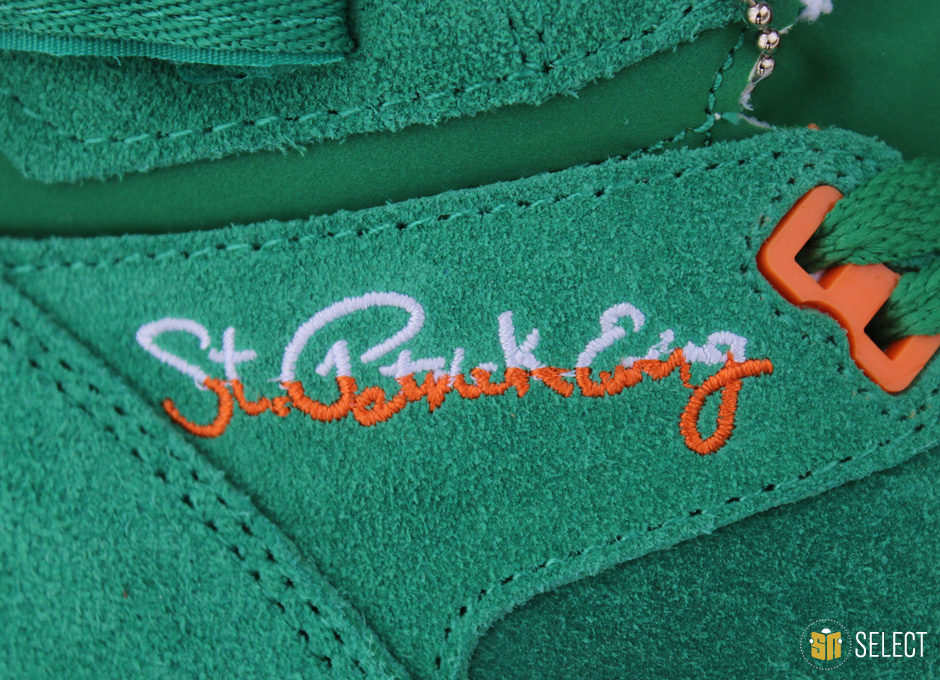 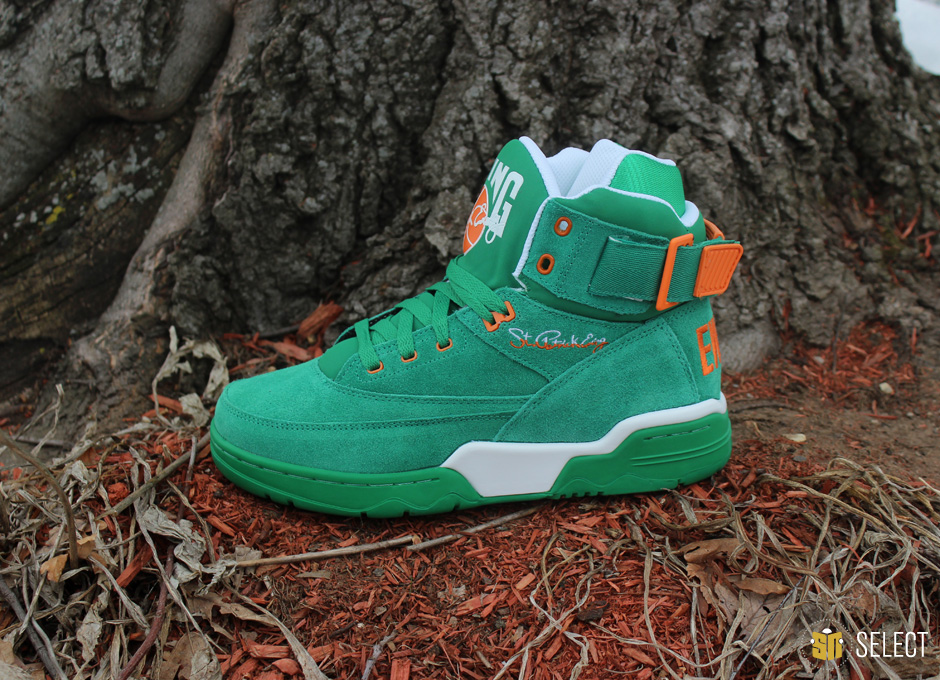 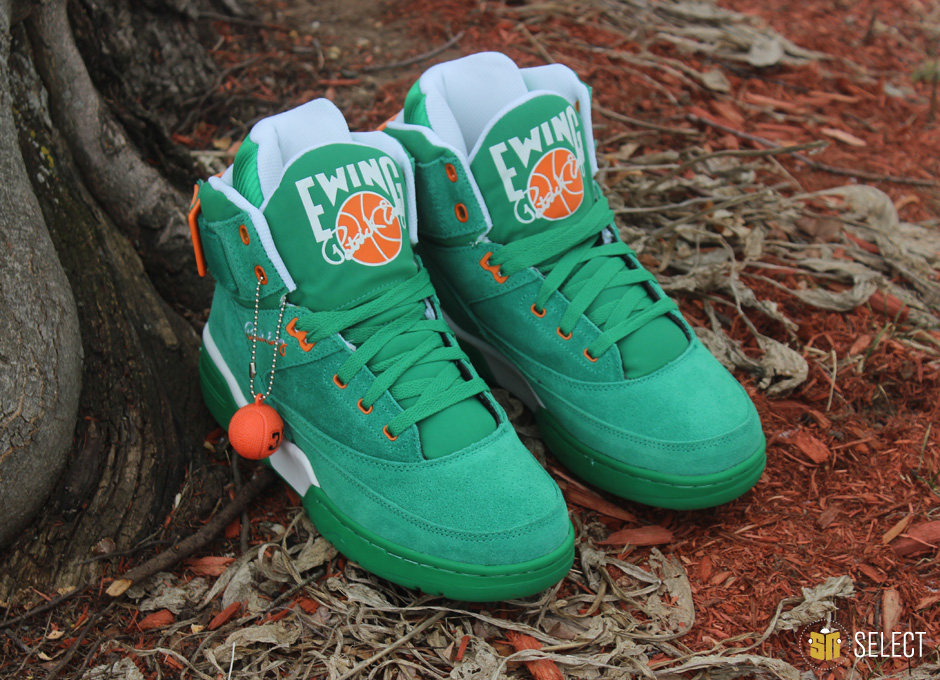 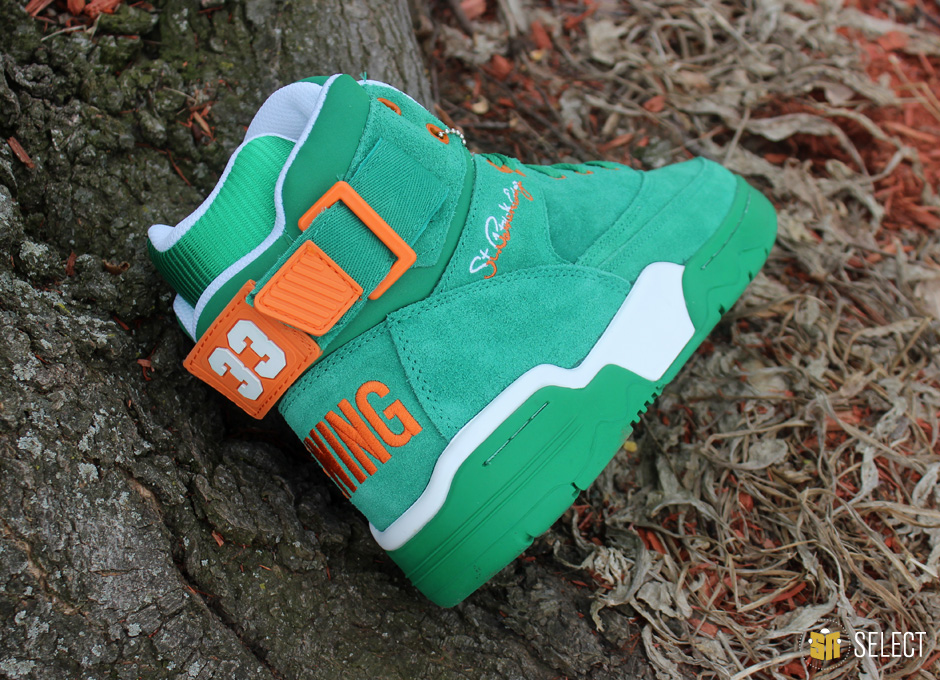 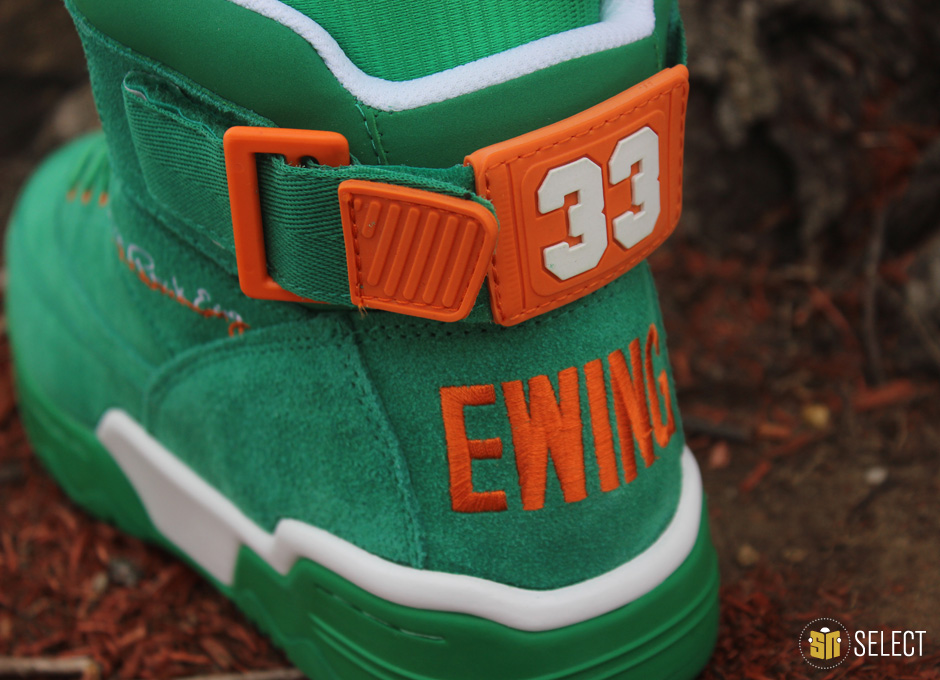 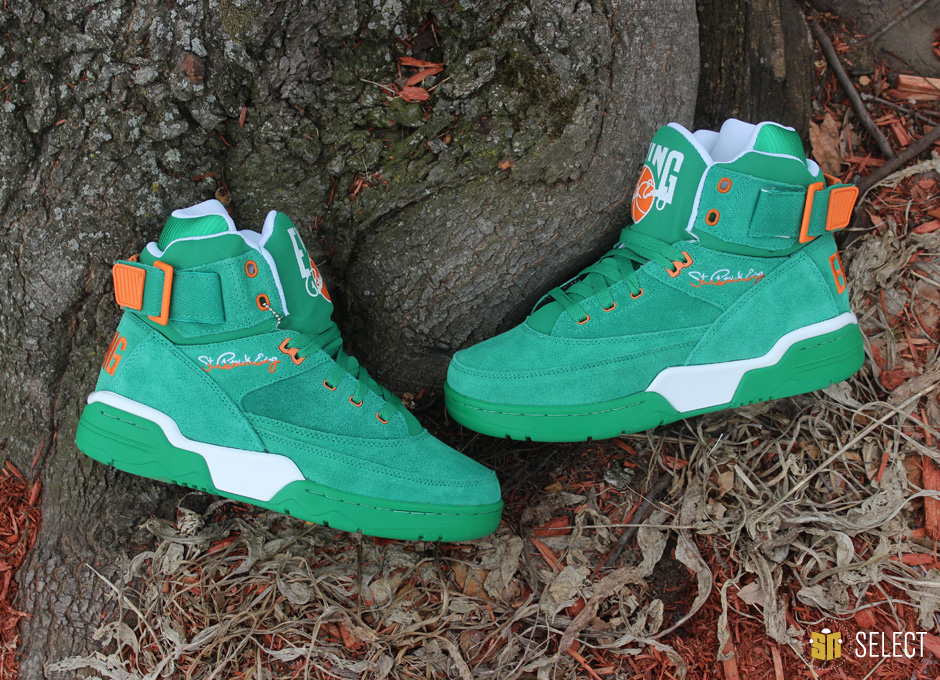 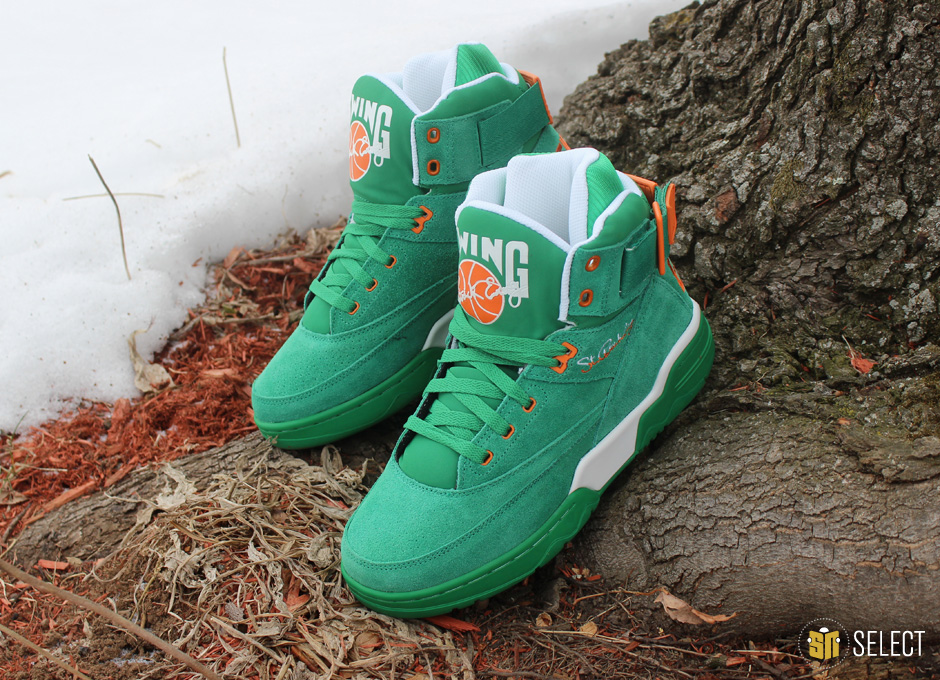 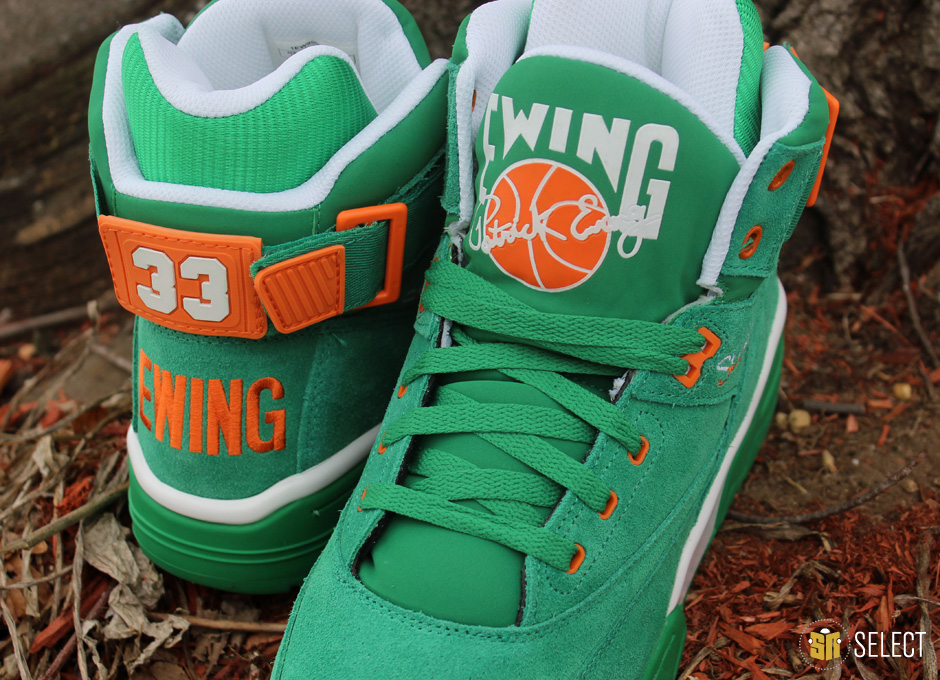 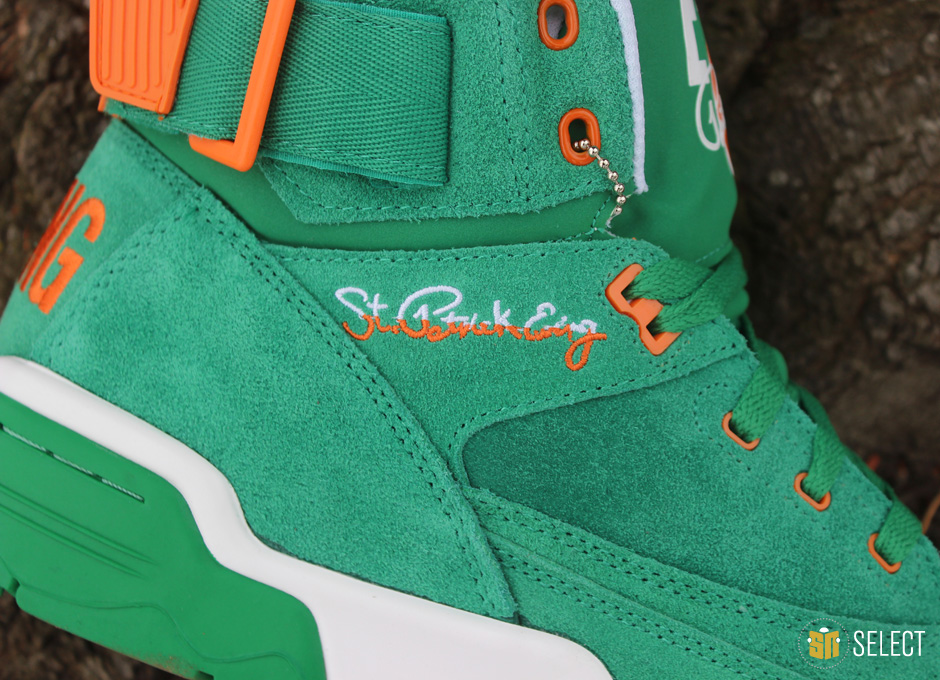 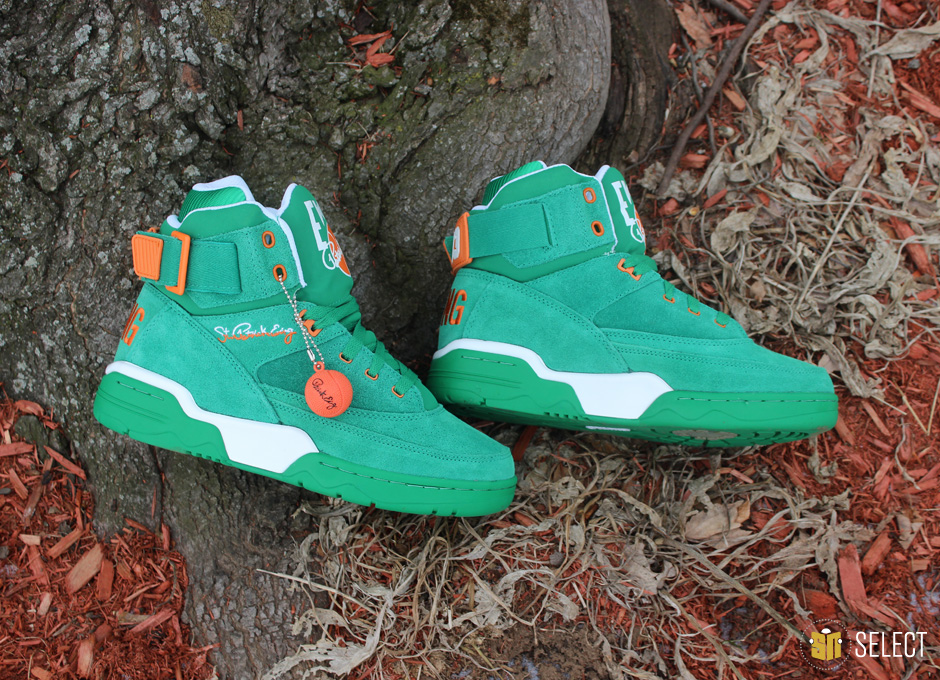 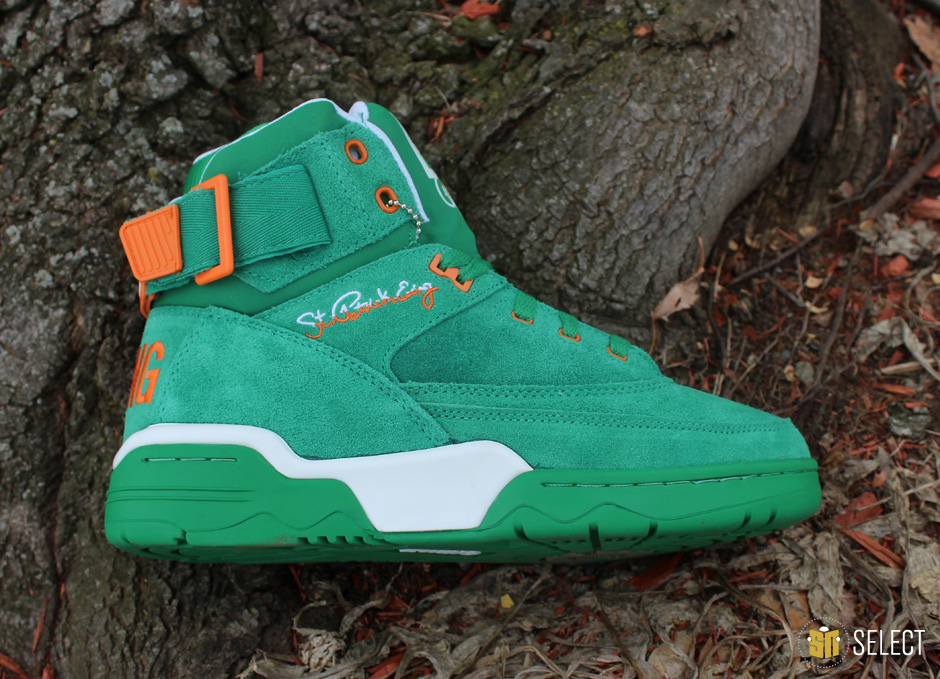 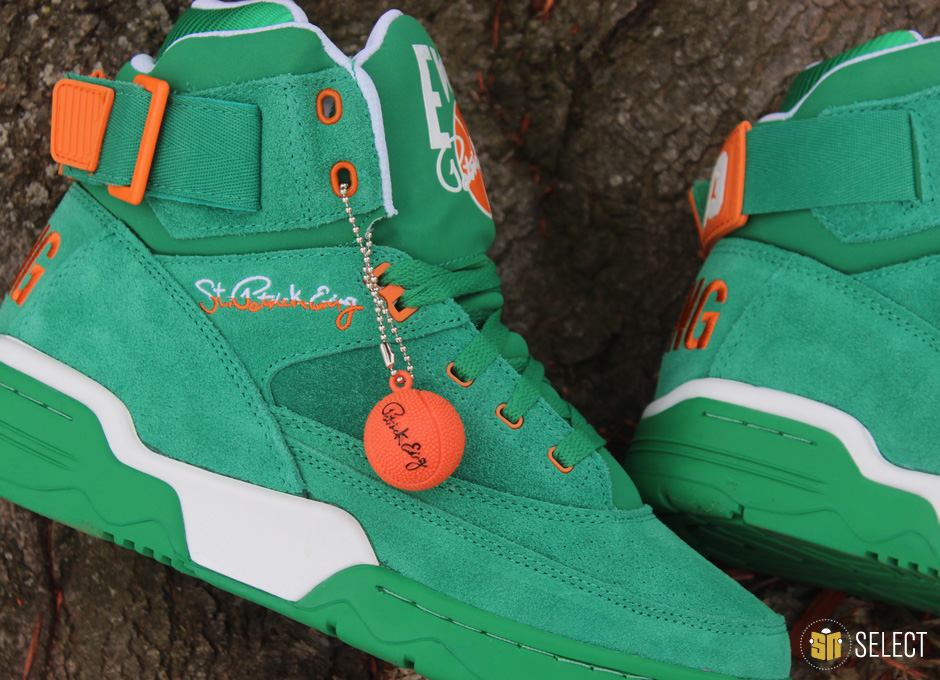 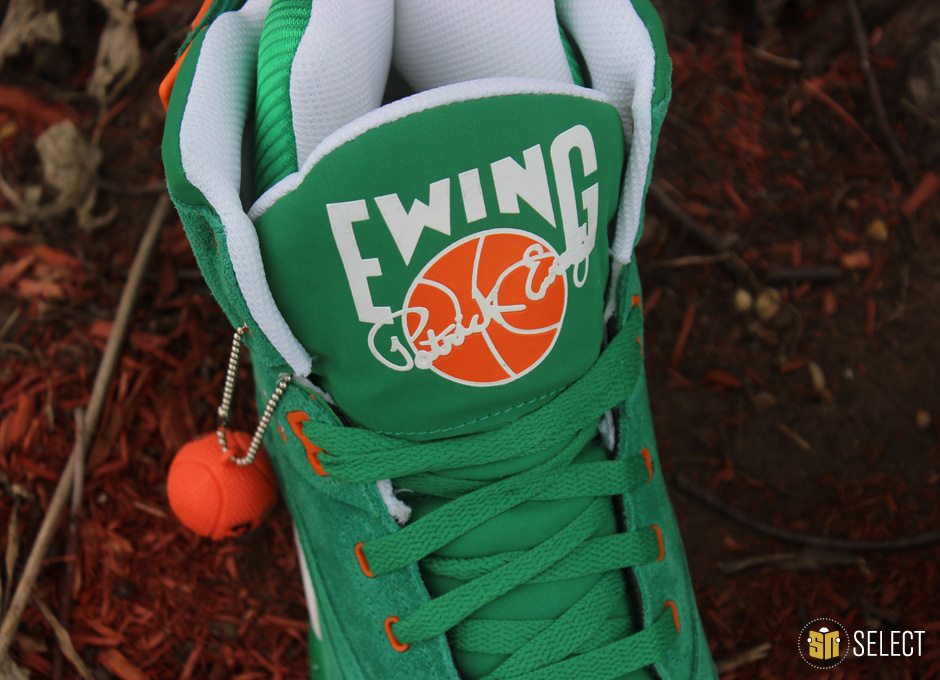