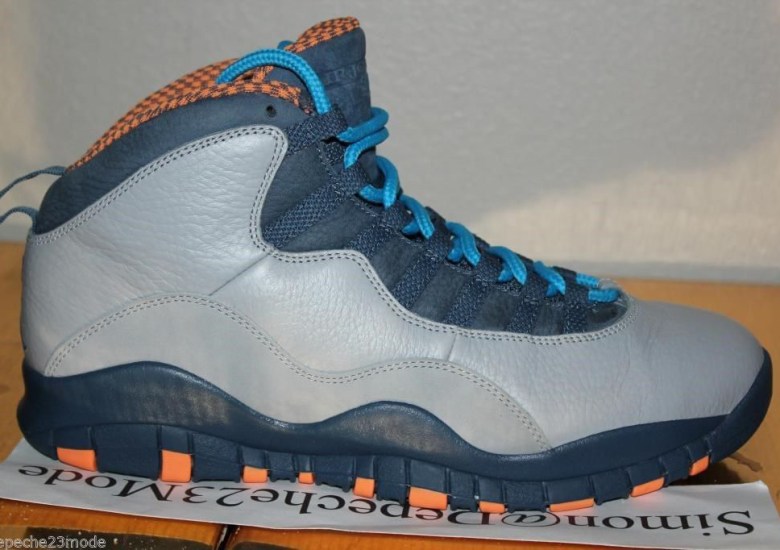 An Unreleased Leather Sample of the Air Jordan 10 “Bobcats”

The Air Jordan 10 “Bobcats” kicked off Jordan Brand’s January with a new look in honor of MJ’s squad before they turn back to their Hornets roots next season. And while the shoes featured an icy midsole on the Air Jordan 10 for the first time (a look that we’ve seen again on the Air Jordan 10 “Cool Grey” and the upcoming Air Jordan 10 “Venom Green”) today we get a look at a sample in the early stages of this colorway’s creation that features a few differences. The most noticeable has to be the leather base for the shoe, while the outsole skips out on the translucent bottom in lieu of a more transitional alternating navy and orange. Stick around after the click to get abetter view of this rare find and know that you can grab this unreleased sample today via depeche23mode on eBay.