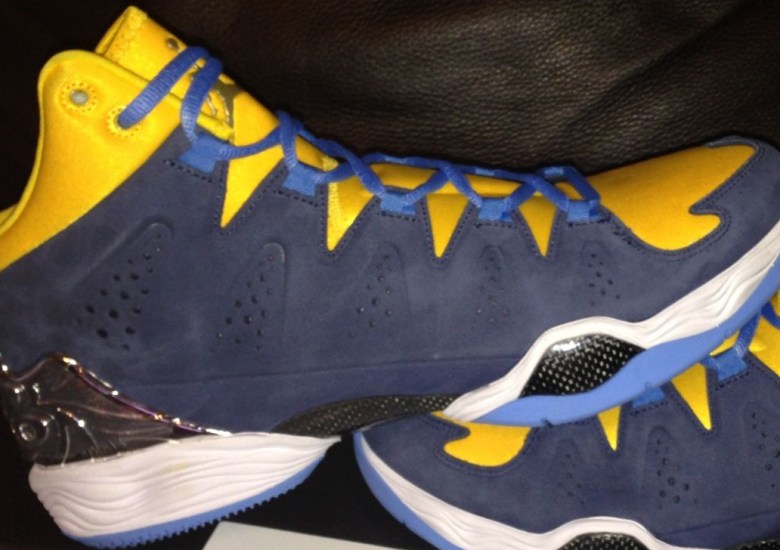 Have we seen the last of the Jordan Melo M10 until his next signature sneaker launches? While all signs point to probably, this Marquette Golden Eagles player exclusive can hold us over until we start seeing previews of Carmelo’s eleventh model in the near future. And even though a Dwyane Wade signing seemed like the perfect match for an onslaught of Marquette Air Jordan PEs a few years ago, we all know how that turned out. So instead, the Golden Eagles will have to opt for this Jordan Melo M10 player exclusive last seen as a member of that Super Saturday pack that featured two back to back games at Madison Square Garden, one featuring the Tar Heels taking on the Big East squad while a Knicks game followed. The sneaker gets hit in a navy upper while a yellow neoprene mesh hits the tongue and lining and a dark icy sole contrasts. Hit the click for a better view and grab this PE via ro.47 on eBay.