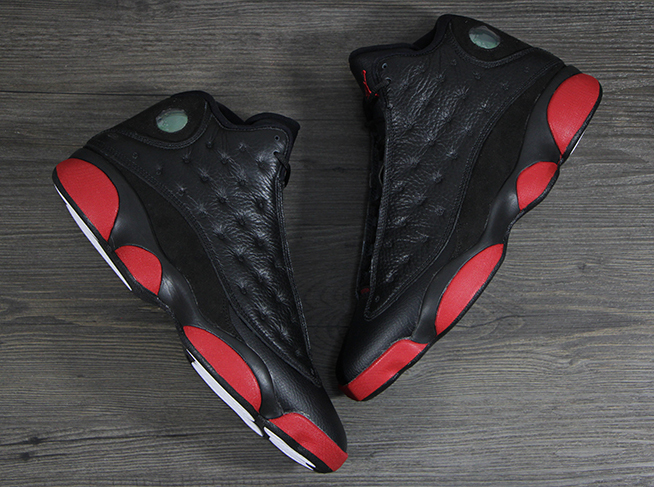 Jordan Brand is gearing up for a resurgence of the Air Jordan 13 later this year which will eventually lead to the remastering of the Air Jordan 13 “Grey Toe”. We’ll see a number of new colorways atop the retro silhouette, from that reflective 3M wielding and Infrared 23 including pair, to another near referencing Birmingham Barons pair that features an iridescent patent leather throughout. But perhaps the most traditional pair that still features a new aesthetic is this Black and Red pair that utilizes a premium tumbled leather throughout while red hits on the outsole. All in all the Chicago-esque colorway isn’t too far off from the pairs that Mike actually wore during his second to last season as a Bull. What do you think? We’re expecting this pair to arrive sometime in December, but head to our Jordans Release Date page for more updated info and hit the click for more images.