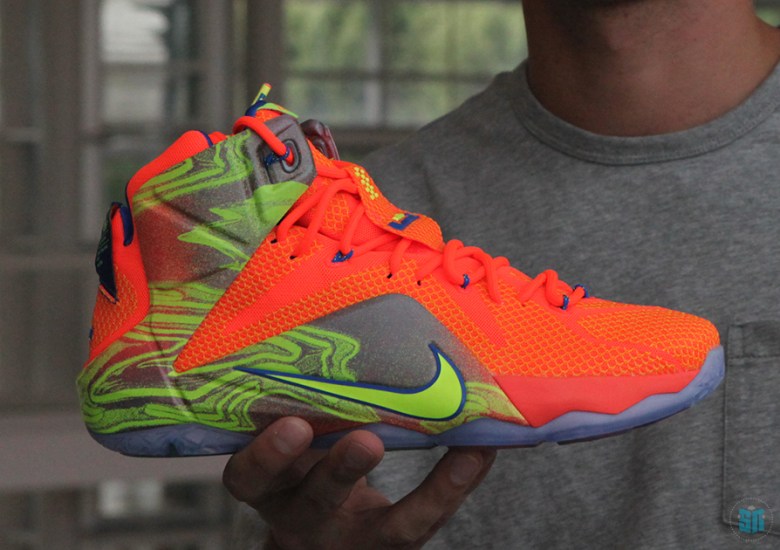 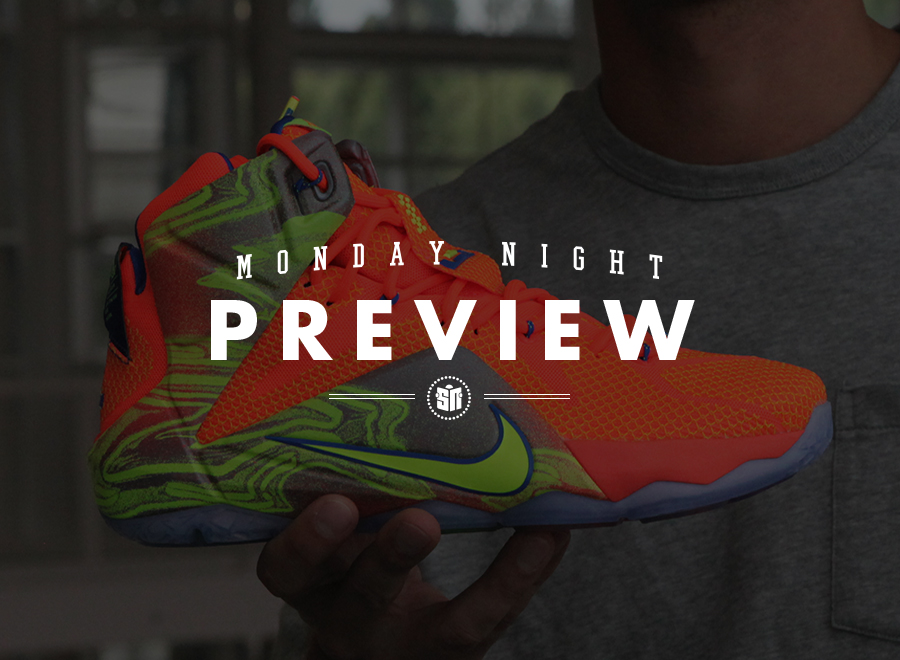 Yes, the LeBron 12 releases have been delayed indefinitely, but rest assured that the seven colorways that were unveiled a month ago are still officially on the schedule. Until we can confirm the new release dates, we’ll continue to preview the greatest and latest that the Nike LeBron has to offer, so for Week 5 of Monday Night Preview, we’re bringing you the “Six Meridians” release. This dashing colorway is the only one of the seven initial drops to feature a graphic print on the upper, and you’ll notice that instead of the typical textile format, the wavy Volt lines depict a unique notion that represents the natural flow of power induced by the ancient Chinese practice of Reflexology.

As stated by Nike Basketball Color Lead Eugene Rogers, numerology played a major role in the creation of the colorway. The number “6” comes to focus given the hexagonal Zoom pods, and moving upwards the idea of Reflexology and “heathy foot, healthy body” come to mind. This connection is displayed rather poignantly by the energetic colorway of volt and orange, with the never-before-seen multi-colored splatter adding a unique touch on the sneaker. Continue on for more preview images of the LeBron 12 “Six Meridians” and stay tuned for what else is in store in our continuing segment called Monday Night Preview. 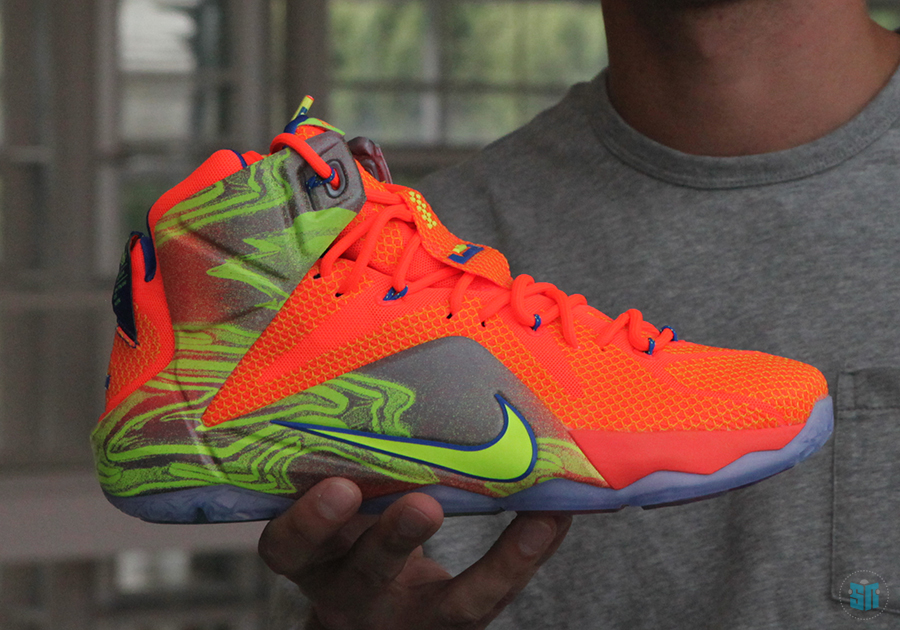 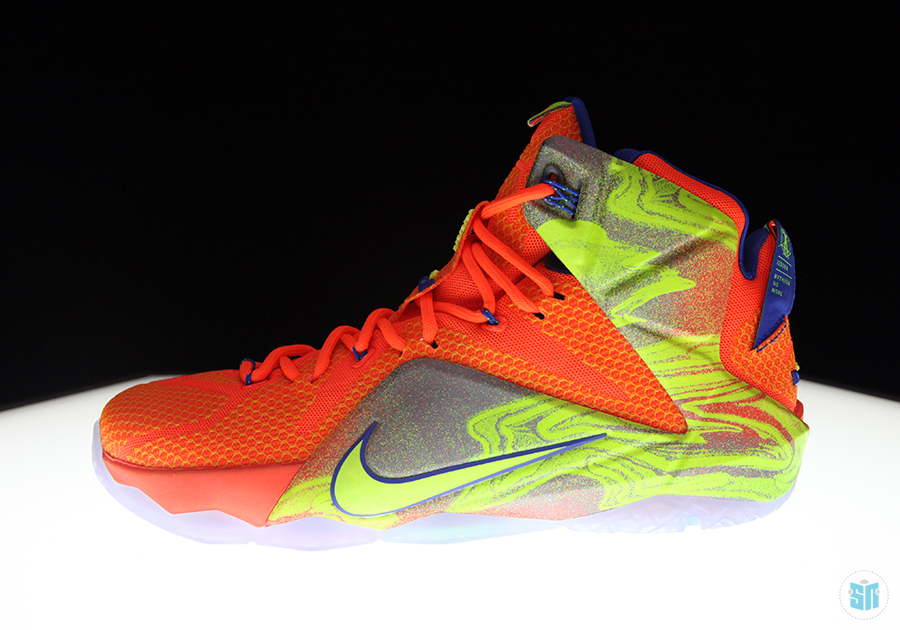 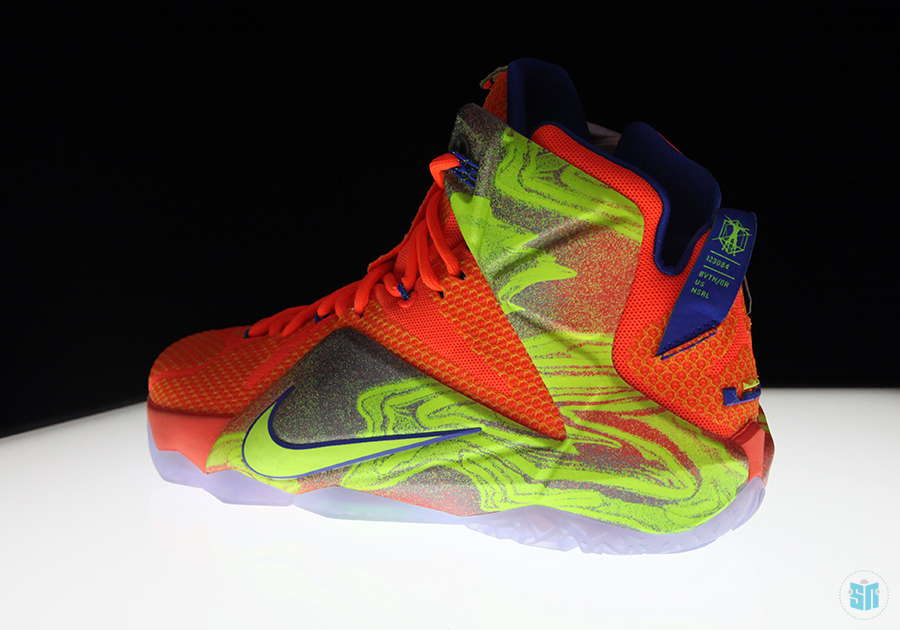 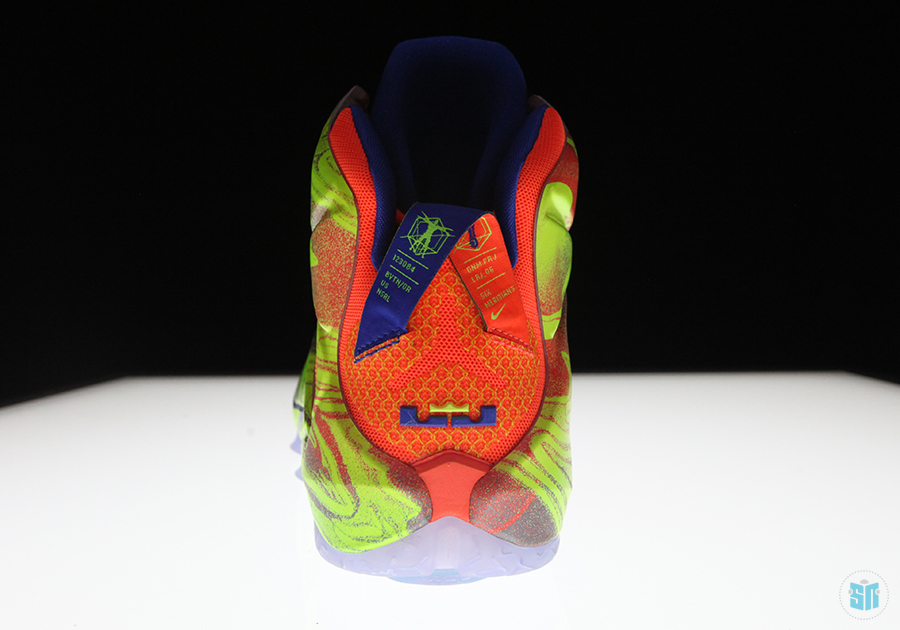 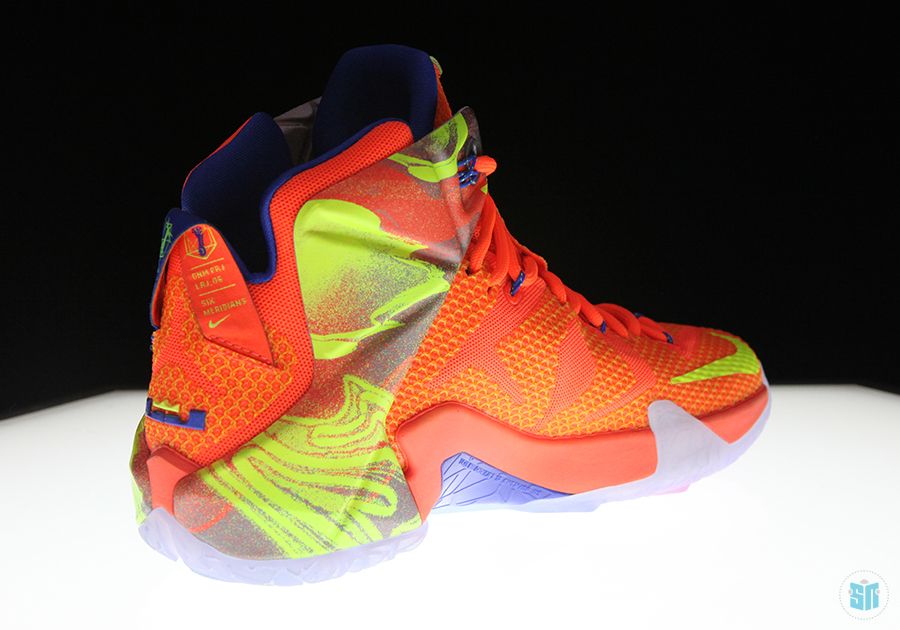 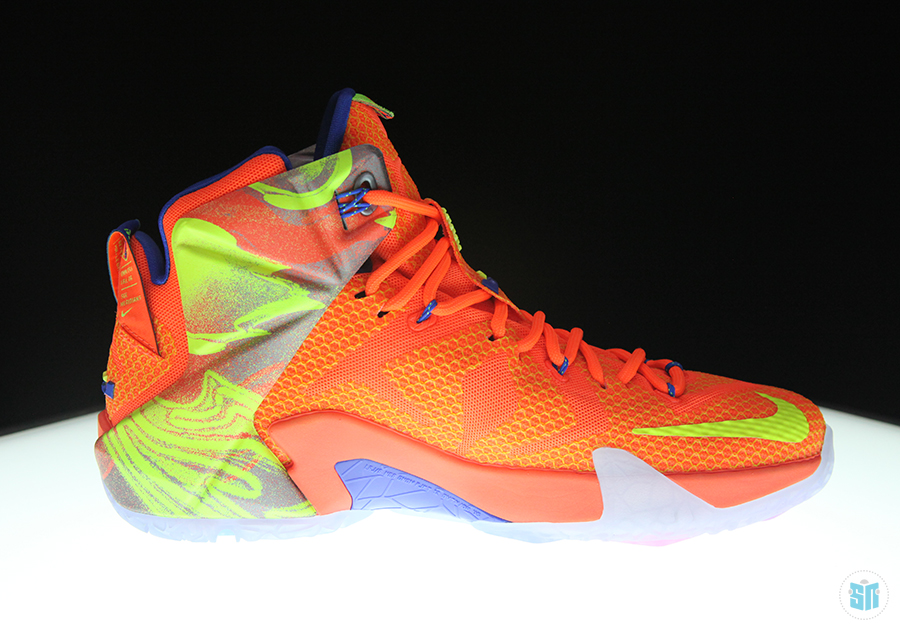 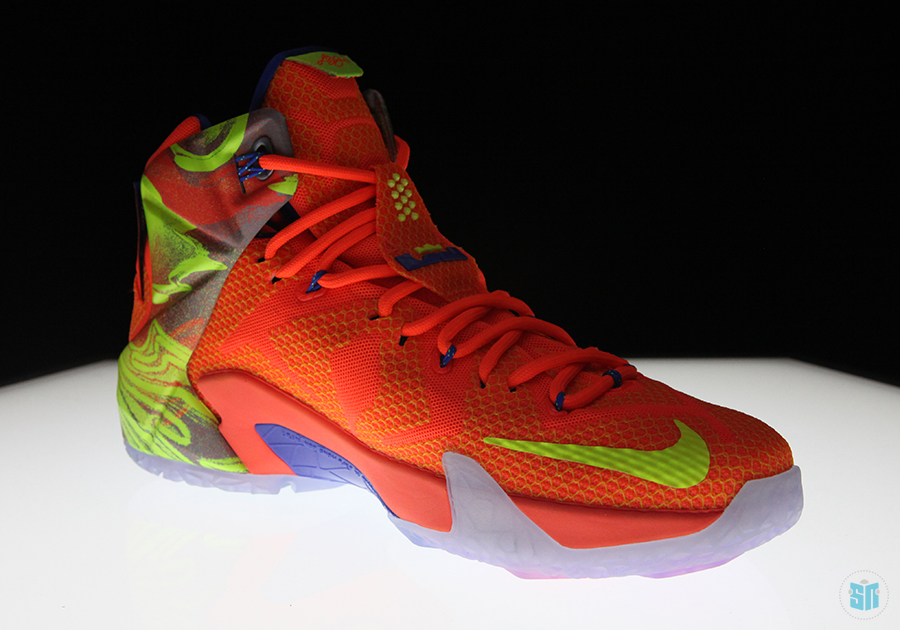 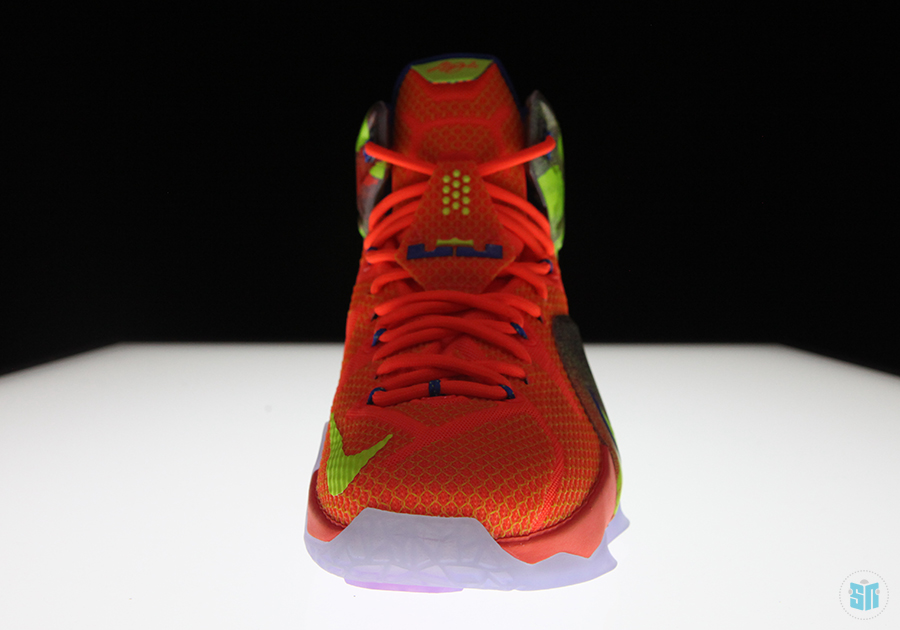