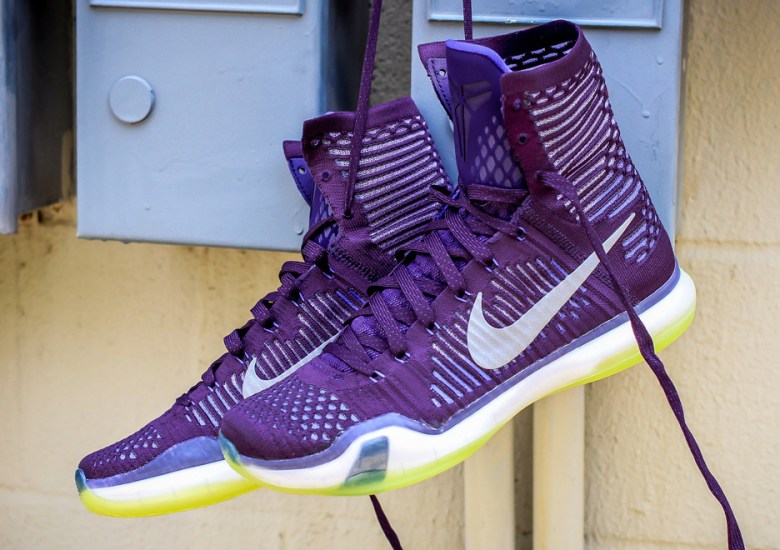 Who Will Wear The Nike Kobe 10 Elite This Postseason? 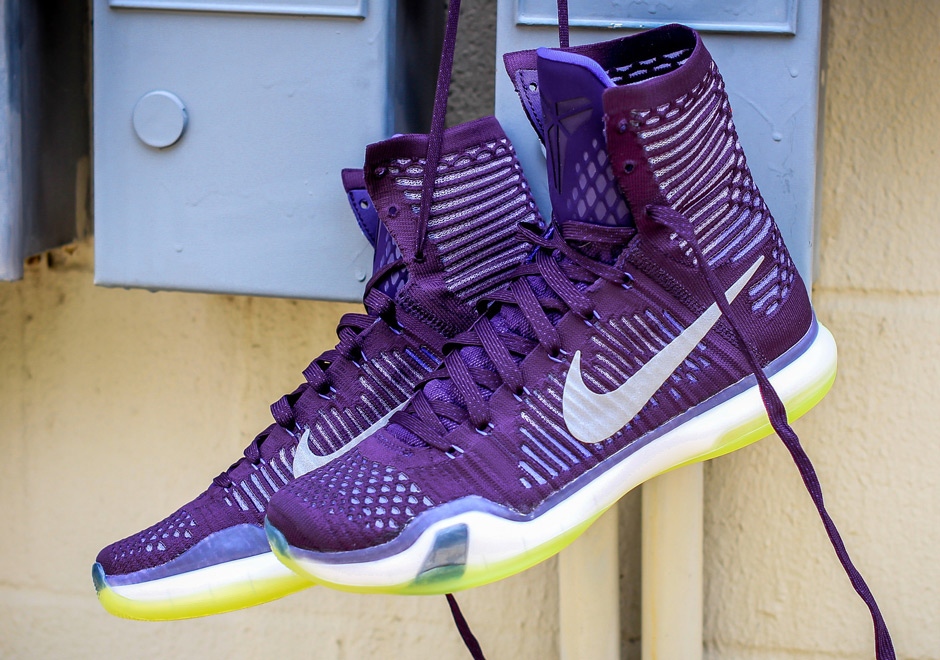 Nike’s about to roll out their 2015 Elite Series in the coming weeks, but unfortunately two out of the three pairs listed won’t even be worn on their respective signature athlete’s feet. Russell Westbrook is currently carrying the load while Kevin Durant waits for a return next season, which means no KD 7 Elite on KD’s feet this offseason. Kobe is once again sidelined by injury as his Lakers squad has recorded the worst win tally in Hollywood history without him at the helm. So who is going to wear the Nike Kobe 10 Elite during the 2015 playoffs? Our guess is guys like DeMar DeRozan, J.R. Smith, and Andre Iguodala will all at least give the silhouette a try given each of the trio have been fans of the lowtop Kobe 10s throughout the regular season. The hightop model will debut on April 17th featuring a Laker-influenced purple flyknit construction, one that boasts an even more lightweight feel thanks to the decision to ditch the synthetic overlays that helped support the heel in last year’s model. The natural motion outsole with a unique traction system found on the Kobe 10 will return for the Kobe 10 Elite as well. Check out a detailed look after the break and stay tuned for more upcoming colorways in the near future. 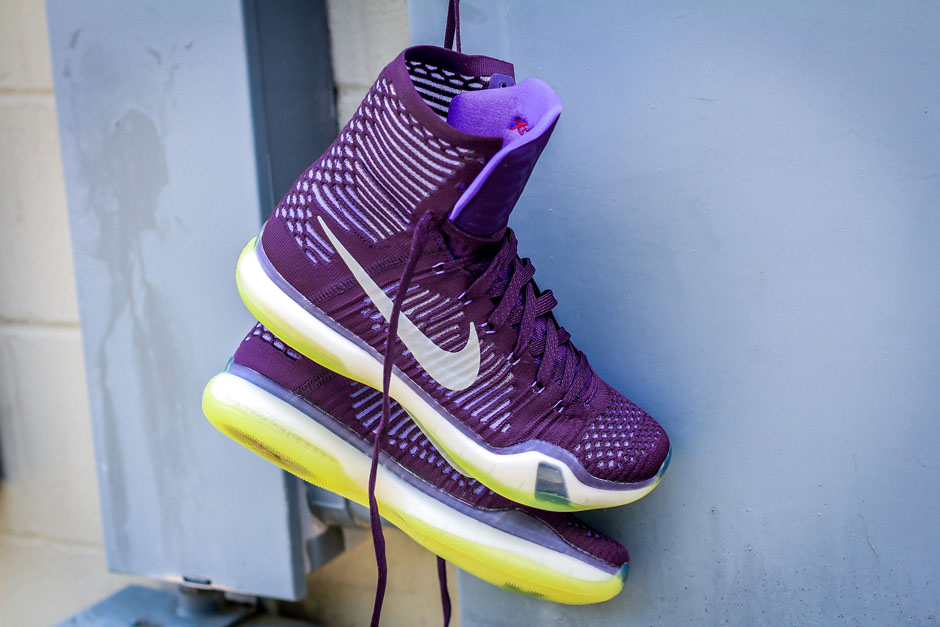 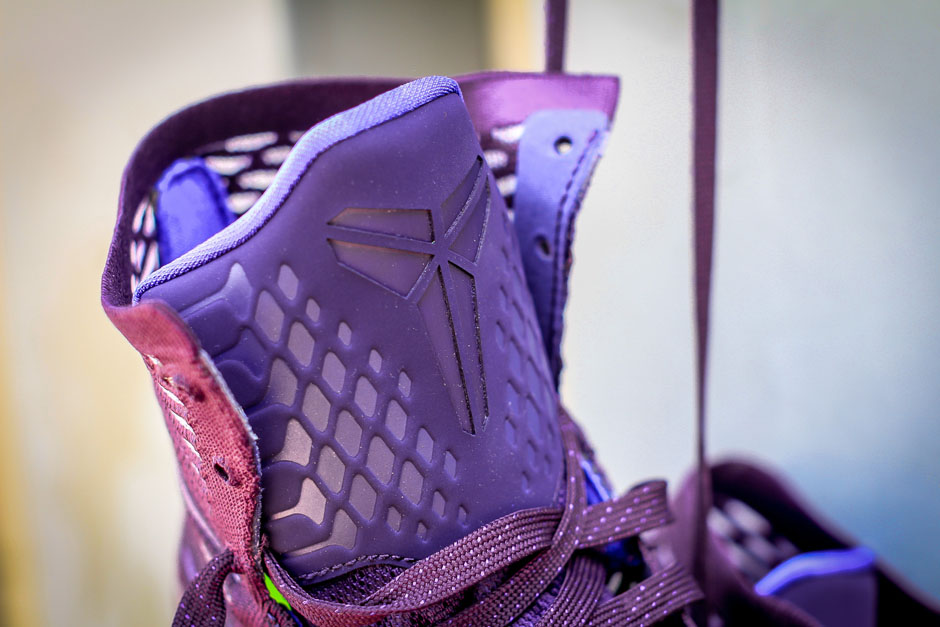 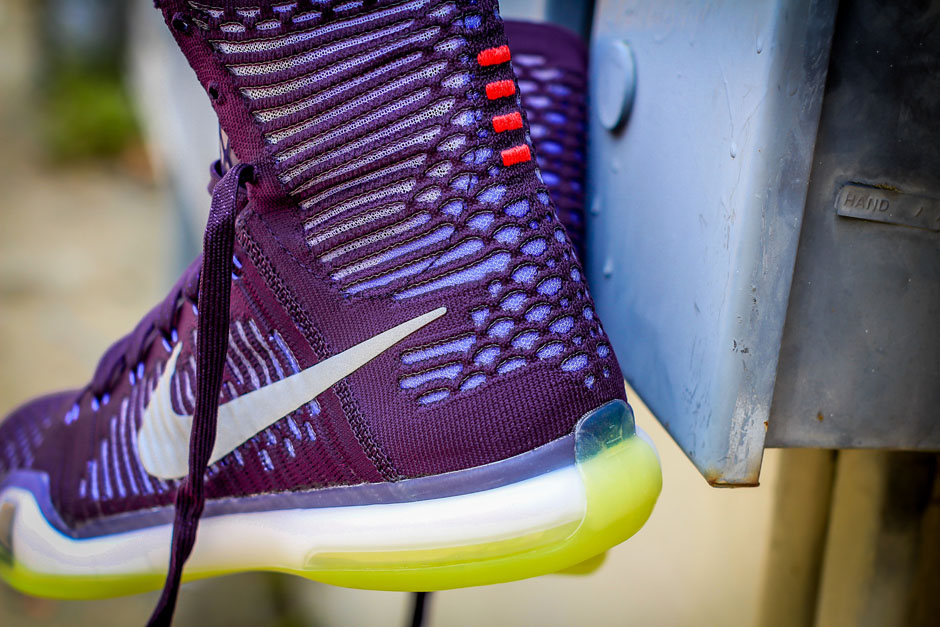 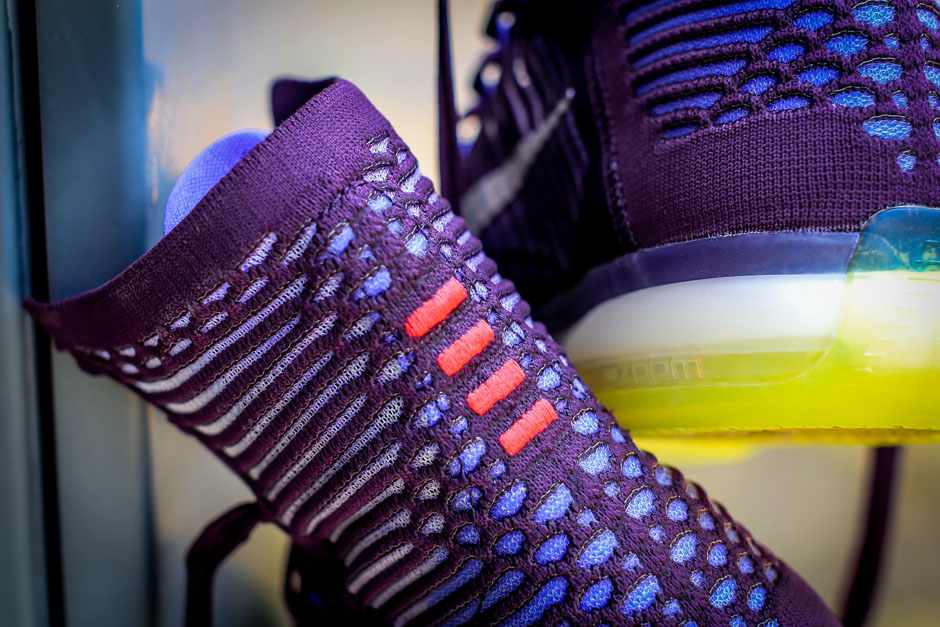 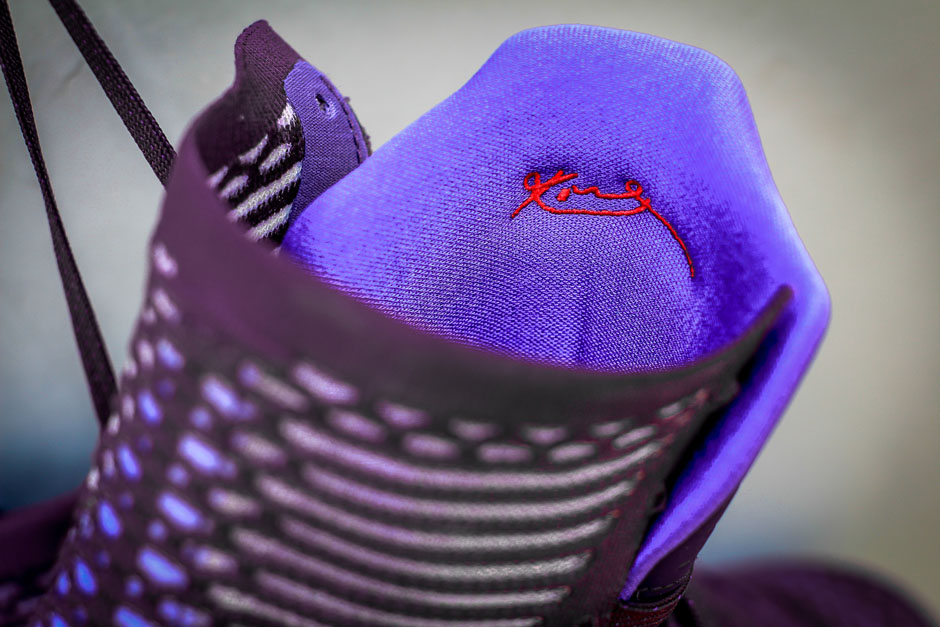 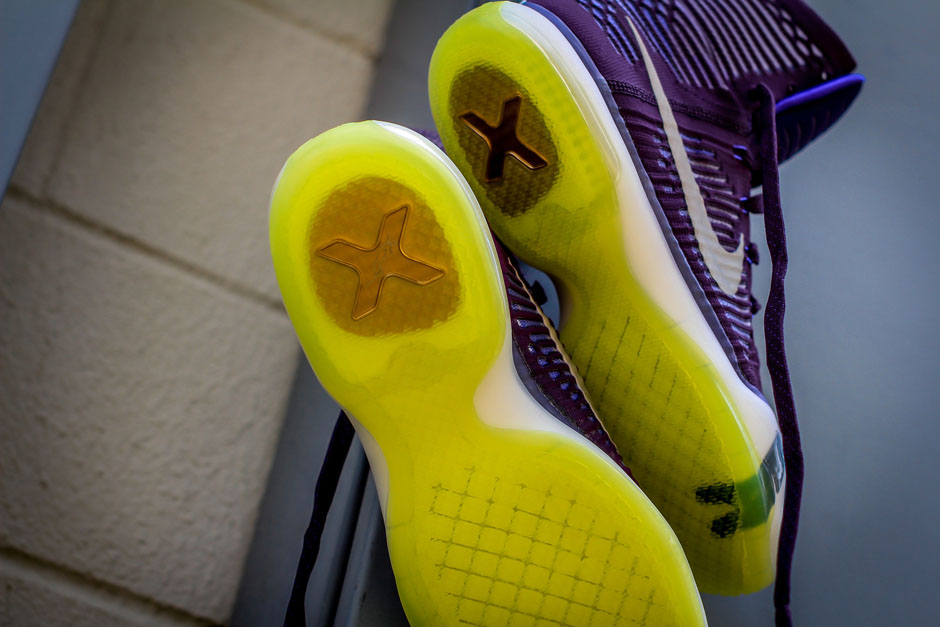