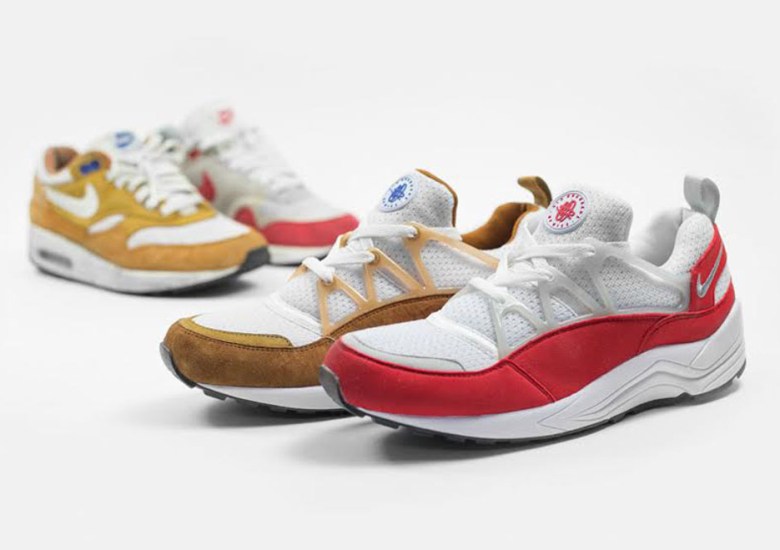 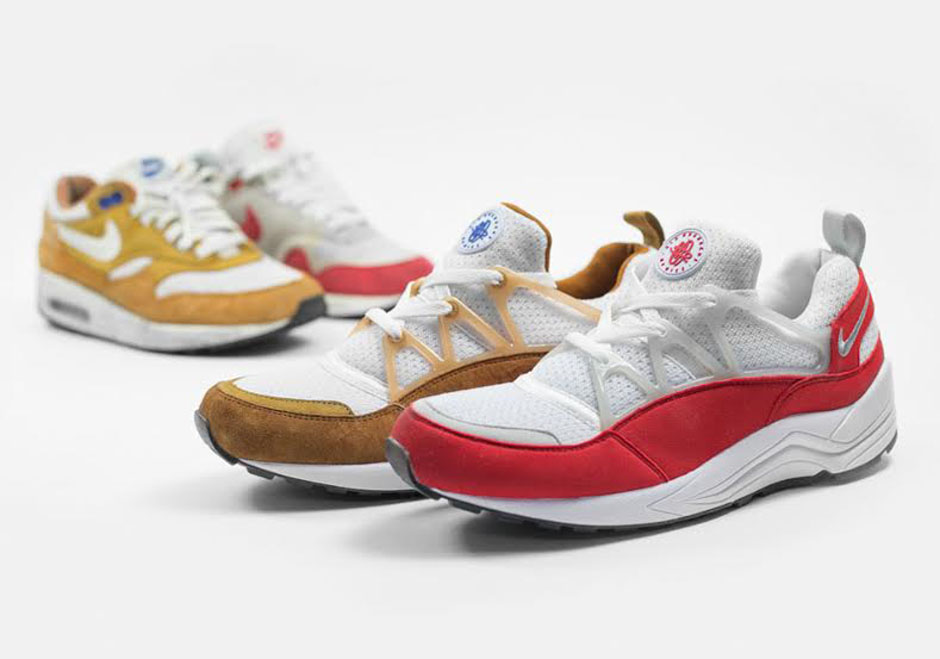 The Nike Huarache and Nike Air Max series all have the same man to thank for being legendary inclusions in Nike’s lineage. And while Tinker Hatfield designed the initial pairs, both the Huarache and Air Max names have veered off on respectable yet different paths throughout the three decade history. The latest Nike Huarache Lights look back at two of the more famous Air Max 1 colorways in the “Dark Curry” and “University Red” aesthetics and mirror them rather well. The Huaraches start with a white mesh base and take the look to the shoe’s mudguard and overlays in a near one-to-one match. These two Nike Air Huarache Lights will release exclusively via Size? on Thursday, April 23rd and we’ll be sure to update you if these two pairs will release stateside in the near future. 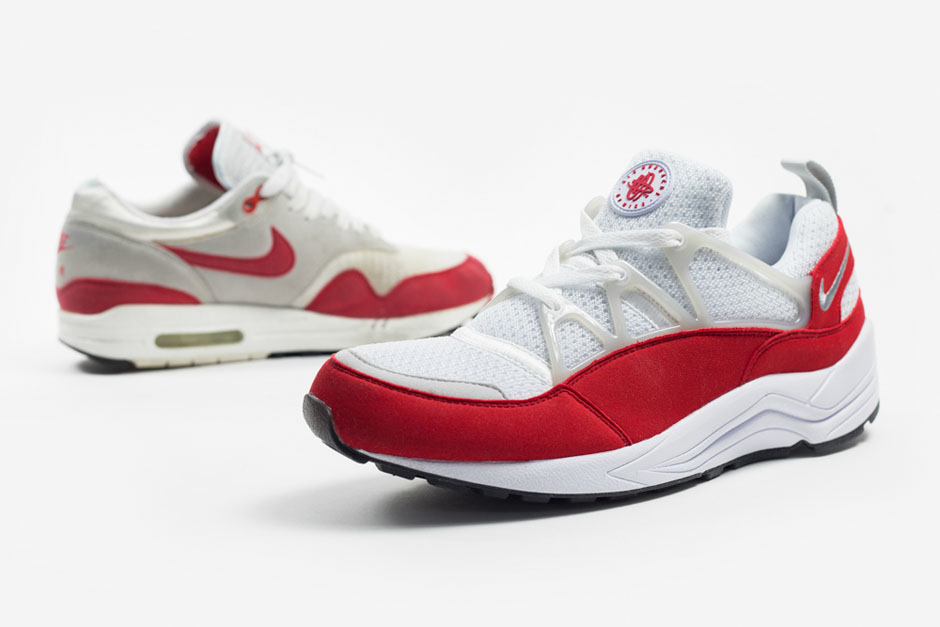 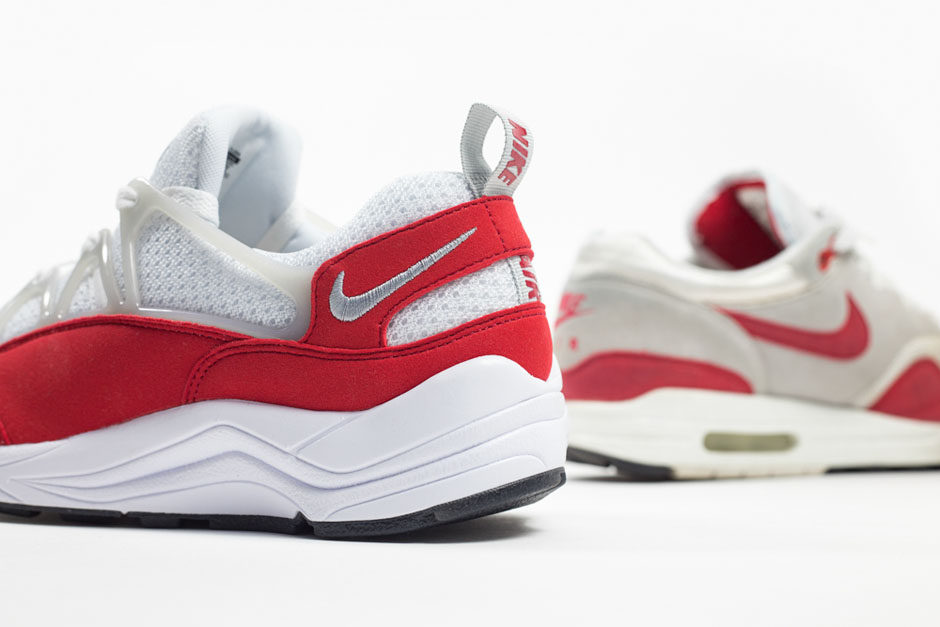 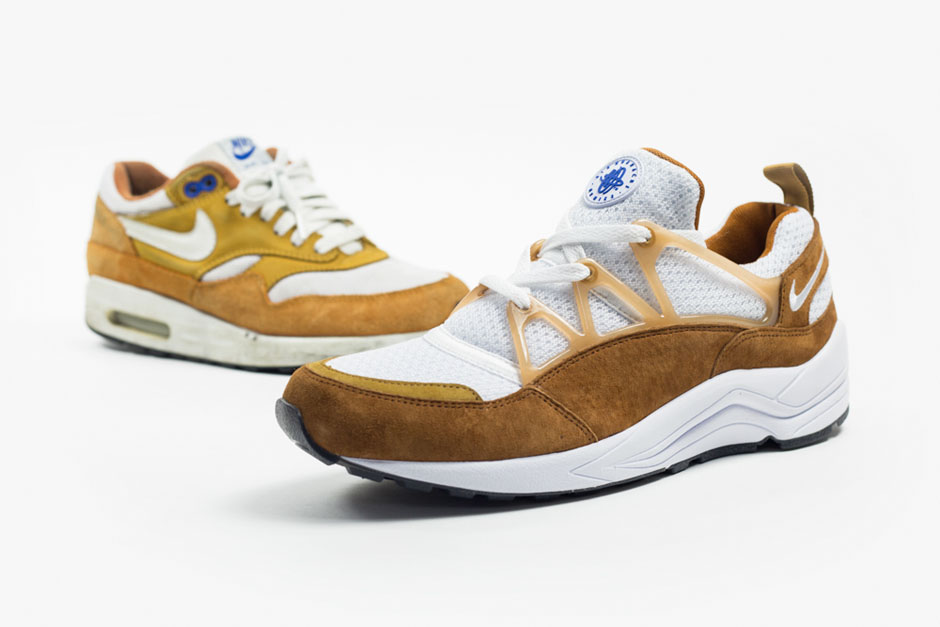 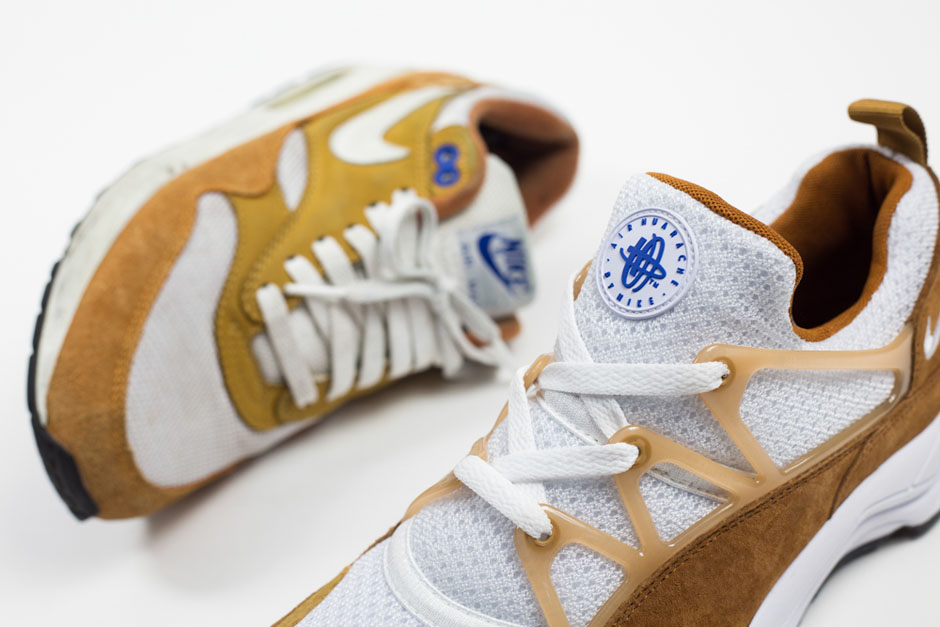