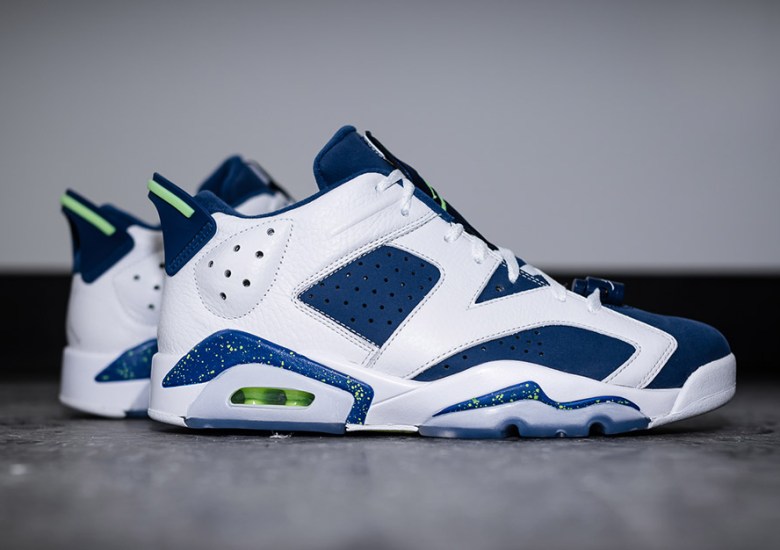 The Last Air Jordan 6 Low Of 2015 Releases This Weekend 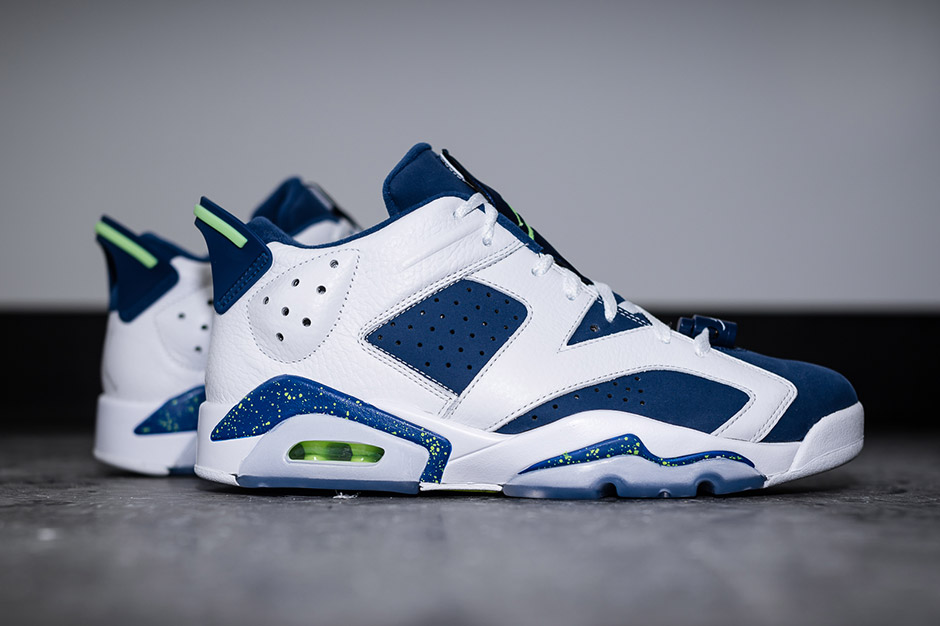 This weekend, the last of the resurgent Air Jordan 6 Low will be releasing. After 2014 was undoubtedly the year of the Air Jordan 6 given the model was celebrating its 23rd anniversary, Jordan Brand surprised many by bringing the oft-forgotten lowtop model to the summer slate. The OG Black/Chrome won over many, as did a newly christened Infrared style. Now this rather Seattle Seahawks looking pair will debut this weekend just in time for the ‘Hawks and the 12th man to come back from a disappointing Week 1 start. A white leather base sees accents of navy coincide with Ghost Green, a recurring shade that adds an extra dimension to the midsole thanks to smart uses of speckling. Get one last look after the break and be sure to stay tuned for more release date updates right here on Sneaker News. 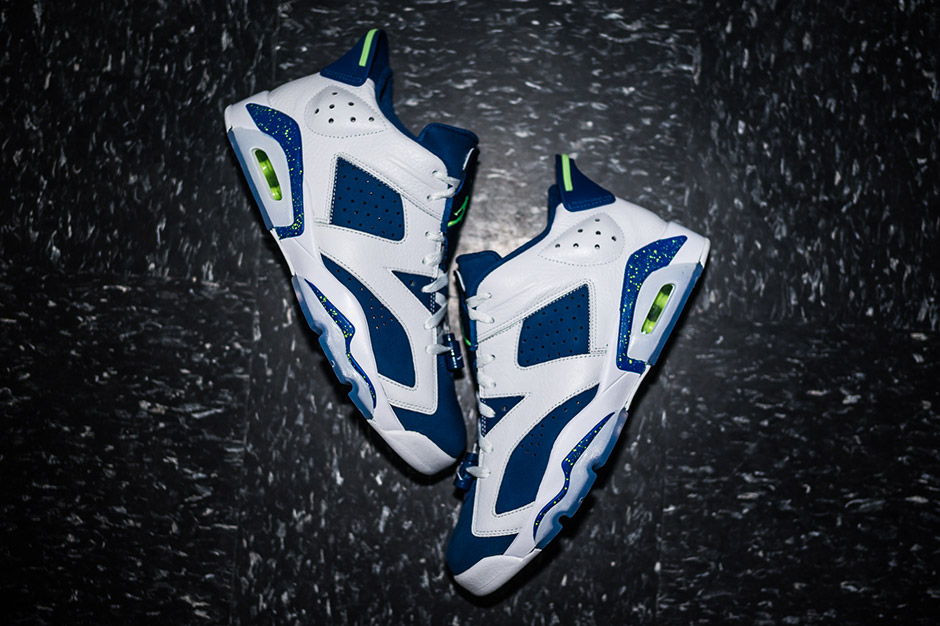 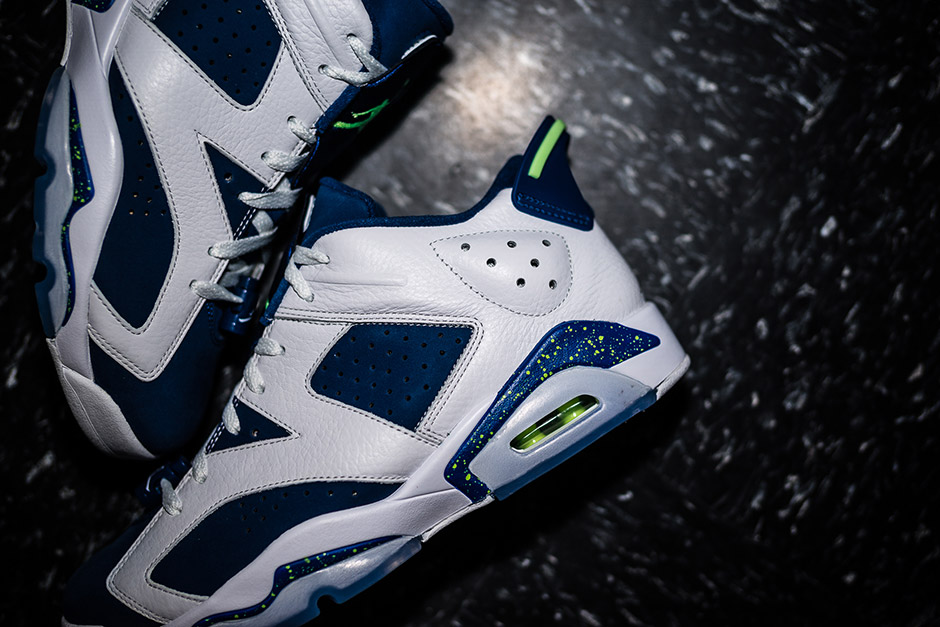 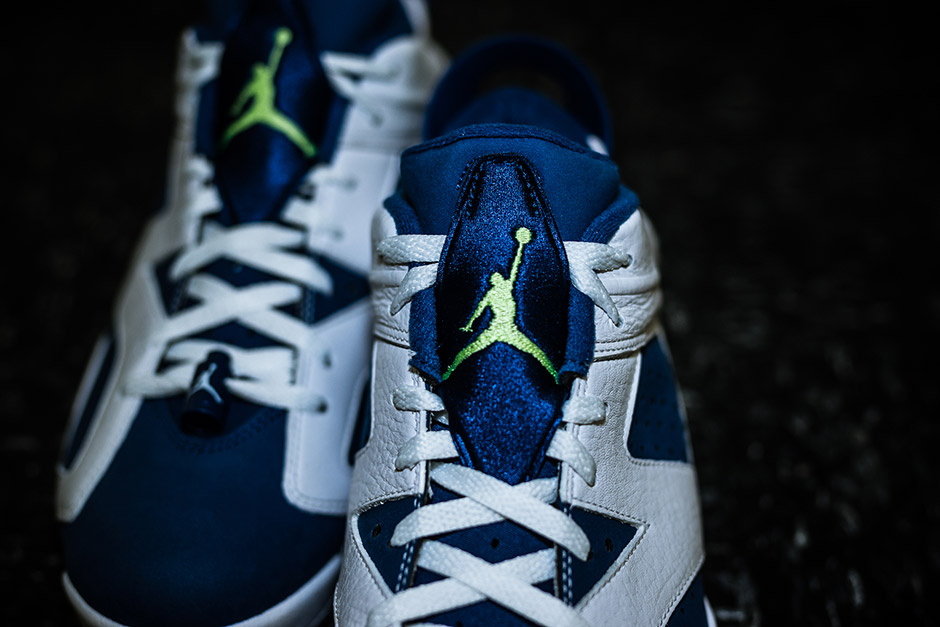 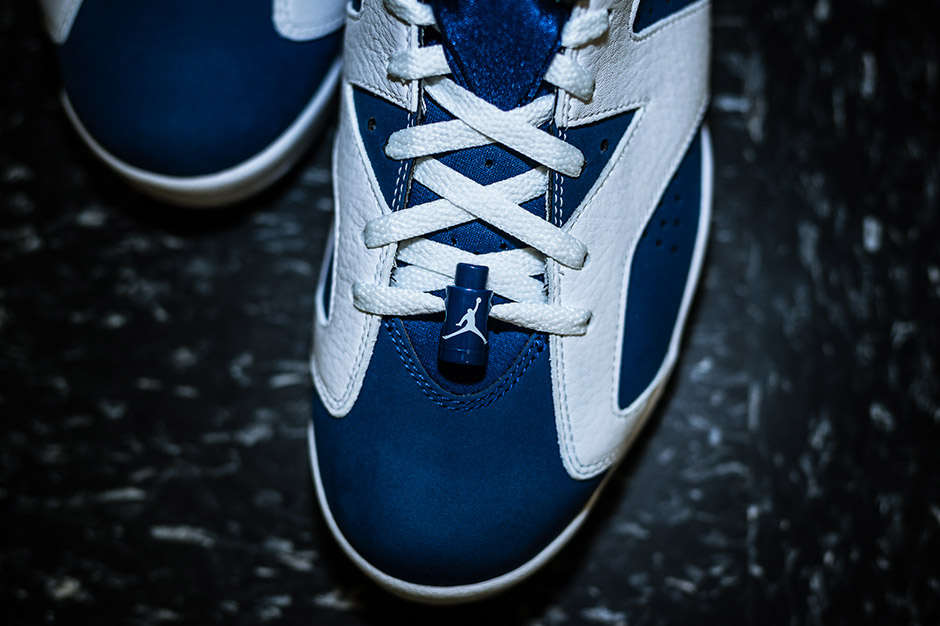 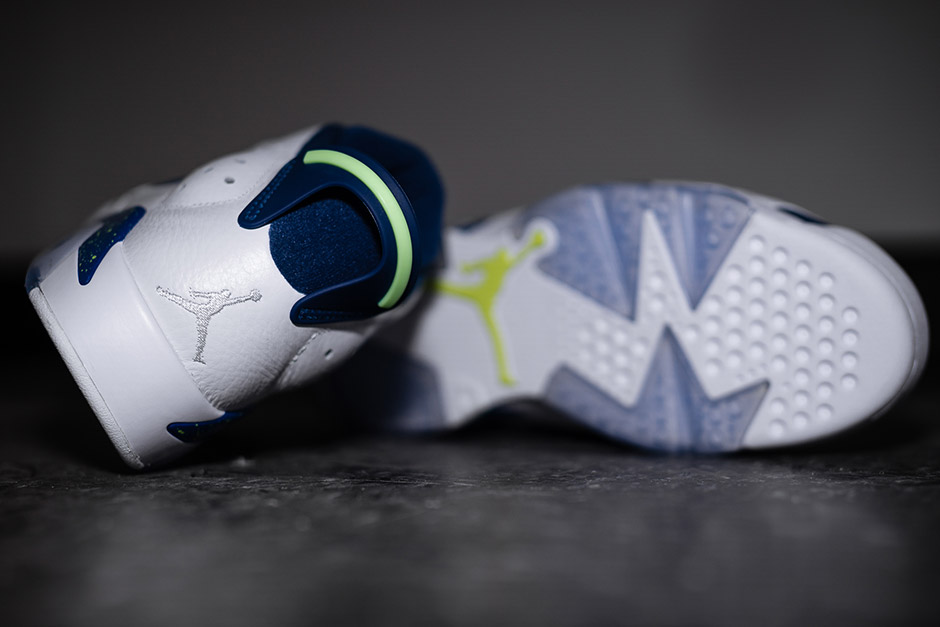 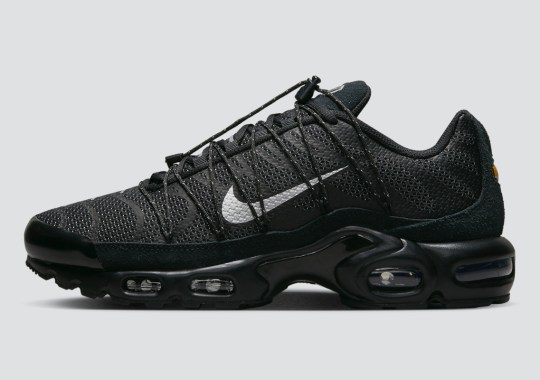