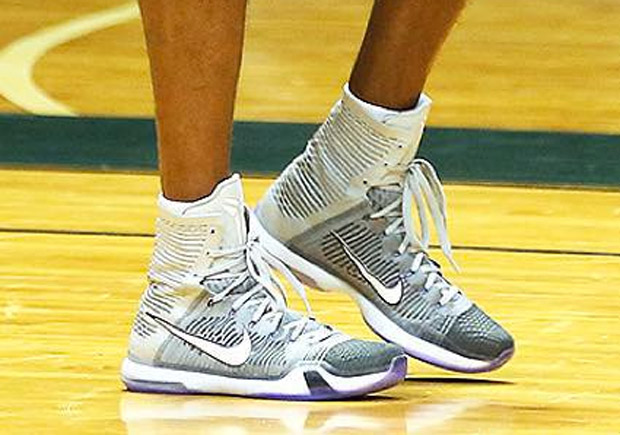 Kobe Bryant started his professional basketball career in Hawaii almost 20 years ago where he joined then teammate Byron Scott for a series of exhibition games to get ready for the NBA season. Fast forward to today and The Black Mamba is joining Scott, now his coach, on the island once again in what could be his final pre-season. Kobe was back on court in limited action and laced up a new Nike Kobe 10 Elite pair, one of presumably many before we get a look at the Kobe 11 this coming January. During practice he sported a premium grey pair that featured a white Swoosh outlined in metallic gold (pictured above) in a look reminiscent of his Prelude Pack. His other pair was a bit more subtle, as a mostly white upper featured a yellow Swoosh. It will be interesting to see Kobe transition into a mentor of this young group as D’Angelo Russell was seen also wearing a Kobe 10. Check out a full look below.