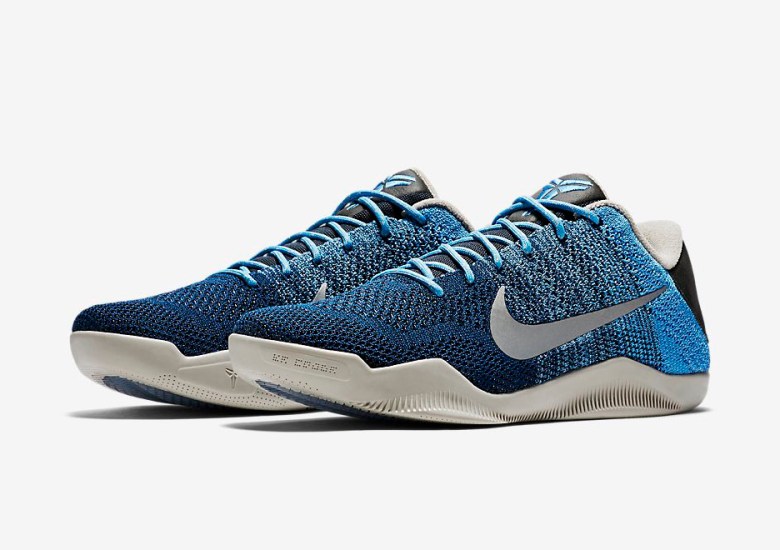 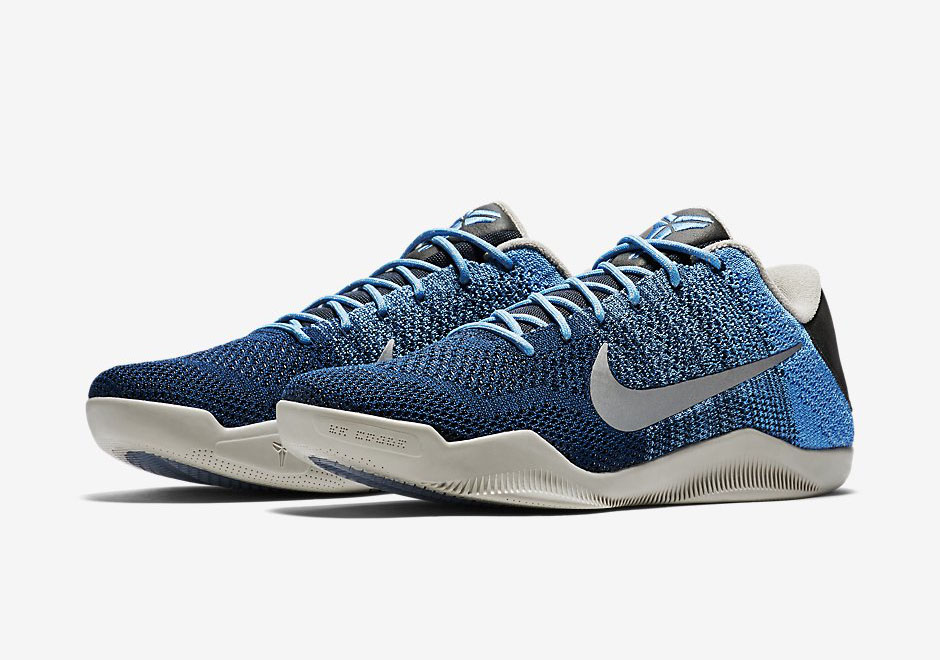 Last month we saw that the upcoming “Brave Blue” colorway of the Nike Kobe 11 Low will feature a special patch on the right shoe’s heel, stating “I See Beauty In the Struggle”. But it turns out that’s not the only special subtle detail of the colorway sporting a gradient blue Flyknit upper. These official images of the shoe reveal that what we all previously thought was a solid white sole unit actually transitions to clear on the bottom for a look at the Zoom tech inside. Pretty cool, right? Oh, one more thing: the side Swooshes are reflective. If these new reveals of special detailing has your interest in the “Brave Blue” colorway piqued, set their April 14th release date to memory now. 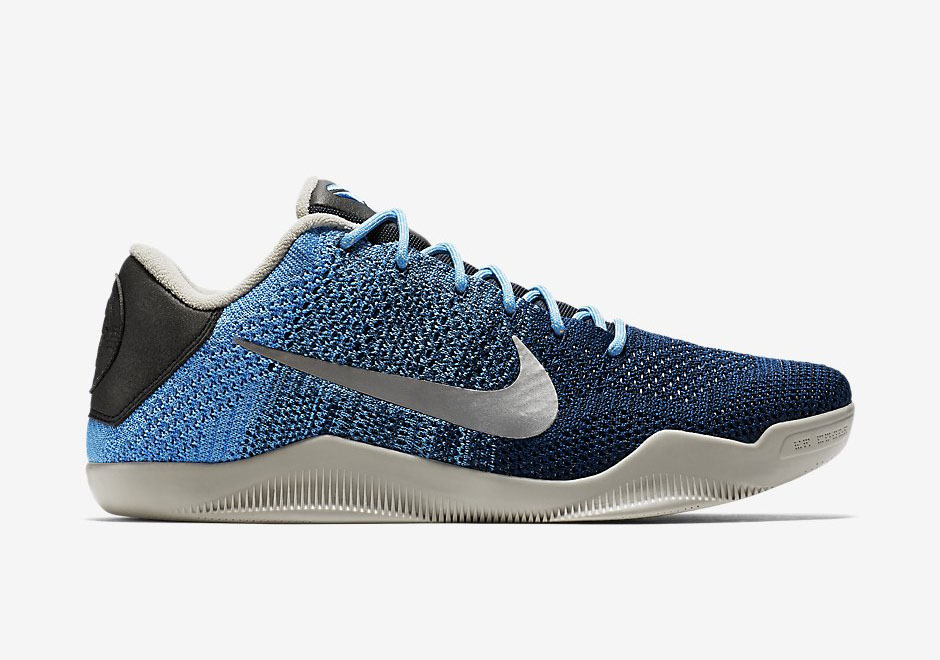 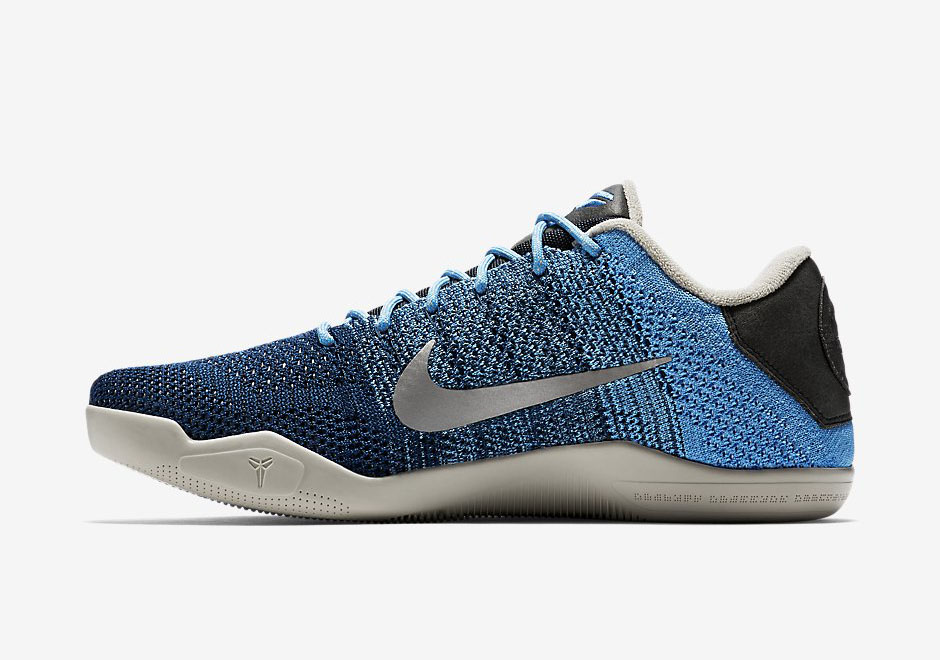 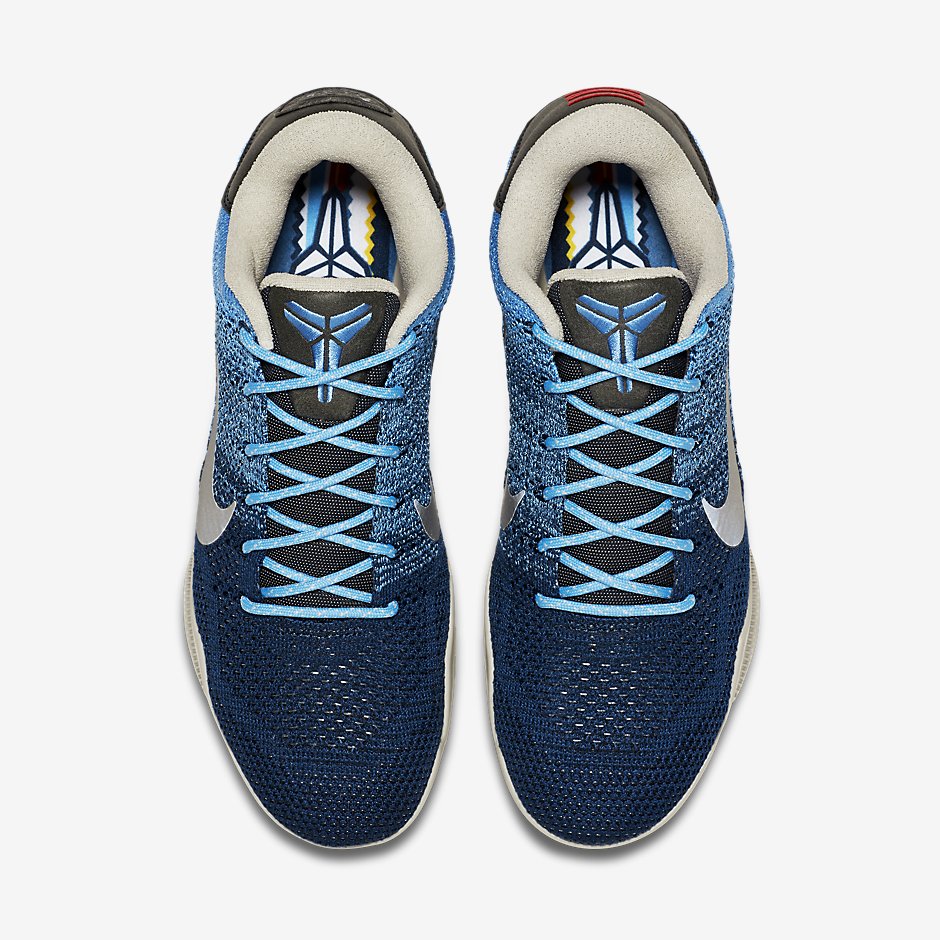 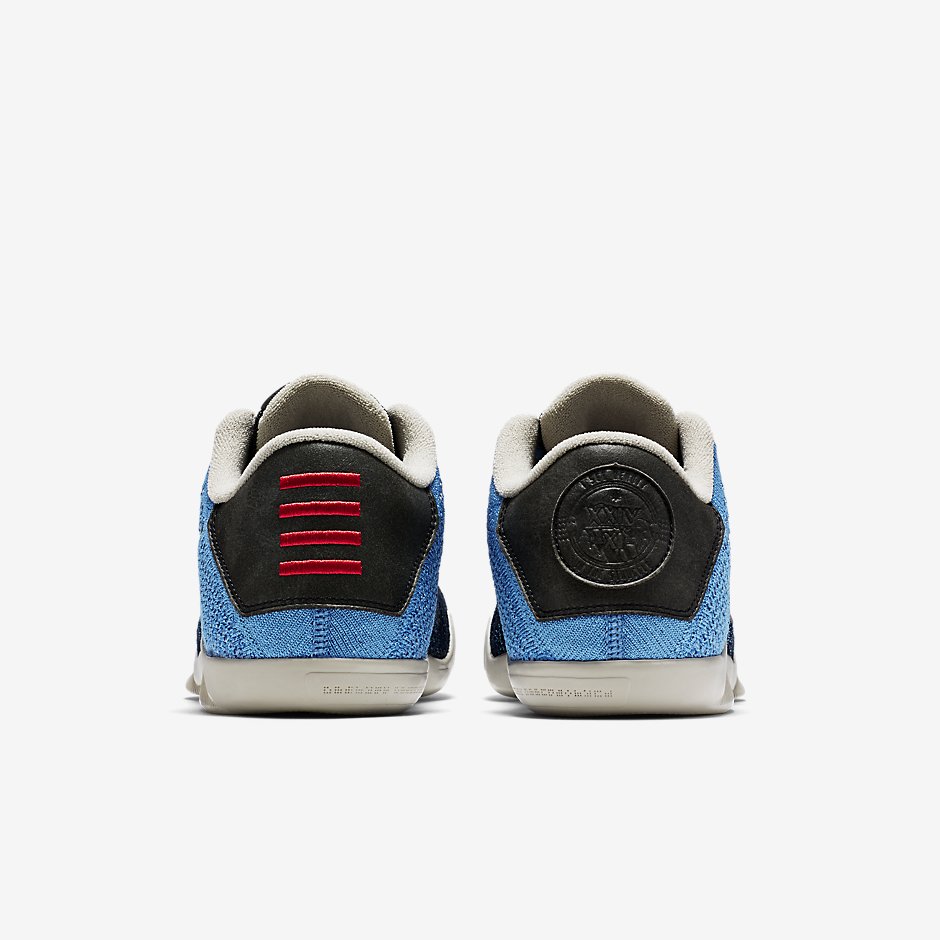 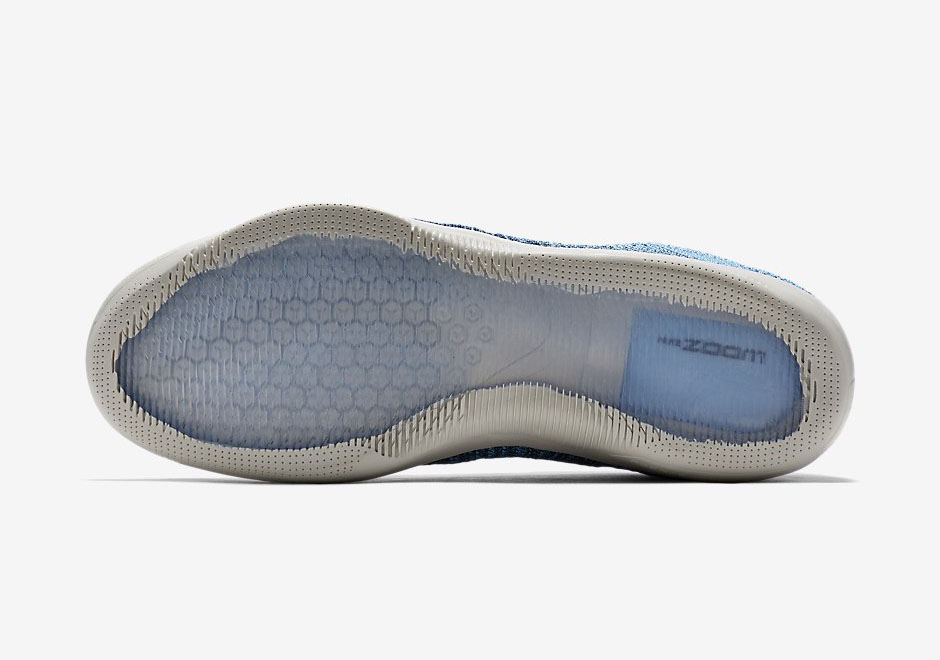 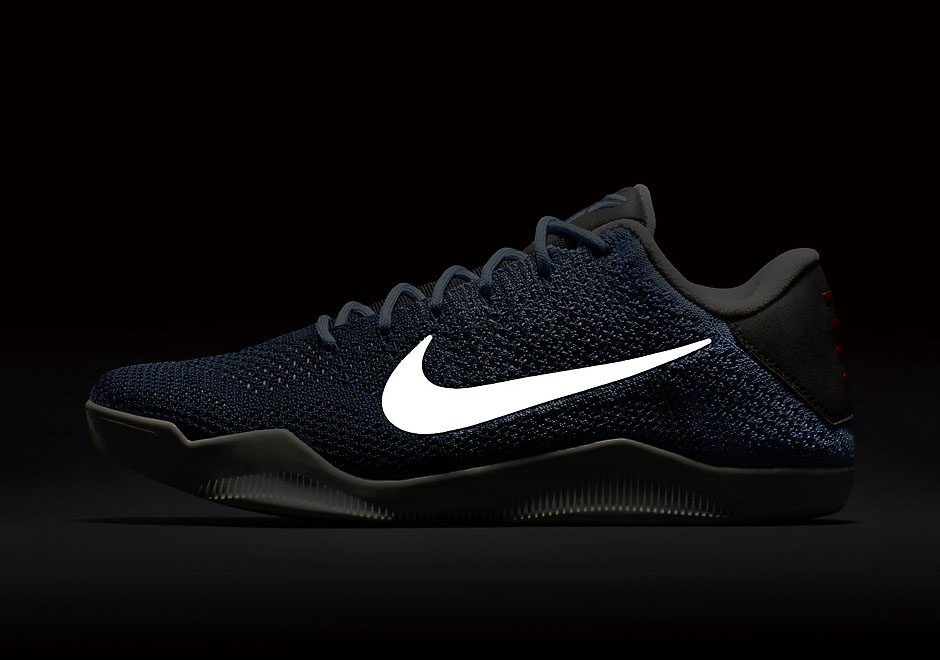