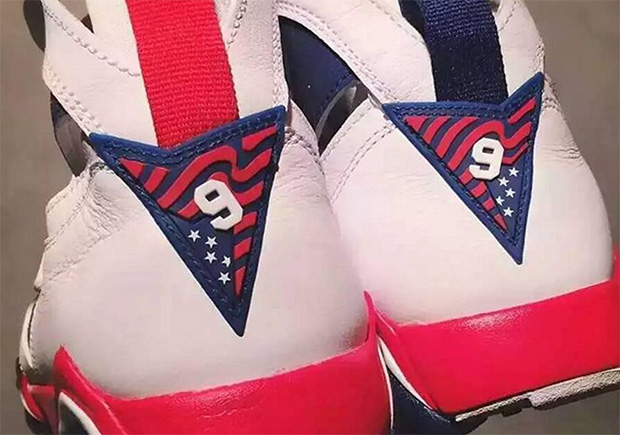 Did you know that Tinker Hatfield designed multiple variations of the Air Jordan 7 Olympic for Michael Jordan’s trip to Barcelona in 1992? This summer, Jordan Brand is celebrating the near quarter-century anniversary of the Dream Team as USA Basketball readies for the Summer Olympics in Rio De Janeiro by releasing the rare Air Jordan 7 Olympic Alternate pair. The feature that stands out the most has to be the unique Air Jordan 7 heel construction featuring an American flag with Michael Jordan’s Olympic number 9 placed prominently off-center. The heel tabs even alternate between Fire Red and Deep Royal Blue for a unique twist. The Olympic Alternate Jordan 7s will release on August 16th for $190 USD.