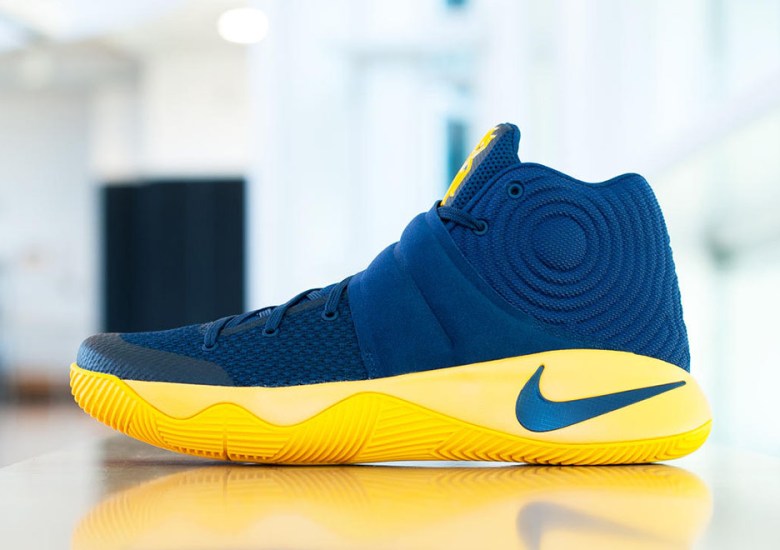 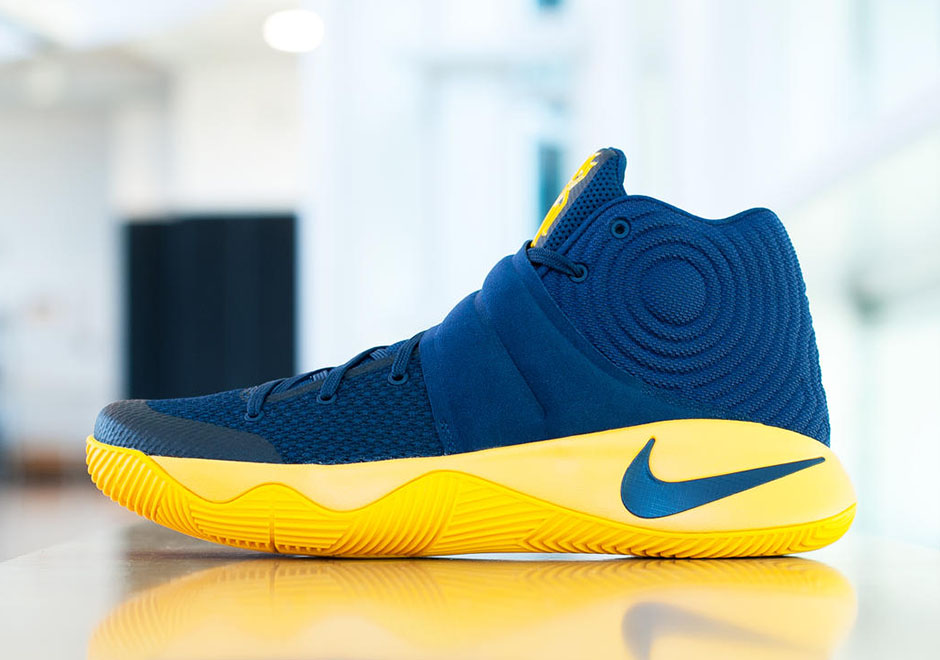 Just dropping 31 points in game four of the Cleveland vs. Detroit first round series of the Eastern Conference playoffs, Kyrie Irving helped lead the Cavs to a convincing sweep of the Pistons in four games. On his feet for the impressive performance was a PE of the Nike Kyrie 2 in an all-navy upper with yellow sole unit, which until now, was thought to be releasing on May 26th. But Nike Basketball just announced that the Cavs PE colorway will now hit select retailers on May 19th. See the shoe in detail here, and Kyrie and Cleveland fans, mark your calendars now. 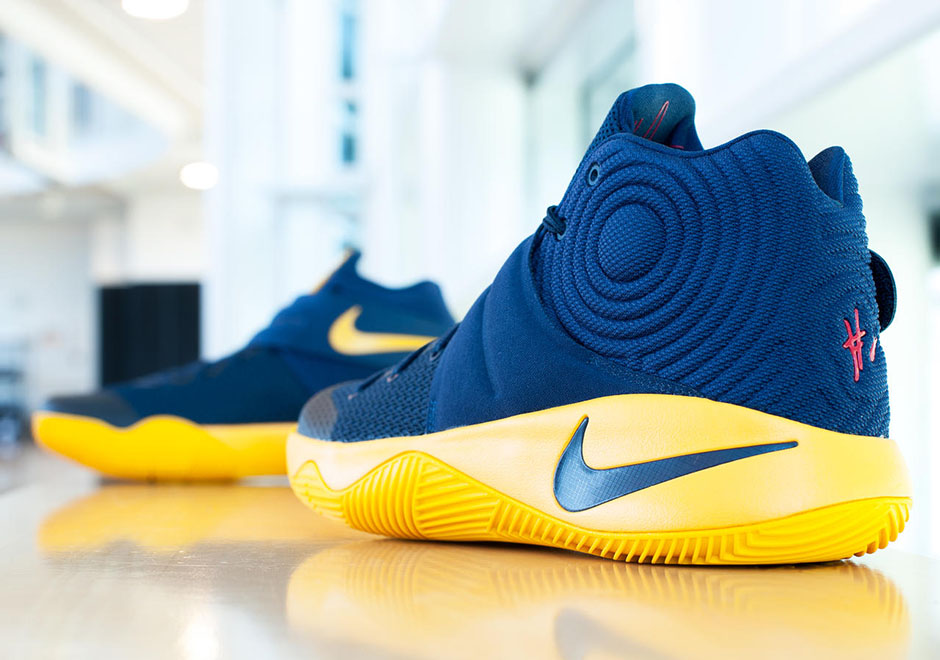 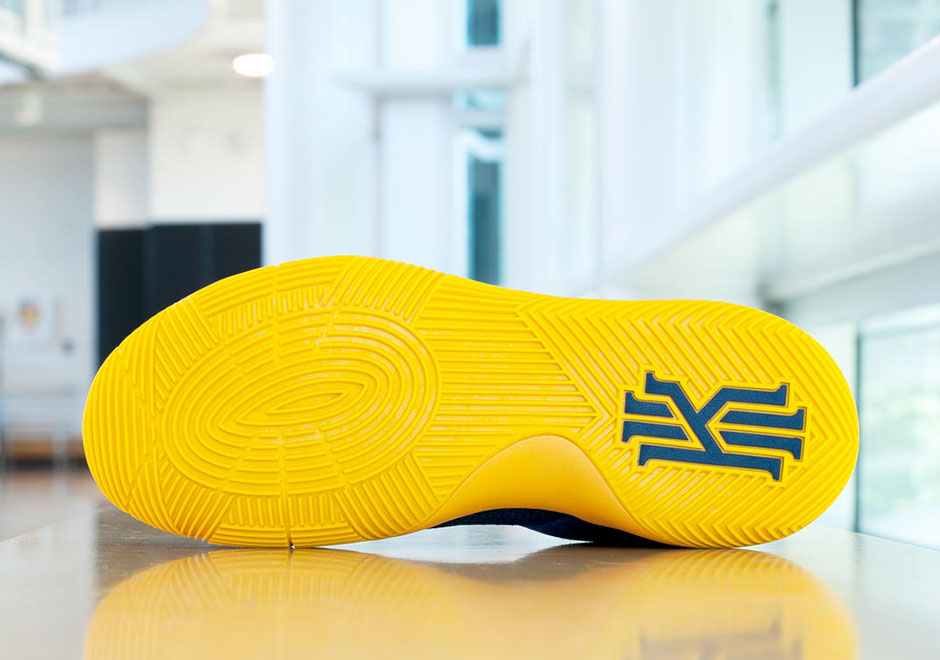