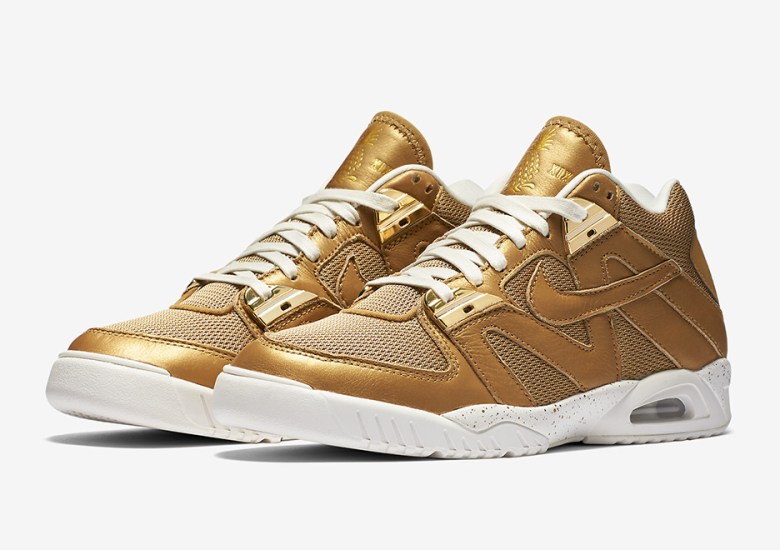 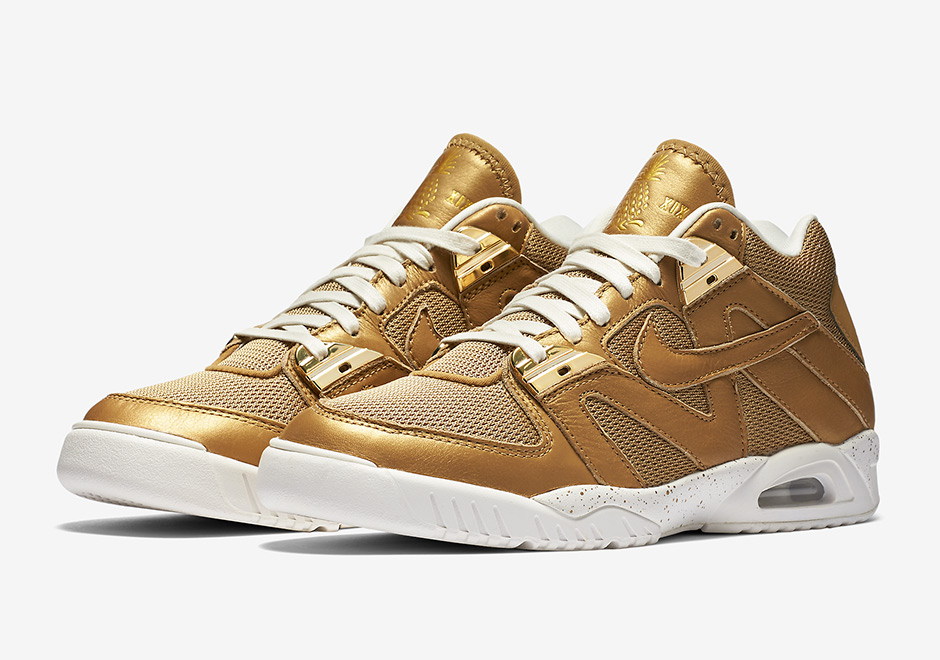 Nike Sportswear’s annual homage to Grand Slam tennis tournaments is upon us, and this Nike Air Tech Challenge III inspired by Wimbledon could be perhaps the most premium takedown yet. Andre Agassi’s retro is transformed by the use of a Metallic Gold and Ivory upper featuring gold speckles on the midsole, that vintage tennis ball logo on the heel that was so sought after yet missed in past retros, and a pineapple trophy emblem on the tongue in honor of the award given out to the men’s singles champion. Get with us after the break for a full view of the latest Grand Slam-inspired ATC release and we’ll keep you updated on a release date right here on Sneaker News. 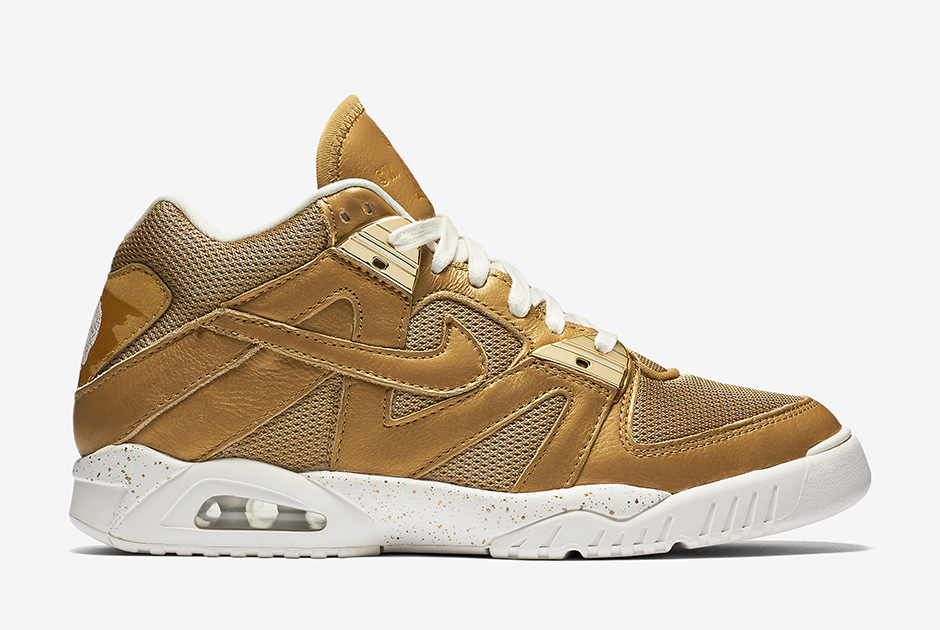 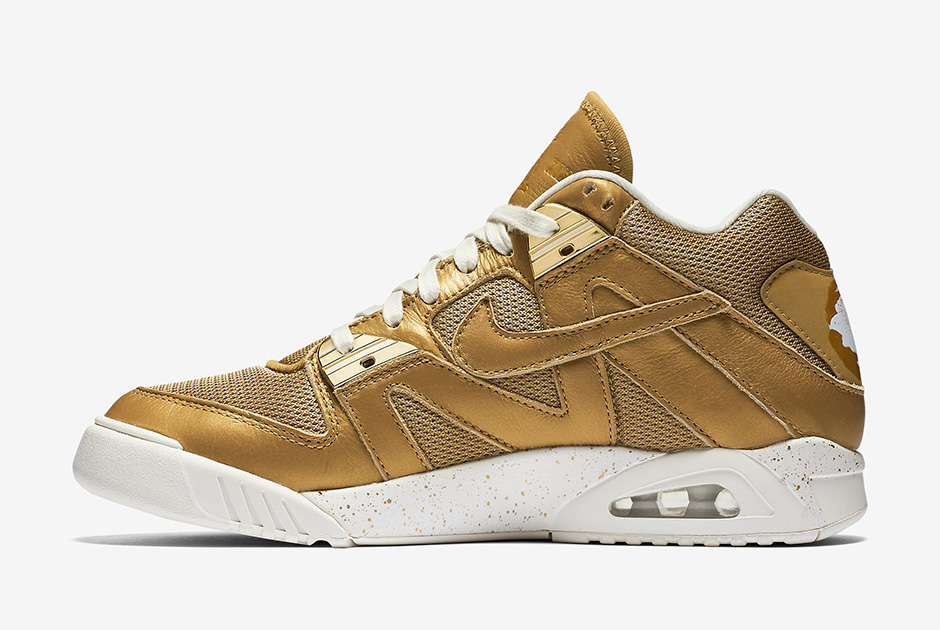 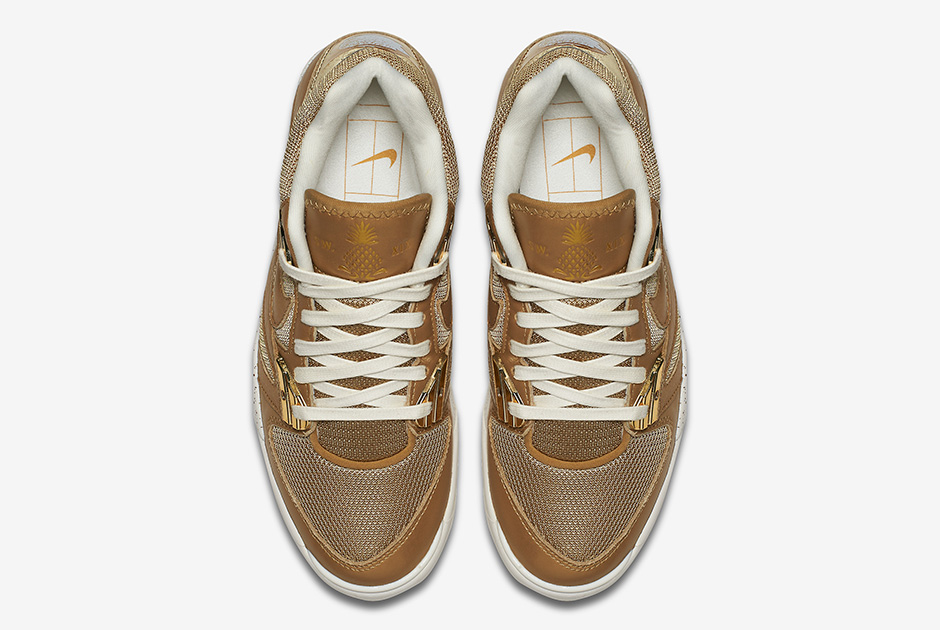 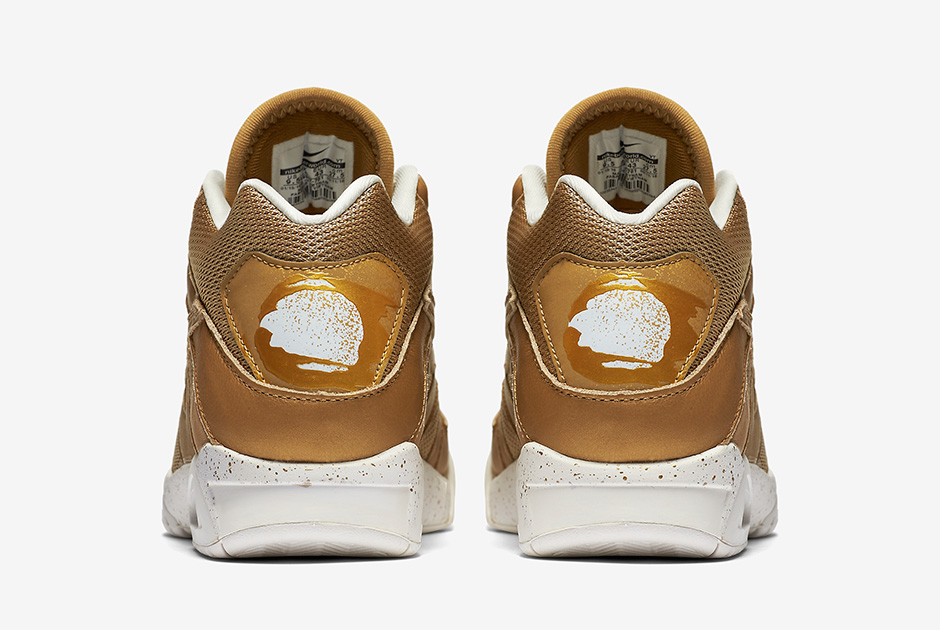 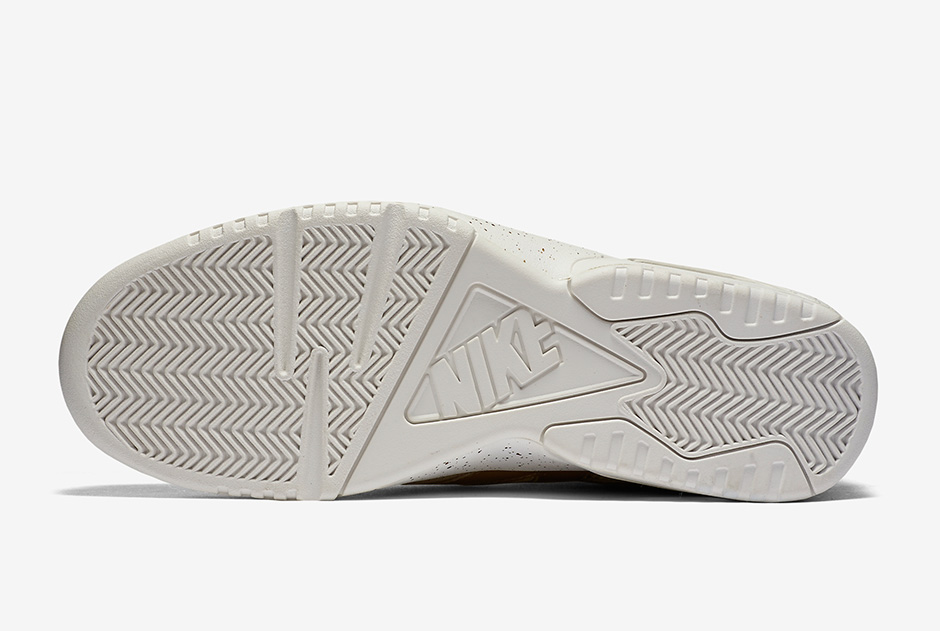 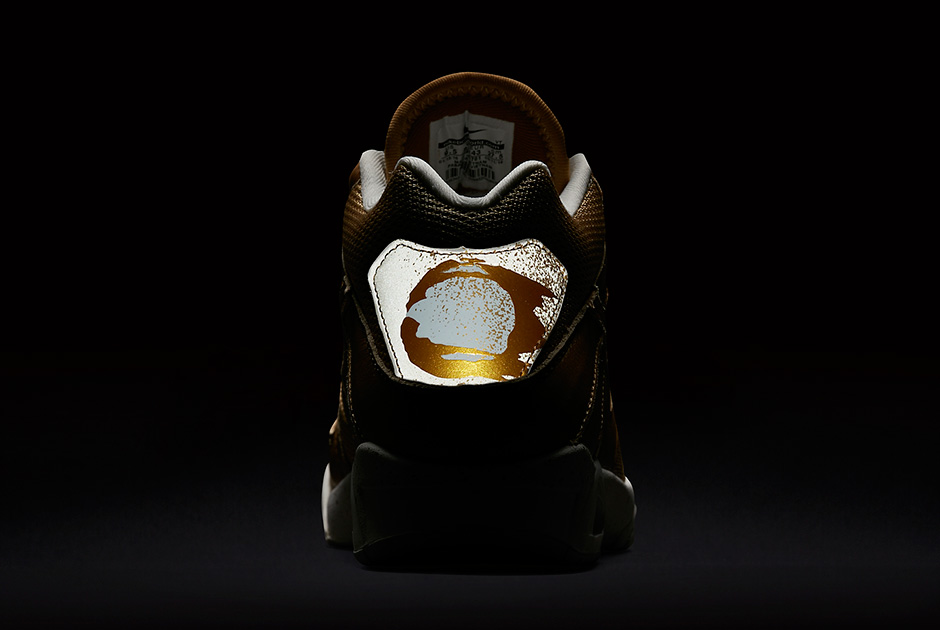