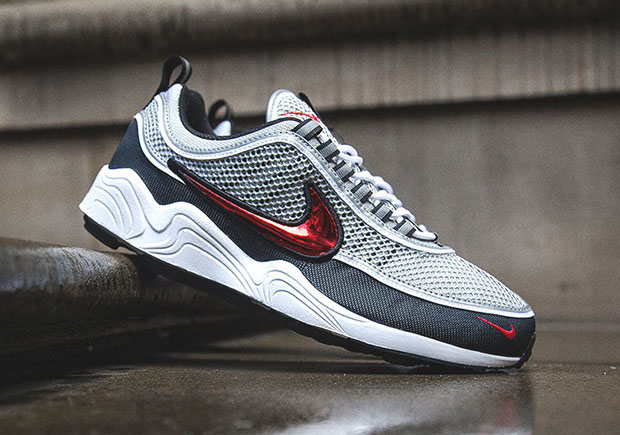 The Nike Air Zoom Spiridon is celebrating its 20th anniversary with a bang thanks to added attention from NikeLab, but nothing compares to an OG colorway. The 1996 running model was notable for the expanded air bubbles found in the midsole unit and a hefty dose of Zoom Air. The unique cushion system wasn’t the only feature that garnered attention for this retro gem though, as the bold, oversized, mirrored Swoosh branding hypnotized. The Swoosh was a feature first seen on the Nike Air GX football boot that released earlier in ’96 while the mesh uppers and mini-Swoosh branding were features on the Nike Air Max 97. All of the unique aesthetic choices came together for a truly strange and head-turning model that’s remained at large since its last retro treatment in 2003. The Nike Zoom Spiridon will release in this OG colorway this Saturday, July 16th at select shops for $175 USD. Check out more detailed photos below and let us know if you’re excited about the return of this seldom seen Nike retro by taking your thoughts to the comments section.