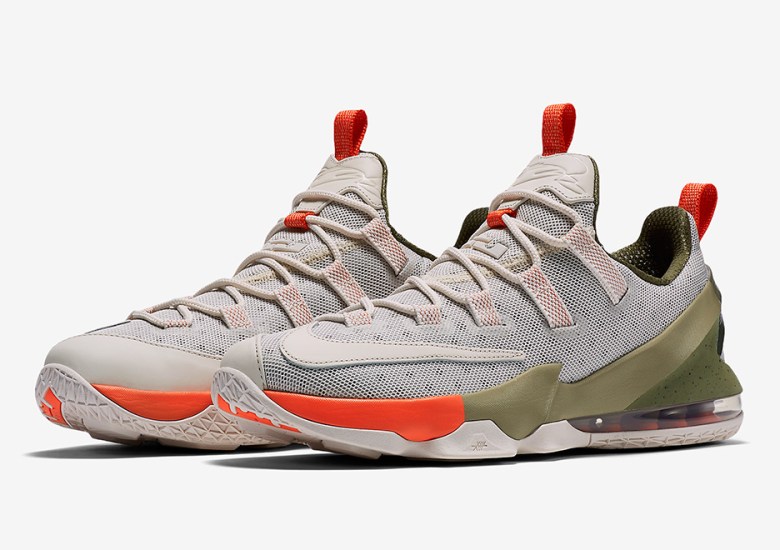 No Nike LeBron 13 EXT Yet, But These Come Close 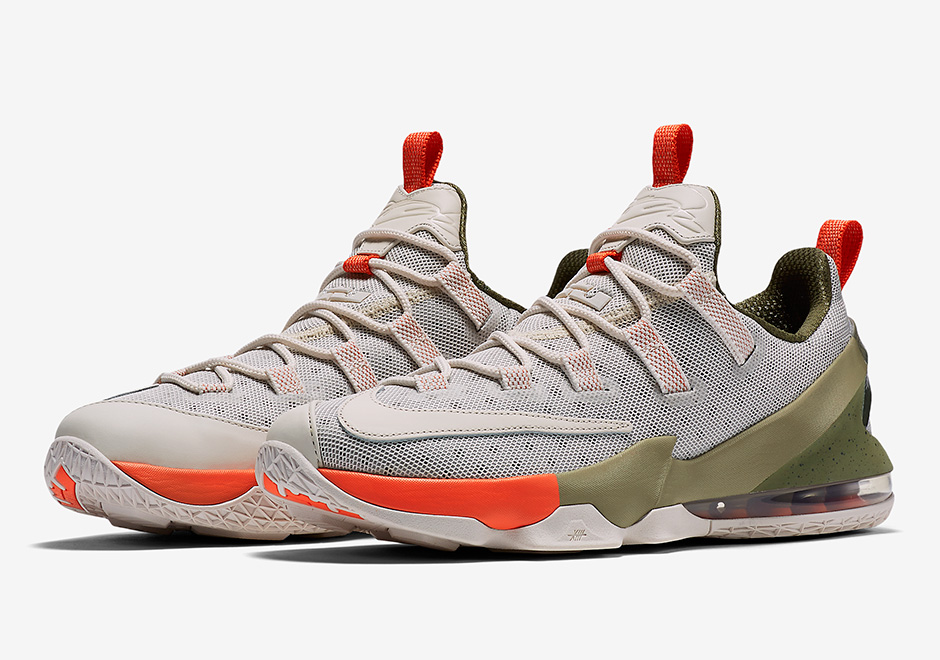 LeBron‘s candid interview with Sports Illustrated‘s Lee Jenkins revealed that The King believes at this point in his career he’s chasing a certain ghost that played in Chicago. And while LeBron has a summer to relax and reflect on his latest accomplishments, his Nike Basketball signature series is hard at work. Take this LeBron 13 Low as a prime example.

While we’re still waiting on release info and a first look at the LeBron 14, the Swoosh is still finding ways to rejuvenate the current roster of Lebron silhouettes. This militaristic combination of Neutral Olive and Turf Orange accents works perfectly on a neutral Phantom white mesh base. The real attention grabber though, is the leather Swoosh branding on the toecap and medial side. Instead of the usual tape and fuse construction, premium leather accents bring a perfect lifestyle touch to this offseason LBJ pair. Think Hiroshi Fujiwara’s fragment design KD 6 Elite from a few years back.

What do you think of the latest LeBron release? Expect this LeBron 13 Low to arrive at retailers later this month. 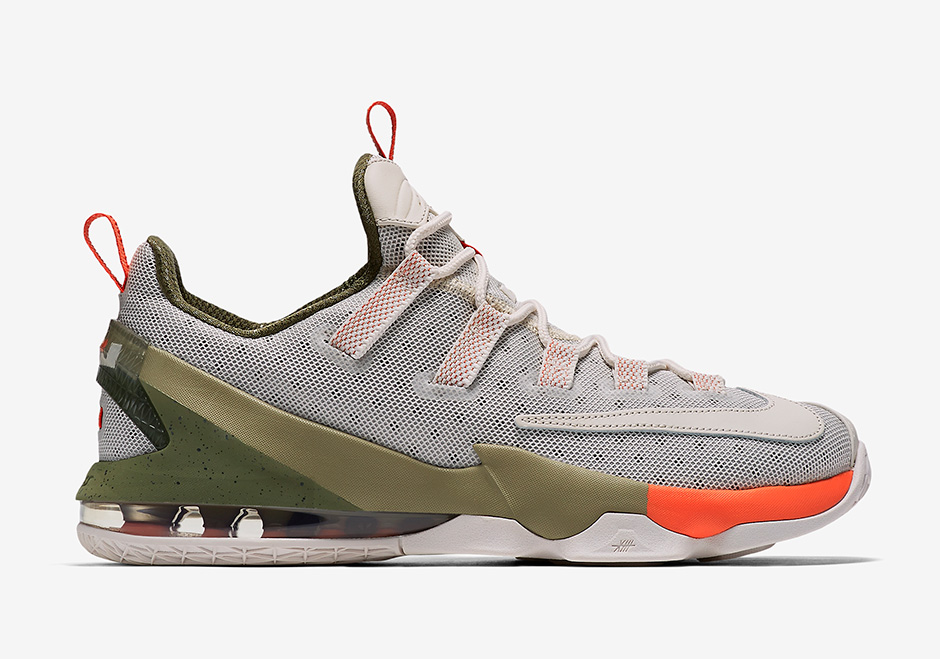 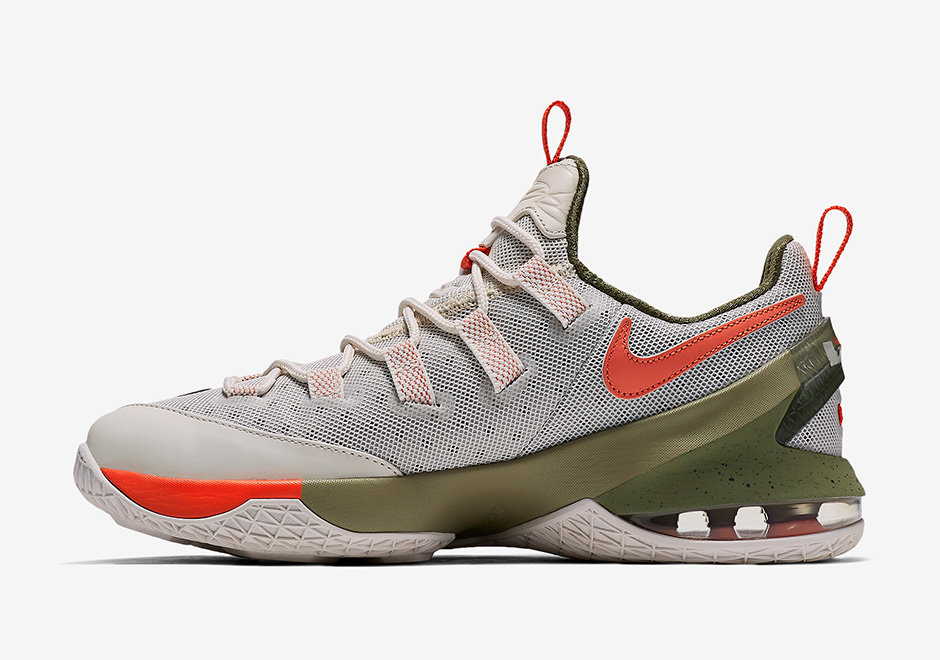 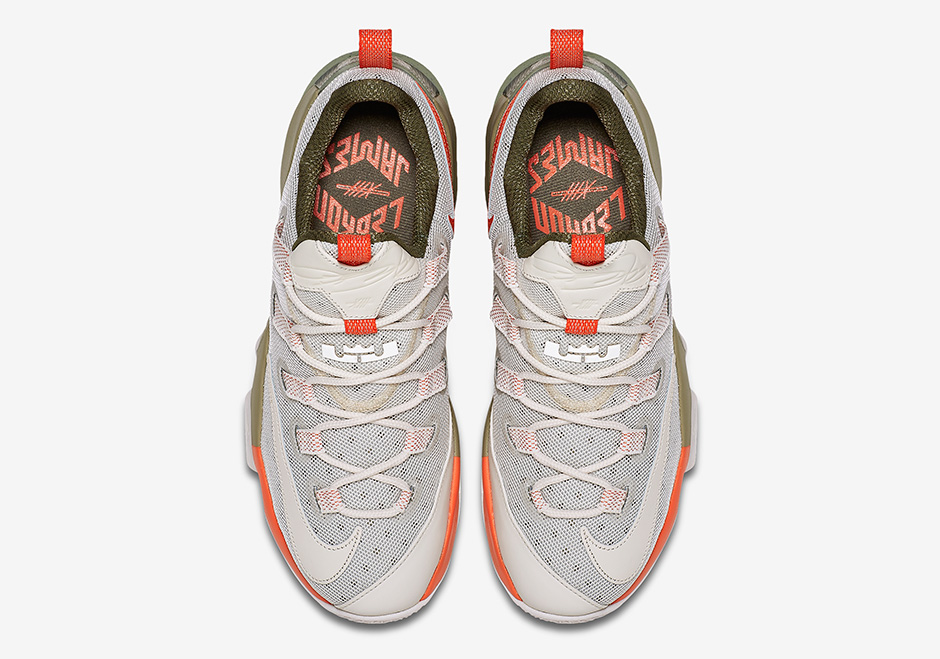 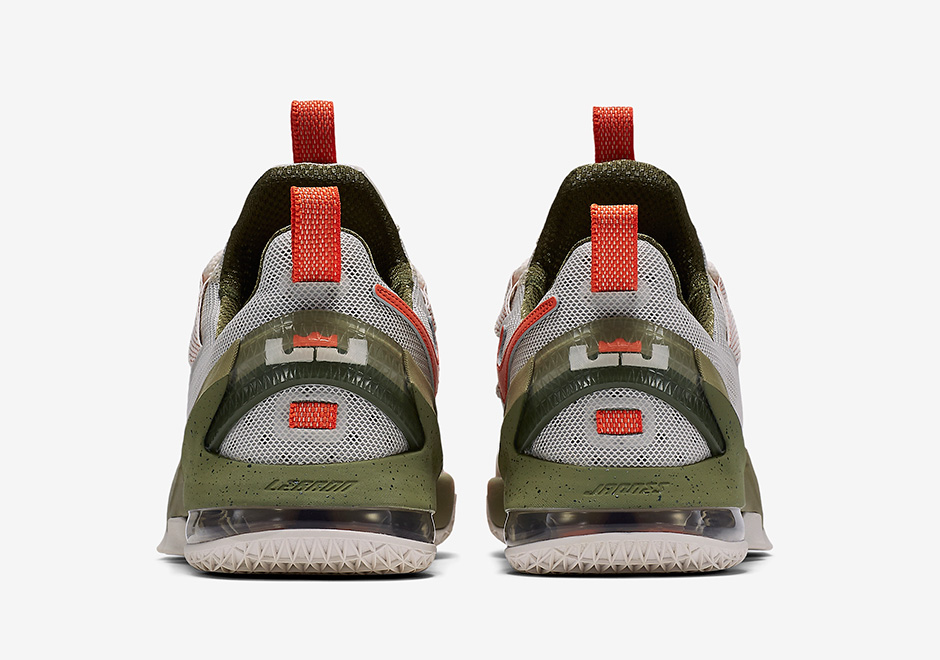 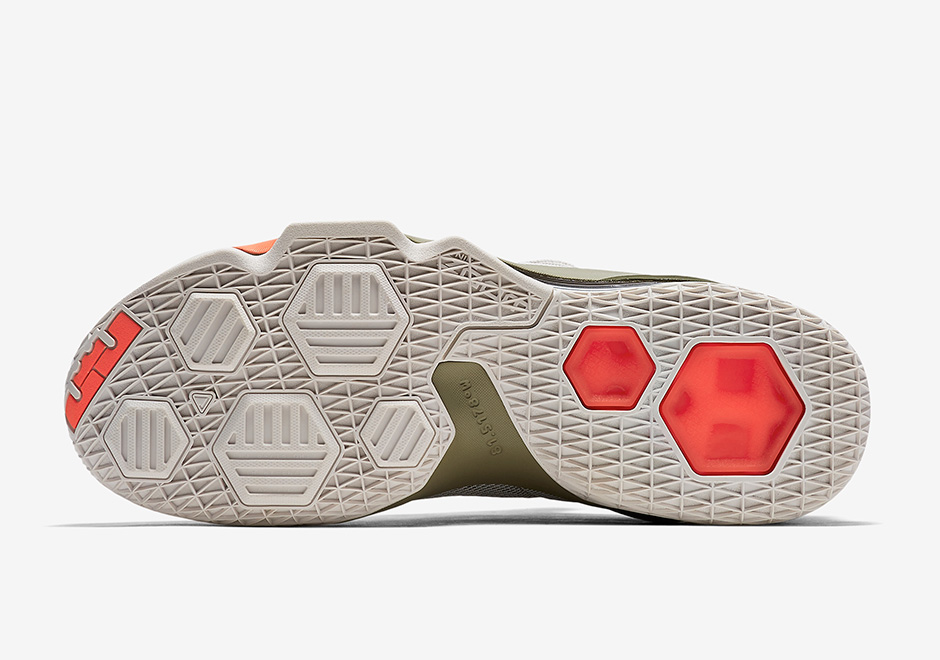 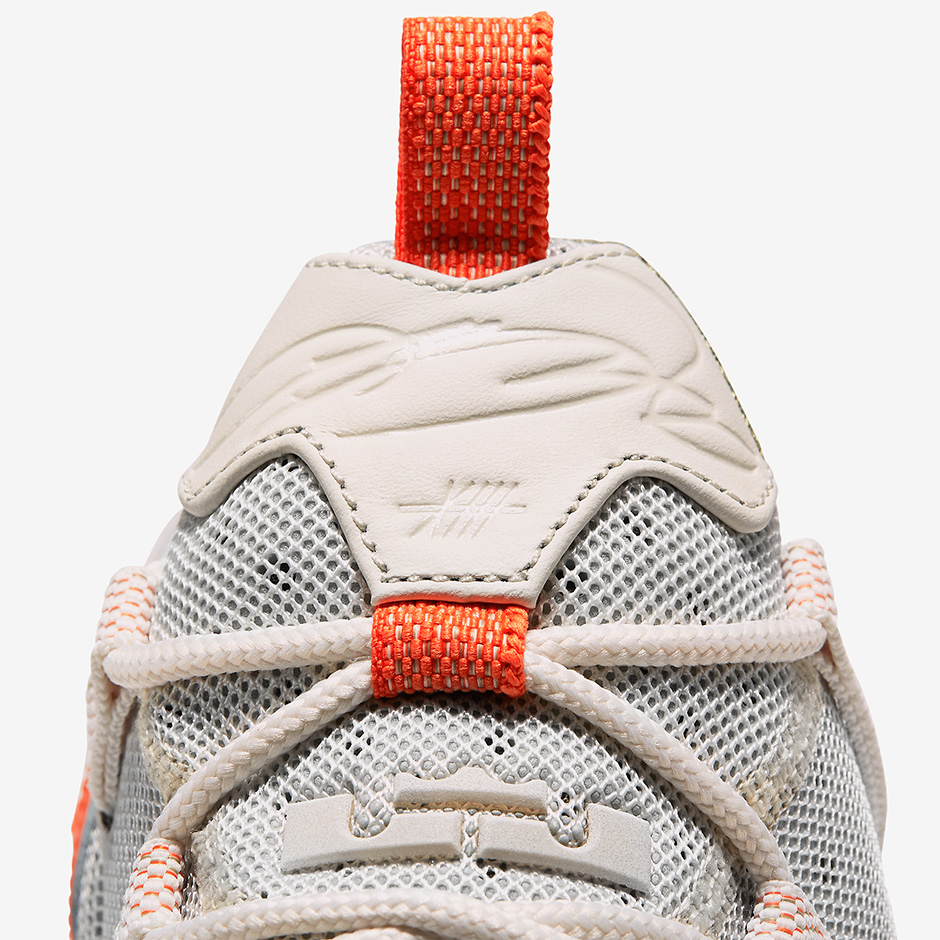