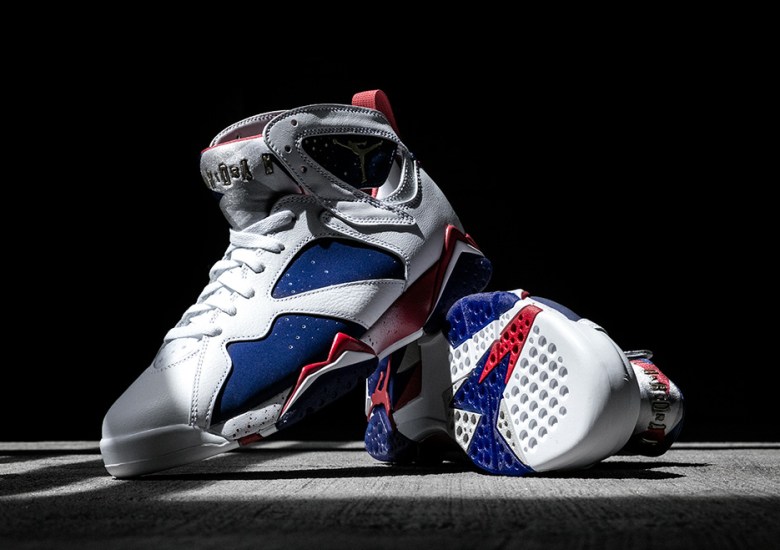 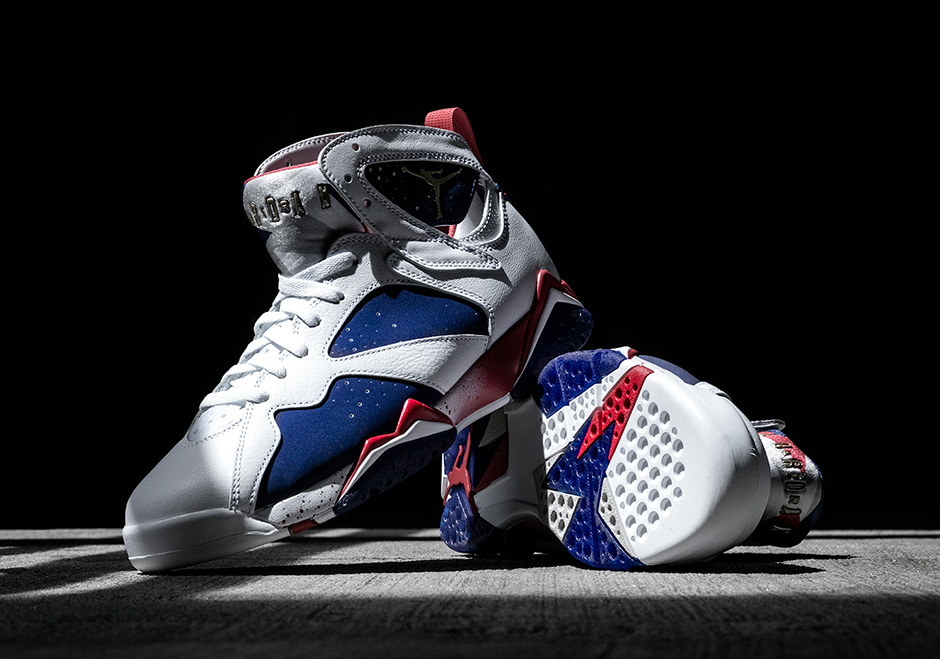 Team USA takes on China tomorrow August 6th at 6:00 PM, so what better way to celebrate than with the timely release of the Jordan 7 Olympic Alternate? This Olympic season, Jordan Brand decided to skip over the pair actually worn by Michael Jordan during the 1992 Barcelona Games for an alternate sample created by Tinker Hatfield that never released, until now.

The Air Jordan 7 “Olympic Alternate” features a Deep Royal Blue shade throughout the upper that more closely resembles this year’s Team USA Nike Basketball uniforms than any other kit that preceded it. A white tumbled leather base adds a premium Remastered feel to the offering while Metallic Gold Coin lands on the Jumpman branding throughout in honor of the team’s pursuit of gold. A unique gradient midsole adds speckling throughout in Fire Red while a bold American flag graphic features Mike’s Olympic number 9 on the heel.

Are you a fan of Saturday’s Jordan 7 Olympic Alternate? Check out more photos below and if you can’t wait until then, know that you can find your pair right now on eBay. 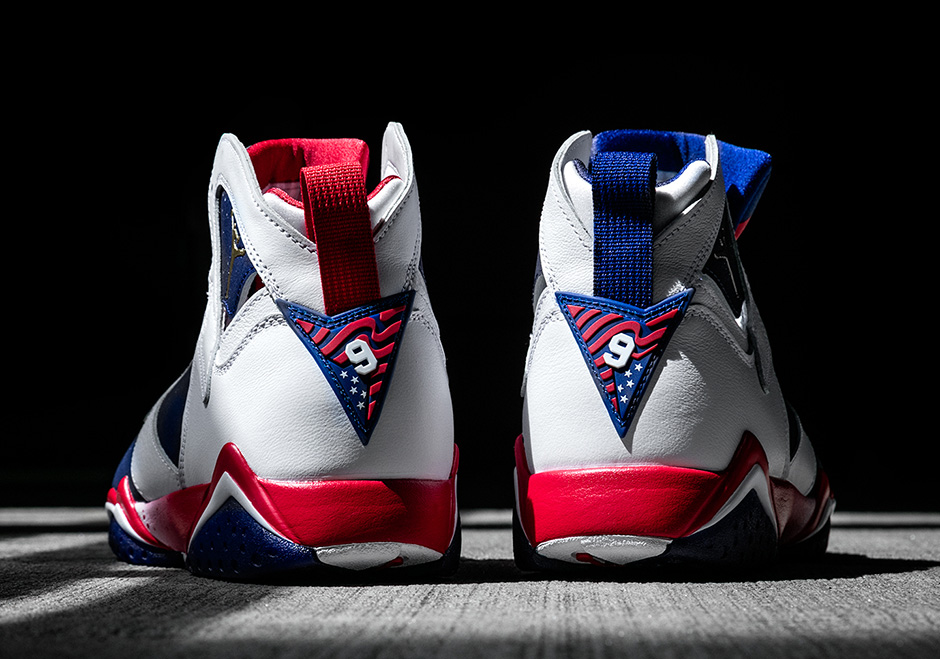 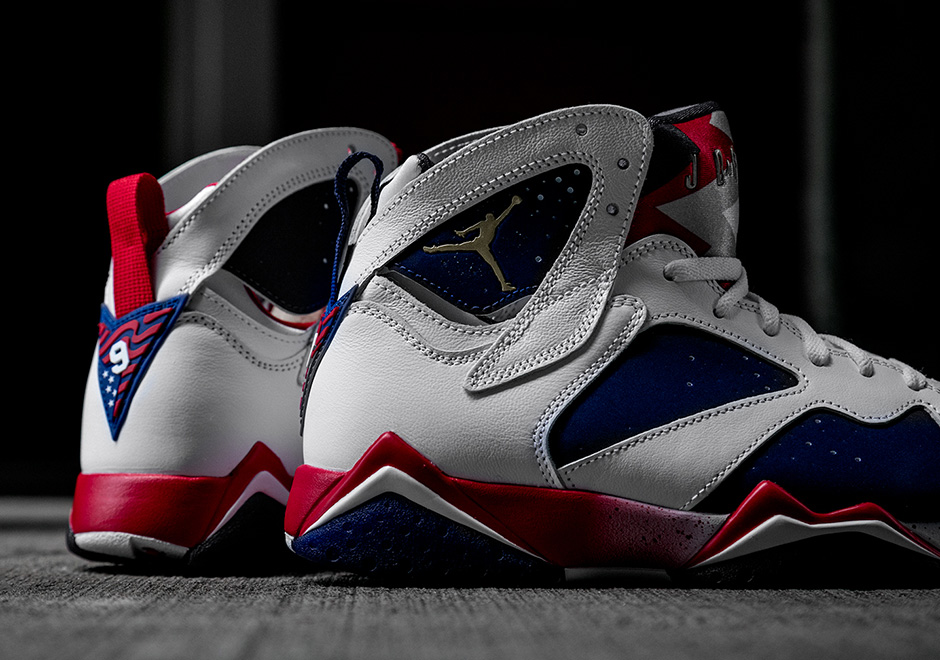 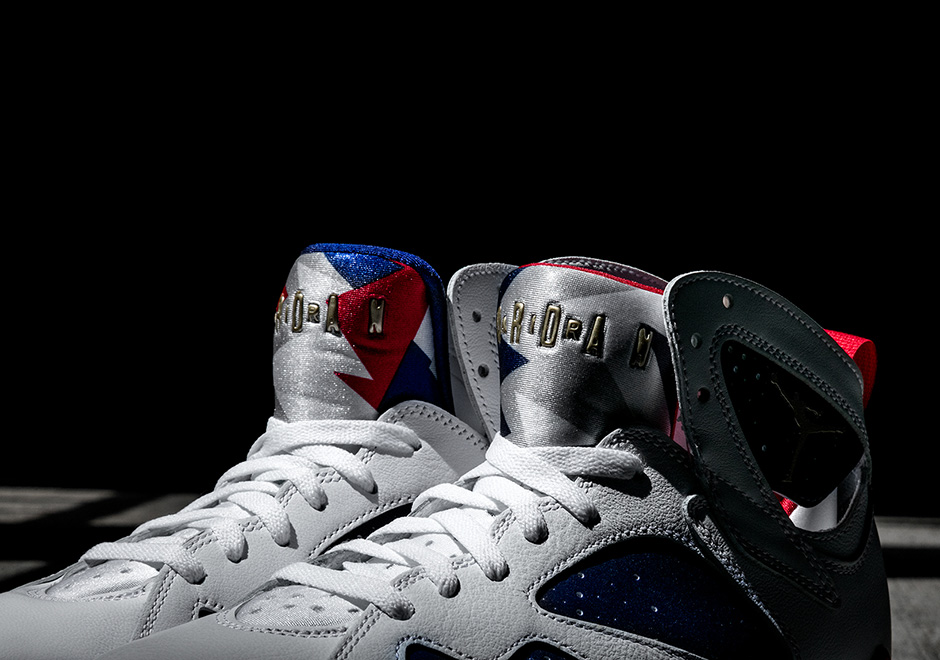