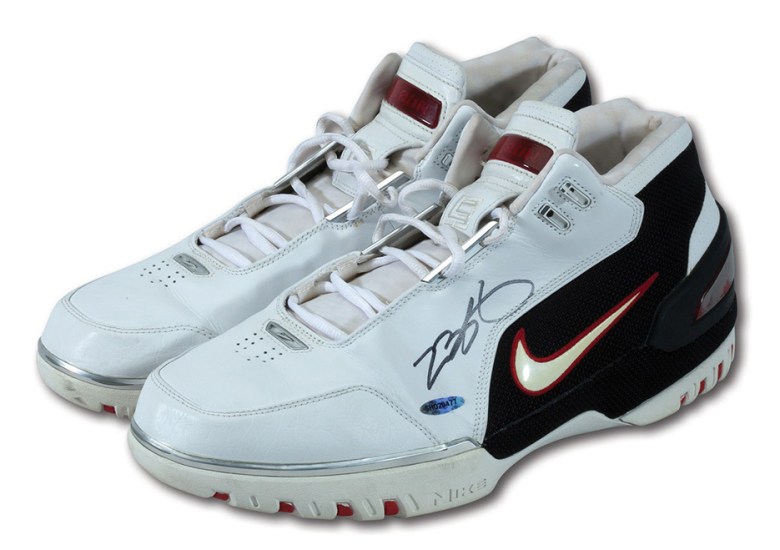 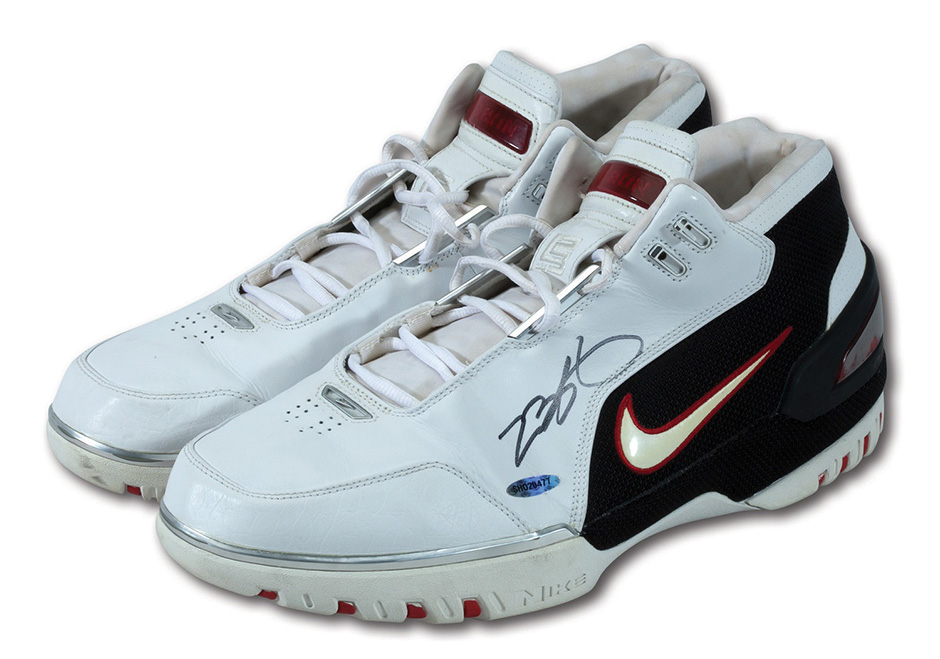 LeBron made good on his promise to give Cleveland the championship the city so desperately sought. It took 7 games, a historic comeback from a 3-1 deficit, and a Kyrie Irving three to seal the deal, but it actually happened. SCP Auctions is taking us back to the earlier years of LeBron’s career with their latest relic, Game-Worn LeBron Shoes from The King’s rookie season. This Nike Air Zoom Generation pair features that iconic white and black colorway from LeBron’s first game against the Sacramento Kings (although it isn’t specified which outing this particular game used offering is from).

The Nike Zoom Generation was famously inspired by LeBron’s H2 Hummer that he drove in high school – not without controversy. It was rumored that his mother, Gloria James, took out a loan based on Lebron’s future earning potential to gift him the vehicle. Here the interior tag showcases a 15.5 size with a “SP04” label to verify that these are official player-issed Game-Worn LeBron Shoes. There’s even markings from sweat from in-game use and wear on the heel. Bid on these Zoom Generations today from SCP Auctions, just be prepared to shell out some serious cash for the pair. Starting bid is $5000 USD. 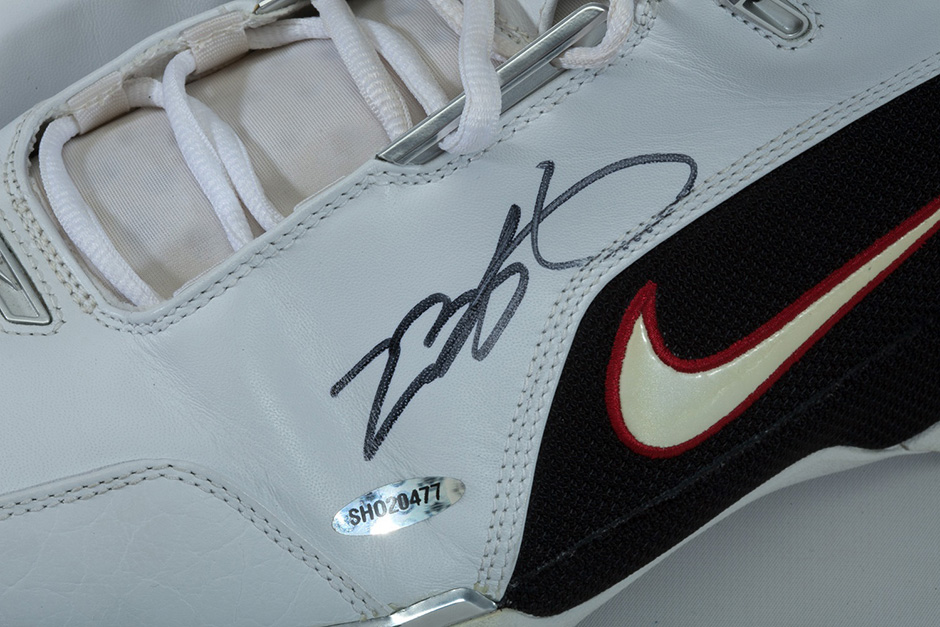