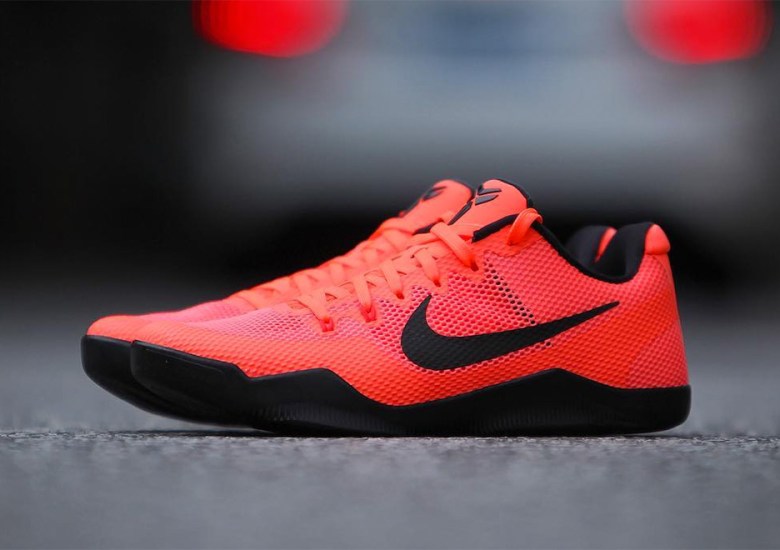 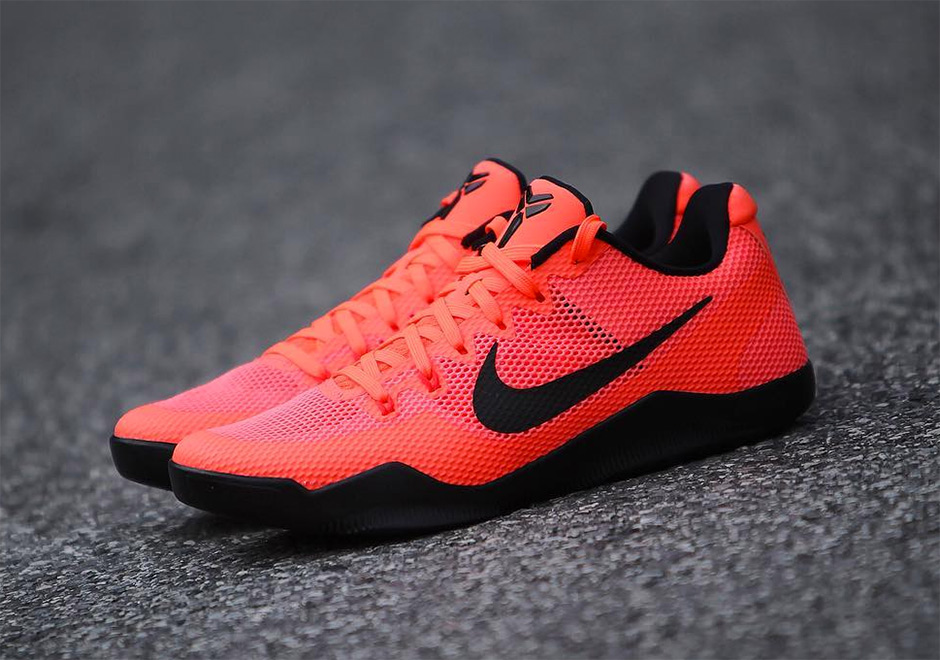 Nike Basketball continues to reference some of Kobe’s greatest hits with this Nike Kobe 11 Barcelona slated to arrive at retailers in the near future. This “Bright Mango” rendition first appeared on the Nike Zoom Kobe 6 “Barcelona” and was inspired by Barca’s alternate uniforms at the time. Kobe is a known and devoted fan of the football club and we’ve seen plenty of Barcelona references throughout the Kobe signature series, but they’re usually given the royal and red treatment to match the iconic stripes on the team’s uniforms.

This Kobe 11 Barcelona skips out on the premium Flyknit construction this go around to instead utilize the Kobe 11 EM and its breathable, ventilated mesh and fuse combination to dramatic effect. The Bright Mango base creates a vibrant high contrast colorway with black accents on the Swoosh branding and bottom. There’s no word yet on when this Kobe 11 will arrive at retailers, but stay tuned for a release date in the near future right here on Sneaker News. 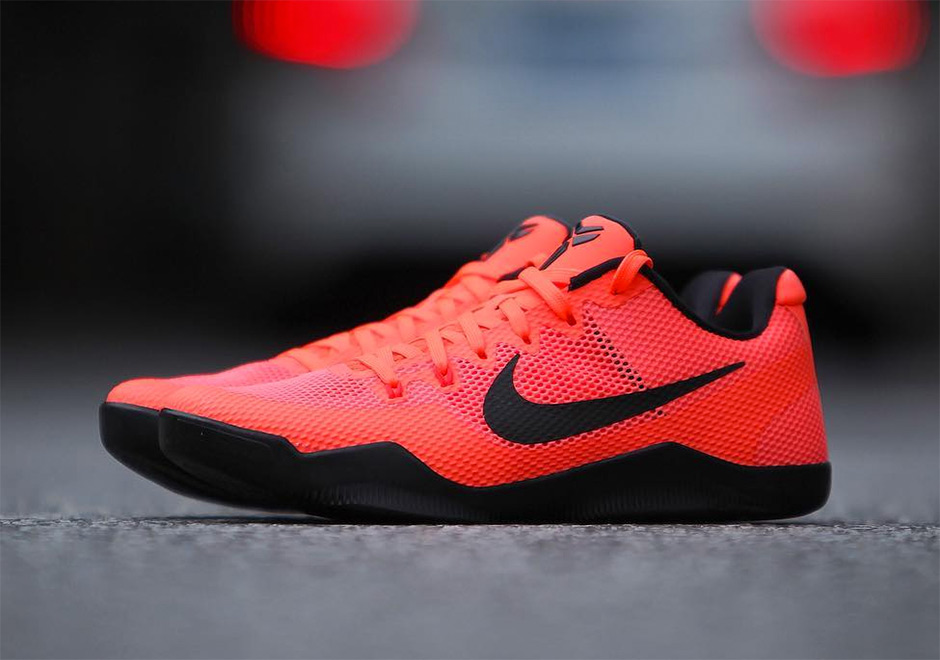 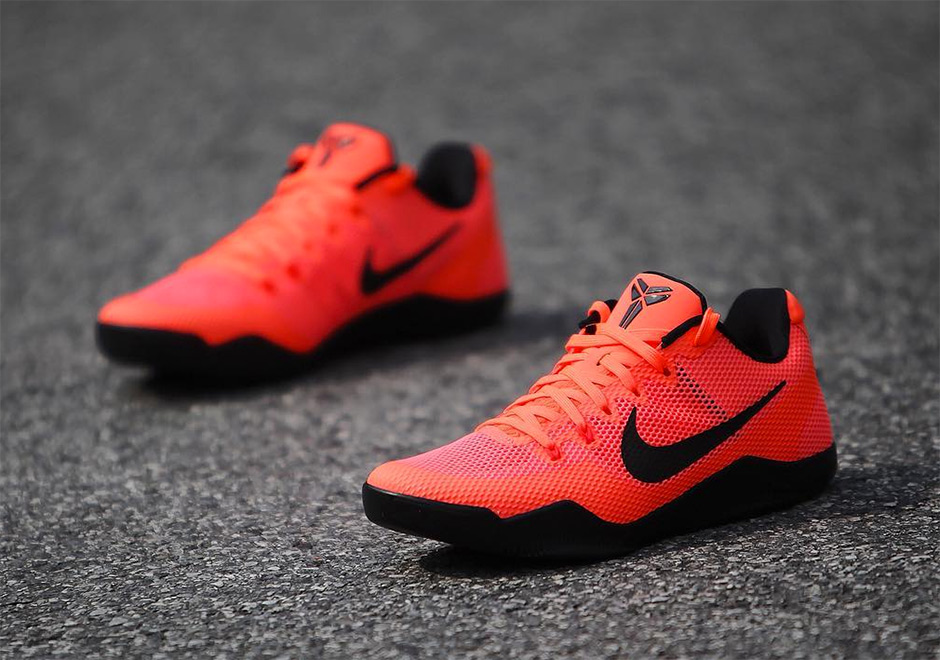 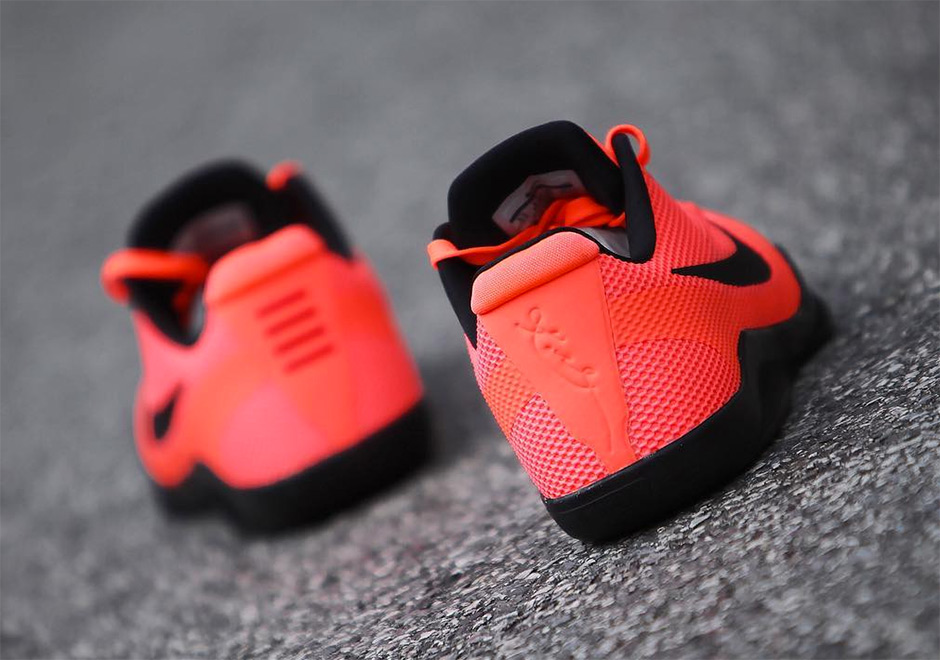 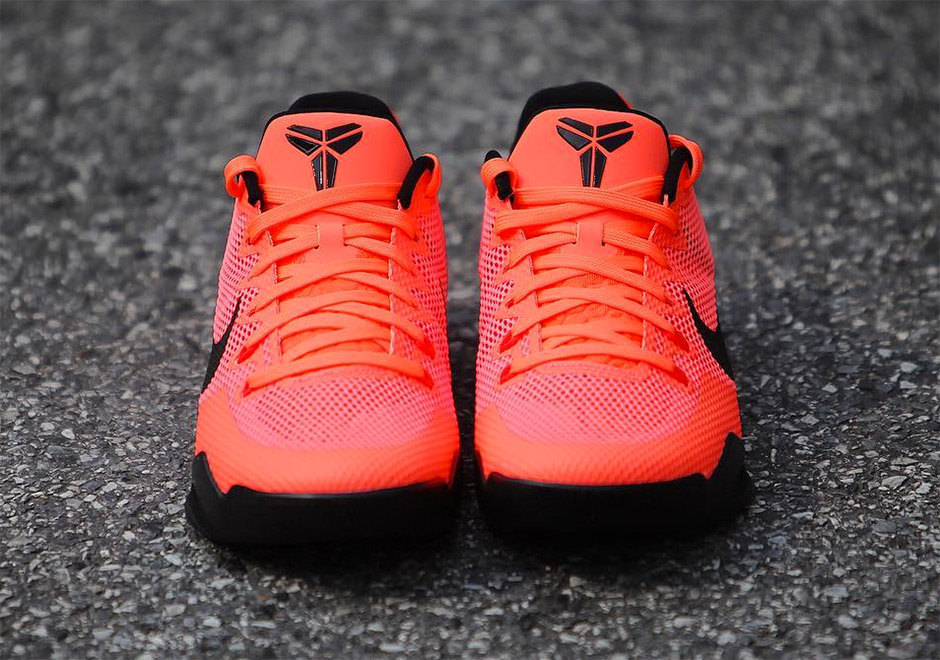 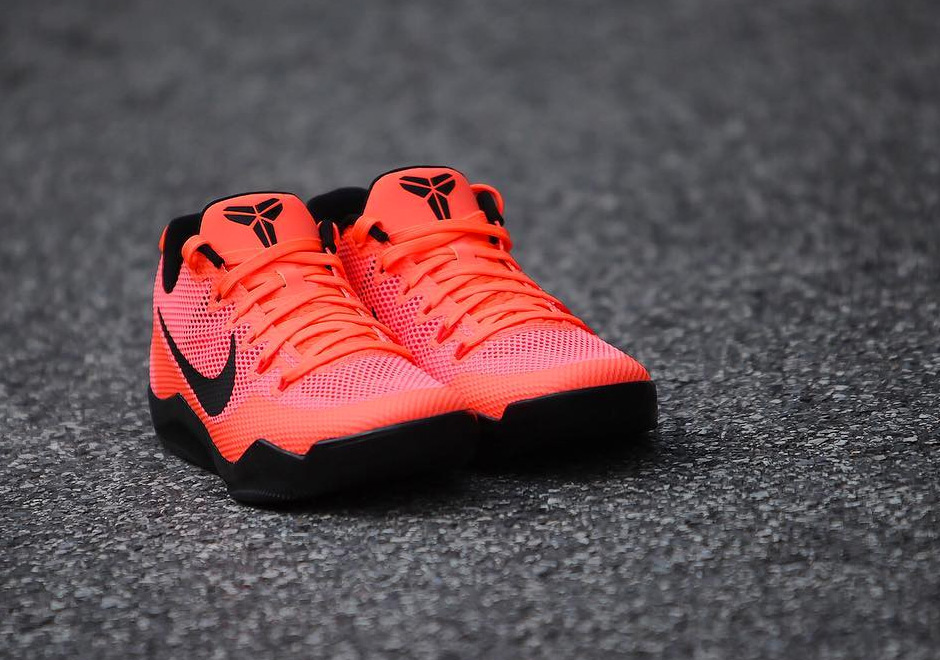