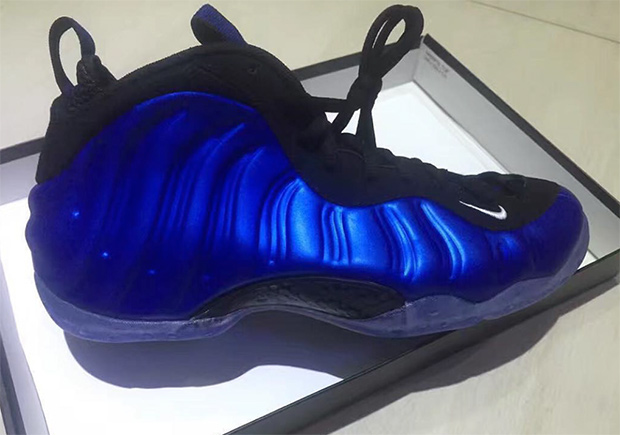 The Nike Air Foamposite One “Royal” Releases In January 2017

2017 will be the year of the Foamposite, as Nike Sportswear and Nike Basketball will honor the 20th anniversary of Eric Avar’s iconic design with a number of original Nike Air Foamposite One and Nike Air Foamposite Pro colorways returning to store shelves. Today we get news that the Nike Air Foamposite One Royal will be making its return this coming January 2017 with a remastered attention to detail featuring that hypnotizing Dark Neon Royal upper paired with black accents and that perfect icy outsole combination.

The Nike Air Foamposite One “Royal” first burst onto the scene in 1997 attached to the rising star of Penny Hardaway. The Royal colorway matched the Orlando Magic uniforms and wasn’t necessarily a smash hit at the time – many simply weren’t ready for the futuristic aesthetic and original price point. In fact, it took Nike an entire decade to retro the original Foamposite colorways back in 2007. Are you excited about the return of the Foamposite One Royal? Be sure to check out more photos of 2017’s 20th anniversary celebration of the Nike Air Foamposite One Royal and we’ll keep you updated on an exact release date in the near future right here on Sneaker News.