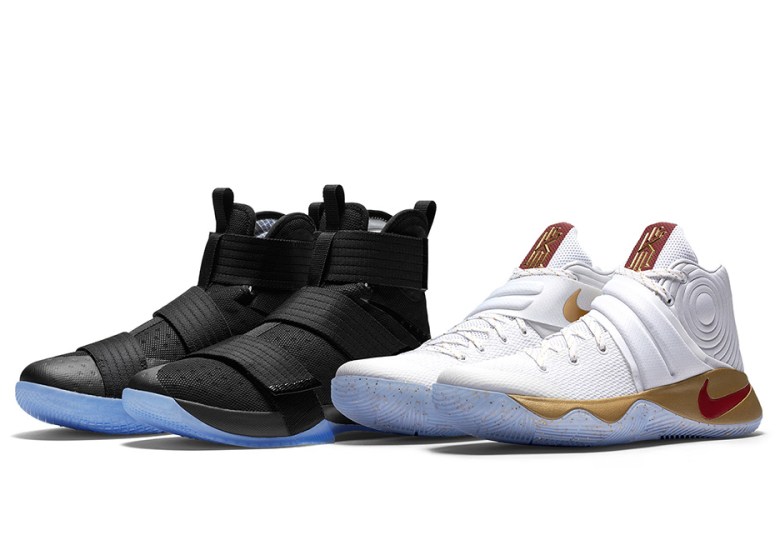 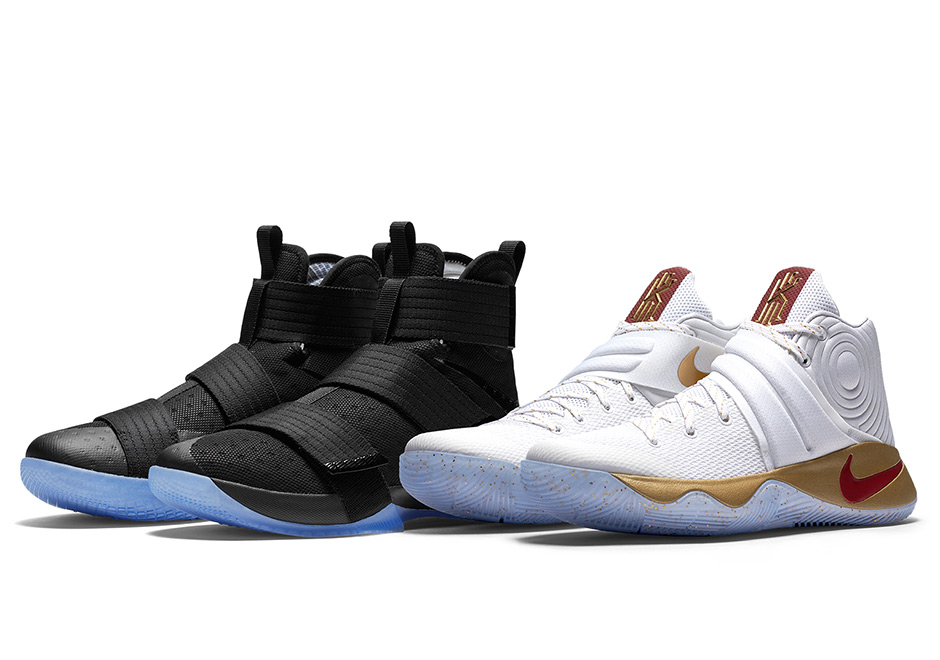 Last night Nike SNKRS officially unveiled the “Four Wins” Championship Game 3 Pack, revealing the LeBron Soldier 10 and Kyrie 2 in special edition colorways. However, the first black/yellow/red pair that was shown was actually worn in Game 5, not Game 3. Nike has since amended the error, revealing the true white/gold/wine red colorway that Kyrie wore in that pivotal Game 3. Full store list for this release is listed just below. 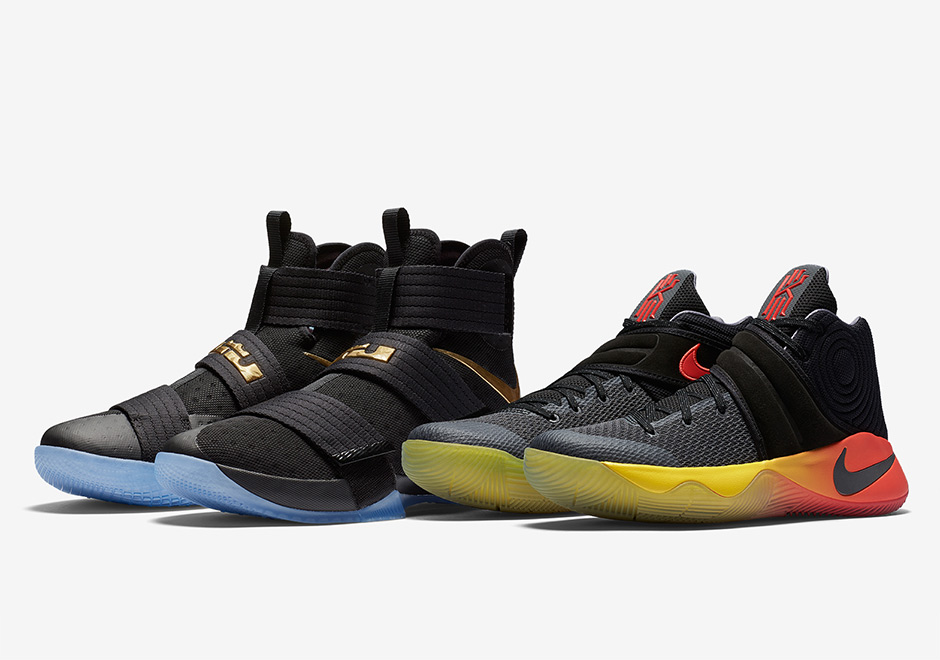