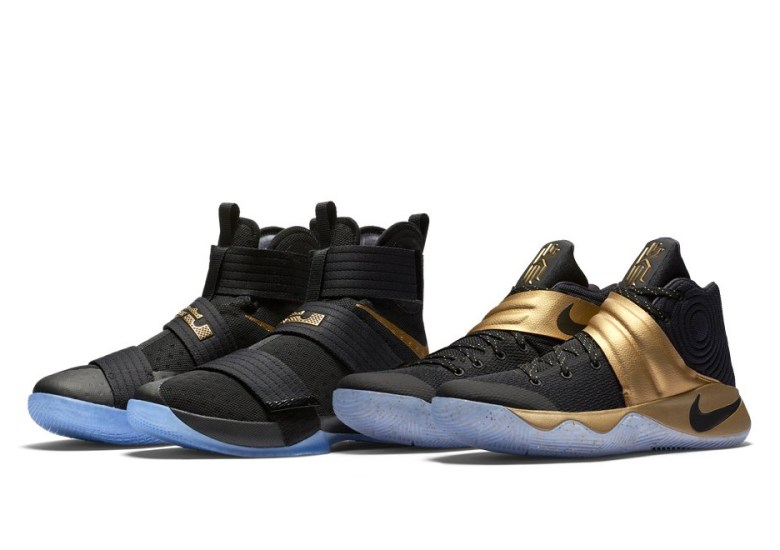 Nike Releases The “Game 7” Pack From The Four Wins Collection 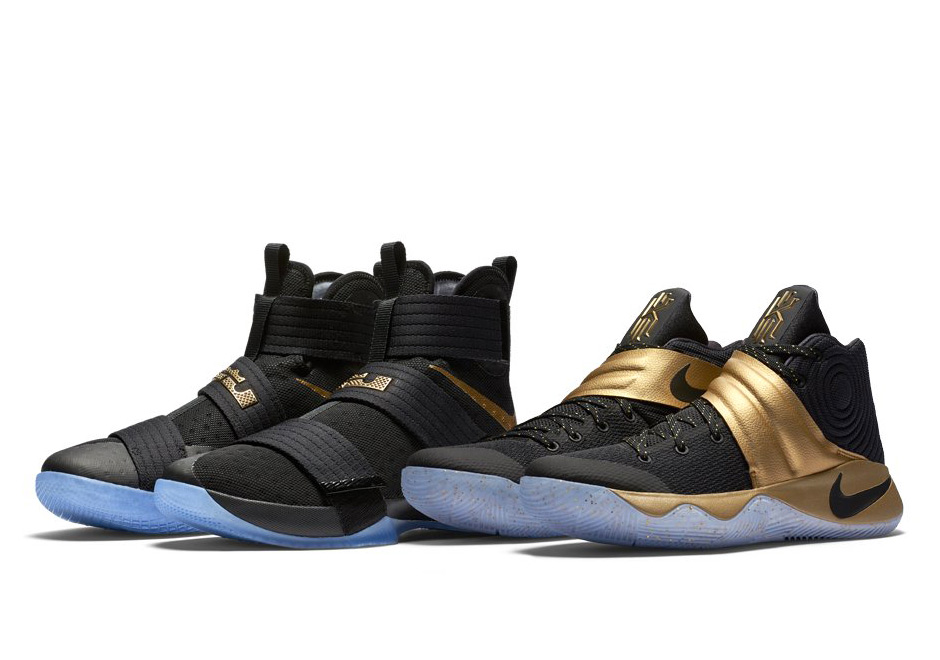 The block. The three. LeBron James pulled off one of the best defensive plays in Finals history with the chasedown block on Andre Iguodala, while Kyrie Irving sealed the victory with a mega-clutch three-pointer over Steph Curry to win the 2016 NBA Finals in unthinkable fashion. Today, Nike releases the fourth and final installment of the Four Wins Collection, which tells the story of triumph by the Cavs duo bringing the city of Cleveland its first professional sports Championship in 52 years.

LeBron’s Game 7 Soldiers features a black upper with bold olden accents on the crown logo and the Swoosh on the medial side, all wrapped up with a translucent outsole. Kyrie Irving wore a similar pair, with ample hits of gold on the strap and midsole and a full-length icy sole. Cop the Nike “Game 7” Pack from the Four Wins Collection at select Nike and House of Hoops locations today; official store list is just below.