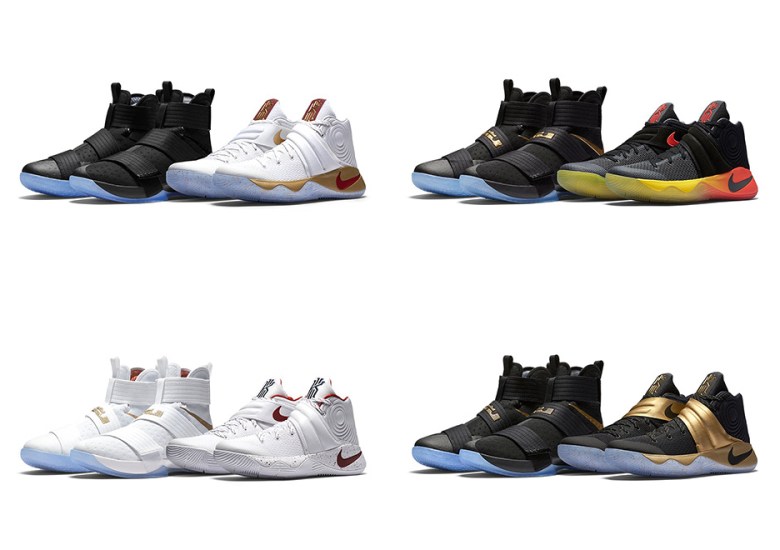 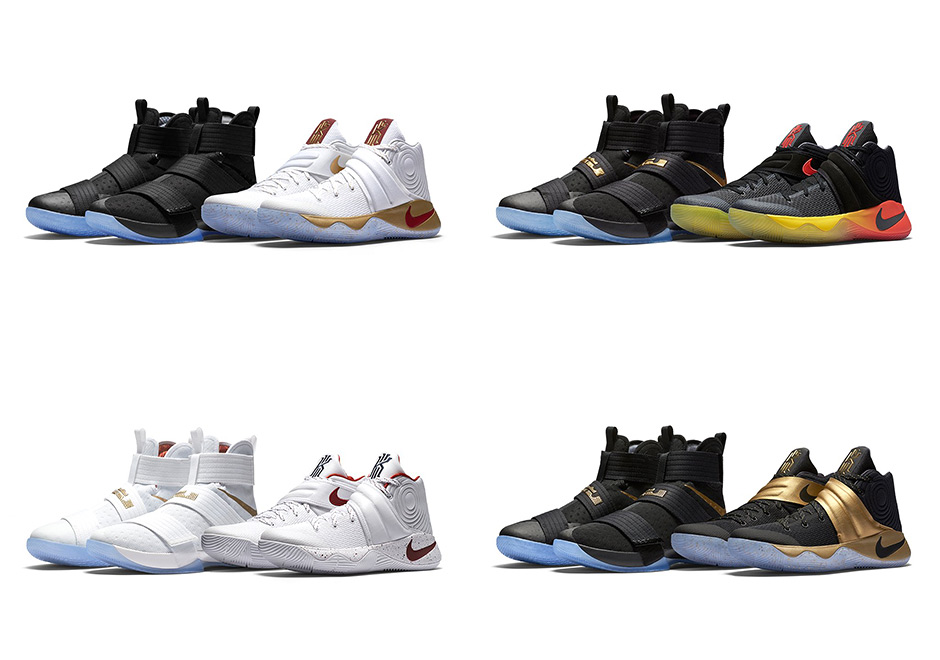 LeBron James and Kyrie Irving contributed to the most historic comeback in NBA Finals history this past June, coming back from the usual death sentence of being down 3 games to 1 for Cleveland’s first championship in 52 years. The dynamic duo went off for 41 points each in Game 5, followed by another 41 point performance by LeBron in Game 6. Then came the block by LeBron and the shot by Kyrie to seal the deal. Nike Basketball is celebrating their accomplishment with the Four Wins Pack, four combinations of the Nike Kyrie 2 and the Nike LeBron Soldier 10 in matching PE colorways throughout the Cavaliers’ four wins this past June.

While we’ve already seen stateside availability for the Nike Basketball Four Wins Pack, today we get news that the celebratory championship collection will arrive at European retailers starting this Friday, October 28th with the “Homecoming” Game 3 Pack and running through November 11th with Game 7’s “Fifty-Two Years” Pack. Check out more detailed shots of the upcoming European release slate for the Nike Basketball Four Wins Pack and let us know which combination is your favorite by taking your thoughts to the comments section below. 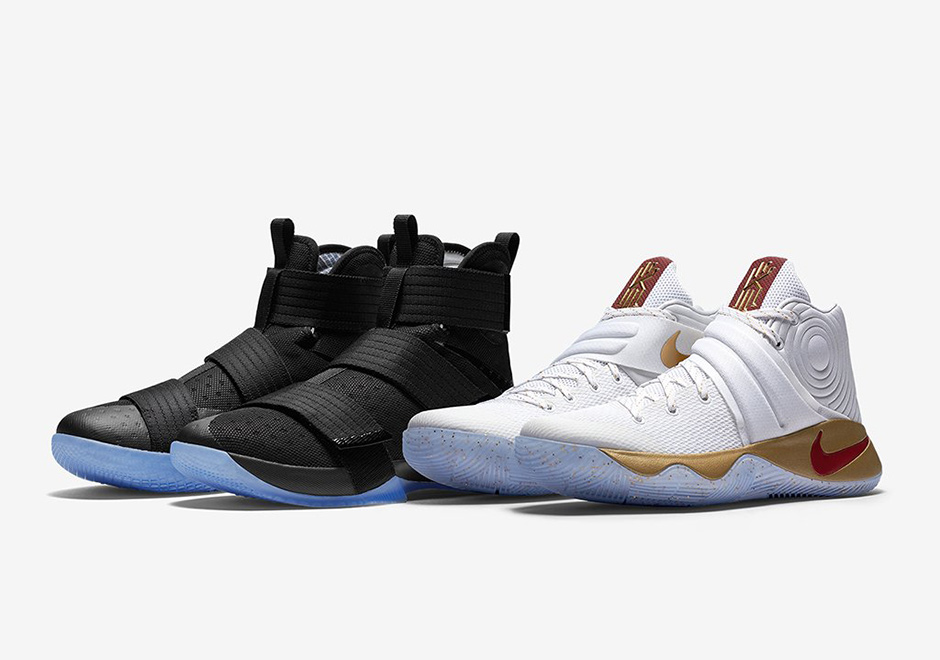 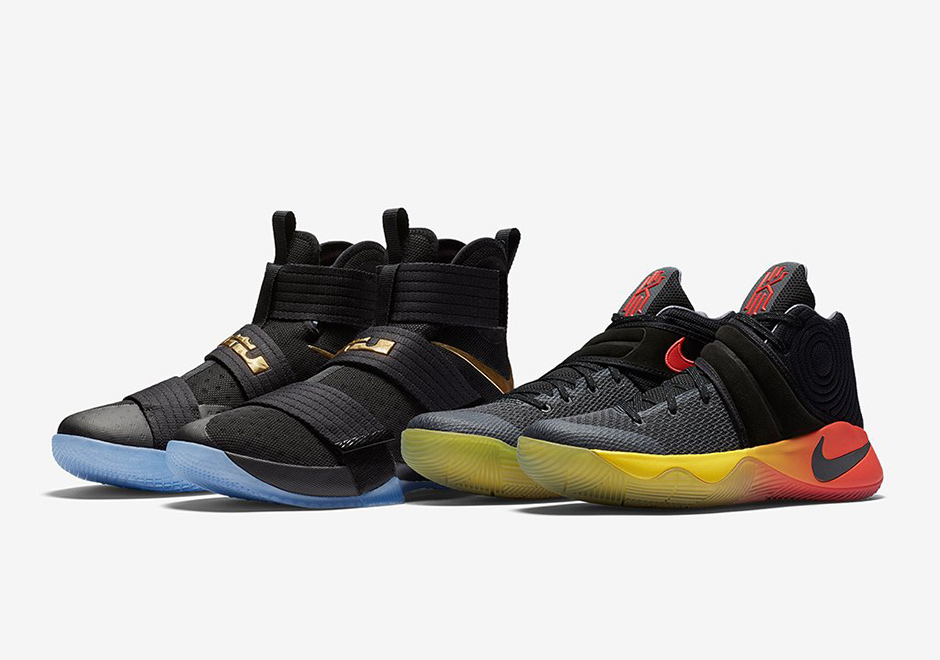 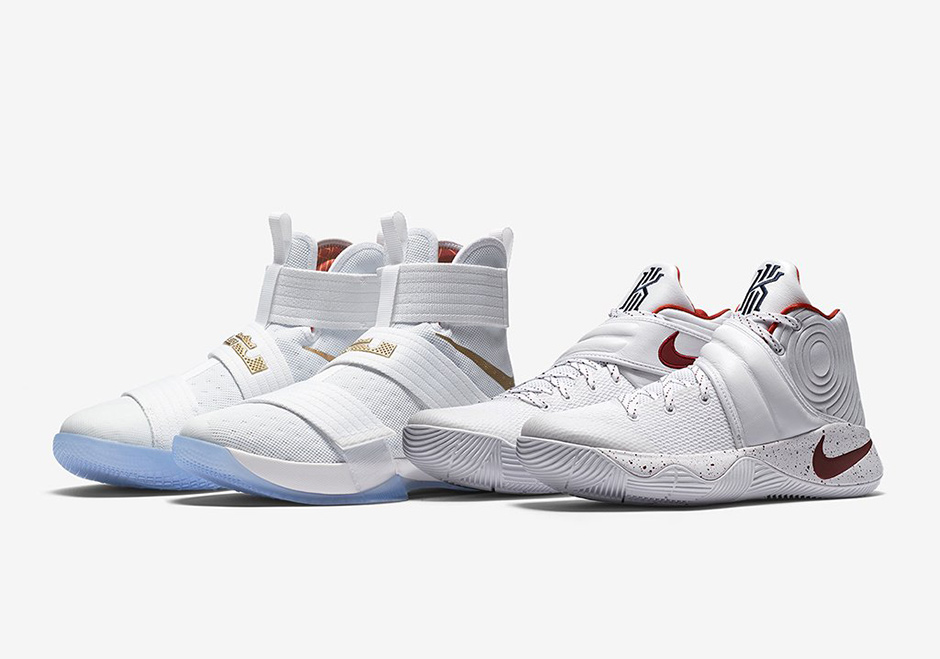 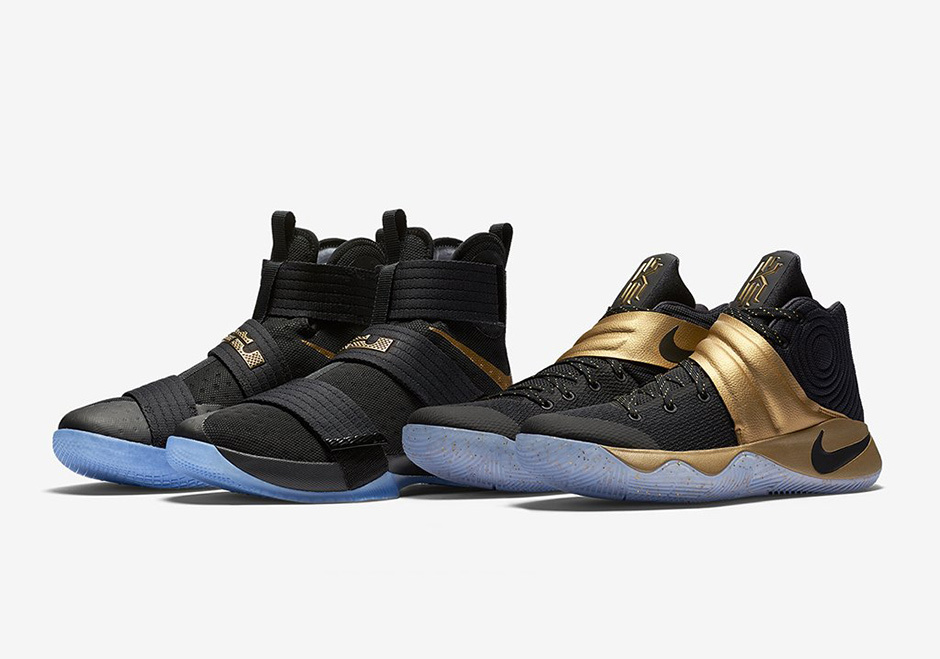