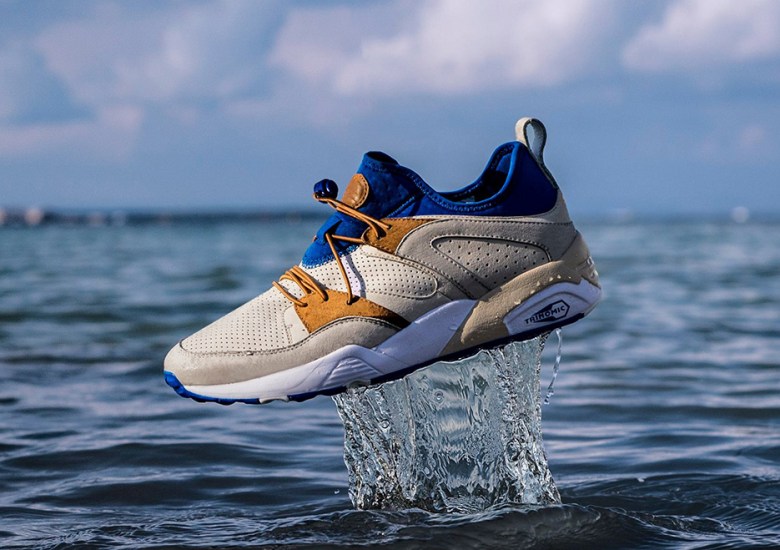 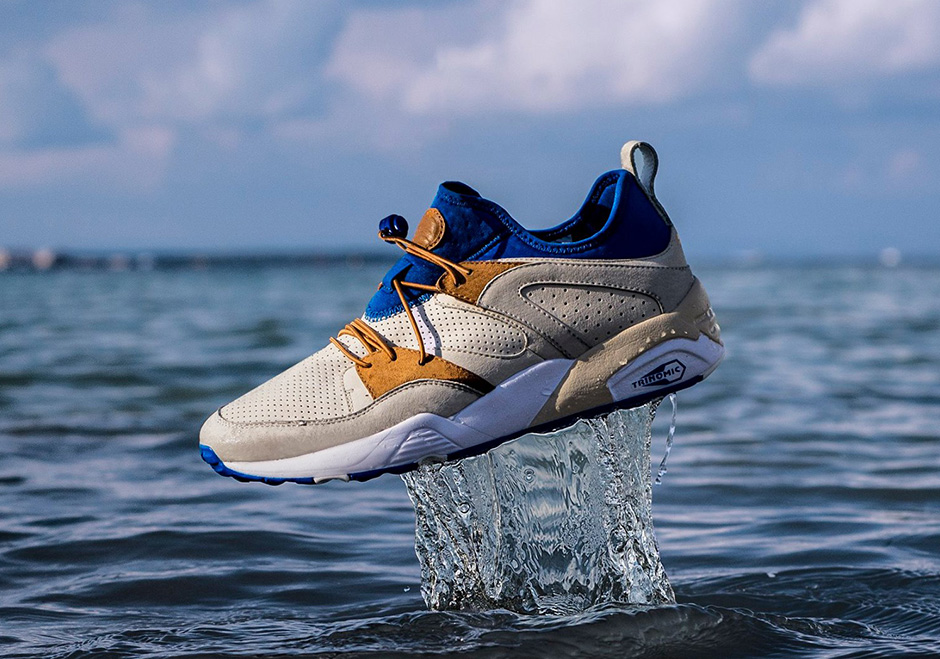 Sneakers76 has been holding down Italian sneakerheads for an entire decade, and Puma wanted to show the international boutique some love through an exclusive collaboration featuring one of the brand’s most iconic running models from the 1990s featuring that patented Trinomic midsole unit in the Puma Blaze of Glory. The Sneakers76 Puma Blaze of Glory “The Legend of the Dolphin” will release this Saturday, December 17th at international retailers as the collaborative pair takes inspiration from swimming with dolphins in the Ligurian Sea. This specific silhouette was chosen because of the toecap’s uncanny resemblance to a dolphin’s beak.

The Legend of the Dolphin is an ancient Greek myth about the city of Taranto in which the son of Poseidon, Taras, wrecks his ship off the coast and is rescued by a dolphin. Now the Sea of Taranto is populated by plenty of dolphins as a thank you from Poseidon. The Puma Blaze of Glory utilizes premium suede uppers with brown laces representing the reins Taras used while riding the dolphin to safety. Each pair is numbered from 1-500 in metallic gold stitching on the heel tab. The Sneakers76 x Puma Blaze of Glory collaboration will release online at international shops like Hanon this Saturday, December 17th. Check out more detailed shots of the coming collab below and head over to our Release Dates page for a full rundown of this weekend’s latest and greatest.

Sneakers76 x Puma Blaze of Glory “The Legend of the Dolphin” 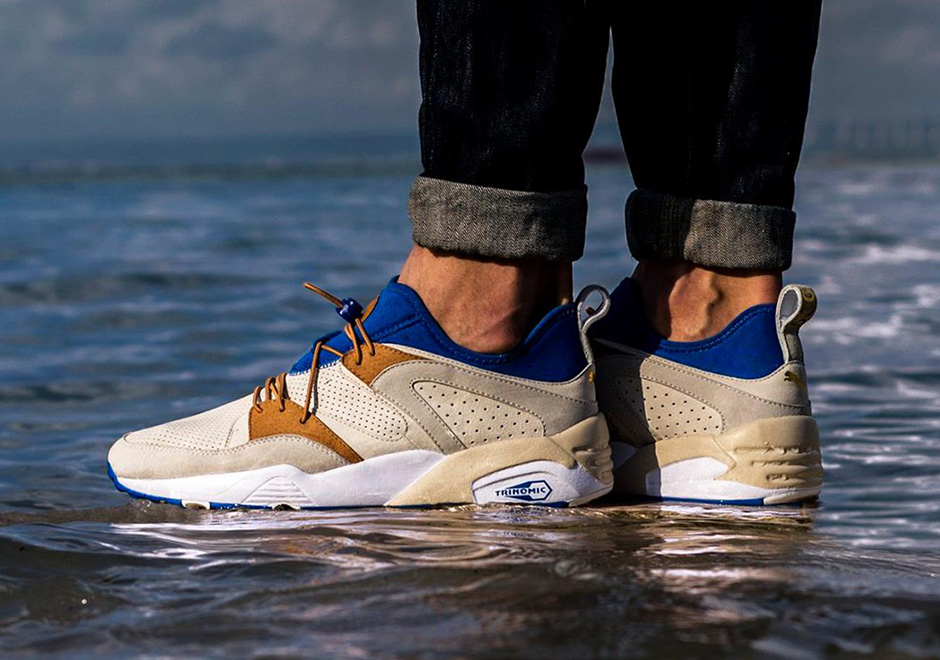 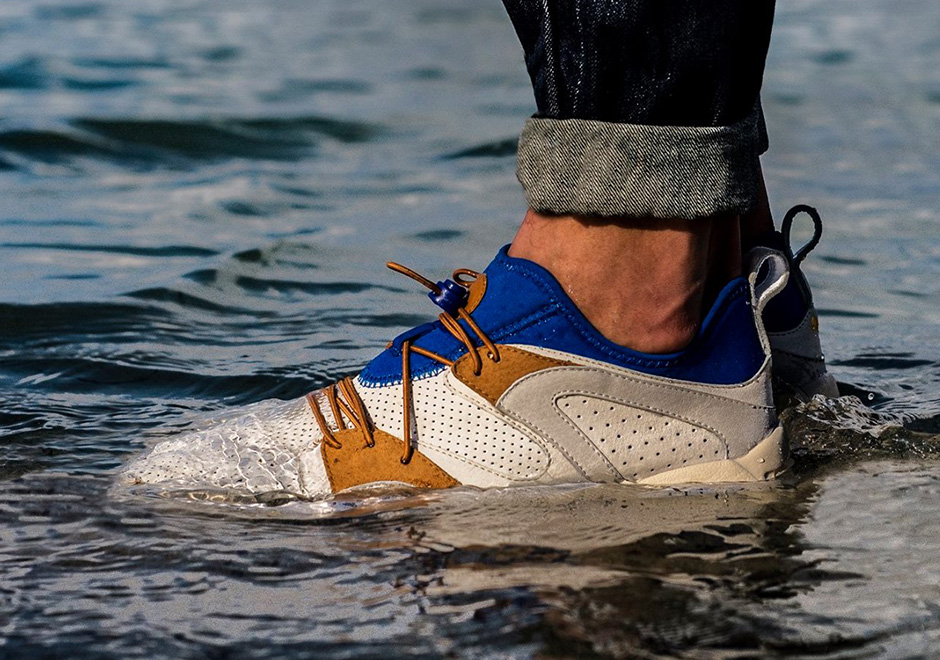 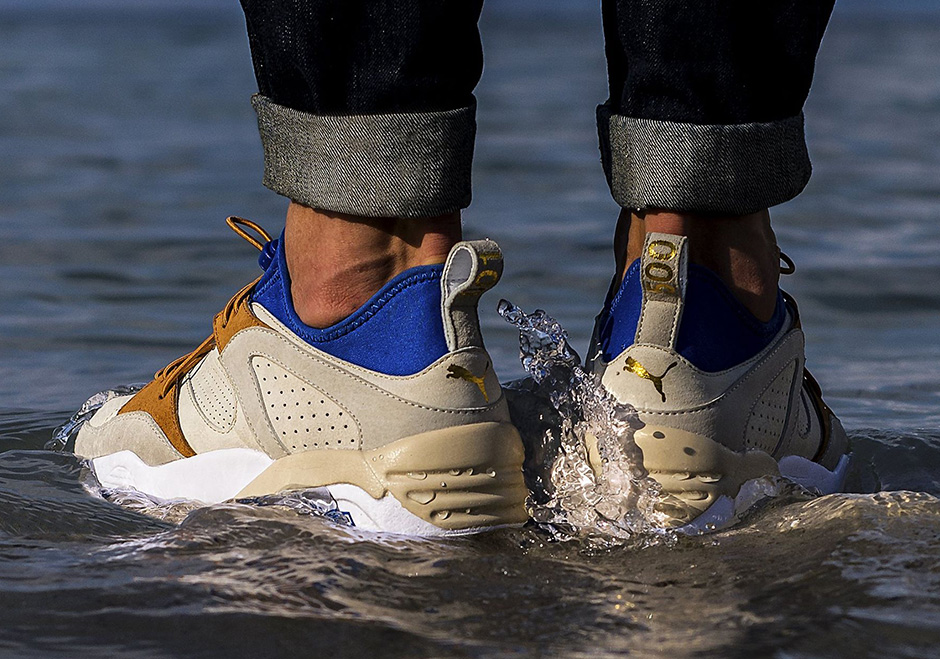