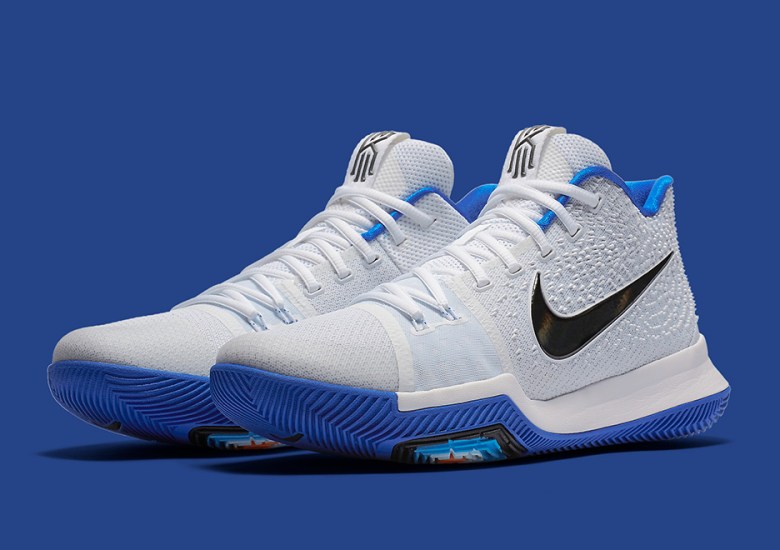 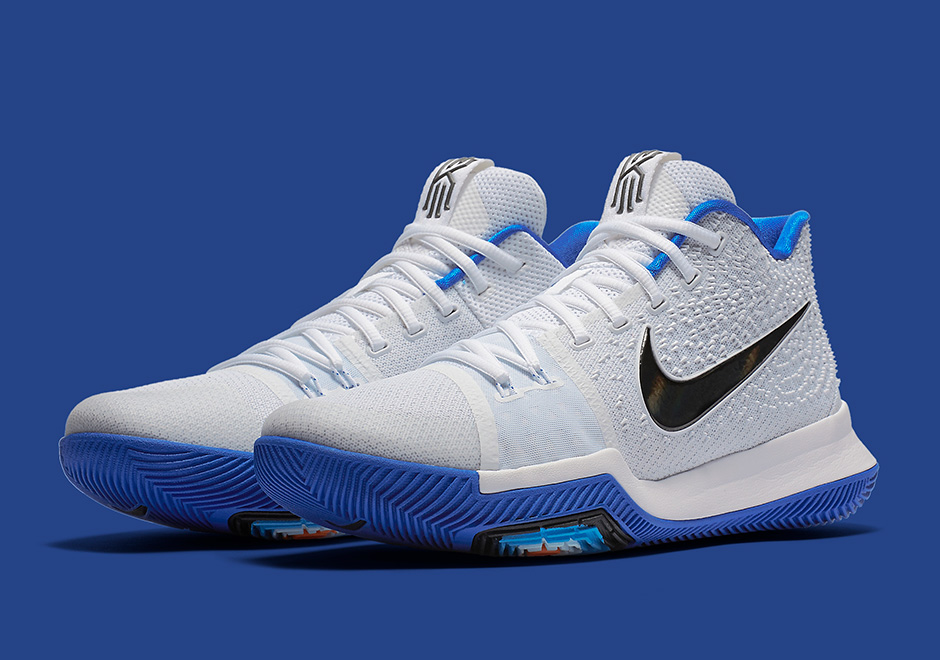 Grayson Allen will be tripping over this new Kyrie 3. It’s easy to forget (due to Kyrie’s professional success and overall likability) but he was once a Duke Blue Devil. Granted, that status was only for 11 whole games before he suffered an injury and declared for the NBA Draft, but he was indeed one of Coach K’s guys. He may be left out of the pantheon of villainous Duke guards ranging from Bobby Hurley, JJ Redick, and the aforementioned Allen, but Kyrie still loves to throw his alma mater a bone in the form of Blue Devil-themed signature colorways every now and then. The latest is this Home-themed Nike Kyrie 3 Duke slated to arrive February 1st for $120.

The Nike Kyrie 3 Duke features a white base on the unique texture mapped upper while accents of Hyper Cobalt land on the lining and unique outsole unit. An iridescent sheen adds a flash of brilliance on the black Swoosh branding for a simple, yet effective homage to Duke fandom. The independent traction pods have been a standout feature of each release, as Nike Basketball has colored up the technologic advancement with contrasting elements per each colorway. Here a gradient of different blue shades gives way to the lone hint of red on the Kyrie 3 Duke. Will you be grabbibg a pair? 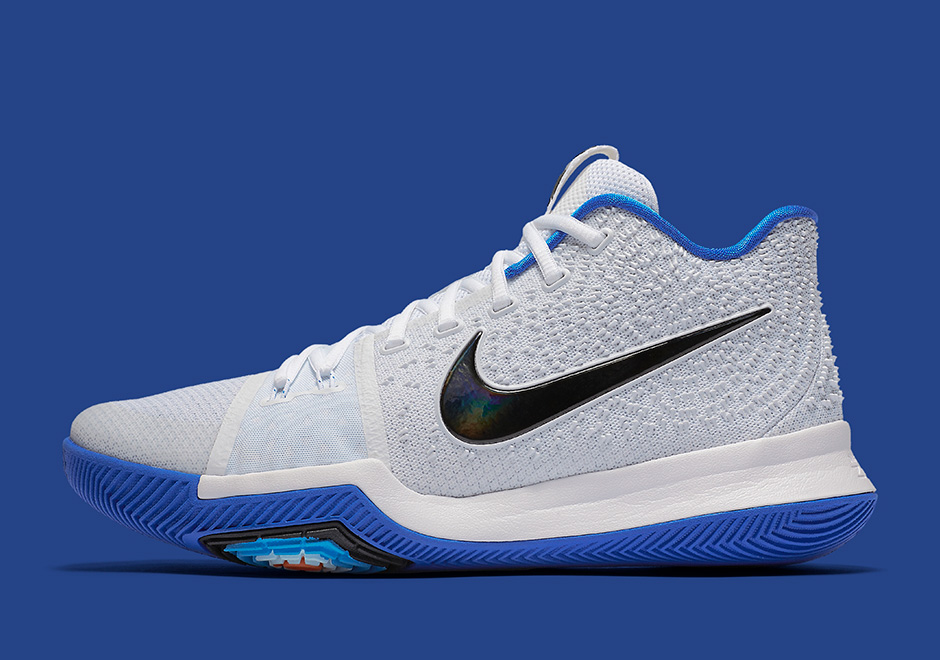 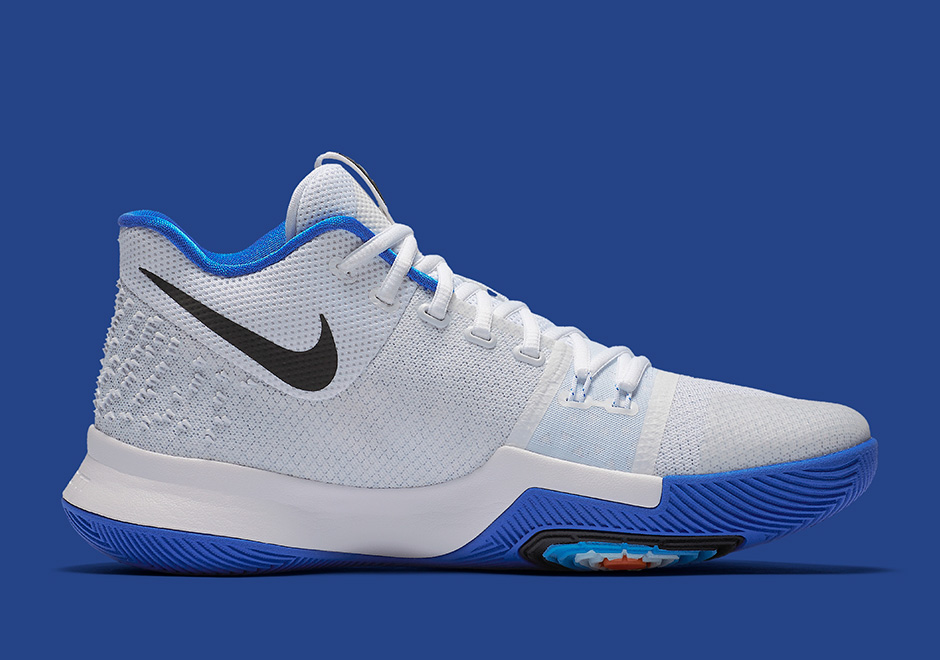 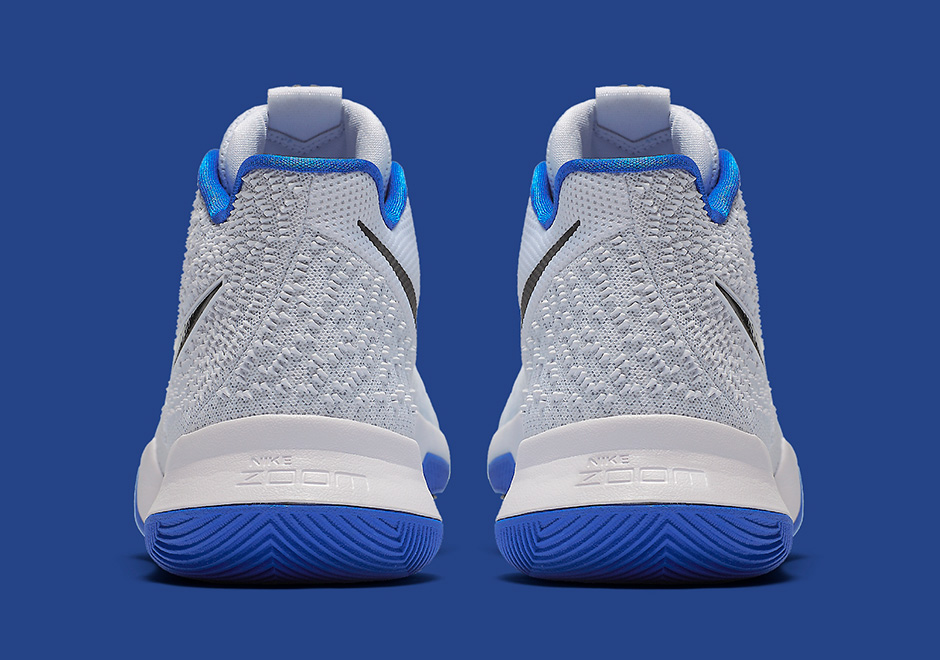 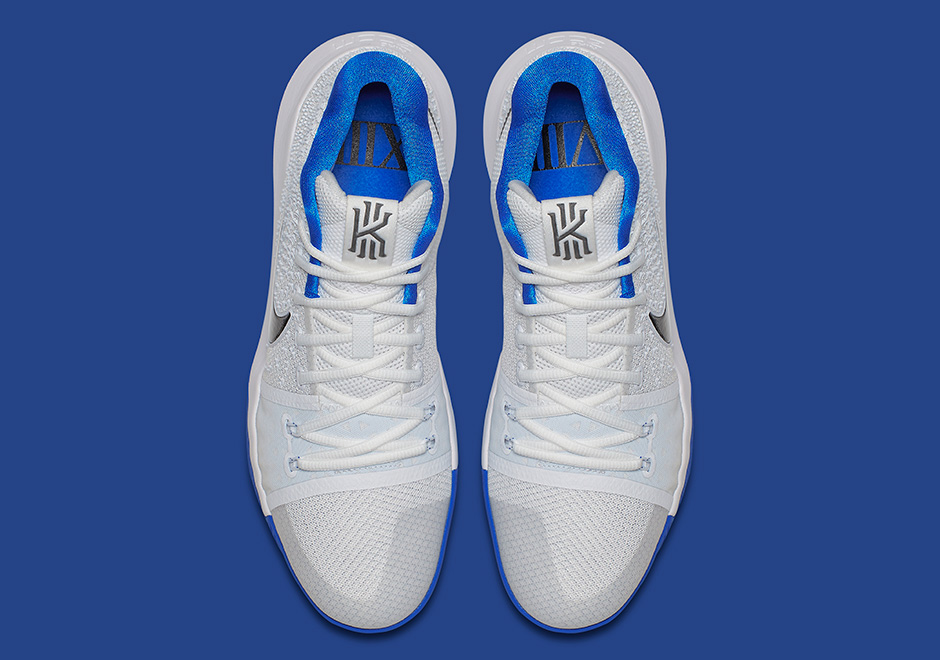 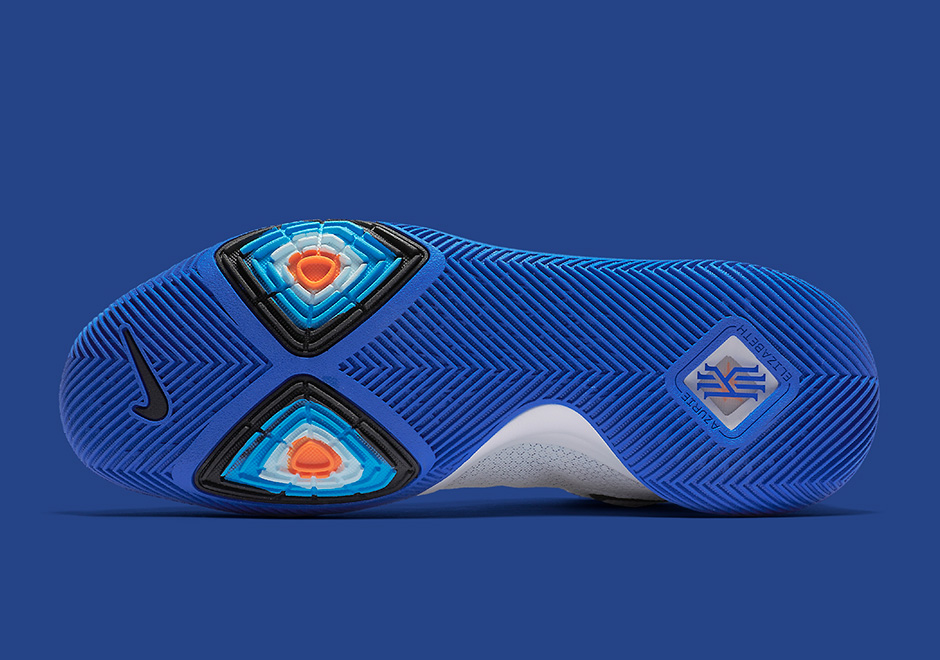 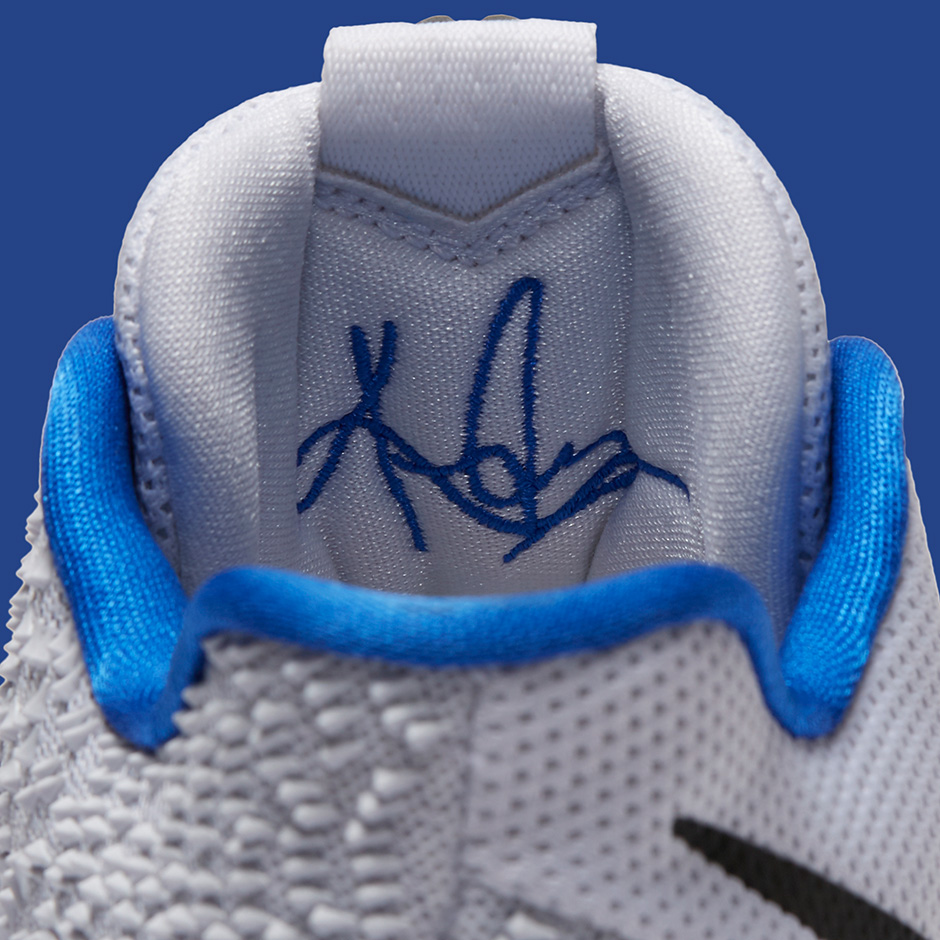