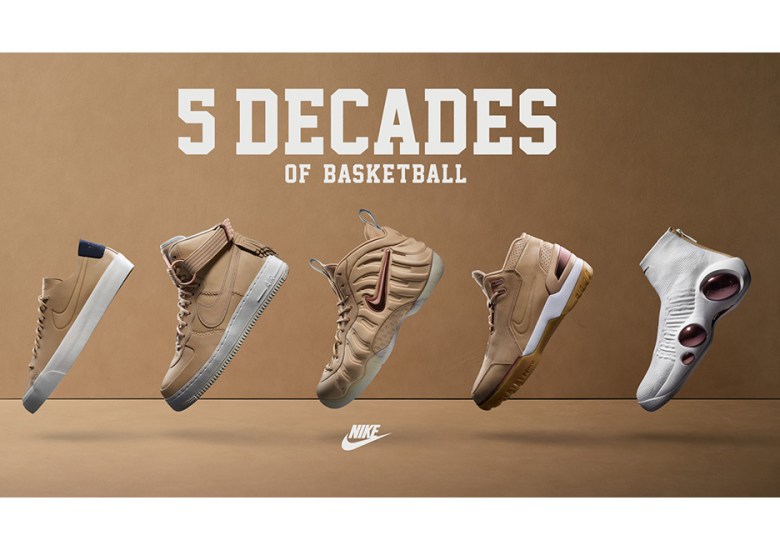 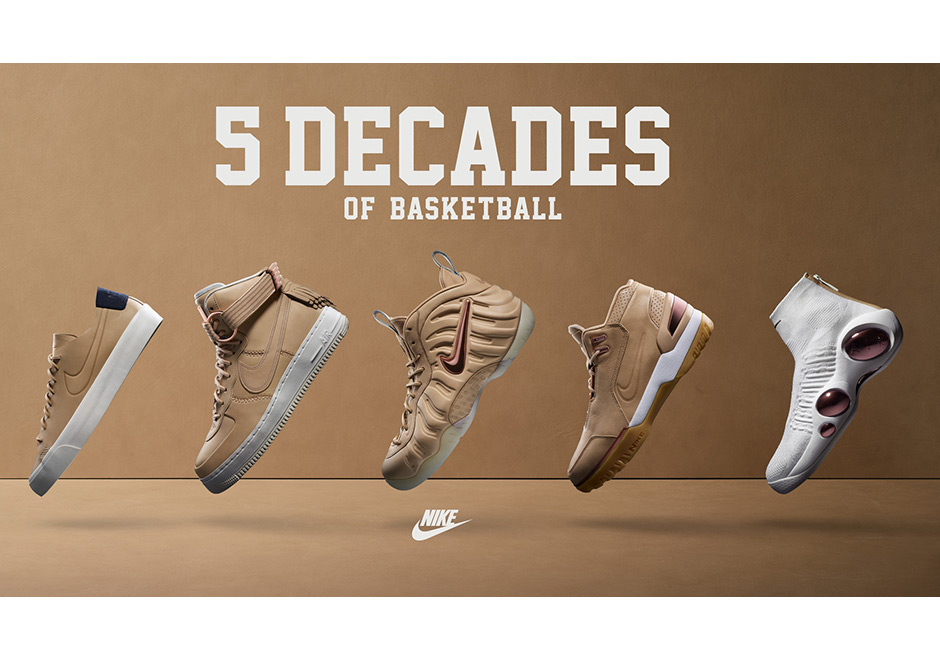 Nike has and always will be at the forefront of Basketball performance footwear, perfectly bridging on-court readiness with off-the-court style. With the 5 Decades Of Basketball Pack, Nike expresses that duality with five silhouettes at the peak of NYFW and All-Star excitement, with each silhouette representing each decade of Nike’s storied existence.

The Nike Blazer Studio (1970s), Air Force 1 High Lux (1980s), Air Foamposite Pro (1990S), Air Zoom Generation (2000s), and all-new Zoom Bonafide (2010s) take on the signature Vachetta Tan elements while adding touches of rose gold detailing around the upper, with the most notable usage on the newest model; the Zoom Bonafide makes use of the Zoom Flight 95 sole, but adds on a Flyknit upper that is both ready for hoops and the street.

The Nike Five Decades Of Basketball is set to release on Friday, February 10th, exclusively at KITH Manhattan, followed by a global release via Nike on February 18th, 2017. 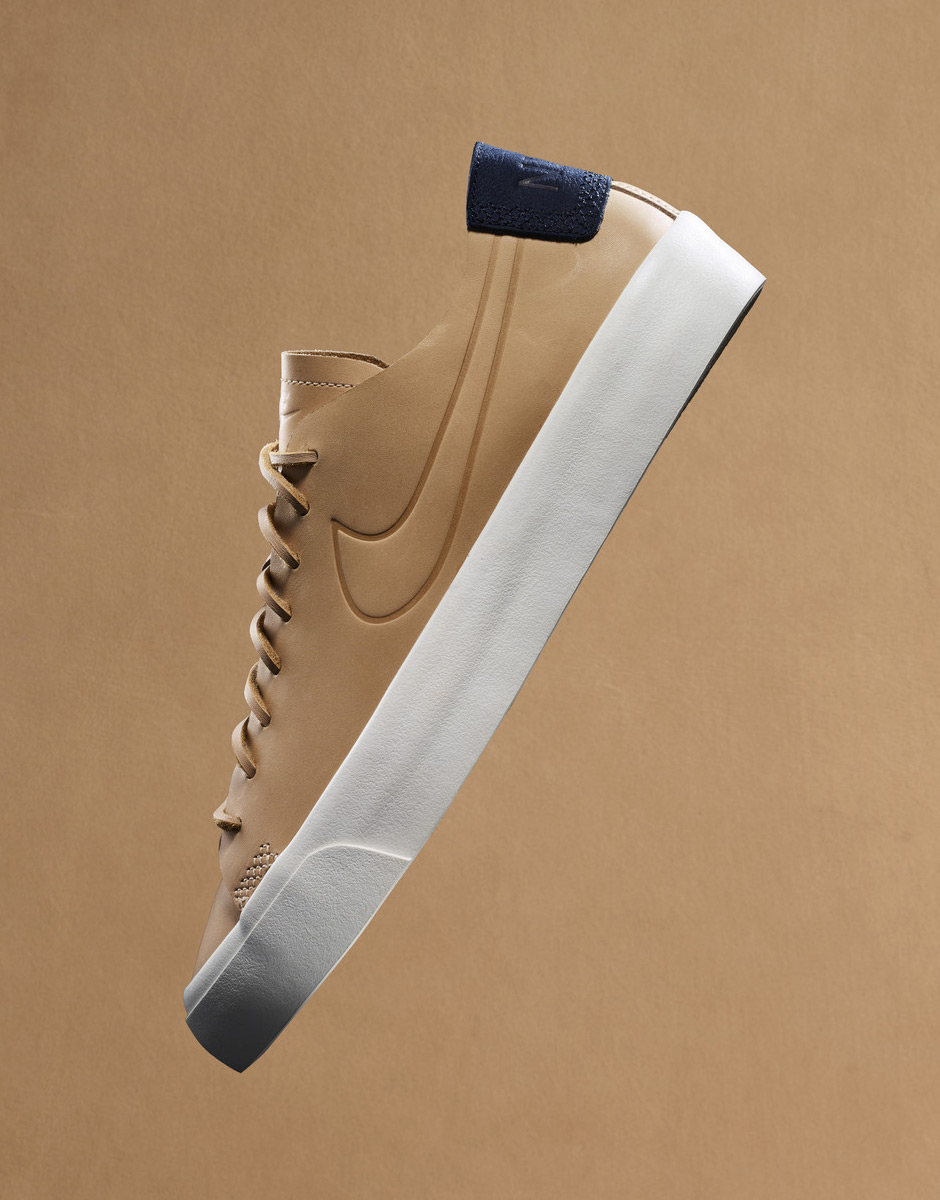 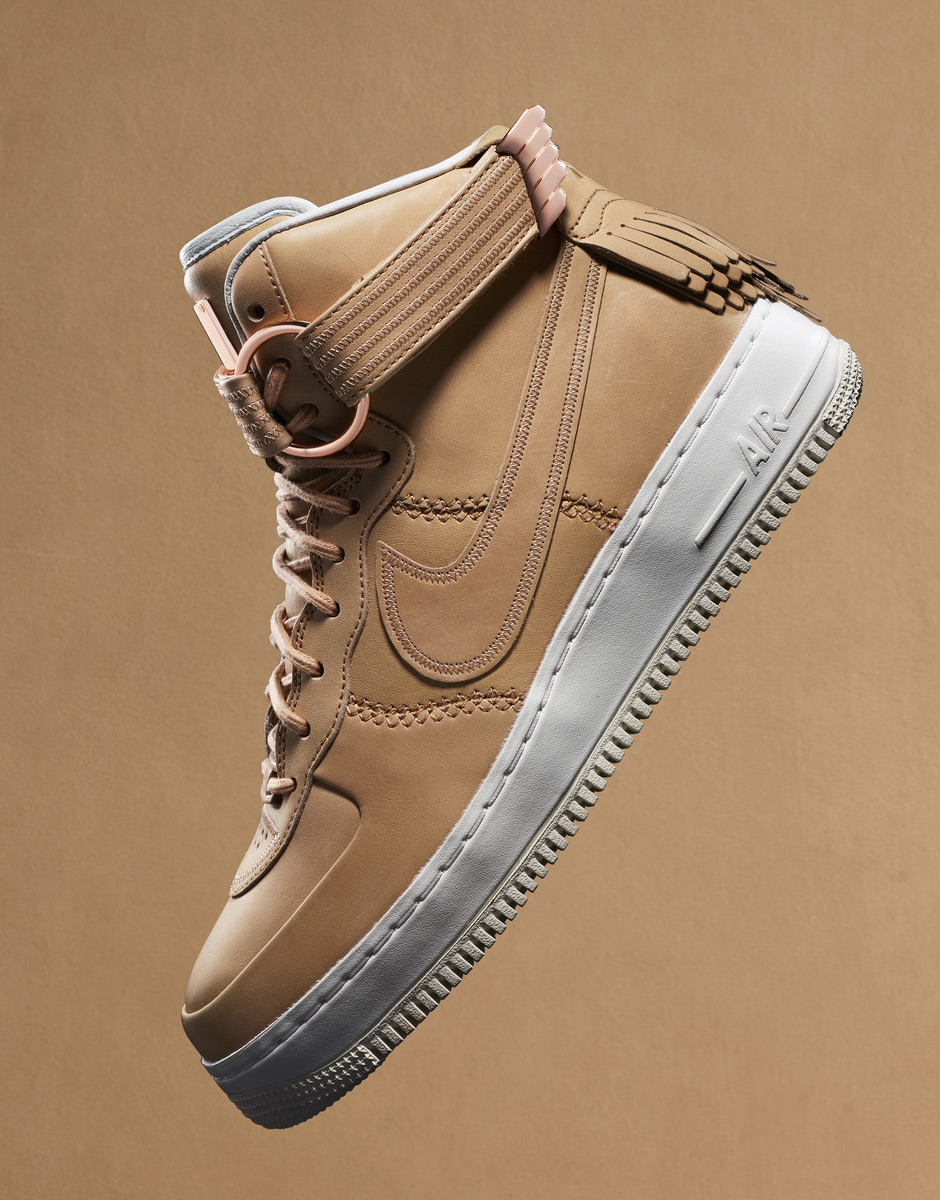 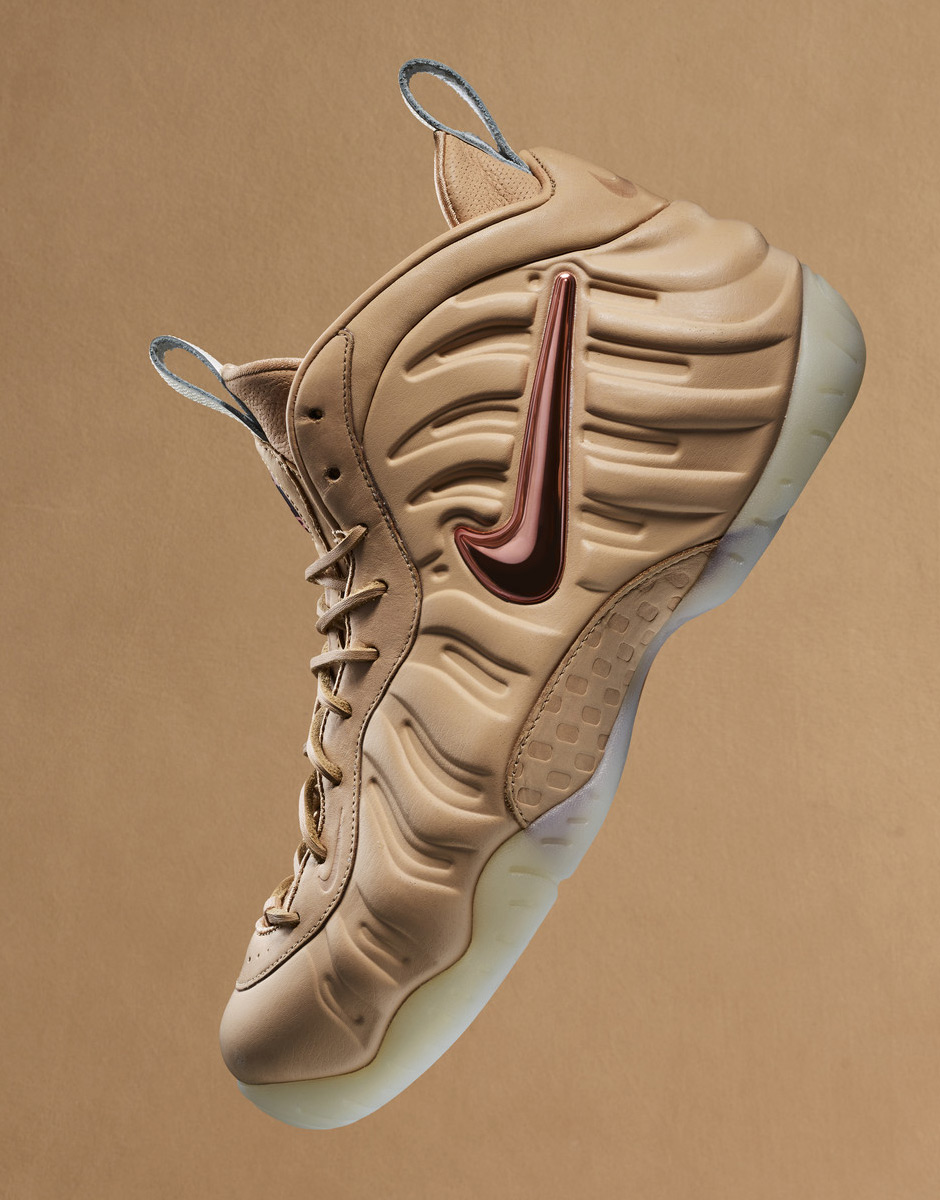 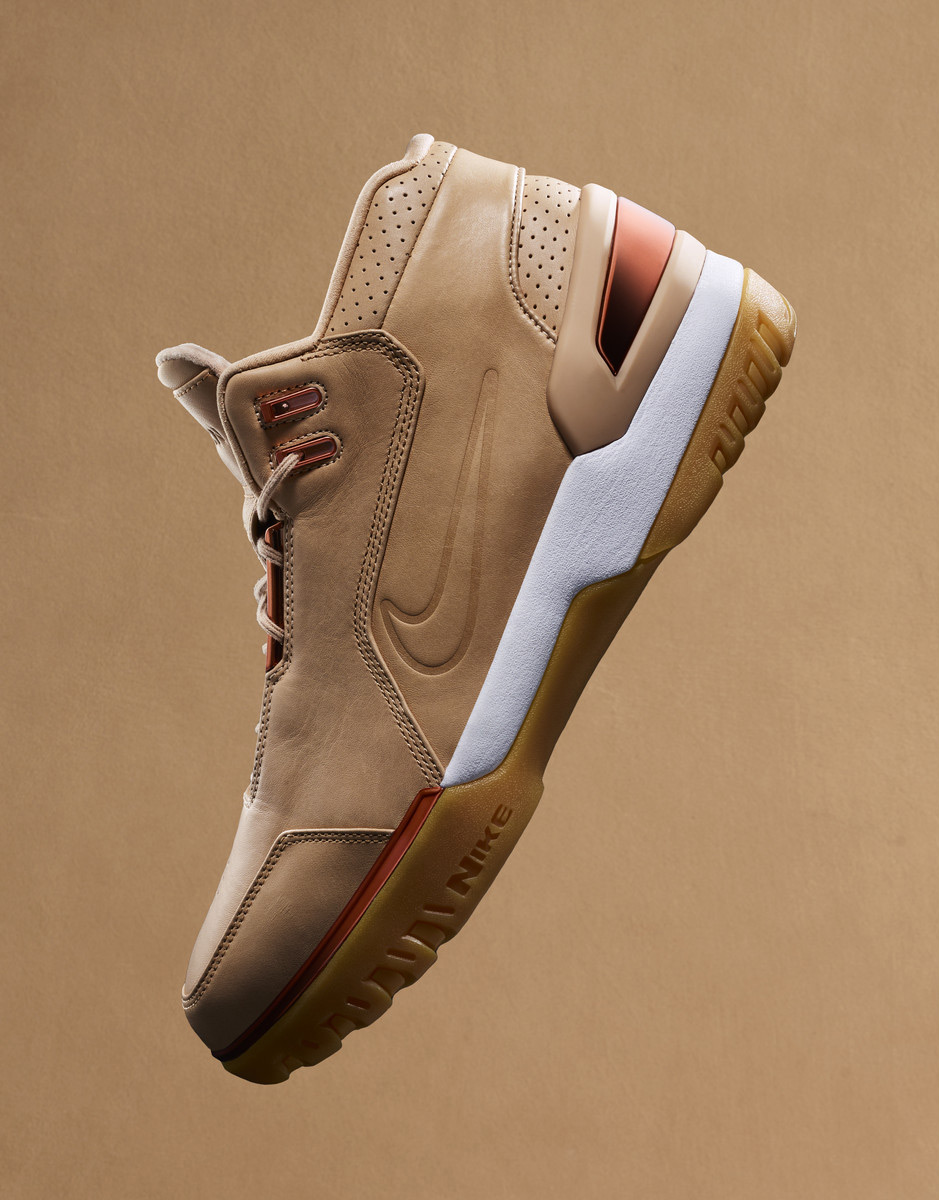 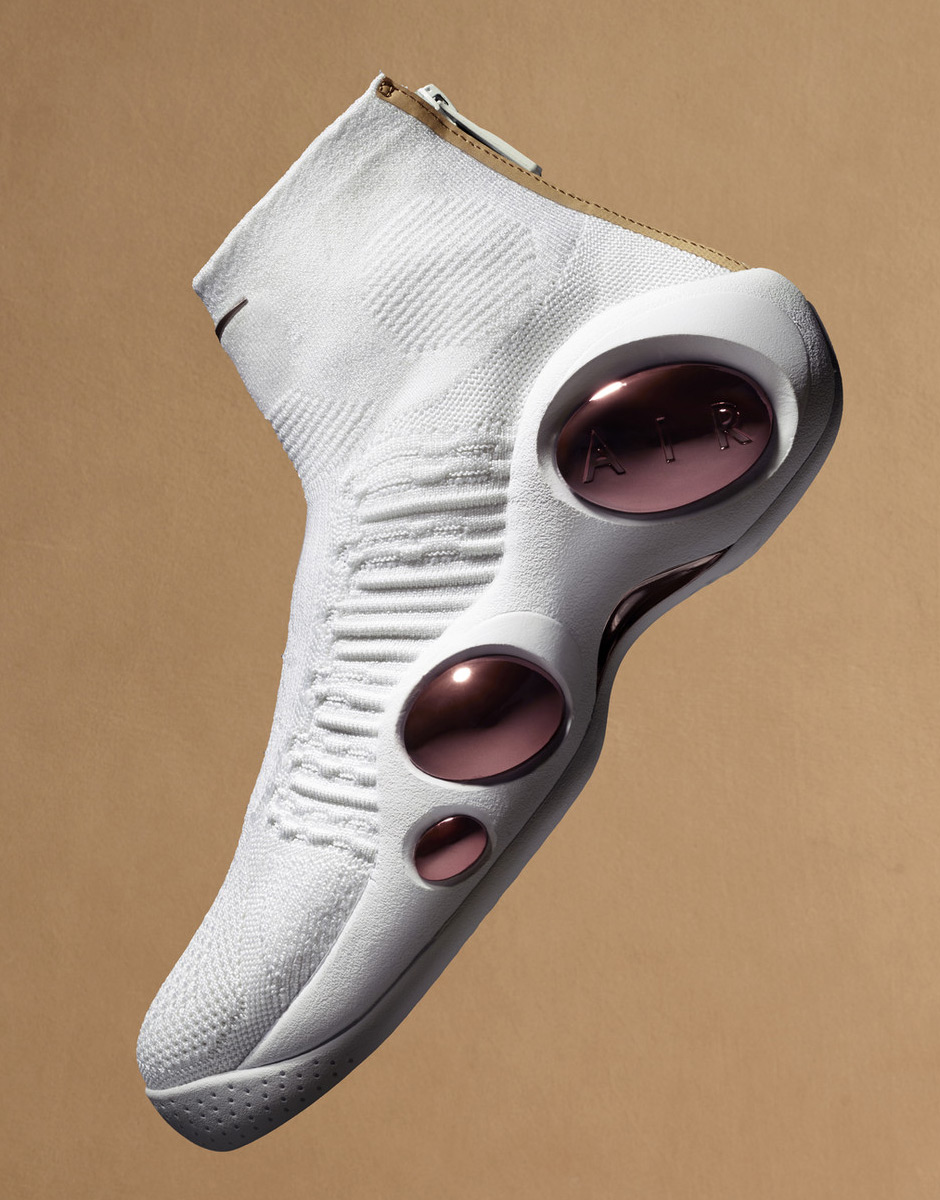