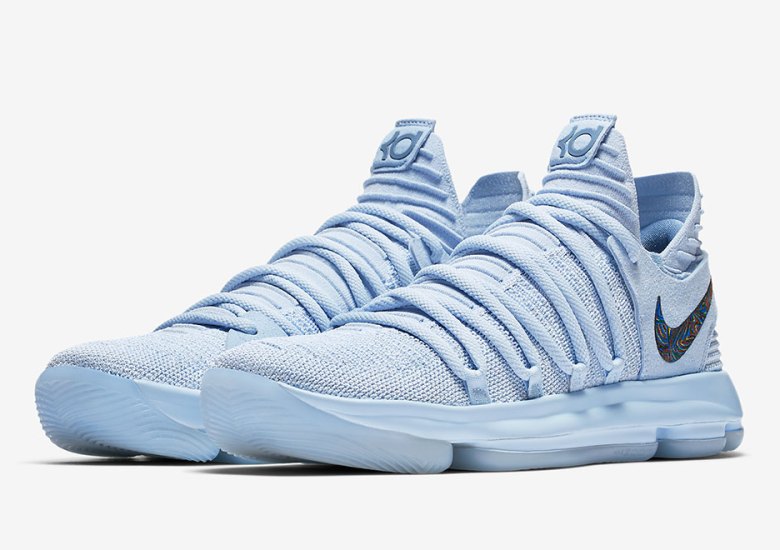 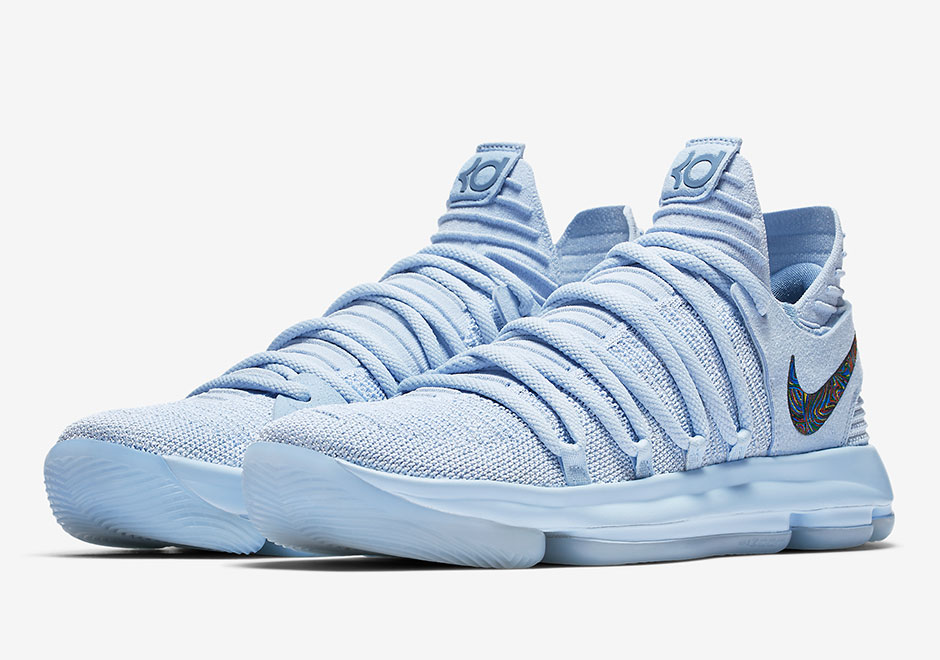 Can you believe that this year already marks the tenth anniversary of Kevin Durant’s signature line? It seems like yesterday we were copping pairs of the KD 4, doesn’t it?

The momentous release of the Nike KD 10 kicks off with the drop of the “Anniversary” colorway, which pays tribute to all of Durant’s past teams in a subtle way: a multicolored swirl on the Swooshes of the otherwise tonal light blue colorway. The Texas Longhorns, the Seattle Sonics, and the Oklahoma City Thunder, they’re all there in the mix along with the blue and yellow of his current squad. Get an official look at the “Anniversary” colorway here, and expect the debut “Preheat” colorway of the KD 10 to drop on May 26th in limited quantities on Nike SNKRS. 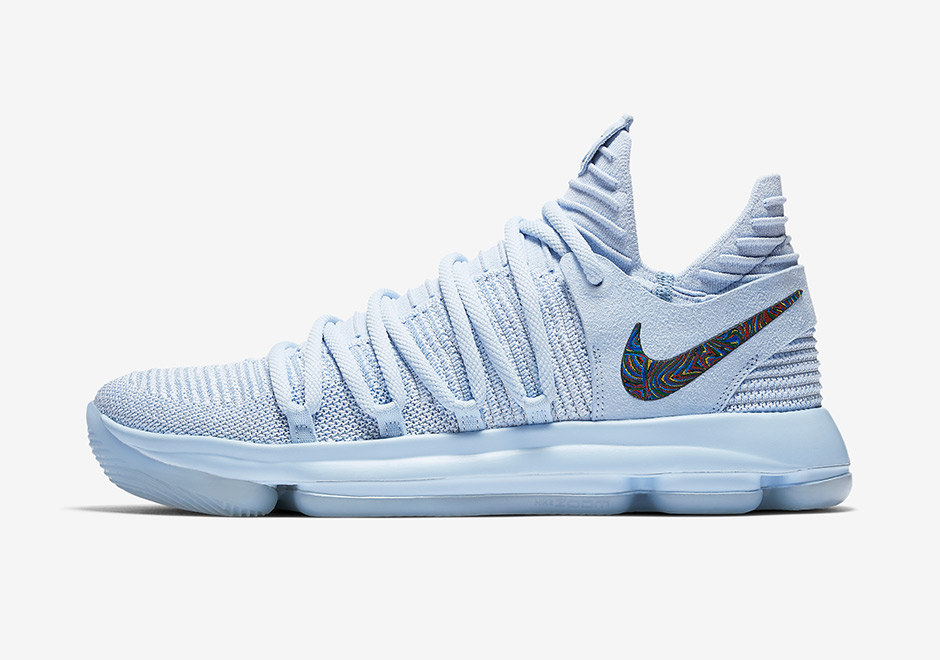 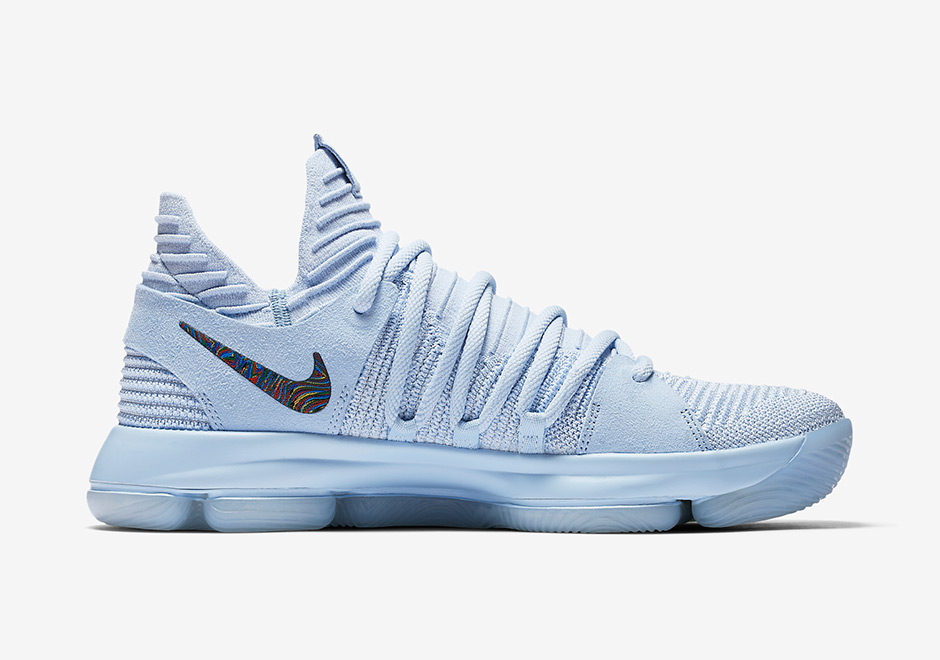 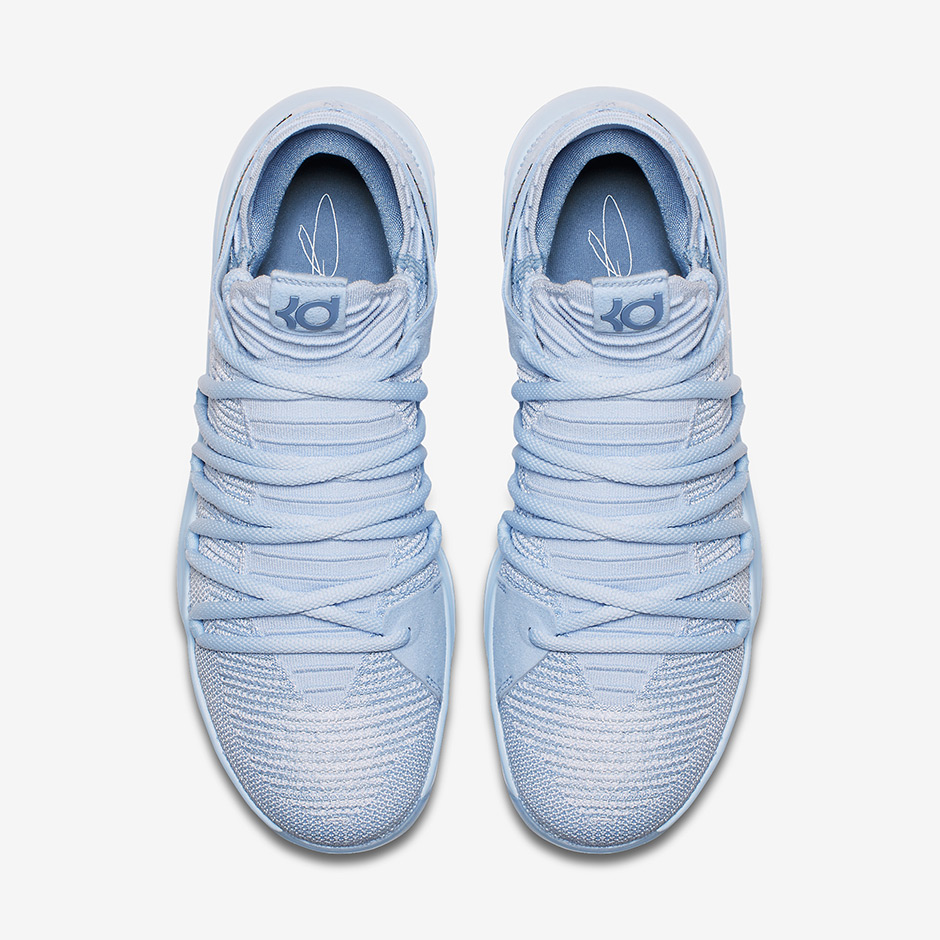 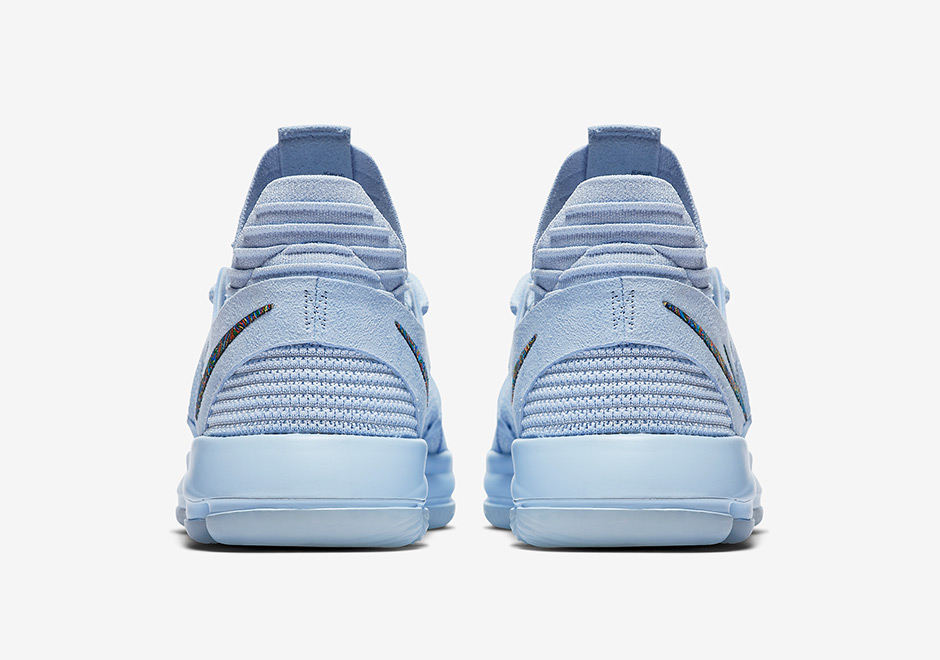 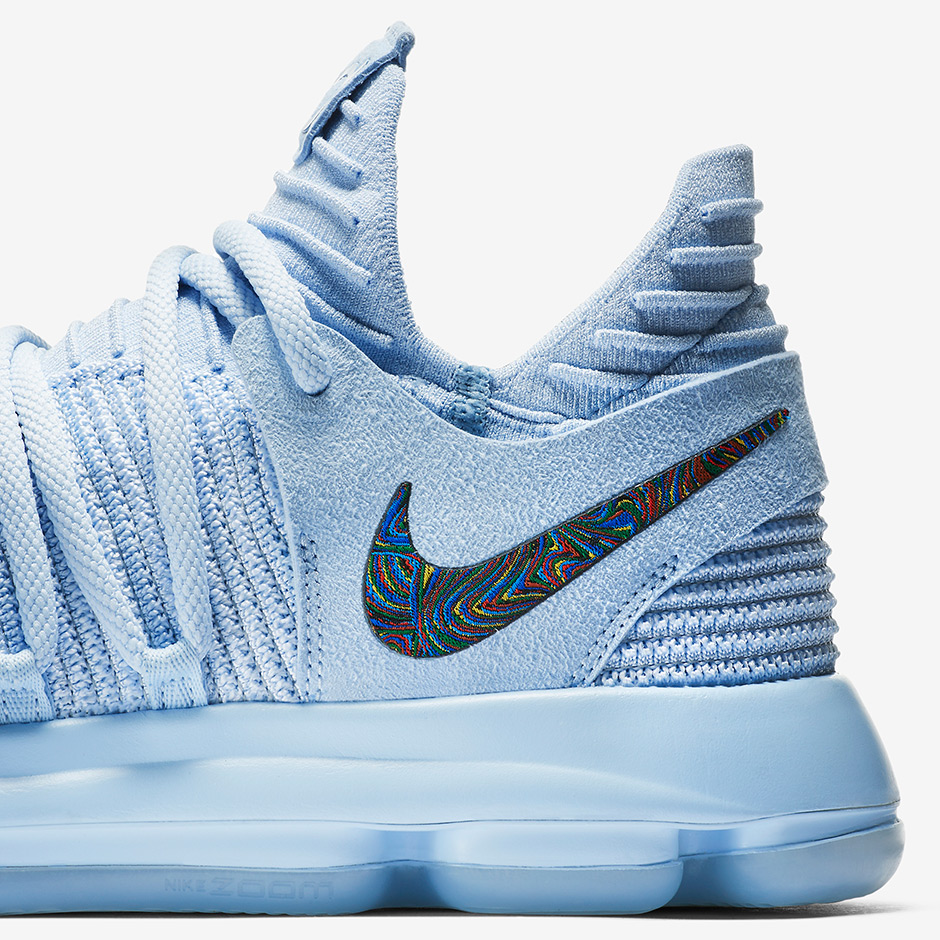 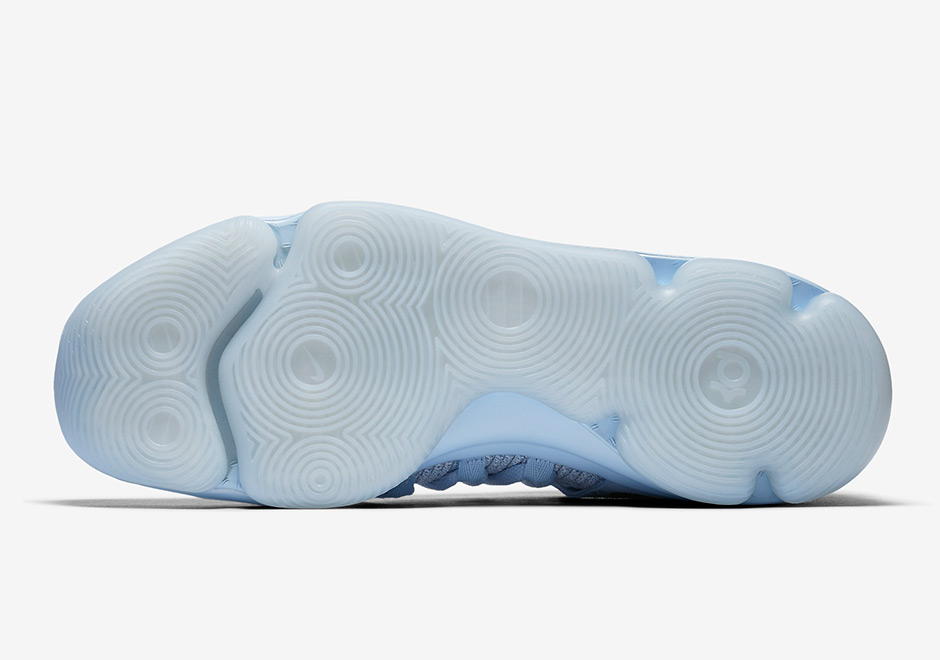