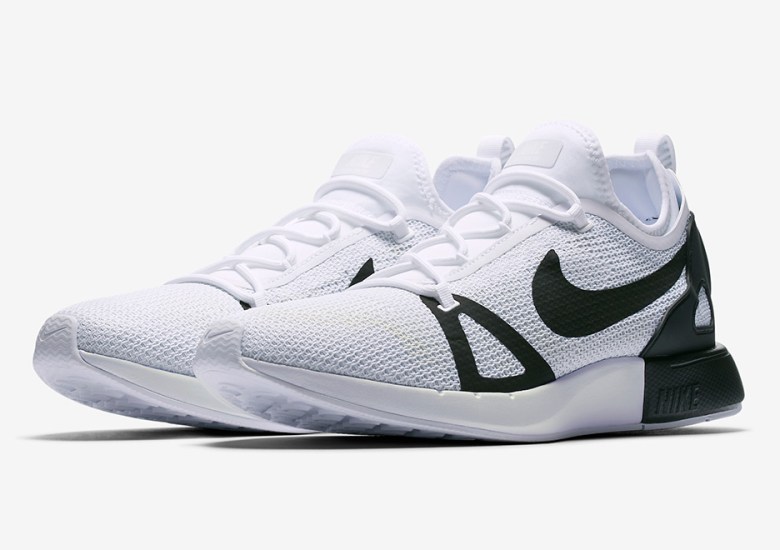 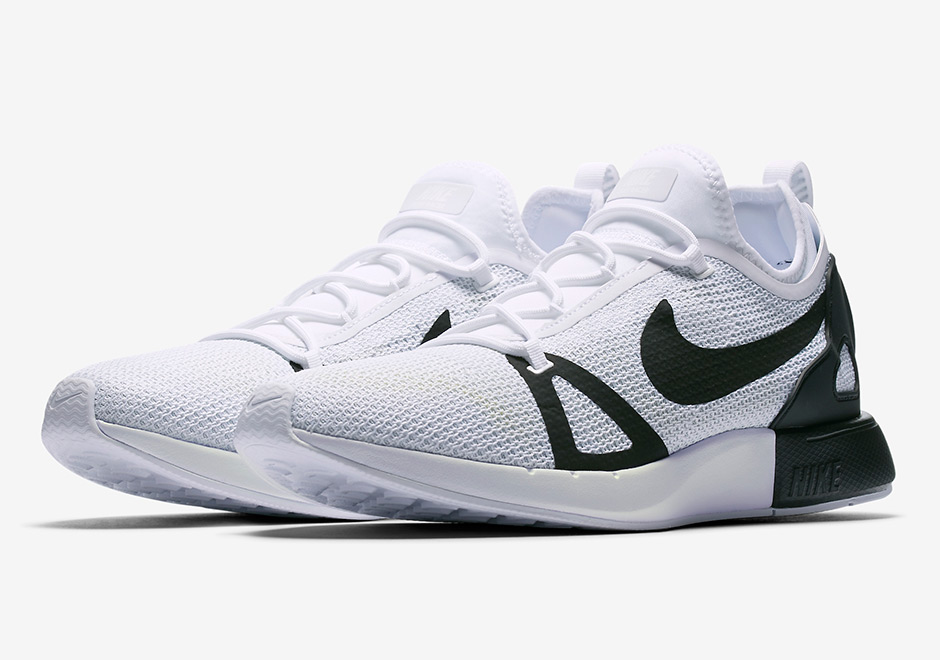 Along with the Nike Air Mariah Flyknit, Nike Sportswear is revamping another vintage racing shoe this summer, the Duellist. Originally released in 1988, the Duellist was a contemporary of the Air Mariah (they were even featured in a print ad together), and now it’s back as the Duel Racer, featuring a modern mesh upper in a sock-like design with synthetic overlays, a TPU heel counter, and color blocking that all mimic the lines of the original racing flat. Preview the Duel Racer in a white and black colorway here, and expect the shoe to debut on June 22nd. 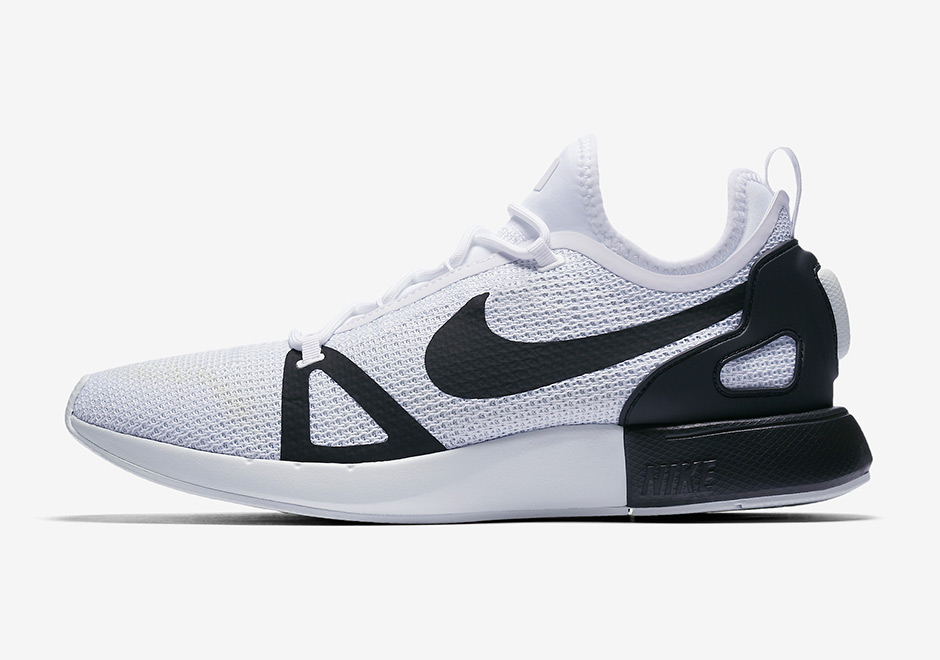 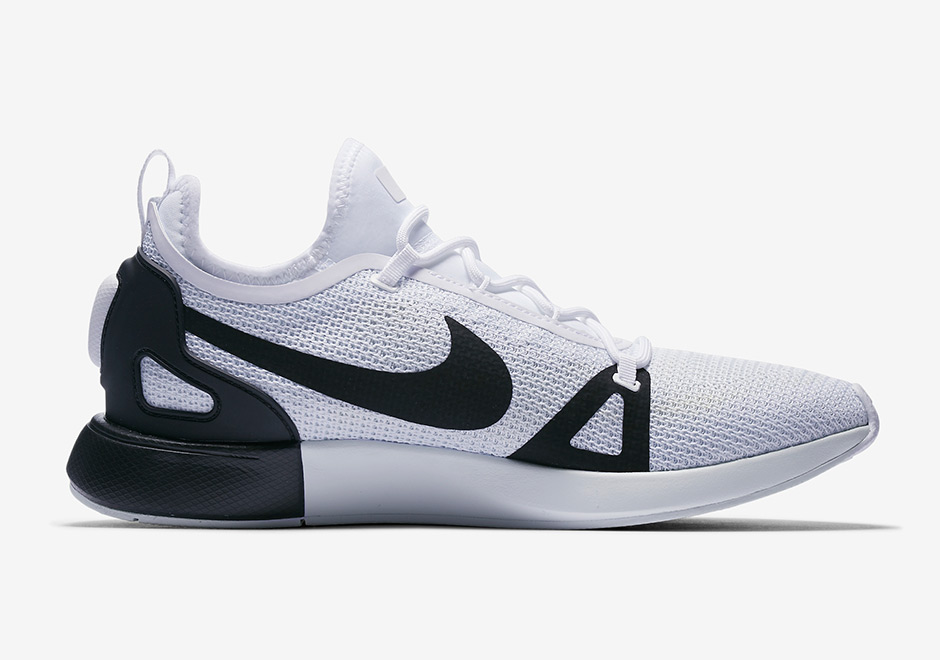 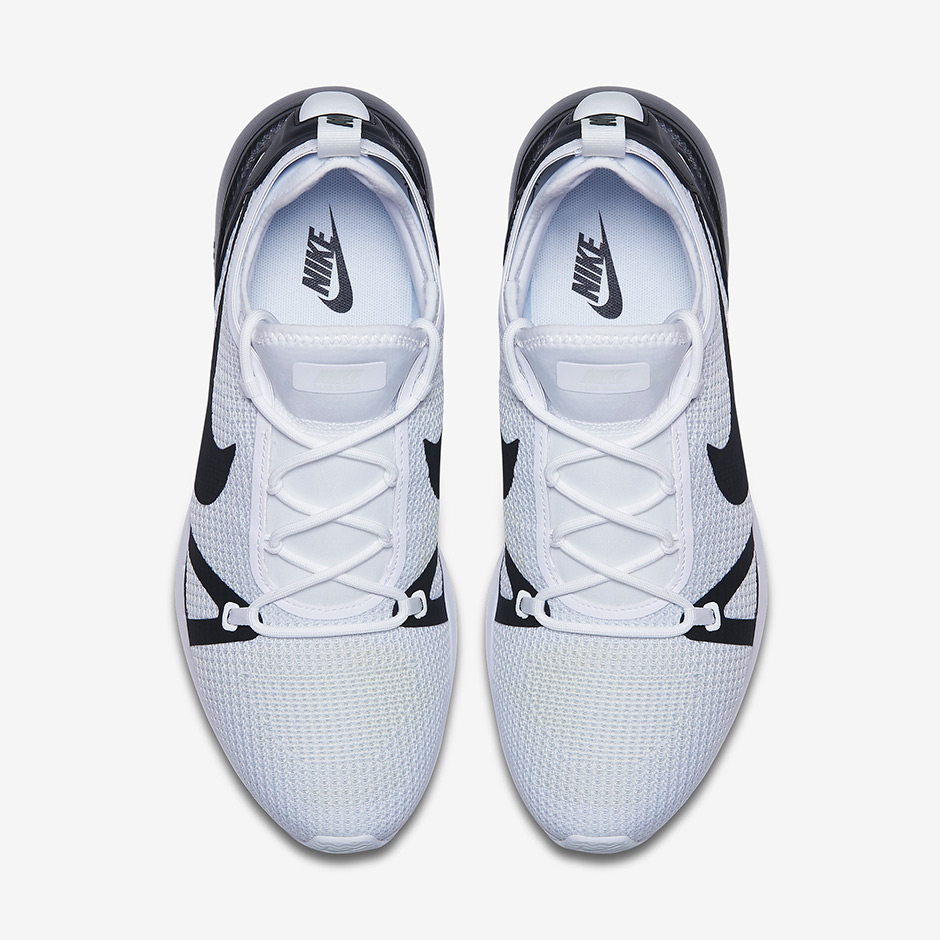 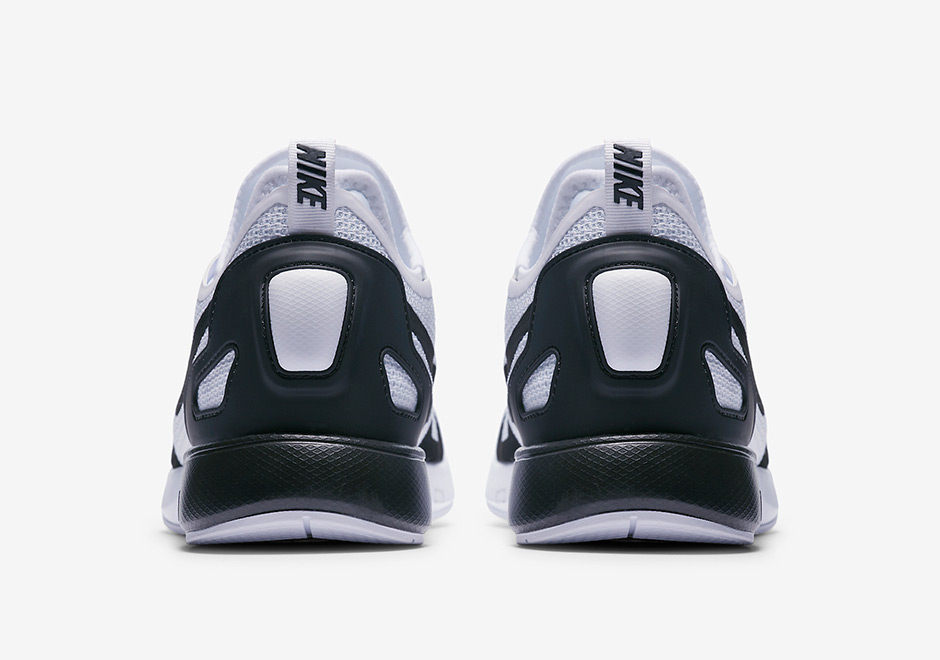 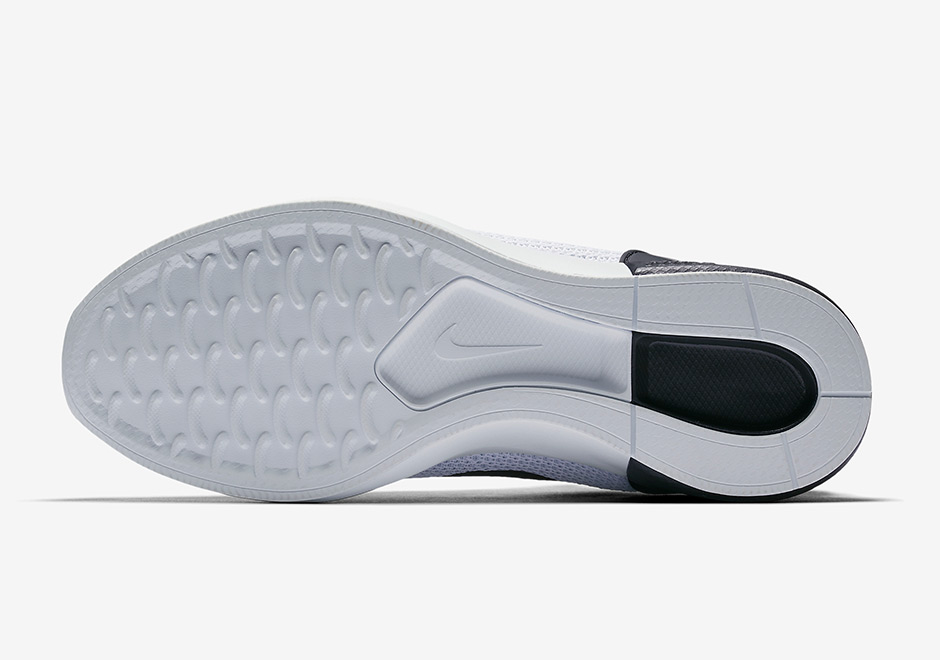