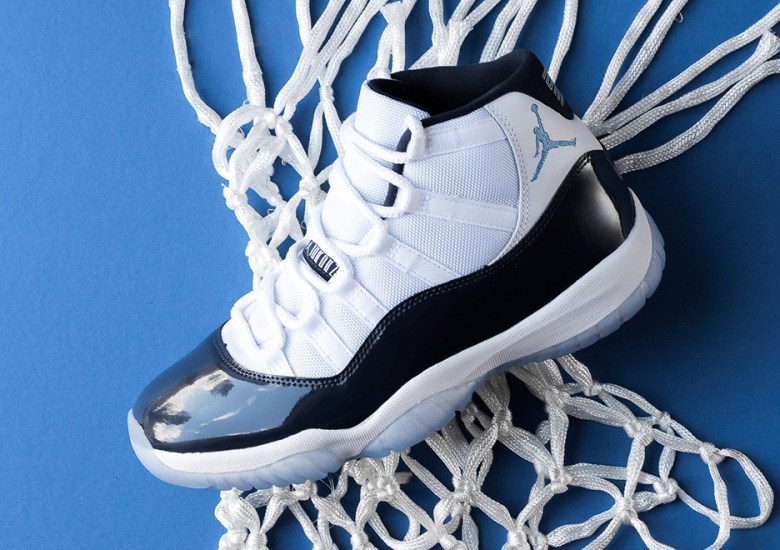 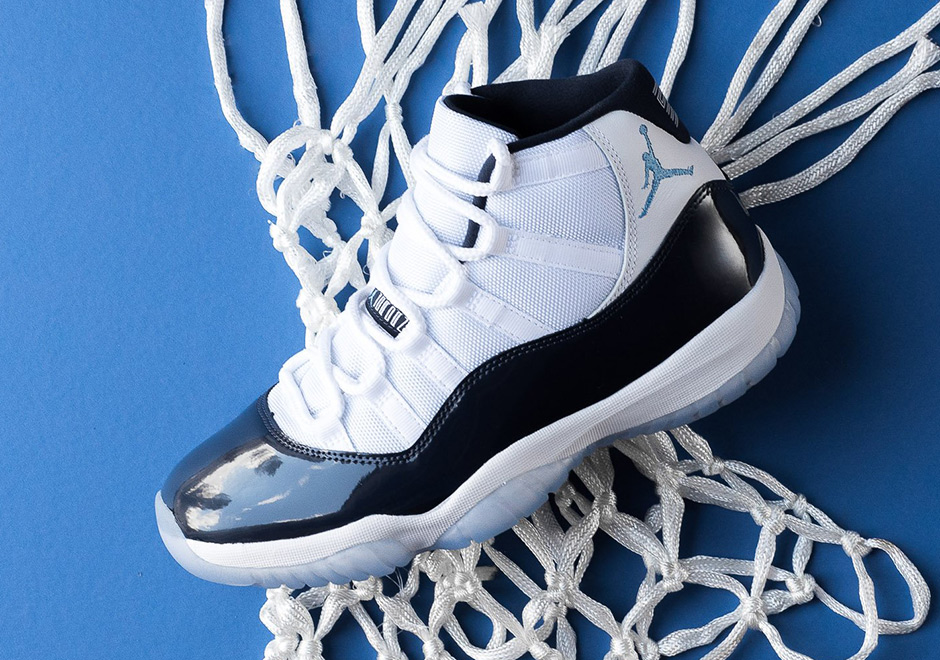 The Jordan Brand has never shied away from highlighting its namesakes championship winning tendencies. This concept is continued with the two upcoming “Win Like” Air Jordan 11 colorways that focus on Jordan’s titles with the Bulls and the Tarheels. The first of the two offerings is the Air Jordan 11 “Win Like ‘82” that features a patent leather midnight blue mudguard and Carolina blue branding that pays tribute to the game winning shot MJ hit to lead UNC to the 1982 National Championship.

While the sneakers made a surprise debut during UNC’s “Late Night With Roy” exhibition scrimmage in October, the “Win Like ‘82” concept is ready for an official roll-out. This navy Jordan 11 offering will be available in full family sizing at Jordan Brand retailers on Saturday, November 11th. 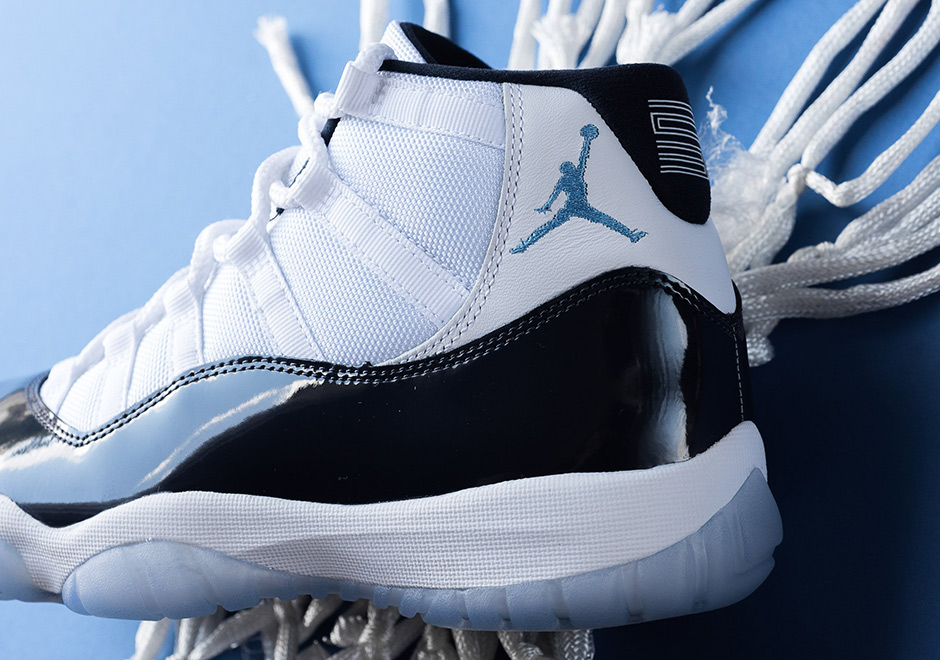 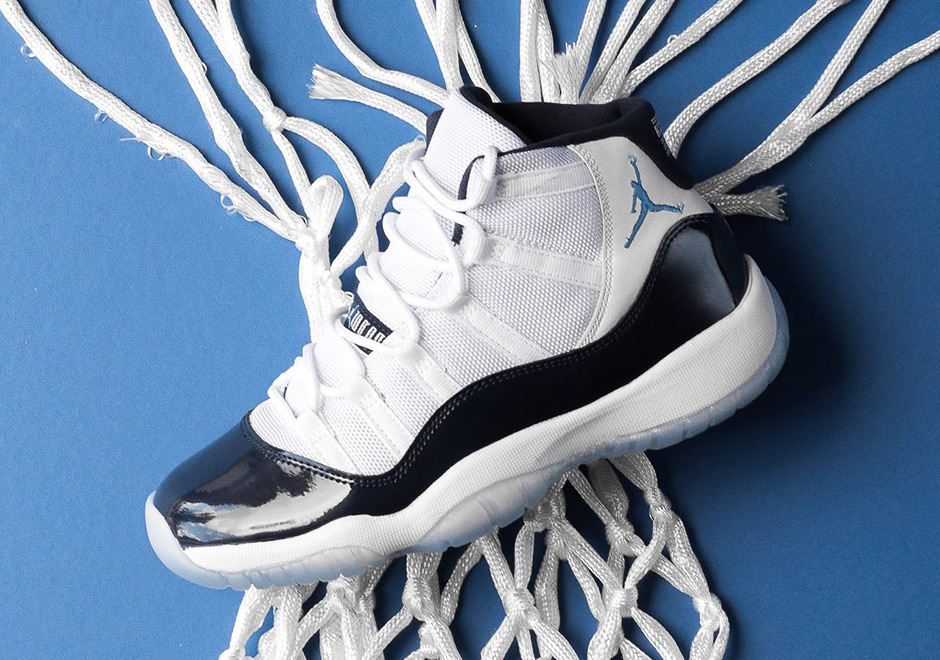 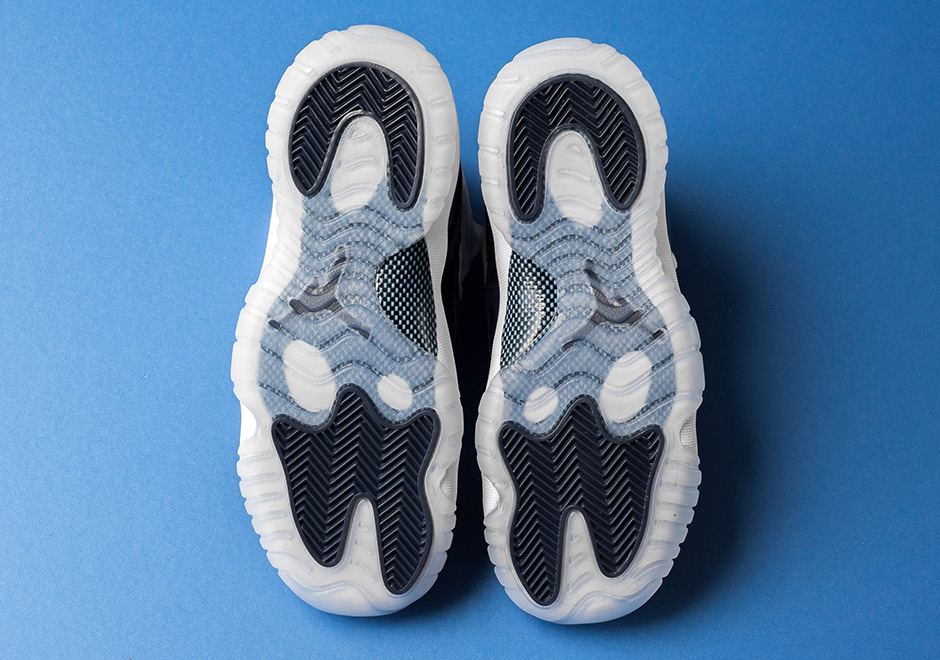 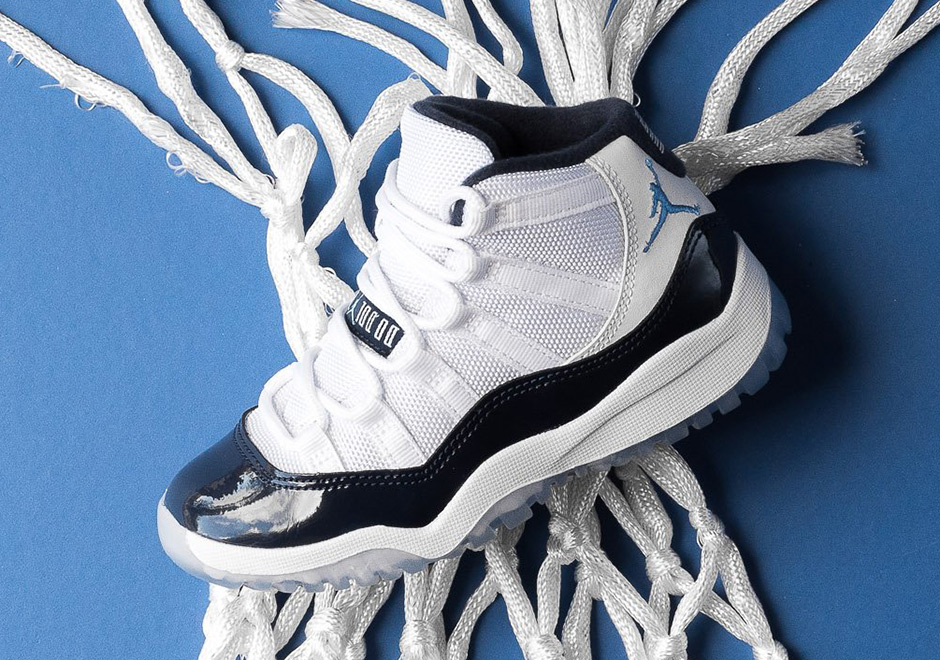 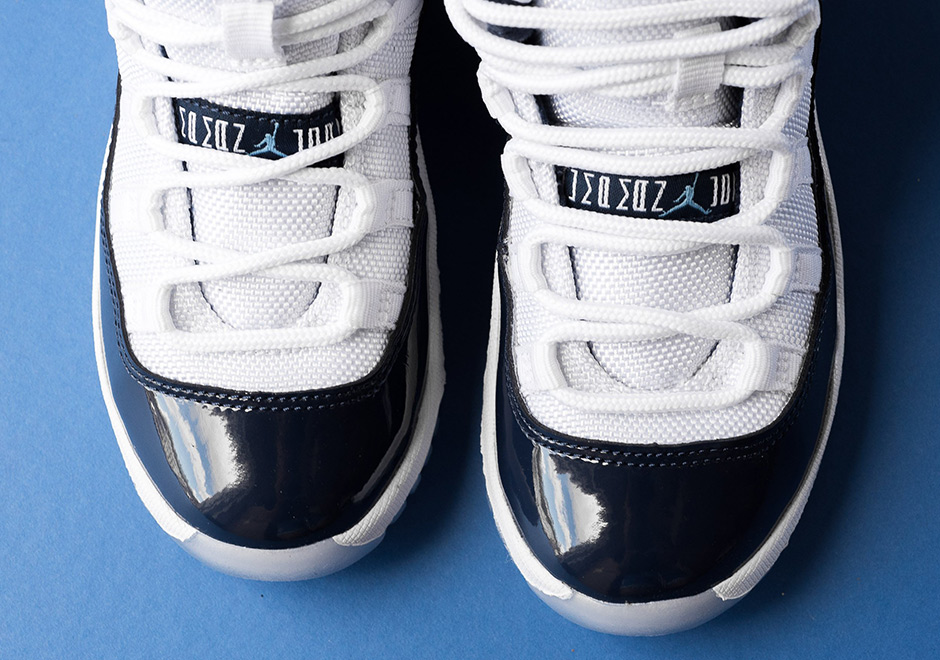 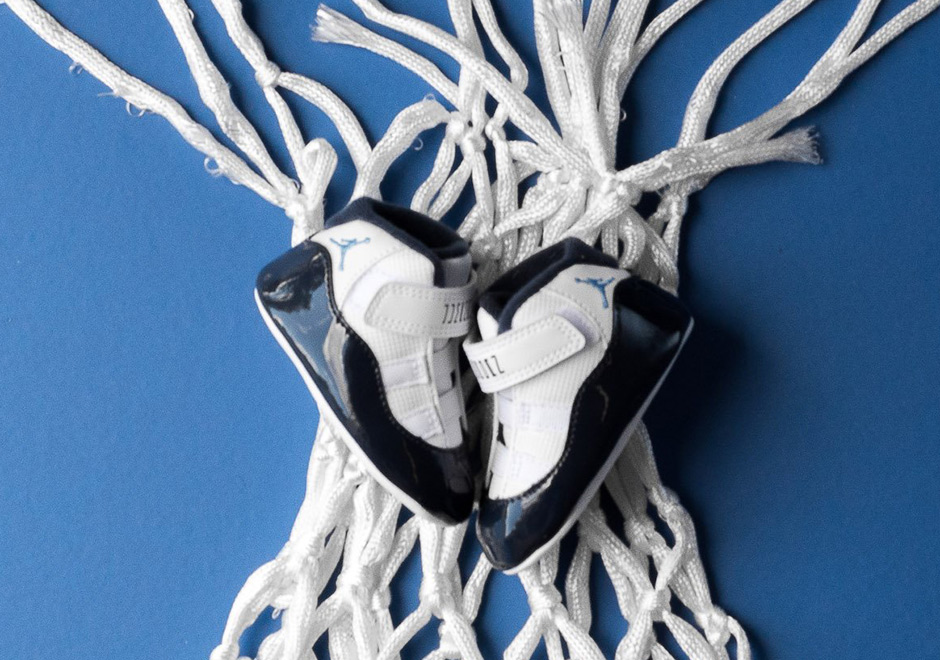 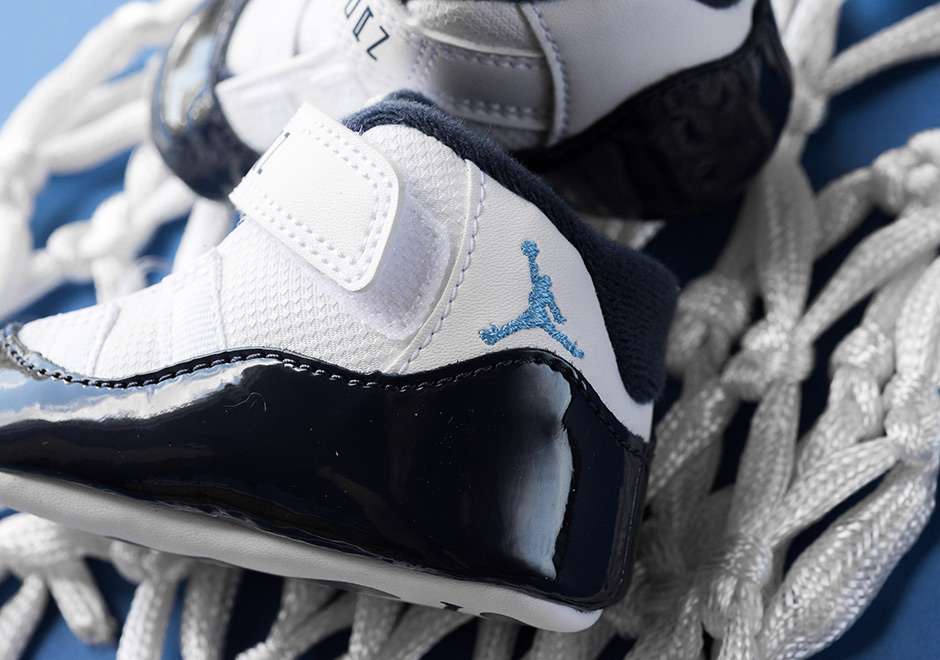