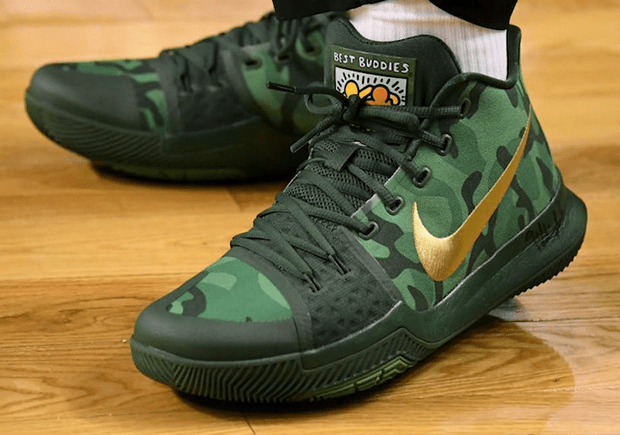 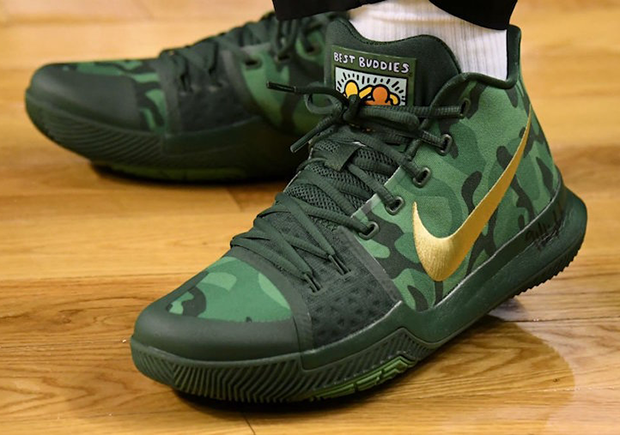 Kyrie Irving’s complete stranglehold on the PE game continued last night with his dedication to the Best Buddies Foundation. Best Buddies is the world’s largest organization dedicated to ending the social, physical and economic isolation of the 200 million people with intellectual and developmental disabilities. The current Celtics’ star was an active participant in Cleveland’s chapter of this charitable organization, creating events the likes of the Kyrie Irving Basketball challenge.

Adorned in a forest green camouflage upper, this particular Kyrie 3 offering comes with Best Buddies signature one-to-one affection logo emblazoned on the tongue. The golden Swoosh on the midfoot keeps this PE Boston-themed, while still honoring the organization he is still heavily involved with. No information has surfaced regarding a potential release of the Nike Kyrie 3 “Best Buddies” PE, so for now, enjoy a closer look below. 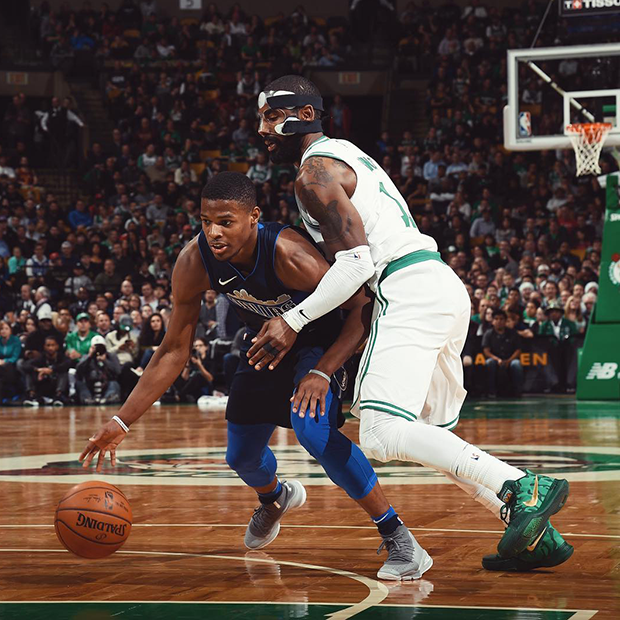 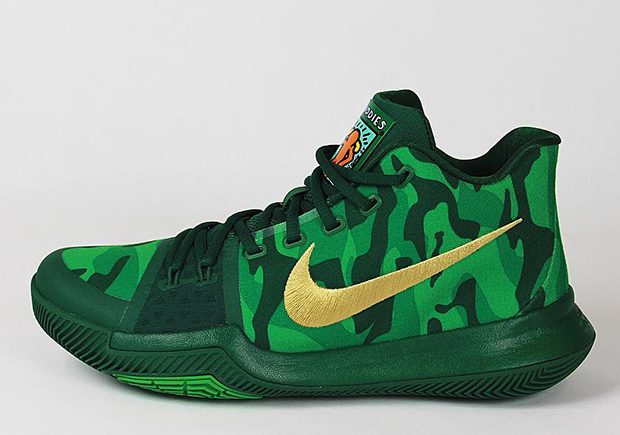 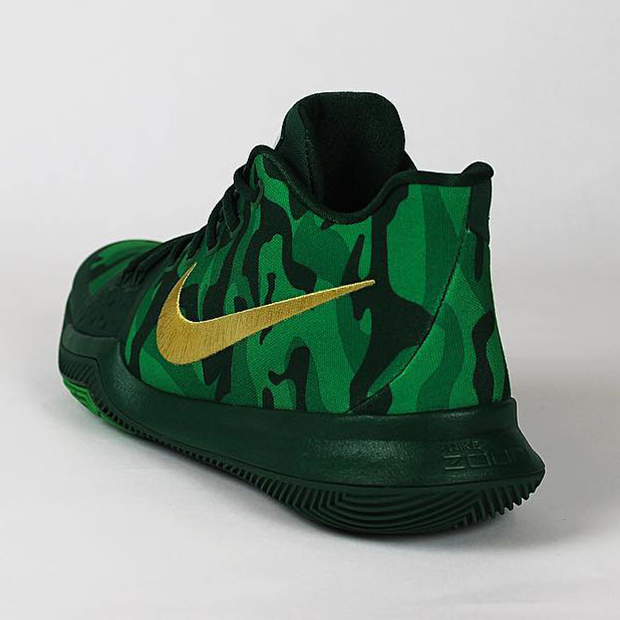 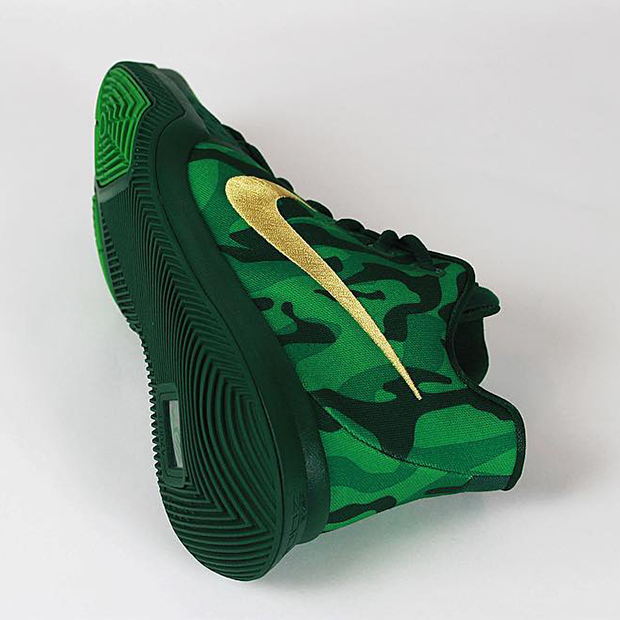