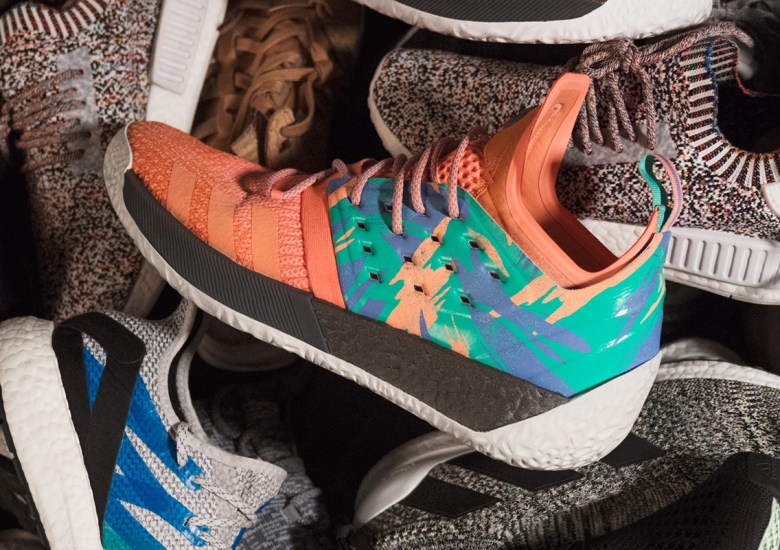 The long-awaited debut of the sequel to James Harden’s adidas signature shoe may be coming soon. As part of the brand’s epic “Calling All Creators” spot that was unveiled yesterday, adidas quietly debuted the Rockets star’s new sneaker in a bright orange melon upper with tropical graphics and a black Boost composition. The low-cut sneaker, which has been previewed months ago, features a mesh-based upper with a toe fortified by additional stitching embedded into the shell, while the heel of the sole traction wraps upwards to give Harden’s signature euro-step maneuvers some added stability. A release date for the Harden Vol. 2 has not yet been revealed, but expect it in early 2018.

UPDATE: The Harden Vol. 2 is available now from adidas. 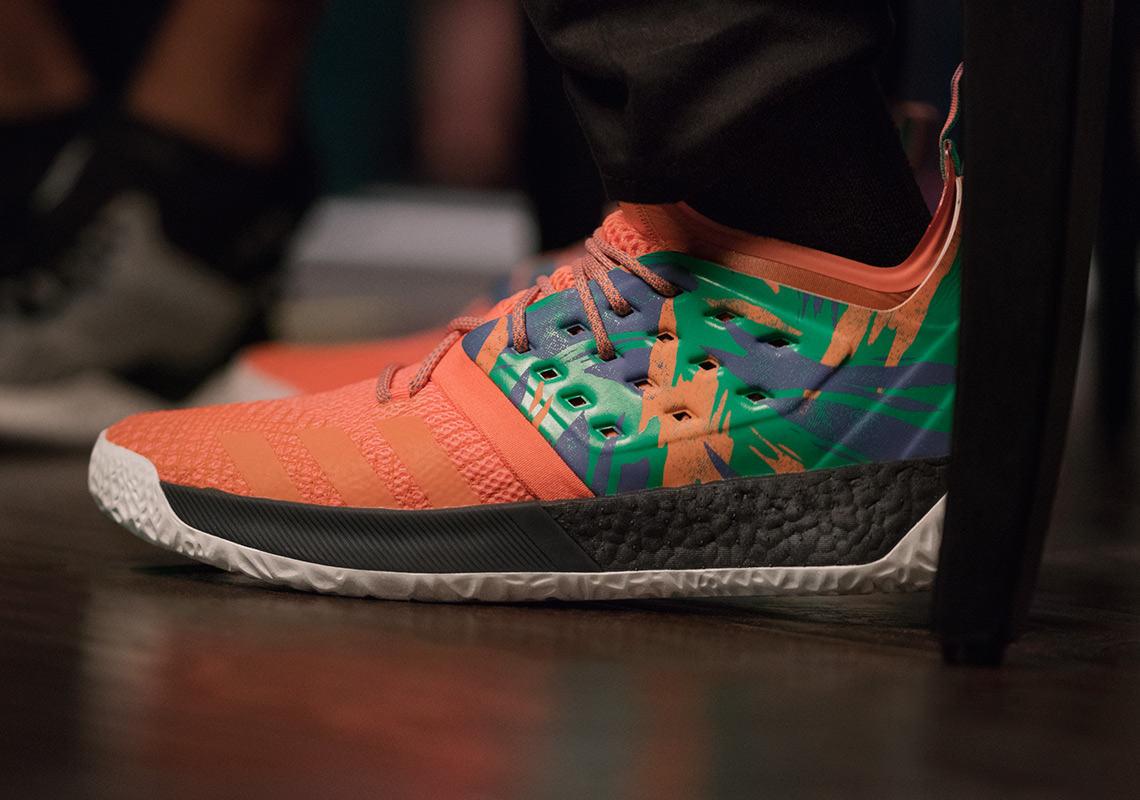 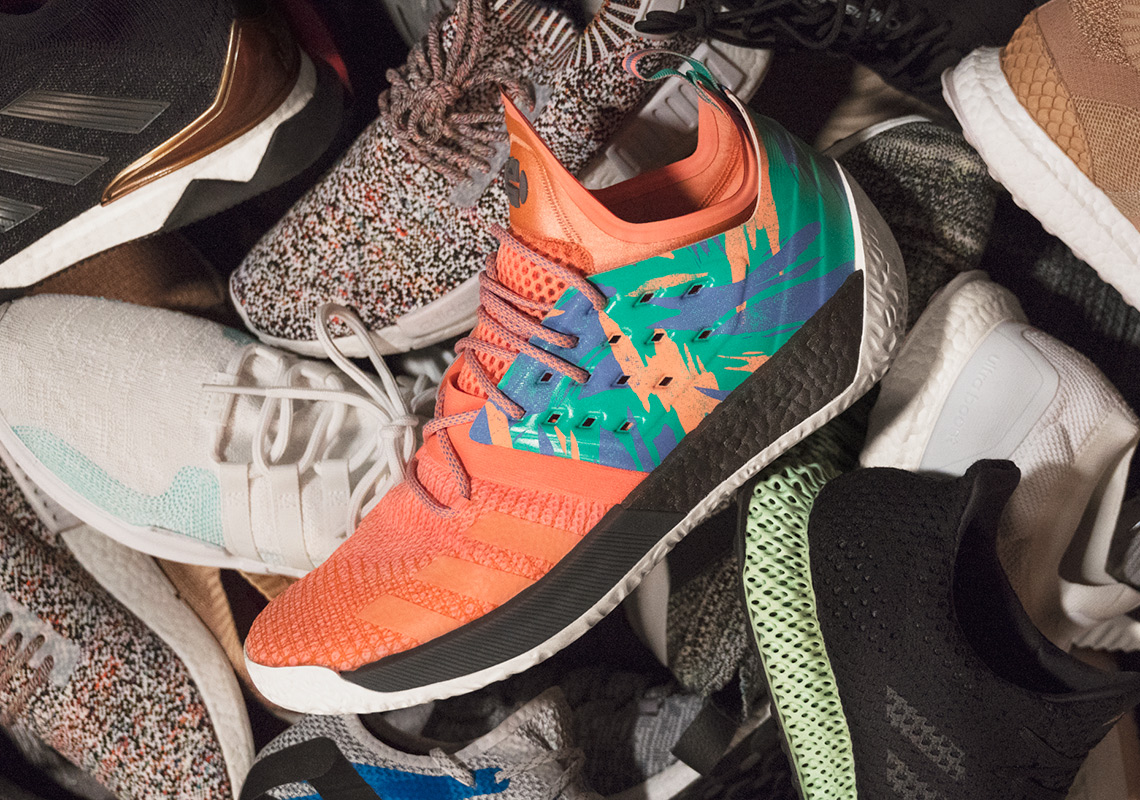 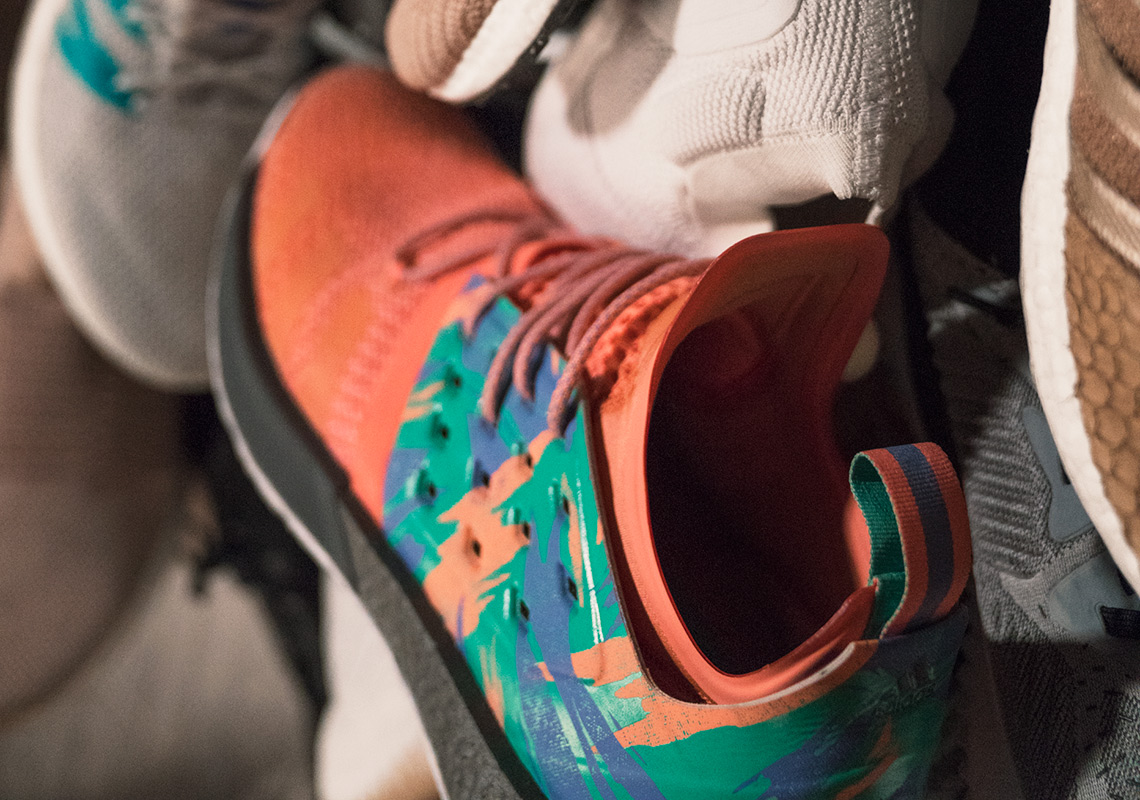