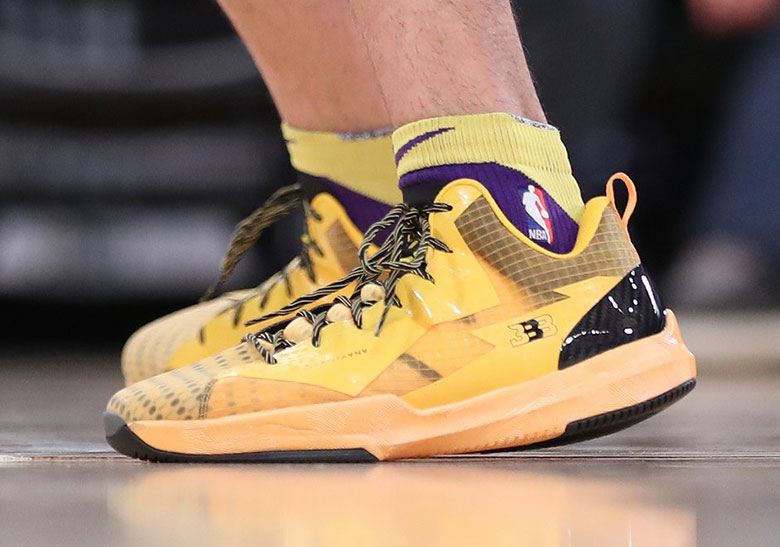 While his brothers are settling in and getting acclimated to the life of a professional basketball player in Lithuania, Lonzo Ball is quietly putting together a very solid rookie campaign. Much to the angst of the rest of the league, LaVar continues to openly criticize Luke Walton’s coaching chops, while his oldest son is averaging 10, 7 and 7 for the last place Lake Show. In last night’s game against the Hawks, Lonzo notched a double-double while sporting a brand new colorway of his signature ZO2 Prime. Draped in yellow, the pair comes equipped with black highlights and a semi-translucent construction that reveals unique patterning and more black in its underlay. While there is no current information regarding a release of this ZO2 prime, expect it to come with the boisterous $495 price tag if it does hit the market. Is this a step in the right direction for Lonzo’s signature line? 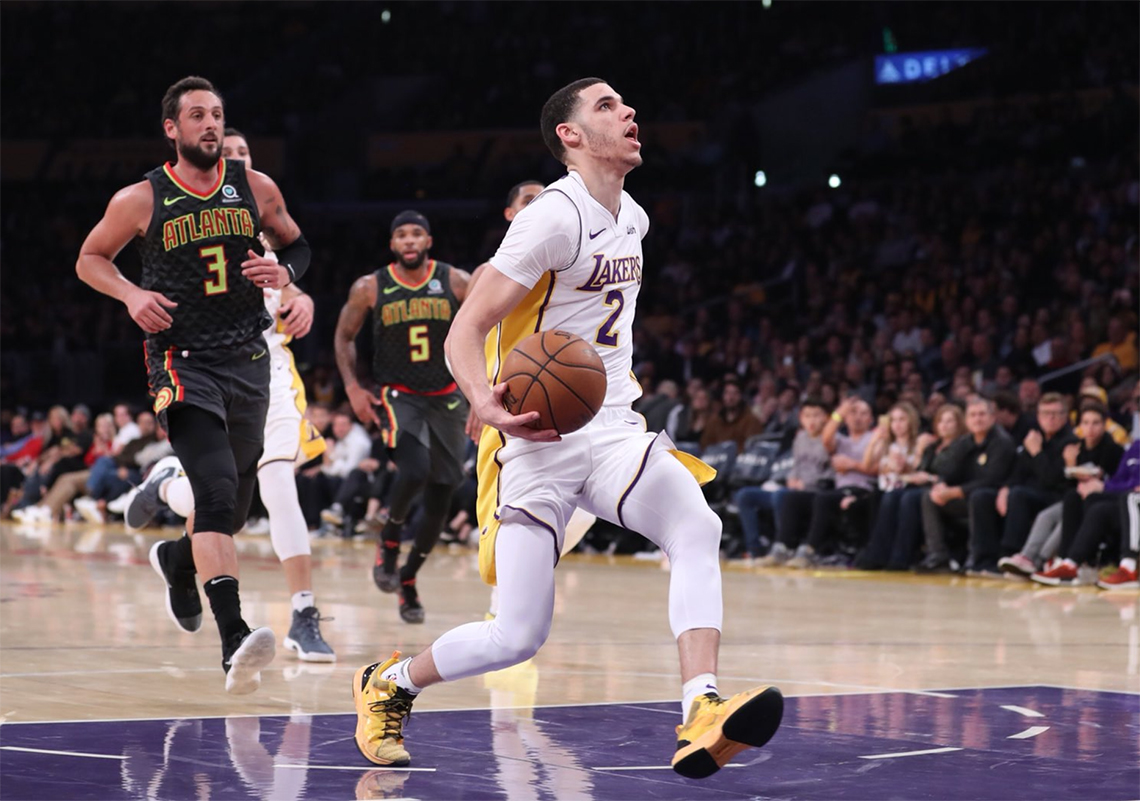