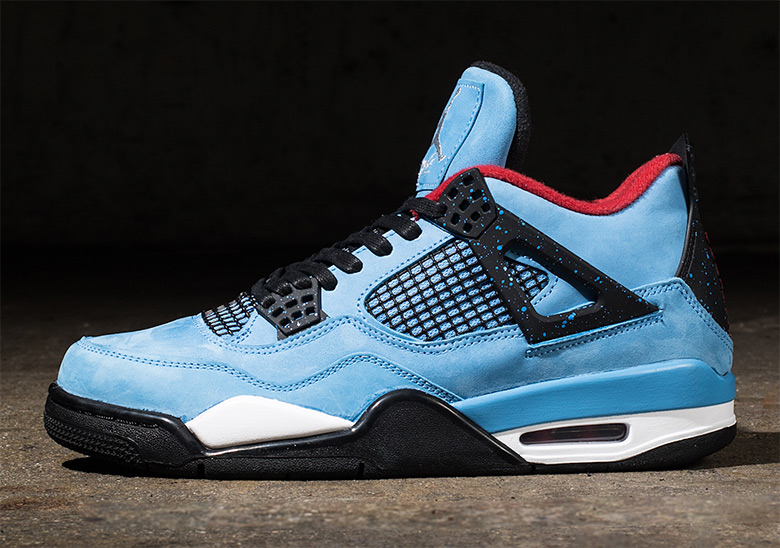 For a number of months now, Travis Scott‘s upcoming Air Jordan 4 collaboration has been the talk of the Jordan Brand community, whether it be speculation over the heel graphics, its price point, or the potential for new colorways. Now, just four days away from its release, the Houston Oilers-inspired sneaker remains one of the Jumpman’s most intriguing projects this calendar year. With fellow hip-hop superstar Drake having left Jordan for the Three Stripes, it is up to La Flame to fill the void missing in the Jumpman-Rap crossover world. Dressed in University Blue with a Varsity Red instep, the “Cactus Jack” 4 utilizes dual-branding on its heels to represent the H-Town rapper’s record label. A speckled pattern can be seen on its lacelets and those aforementioned heels for an extra touch. Check out our complete Where To Buy list below for your best shot at securing a pair of these Jordan 4s at retail. 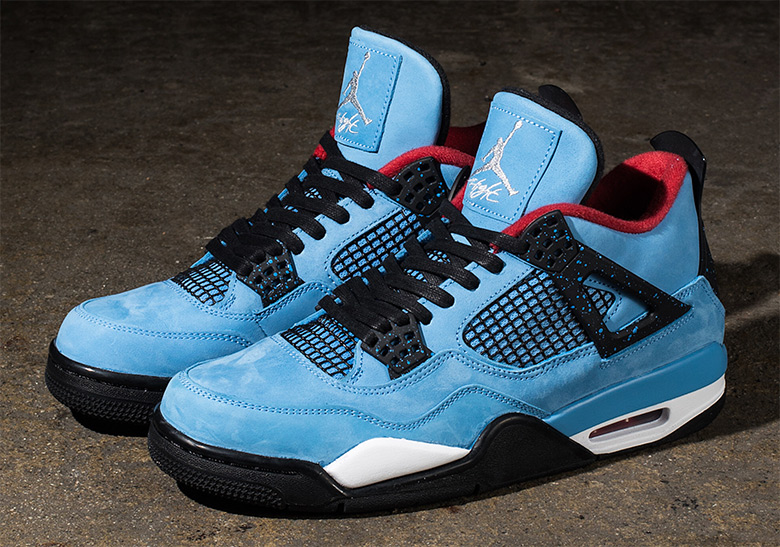 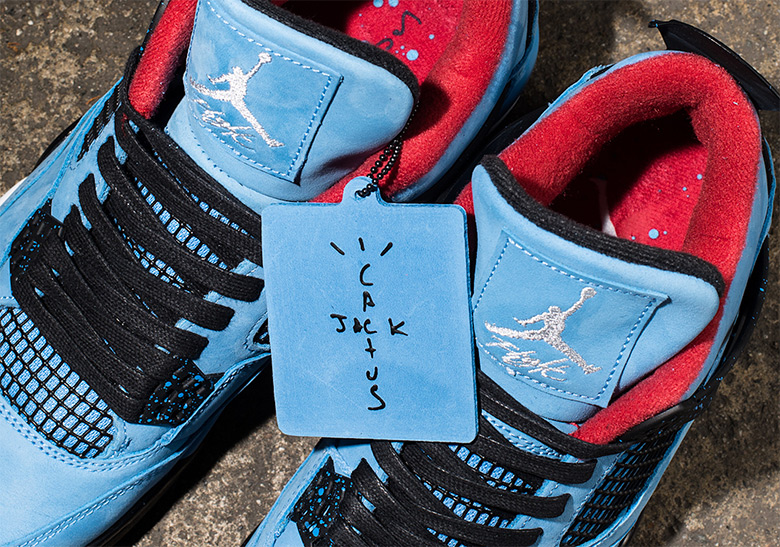 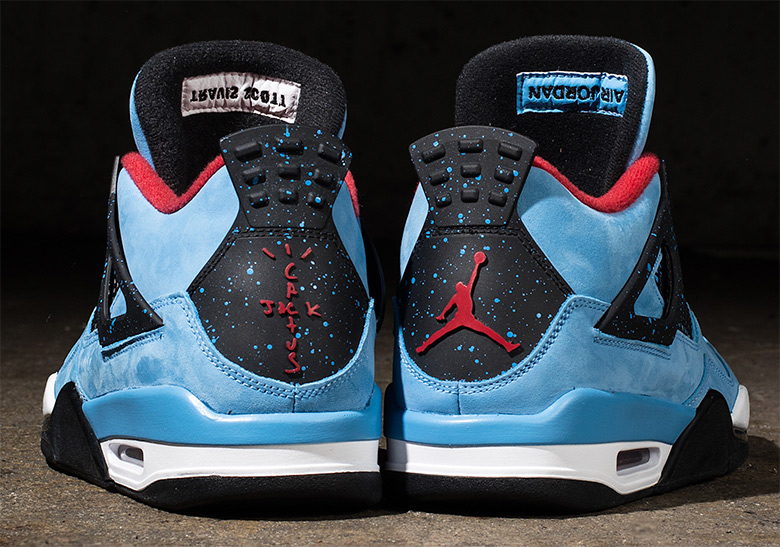 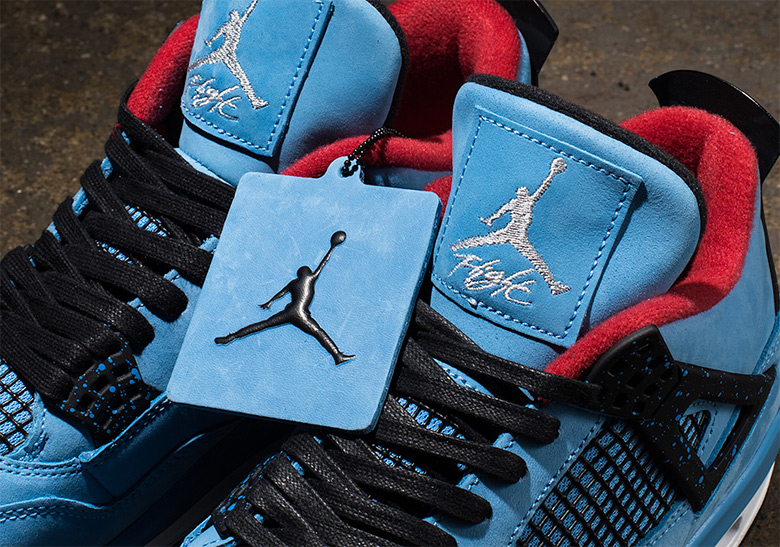 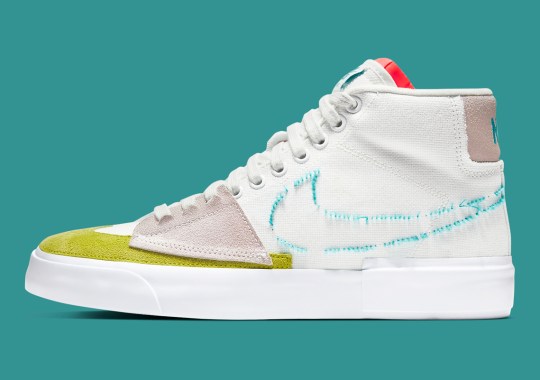