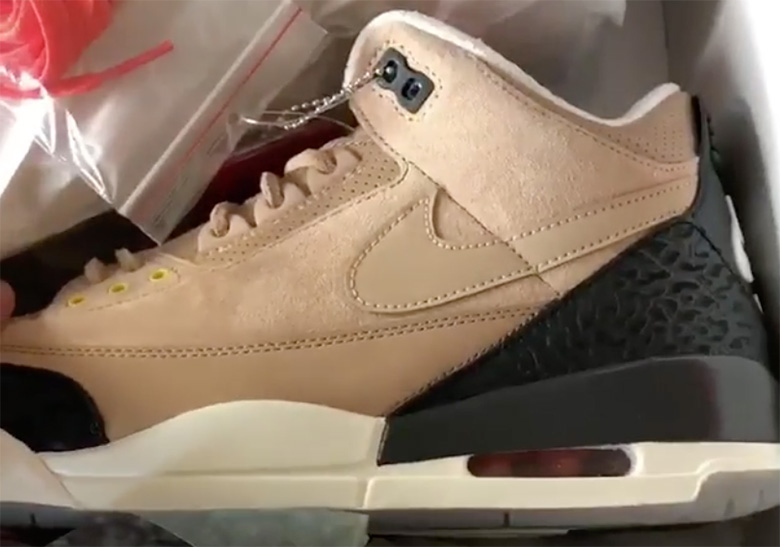 During this year’s Super Bowl halftime show, Justin Timberlake revealed a collaborative version of Tinker Hatfield’s Air Jordan 3 design that went on to be one of the most sought after sneakers of the early part of 2018. In the following months, the sneakers released at pop-up shops along his “Man Of the Woods” tour, as well as a number of natural-colored samples that were originally slated as PEs not meant to be released. Since then, the “Bio Beige” version of the JTH 3 has been scheduled for a drop, and now Timberlake himself is here to unbox that pair that is set to arrive at retail next month.

Housed in a special box with woodland graphics and custom tissue paper, this Bio Beige 3 sports a light brown upper with black-on-black elephant print as well as pops of color from its yellow aglets and orange lining. Dressed in premium suede, this luxurious AJ3 comes equipped with the oft-preferred Nike Air branding on its heel, much like the Tinker Hatfield model that initially introduced this sketch-based look for MJ’s third signature sneaker. Take a look at Timberlake unboxing two pairs of these upcoming  3s below and mark your calendars for its currently scheduled July 9th release date.

Update: According to py_rates, the Air Jordan 3 JTH “Bio Beige” will release on August 28th.