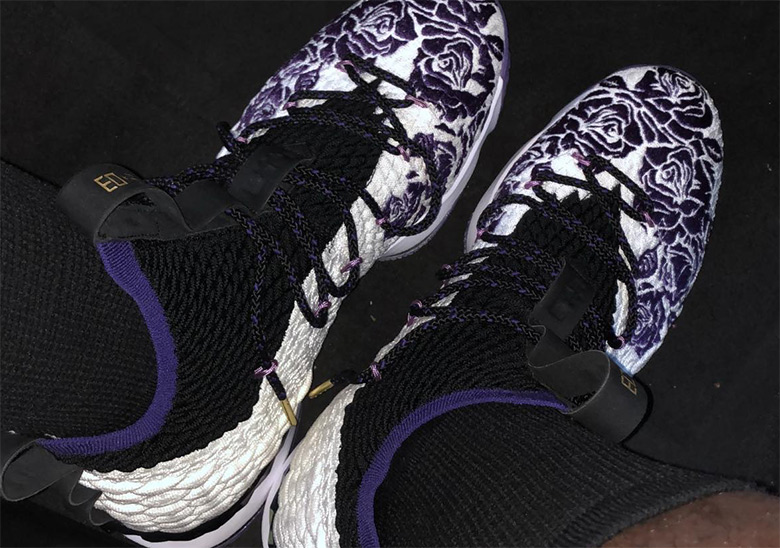 Yesterday, LeBron James and his two sons were in Las Vegas at an AAU High School basketball game to watch Bishop Gorman High School and Dwyane Wade’s son ball out on one of the biggest stages in youth hoops. While doing so, the King debuted a brand new version of his LeBron 15 signature shoe that was later revealed to be a “Purple Rain”-inspired PE. Dressed primarily in white Battleknit, it came equipped with Lakers-friendly purple floral accents and breathe written in black along its translucent Air unit. Serving as a nod to Prince’s 1984 hit album that featured floral patterns on its album cover, it is the second purple PE we have seen James whip out of his closet in Vegas, refer back to his fireproof Zoom Generations as the other. Currently, this pair is not expected to arrive at retail, but you can enjoy a detailed look courtesy of LeBron himself below and stay tuned for updates regarding Lakers-colored footwear from the new King of Hollywood. 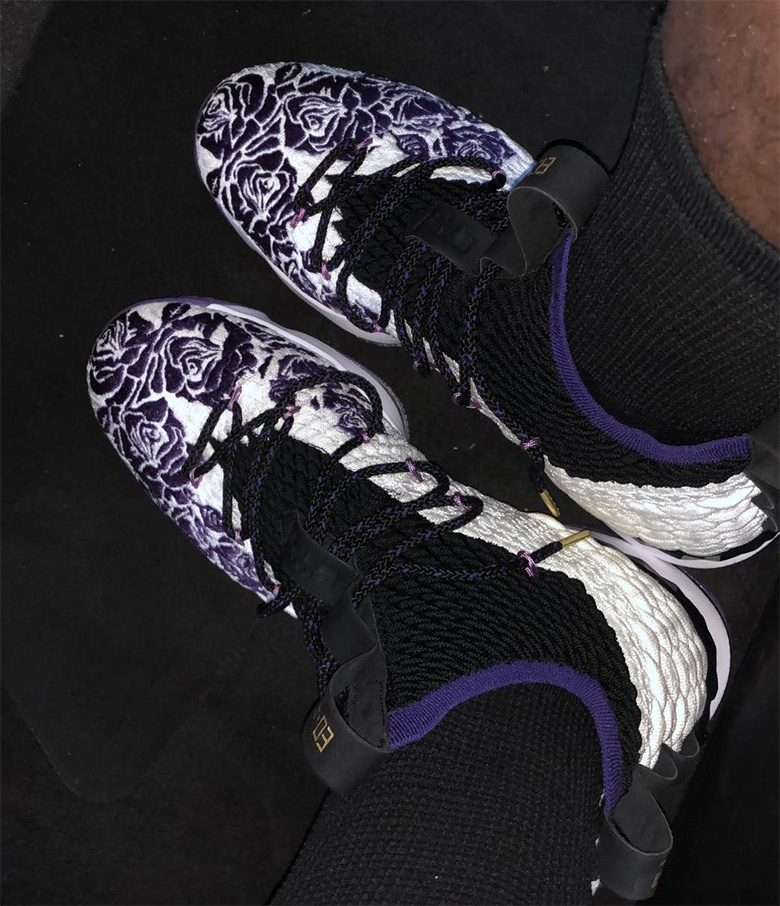 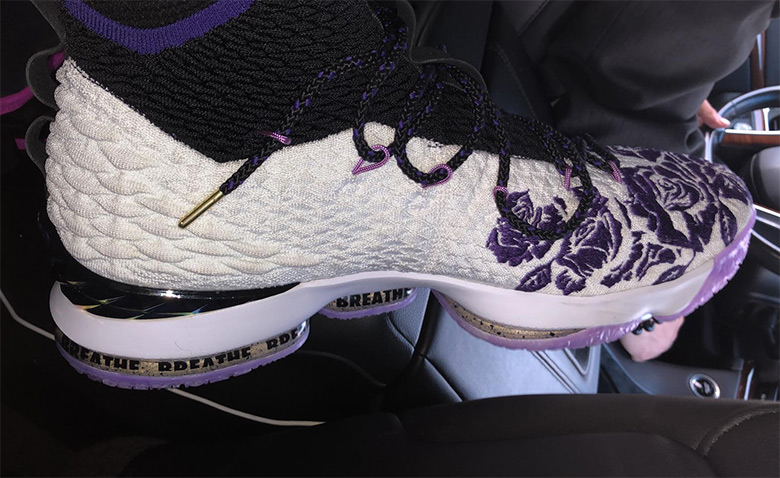