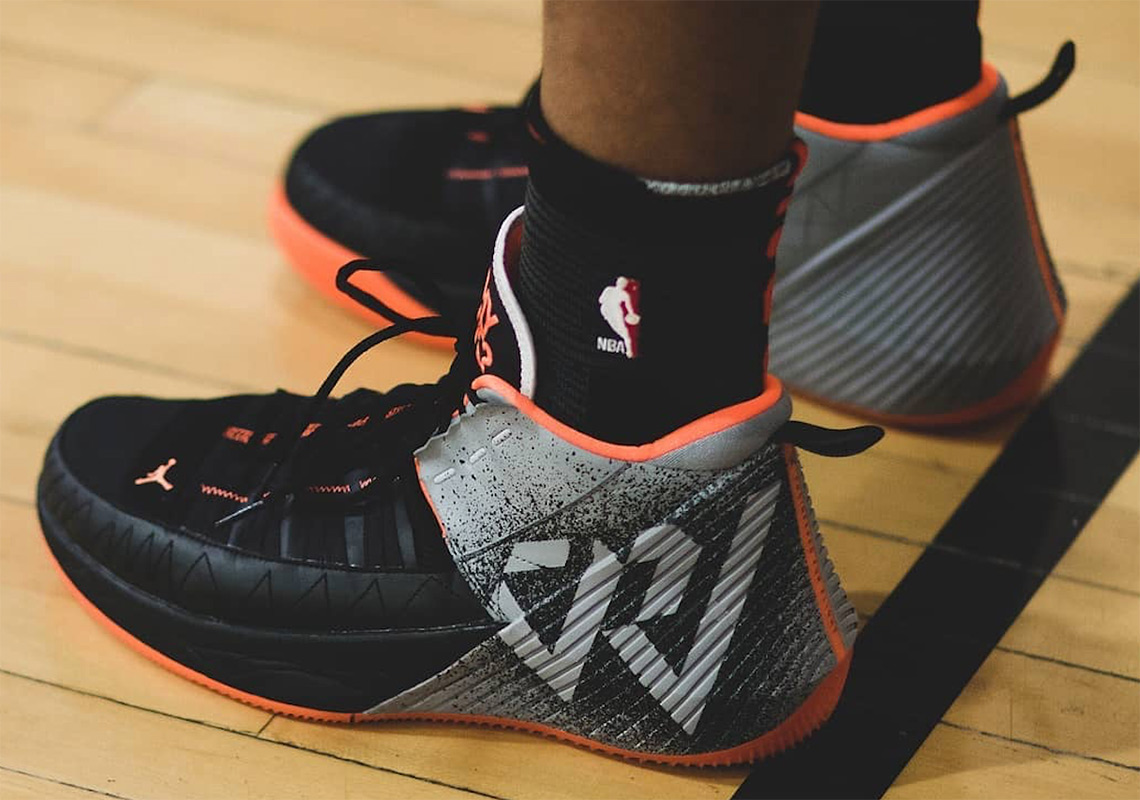 With Summer League officially over, the NBA offseason is in full swing—but that doesn’t mean the league’s elite players are taking any time for R&R. Most are in the gym spending countless, thankless hours honing their craft and trying to ensure that they’ll be in tip-top shape when the season rolls back around this October. Russell Westbrook is one of those aforementioned players who knows no offseason, and he was recently spotted wearing a brand-new Air Jordan shoe that appears to be his next signature model while getting offseason work in.

Arriving in a black, orange, and grey alternate take on the OKC Thunder’s color combination, Brodie’s new kicks feature a heel that bears similarities in shape and design to his Why Not Zer0.1, but the absence of a strap and a new forefoot/midfoot design make sure the sneaker is still unique enough to stand out. Striking Westbrook branding arrives via the spray-painted stencil graphic on the heel and the bold orange Why Not hit on the tongue, and the stark split between the grey heel and the black forefoot plus the blaze orange accents ensures the shoe offers a look that’s as versatile as the athletic point guard’s game. Enjoy a first look at the shoes right here, let us know what you think below, and stay tuned to our Jordan Release Dates page for info and updates on this and other new Jumpman silhouettes.