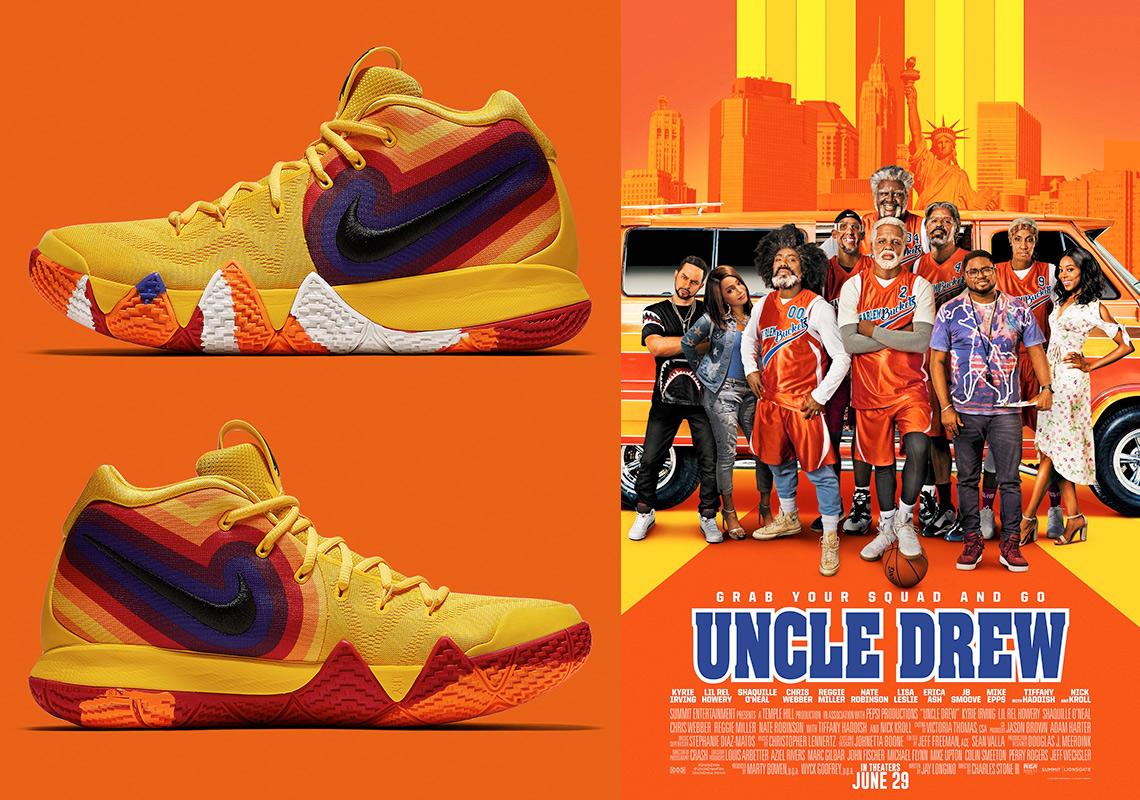 This Uncle Drew Themed Nike Kyrie 4 Is Releasing In August

Between thrilling sneakerheads the world over with unique colors of his Kyrie 4 and delighting moviegoers with his starring role in “Uncle Drew,” it’s been a fruitful summer for all-world Boston Celtics point guard Kyrie Irving. Now, after the two were brought together via a special “Uncle Drew” Kyrie 4 released at the tail end of June, another color potentially inspired by Kyrie’s elderly alter ego is set to release later this month.

Featuring a bright retro color combination nearly identical to the Uncle Drew promotional poster and also bearing several similarities to Uncle Drew’s vintage van, the shoe’s bright yellow upper is awash in color thanks to the purple, red, and orange detailing surrounding the black embroidered swoosh. The colorful cornucopia continues onto the shoe’s outriggers which feature the same bright blend of color, and the retro vibes are finalized with a banana yellow midsole and bright red/orange/white outsole. Look for this alternate Uncle Drew-styled pair of kicks to arrive on Nike.com August 18th for the Kyrie 4’s standard retail price of $130 USD. 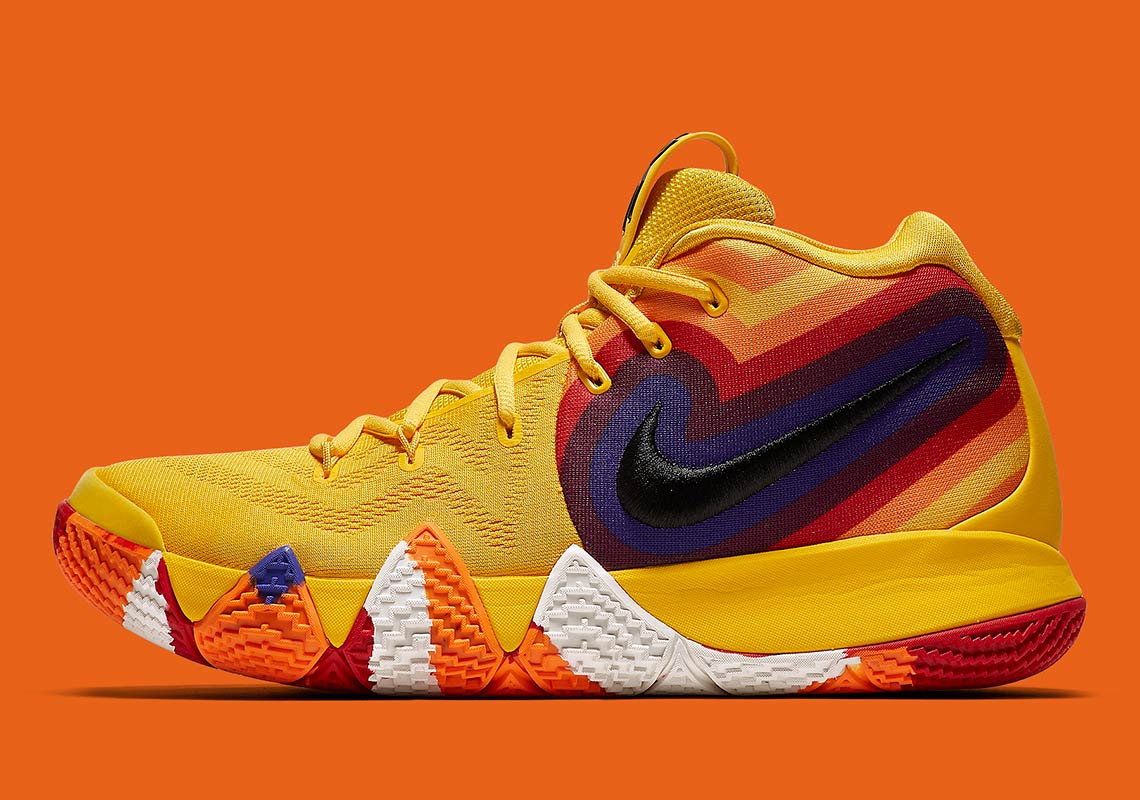 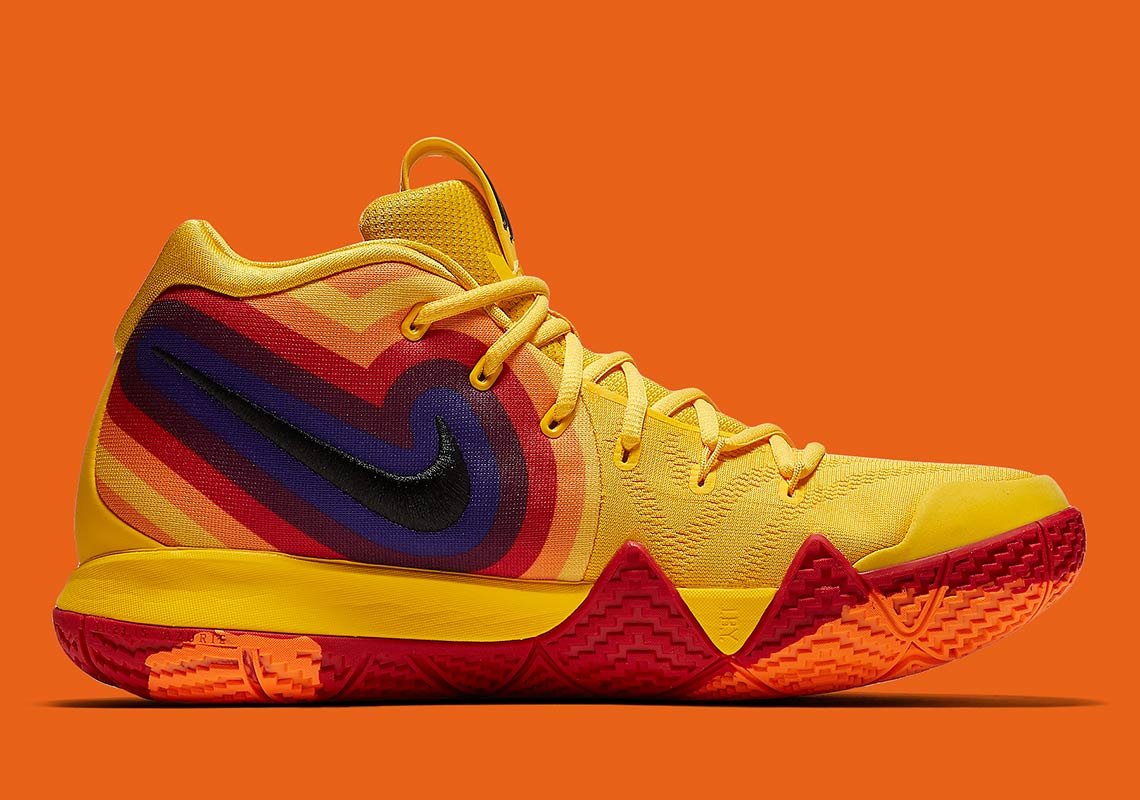 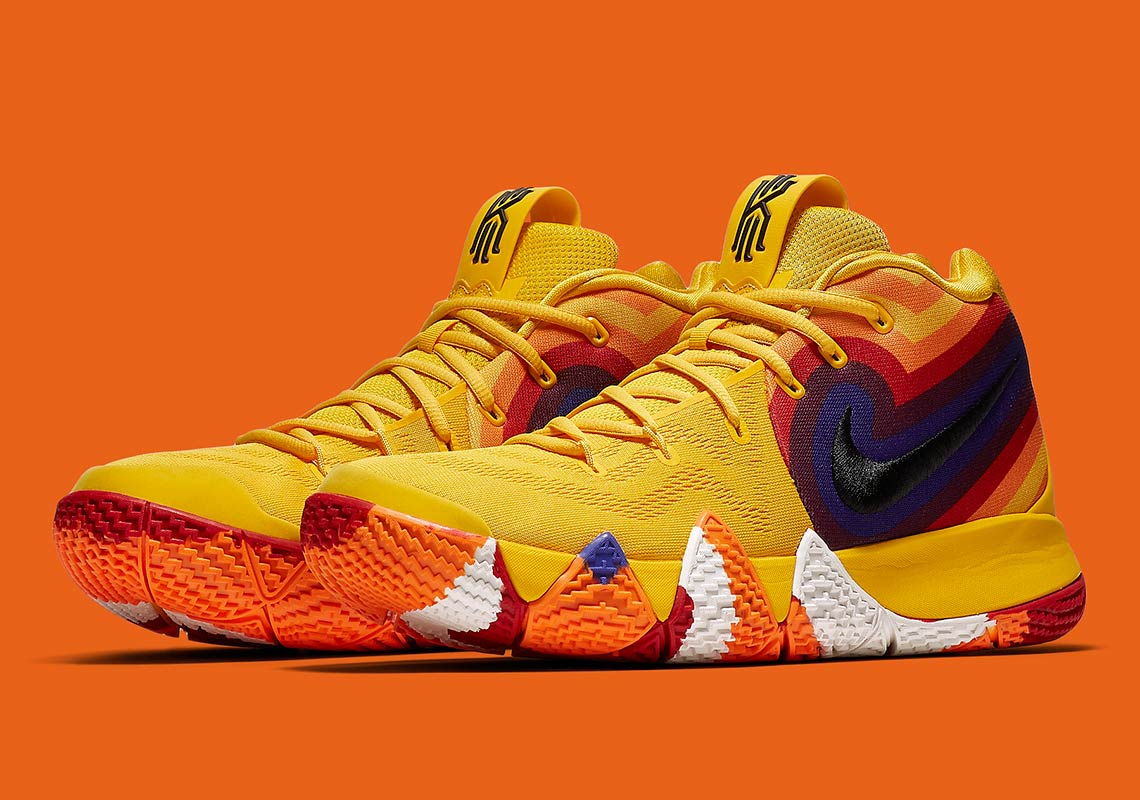 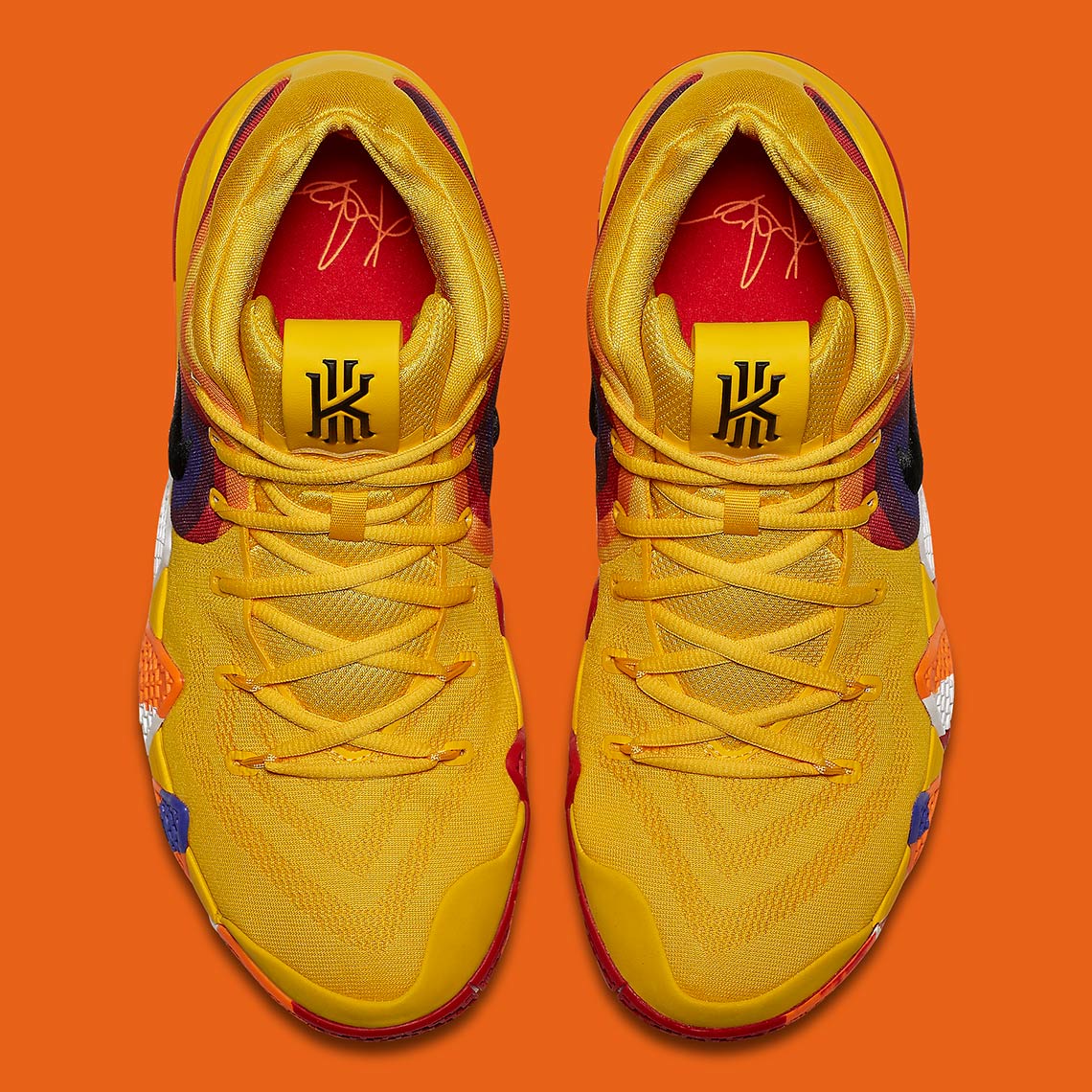 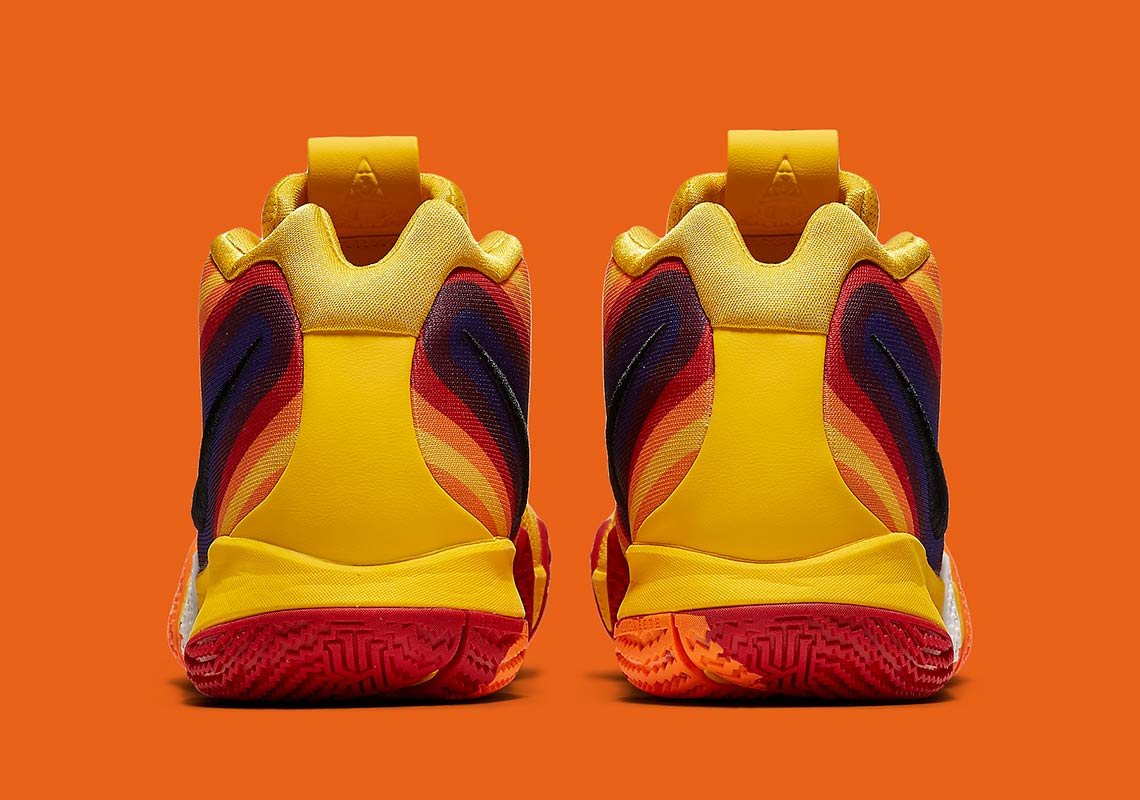 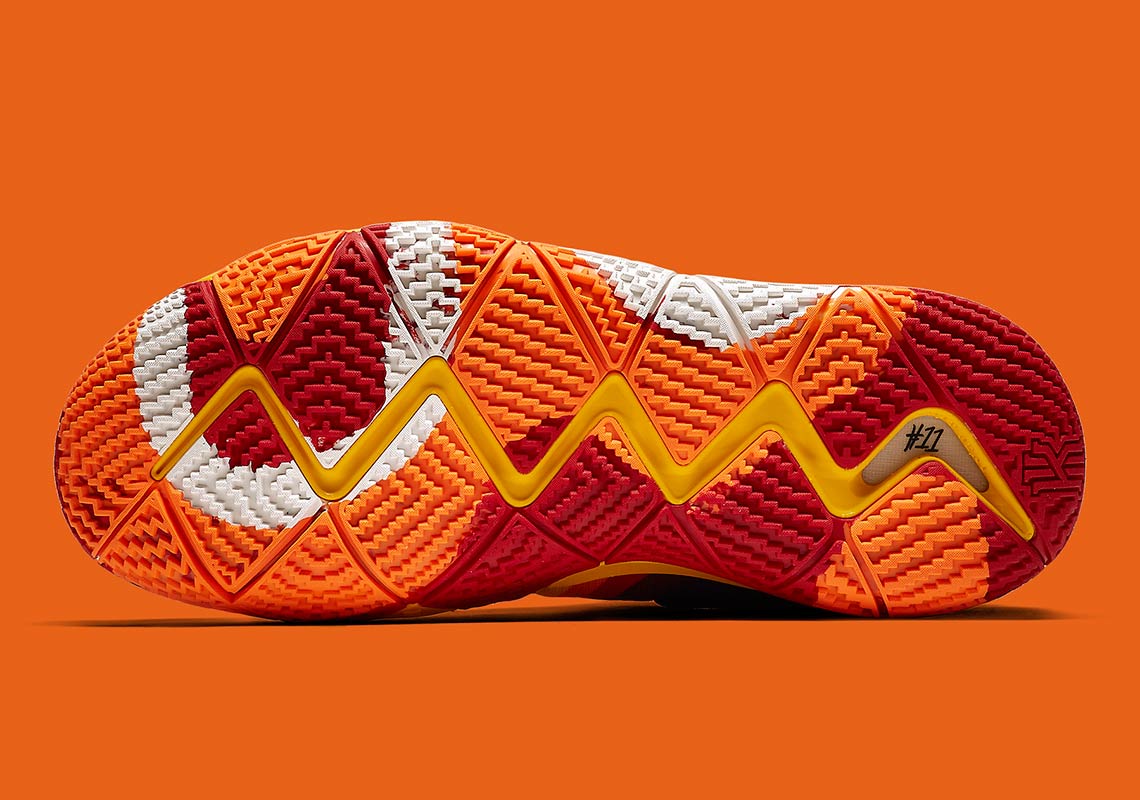